"Another fund exploded, and my friend lost more than 1 million."

On June 10th, Babbitt learned from the community that a wealth management wallet with “holding interest” was suspected of running after 10 days of upgrading, and the investment of one billion yuan was vacated.

According to Babbitt, the wallet of "Running" is called TokenStore.

On May 31, the platform released a notice saying that due to hacking, the system will be fully upgraded and maintained for 10 days, and stressed that the platform will continue to operate no matter what happens. On the morning of June 10th, the main leader of TokenStore China, the person known by WeChat as “Niu Niu”, said in the investor group, “I am very sad to tell you that TS may be really gone.”

At present, the TokenStore official website display has been inaccessible, and the App wallet cannot perform operations such as transfer and transaction.

I want to hold the currency, but I don’t want to return.

According to the platform, Tokenstore is a decentralized smart wealth management wallet with intelligent AlphaGo arbitrage function. TokenStore will automatically distribute the revenue of the AlphaGo arbitrage system to the user's deposit account.

The so-called AlphaGo arbitrage means that the platform can automatically identify the volume, activity, and spread of the world's major trading platforms, and then buy and sell at low prices in the first time to earn the difference. The platform side claims that it can make a profit regardless of the rise and fall, and the monthly income will be 40% to 80%, or even double.

In other words, as long as the user enters the wallet and opens the AlphaGo function, you can “hold the currency” without doing anything. And the rate of return is very high compared to bank wealth management products, and countless investors can't help but feel excited.

"The coins are placed in my own hands. Later, my referee told me that I had so many coins that I could put them in their wallets."

A Cantonese investor told Babbitt that in mid-May he listened to a friend's introduction and transferred his $600,000 Ripple coin to the platform.

"I have no interest on the exchange, and the quilt can wait for it to rise. But now, my family has only left the money to make money for me, and I have been cheated by this wallet."

When the company learned that the platform was running and its own currency could not be taken out, the investor was saddened. When the announcement was issued on May 31, the investor felt bad and wanted to report to the police, but his referee said that he would wait for the announcement. His referrals are now off.

Another woman from Xinjiang reflected to Babbitt that she said in April that after the introduction of a friend, the coin can be placed in this wallet and automatically arbitrage, and interest can be generated. Lock the warehouse.

After listening to a friend's introduction, the woman downloaded the TokenStore APP wallet software, and then purchased 85,000 yuan of bitcoin from the fire currency network and transferred it to the wallet.

"The interest rate has been received the next day, that is, their so-called platform currency, called TSY, can be exchanged for the world's top ten mainstream currencies, and will be received every day."

Due to the busy work, the woman did not have further operations, and later learned that the platform was off the road.

"We have not had time to react, I have used it for 40 days. I still haven't figured out how to operate. I lost 85,000 yuan. There are still hundreds of thousands of people who have invested in it, and they have lost their money. ”

The previous recommenders have already gone to the building.

Have a premeditated funding disk?

"This is a scam in itself. It is the fund that the Chinese themselves make, and then packaged into an international wallet. The original intention of the fund is to lie to us."

A Guangdong investor reluctantly said in the rights group.

It is understood that TokenStore is a digital currency wallet ecosystem created by a group of computer technology geeks, including the Google artificial intelligence AlphaGo technology team and the German computer scientist "East Etheree" Yanislav Malahov and his team jointly developed.

However, according to an investor who has been in contact with a criminal police officer, TokenStore itself is a scam, but the technology outsourcing several people form the core of the marketing team, and there are planned and step-by-step money-making projects. The introduction of the technical team is purely false propaganda, and the background data is only to deceive the outsider's internal disk analog data.

These core personnel include Zhang, Jiang (female), and Li. And Lee is the "bull cow" mentioned above.

Babbitt contacted the contact person of the three people provided by the victim to verify, but the three-person phone has been unanswered.

At the same time, a publicly available information about the TokenStore source code on the Internet seems to confirm this view.

Although some investors realize that it is a fund, they still have luck .

"I knew that this was a fund disk in the morning, and I wanted to earn some points. The other funds are only running in two or three years. Whoever thinks that it will run for half a year, people are not as good as days."

"I decided from the beginning that he would run, but I didn't expect it to be so fast, I only entered three days."

According to Babbitt, the number of registered users of TokenStore is about 800,000, involving billions of funds, and many users invest between 3 million and 5 million.

“My team has millions of dollars, which is the smallest (team). Other teams have entered more than one billion in a month.”

According to the investor, the wallet has attracted at least 10 billion yuan. And users can take away the proceeds of the market every day from the platform, and the monthly rate is 18%-20%.

"There are hundreds of people in our group. There are too many people who are deceived. The people are really losing money. This thing makes us very heartbroken and brings great harm to everyone's family."

Among the investors who suffered losses, there were couples who had just married, middle-aged men and women who did business, and even 75-year-olds . Their investment ranges from several thousand yuan to one million yuan. The original money was used to pay off debts or save lives.

"I have more than 200,000 yuan. Now my father has detected the late stage of liver cancer and has to undergo surgery. I think that it is going to open today and take money to do surgery for my father. It is now worse."

Nowadays, the referees of these victims cannot be contacted, the original investment group has been dissolved, and investors have to embark on the road of rights protection alone.

Since this morning, investors from Shanghai, Foshan, Nanning, Shenzhen, Hunan and other places have spontaneously organized rights groups and collected victim information. As of press time, more than 2,100 people have registered, and according to one victim, the loss in just one place in Shenzhen has exceeded 150 million yuan.

The number of victims and the amount of losses are still expanding.

Babbitt then visited the official website of the TokenStore platform. The official website showed that it could not be accessed. The telephones of the three core personnel who provided the ID card information provided by the rights activists were not connected. The official public number of TokenStore has not been received so far. Reply. In addition, Babbitt could not find more channels to quickly contact the project side. Regarding the follow-up progress of this matter, Babbitt will continue to pay attention.

In the face of this almost real digital currency fraud incident, Babbitt promptly consulted the views of professional lawyers.

Xiao Wei, a partner of a well-known law firm, said that investors should rationally defend their rights when there is no conclusive evidence to prove that the platform has already run. Do not take extreme measures such as screaming and smashing, which will only harm others:

First, don't panic, stay calm, and collect evidence. For the follow-up rights protection road, the most realistic is to collect all the relationships between themselves and the platform, such as platform recharge, investment detail record screenshots, bank water with official seal.

Secondly, since this kind of case belongs to a stakeholder case, the problem encountered by a single investor may not represent anything, but if many people have similar situations, then they can establish exchanges of rights groups, share information, and facilitate public security. The handling of the case has attracted attention.

Whether the principal that the investor is most concerned about can be recovered , Guo Qiao , a law firm, said that it mainly depends on whether there is enough funds on the platform to pay the principal. Xiao Xiao thinks that it is not easy. "Why does a good platform suddenly limit withdrawals, and even people suspect that they have already run?"

It is also the focus of the victim's concern if the investor reports the case and the relevant institution will file a case and file a crime.

In this regard, Xiao Wei said that if the platform is suspected of raising funds for fraud, it is necessary to meet the following filing standards : According to Articles of the Supreme People's Procuratorate and the Ministry of Public Security on the Prosecution of Criminal Cases under the Jurisdiction of Public Security Organs (II) The provisions of the [funds fraud case (Article 192 of the Criminal Law)] for the purpose of illegal possession, using fraudulent methods to raise funds illegally, suspected of one of the following circumstances, should be filed for prosecution: (1) personal fundraising fraud, the amount is 100,000 yuan The above; (2) Unit fund-raising fraud, the amount of which is more than 500,000 yuan.

Finally, Xiao Wei reminds investors that investment must be risky. In order to avoid investment losses, we must carefully select the platform before investing, and screen out several platforms that are safe and have good returns. We cannot put "eggs" In a basket, to spread the risk. In addition, platforms with abnormally high yields should be vigilant and cannot be easily believed. Investment should also be done with the help of strength, not to swollen face and fat, once the failure is finally debt. In short, I hope that the majority of investors can face the risks and not blindly follow the trend.

Liu Xiaochun: The issuance of digital currency by the central bank has nothing to do with the internationalization of the RMB 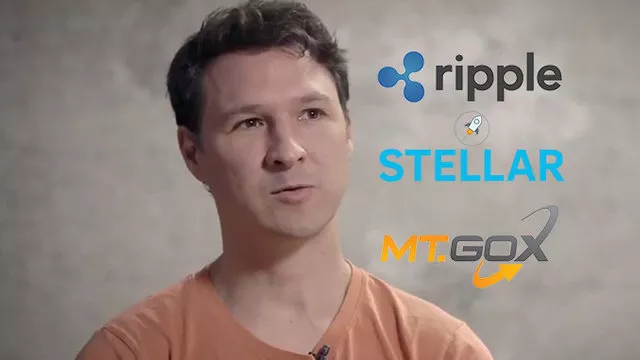 Radio and Television Express: Explanation of the patent of "blockchain-based access control method and device"