"If you give you another chance to re-select, what do you do?"

For many people, this may be a problem they often face when they think about the turning point in their lives. There is no doubt that not everyone will have a clear conscience about their choices, even if they put them in that position. The reason for this is that in most cases, everyone's choices are only "limited freedom" – although there are multiple options in front of them, these options are often not satisfactory.

For Wu Jihan, perhaps this situation has also been faced. In early June 2019, the long-lost former CEO of Bitcoin was exposed to heavy news: a new startup will be launched before the end of July this year. The direction and reasons for his second venture have also become the focus of discussion in the industry.

In the movie "The Matrix", Matrix is ​​a huge network connecting countless people's consciousness. Wu Jihan chose to name the new project "Second Venture" as Matrix, and it seems to show the grand idea of ​​building a virtual world.

Matrix was originally a trading and asset custodian within Bitcoin and was converted into a subsidiary in February of this year. With Wu Jiehan retiring from the Bitcoin CEO at the end of March, the company also separated from the BitContinental system. At this stage, the main business is: one is over-the-counter trading services, and the other is the management and lending of digital assets.

It is worth mentioning that although the Matrix is ​​an independent startup from the perspective of interest structure, in the process of its establishment and development, it has utilized many resources of the mainland: its executives are mostly bit continental. Former employees; many customers (such as mine owners with borrowing needs) are also mainly due to the accumulation of Wu Jihan in the bit continental period.

Therefore, although Matrix has no direct interest in Bitland, it seems to be too much to regard it as a project of “incubation” in the disguised form. After the exposure of Matrix's business, it also attracted a lot of attention in the industry. Many observers also interpreted the new actions of the former CEO of Bitland as an exquisite layout. 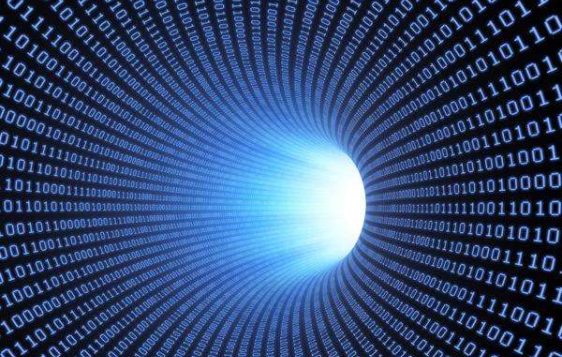 Trading and digital lending are the main traffic portals currently visible in the industry.

For institutional investors, due to the large amount of funds involved, it is difficult to conduct a virtual asset transaction through the trading platform.   OTC (over the counter) is a more convenient way.

How big is this market? At the end of 18, there were reports that institutional investors were gradually entering through OTC, and companies such as Coinbase and Circle , which were the first to introduce OTC systems, provided a surge in over-the-counter transactions.

Data released by Circle, a Goldman Sachs and Bitcoin investment, indicates that Circle's data indicates that it provided more than 10,000 OTC transactions to more than 600 different parties in 2018, involving 36 different encryption assets. The overall transaction volume is $24 billion. Although Circle has opened a branch office in Hong Kong, there are not many companies that can provide relevant businesses in Asia and have sufficient influence.

Moreover, asset custody and mortgage lending are also the financial business that has emerged with the development of virtual assets in the past two years. Hosting services for institutional investors' digital assets after entering the market is also a trend. During the bear market in 2018, Coinbase and a large number of foreign financial services organizations have launched digital asset custody solutions for institutional investors, including Coinbase requirements. The custody balance is no less than $10 million. According to Bloqboard's 18-year statistics, on December 31, 2017, the total amount of digital asset loans was $6 million. By December 31, 2018, the figure had grown to $71 million, an increase of 1083%.

On the other hand, "flow thinking" is the "Internet fate" that the blockchain industry is trying to break free from, but it is temporarily difficult to escape. Because from a realistic situation, market opportunities may not be as high as they think. The reason is simple: timing.

Specifically to the two big business of Matrix: the trading platform needless to say, no matter the on- and off-site, it is already a very congested track; the OTC providing large-value service has a longer history than the ordinary OTC service. In fact, there are There are not many institutions that provide and purchase large amounts of digital money.

For the digital lending and asset management business, the necessity of its existence is more reflected in the asset plunging last year and the value investors reluctant to sell. With the market going up in 2019, investors' attitudes have turned a lot, and the demand for digital lending has declined. Due to the lag effect, related service providers are still growing rapidly.

That is to say, for Matrix, no matter which track is entered, it is equivalent to chasing the mountainside (even the top of the mountain), and the opportunities are relatively limited, at least not as good as the mining machine business in 2014.

In this situation, Matrix has only pinned its hopes on another potential: it is to make full use of its resources in the original business (mine machine, mining pool, bit cash) to achieve corner overtaking.

But large-scale cross-border calls of resources are not simple.

First of all, in terms of OTC transactions, the relevant resources of the former Bit Mainland CEO are mainly their mining pools. The “white coins” produced by them are just dug out and there is no transfer record, which is said to reduce the risk of traders being involved in “black gold”. The risks involved.

The amount of demand for white coins and how much competitiveness and traffic it can add to the Matrix platform is still an unknown number that is difficult to quantify. After the emergence of Matrix, OTC “white coins” is not an OTC advantage that has been widely noticed by the industry. .

In the digital finance arena, many times the interest differential is not the only core competitiveness . Since borrowers are often required to pledge several times the deposit for releasing money when providing lending services, they will be more concerned about the security of the mortgaged assets. In this respect, decentralized chain lending is more advantageous in risk prevention and control than centralized management , and for the experience of the lack of centralized operation of the Matrix, how much advantage depends on Tested in the market.

As can be seen from the above two points, the "drainage" strategy in the Matrix plan, like the previous N cases, is more likely to stay in theory. After all, no matter how close the relationship is, the top of the mall still has to rely on the interests to speak.

The choice of Matrix in the direction of business may be the subtlety of the situation after the trial, and it is said that the limited choice of the original mining industry at the time of the sunset is also not bad.

In the long-awaited "California Gold Mine" story, some people mined and some sent water. There are gains in mining, and the sale of water and shovel is guaranteed. In fact, Wu Jihan’s second choice is more like a service provider of blockchain. Popularly speaking: selling water.

Looking back at the development of the blockchain, "service providers" have maintained relatively stable income while the "clinker technology attacking the brigade" struggled. Even reached the point of "lying to earn".

Although Wu Jihan has stepped down from the position of the CEO of Bitcoin, Bitcoin has not successfully achieved an IPO within his tenure, but people still have reason to believe that this "the youngest billionaire in 2019" (Forbes Review) The amount of cash reserves is still enough to support him to do what he really wants to do. In this case, he still rushed to the “selling water” business that was already close to the Red Sea and was guided by the traffic business model.

In fact, for service providers, core competitiveness is often not directly from the blockchain technology level, but also from other areas of technology, as well as business model level innovation. For example: the platform's gains on the exchange, the quality of the available trading targets, the integration of the global resources of the mining supply chain, etc…

For service providers that rely on non-technical factors and business model orientation, although they can make a profit in the golden age, if the technical route or business model of the industry changes, the basis of the original business model will be greatly affected. Impact .

In the blockchain industry, the typical example is the transformation of the consensus mechanism , which has led to the gradual decline of the voice of the former industry leader Bitland; the rise of DEX and the alliance chain has brought certain influence to the centralized trading.

Therefore, the business model-oriented blockchain enterprises that mainly carry out “selling water services” may face higher operational risks in development than the “technical attack-oriented” technology-oriented R&D-oriented part. Project . If you don't pay attention, you may be left behind by the train of the times, so that the sense of presence and voice is greatly reduced.

When it is free to choose the track, Matrix is ​​still aiming at the OTC and asset management business that can best integrate the original resources as an entry point. What we have experienced behind the choice is not known, but if we want to be in the existing Sub-fields have produced obvious waves. Even with the brand name of Wu Jihan, the “big IP”, how to build a better business model and seek recognition from the market will surely go through an indispensable exploration process.

Message Mining No. 251: How do you see Wu Jihan's new project Matrix? Can he succeed? Feel free to share your opinion in the message area.

"I must come back to…

Uncovering the next big game…

The founder of CoinGeek advertised that "the judge ruled that Oban is Cong Sung Cong" and was attacked by netizens.