Recently, at the Financial Technology Forum hosted by the US Securities and Exchange Commission (SEC), Paul Brody, head of global innovation at the blockchain of Ernst & Young, the Big Four accounting firm, spoke about DAPP. He believes that "most DAPPs are currently For gambling and games, there is no real use. If more technologies are put into the business of distributed computing, real estate, infrastructure, etc., DAPP will make a huge contribution to the advancement of science and technology." From the conversation of Paul Brody, it can be seen that with the rapid development in recent years, DAPP has attracted many investors and users to pay attention to it, a large number of DAPP came into being. However, there are only a handful of DAPPs that are effectively utilized. It’s a pity not to say no. Today, we will talk about DAPP in terms of definition, practical application and value.

In 2008, Nakamoto published a white paper on Bitcoin in the community. At that time, the Internet began to enter people's lives. The concept of digital currency is still vague, and DAPP is no one to mention. As the price of bitcoin is getting higher and higher, up to the top of the $20,000, at this time, digital currency has been known by more and more people, and DAPP has begun to attract market attention.

DAPP (Decentralized Application), also known as "decentralized application", can directly acquire data and process data in the chain by operating core logic or data on the blockchain, thus avoiding centralized server access. A decentralized open source application. APP is also called "client application", which mainly refers to the software application installed on the smart phone. The data is transmitted to the server through the operating system to realize the normal operation of the software. The operating system here includes the IOS system which everyone is familiar with and Android, which is controlled by a centralized server. DAPP implements data chaining on the blockchain and is decentralized, which is the biggest difference between it and traditional APP. 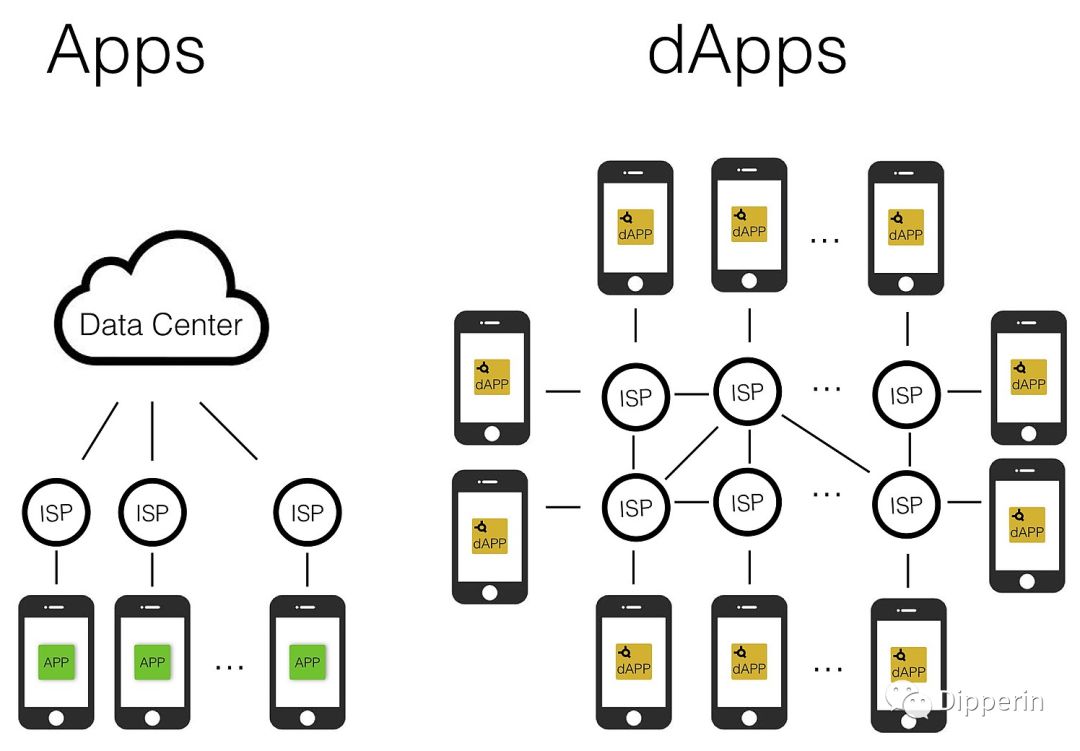 After several years of development, there are nearly 2,700 DAPPs currently running on the market. Except for a few daily users, the majority of others are in an obscure state. Of course, there are also some DAPPs that have caused a sensation. The most famous cases are SatoshiDice, CryptoKitties, and FOMO3D.

SatoshiDice opened the first block of blockchain gaming. By assigning different odds, the user transfers the bitcoin to the specified address, and the game automatically calculates the winning or losing. If it wins, the system transfers to the bitcoin. Prior to 2013, SatoshiDice was the first major application of the Bitcoin network, which once occupied half of the network's trading volume during the peak period. In December 2017, after the V god praised, the blockchain game CryptoKitties has since been popular. Before the game went online, the ETC's pending transactions barely broke through 5,000. After the game went live, the transaction volume on the Ethereum went up linearly, reaching a maximum of 20,000, even once the Ethereum network was paralyzed. At that time, the most expensive CryptoKitties was priced at up to 600+ETH. The game itself does not come with cryptocurrency, and its fire is just using blockchain technology to confirm ownership of the game's characters. CryptoKitties really opened up the era of blockchain games. After that, there are many games that imitate their models. The most successful ones are the Ethereum, the Leitz. 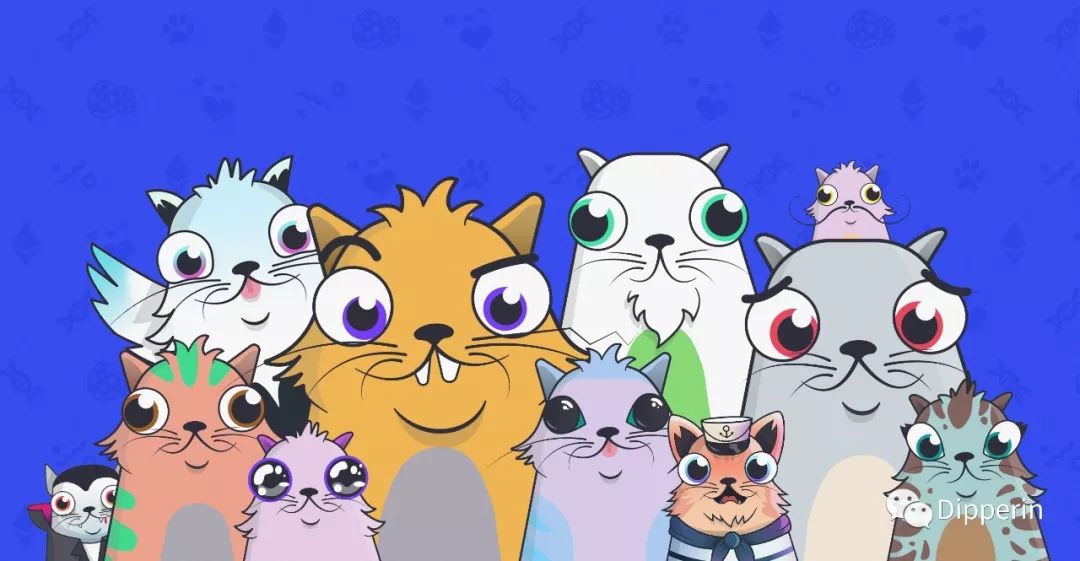 To say that the hottest DAPP in 2018, Fomo3D called the second, there is no other dare to call the first. Its operating mechanism can be simply summarized as "decentralized funding, panic buying, airdrop small prize pool, and the last one to win a super prize." Such a pyramid scheme gambling game, the user rose 150% within 24 hours of the online, the volume increased by 1500%, and finally became the first place in the E-flat DAPP active version. The greed of human nature is unobstructed. After that, countless DAPPs that use human weaknesses appear, the most famous of which are various Fomo3D imitation disks and EOS imitation disks. 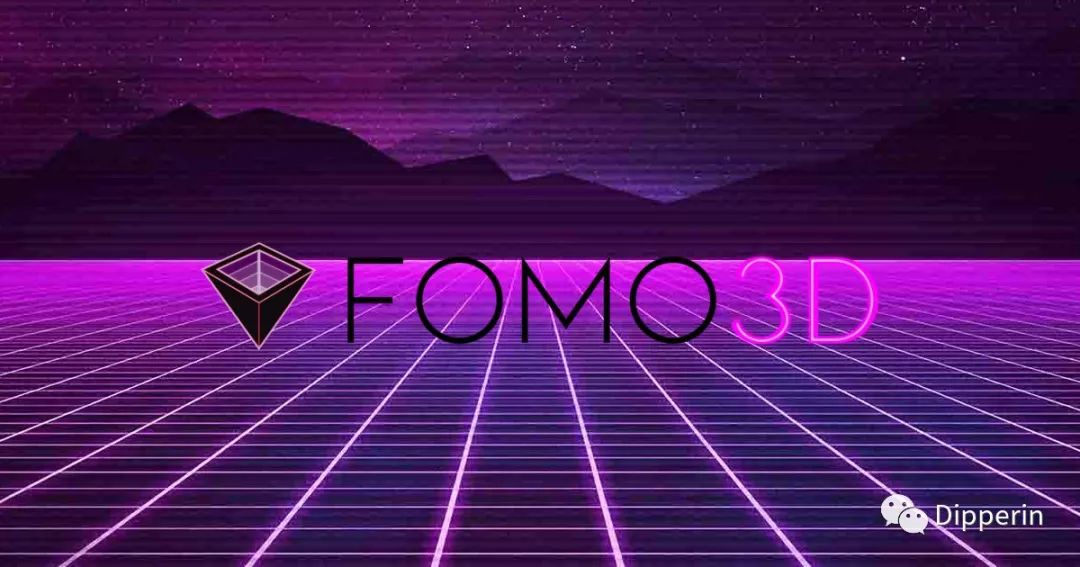 As far as the current status quo is concerned, 30 of the top 50 DAPPs in the daily life are gambling games. The lack of single and good creative scenes makes DAPP difficult to compete with traditional APPs in a short time, but this does not mean that DAPP does not. Promising. Just like the Internet a decade ago, the PC side occupied half of the game application. The Apple App store has just launched some fool-like games, but as the technology and promotion channels become more mature, the game production in the Apple App store More and more sophisticated, the popularity has begun to rise slowly, and even now can compete with PC-side games. And all this is only a short ten years.

In the era of Internet 1.0, at that time, the website was still static. Users could only perform simple web browsing. The browsing content was limited to text and images. This is also an important point for Yahoo, Sina, Netease, Sohu and other news portals to stand out at the time. factor.

With the advent of the Internet 2.0 era, a single text + image format can no longer meet the needs of users, and web pages containing audio, video, flash and other modes have quickly become mainstream. During this period, a large number of desktop software applications began to appear, including the current social giants facebook, Sina Weibo, Mytube and so on.

Compared to Internet 1.0 and Internet 2.0, the biggest difference in Internet 3.0 is the introduction of the concept of decentralization. If Internet 1.0 and Internet 2.0 are a small advancement in the era of technology-driven, then Internet 3.0 is a great leap forward in the era of technology-driven. For example, in the past, people saved money in banks, banks earned big money through various behaviors, and we can only earn interest from bank alms, that is, we have been working hard for banks. The emergence of the blockchain is different. People no longer deposit their money in the bank, they are all saved in the blockchain agreement. There is no middleman to make a big profit, and the dream of realizing their own money in their pockets is realized. .

DAPP has many advantages, but its shortcomings cannot be ignored, such as lack of good ideas, difficult marketing, strict government regulation, and its own restrictions. Therefore, national-level applications such as WeChat and Vibrato are still temporarily It is difficult to appear in DAPP, and this phenomenon is only possible with the development of technology. During this period, we only have to wait patiently.