The amount of trading fraud has been ridiculous for the people of the coin circle, but all along, there are always blockchain institutions willing to provoke the task of falsifying the real thing, presenting a more realistic currency circle for everyone.

After several months of algorithm research, BTI said in the latest report that on Coinmarketcap, 17 of the top 25 exchanges in the transaction volume reached 99%, and some even reached 99.5%, which means 10 million yuan. Of the volume of transactions, only 50,000 are contributed by real users!

I can't imagine how much real data is left after the false currency is claimed.

Turning a blind eye to the illusion of prosperity

Not only the exchanges are brushed, but some projects are also big-handed: 85% of the trading volume of the wave field and the Ethereum classic are brushed, and these two are the top 20 items in the currency circle, not to mention the general ranking. The project is gone. 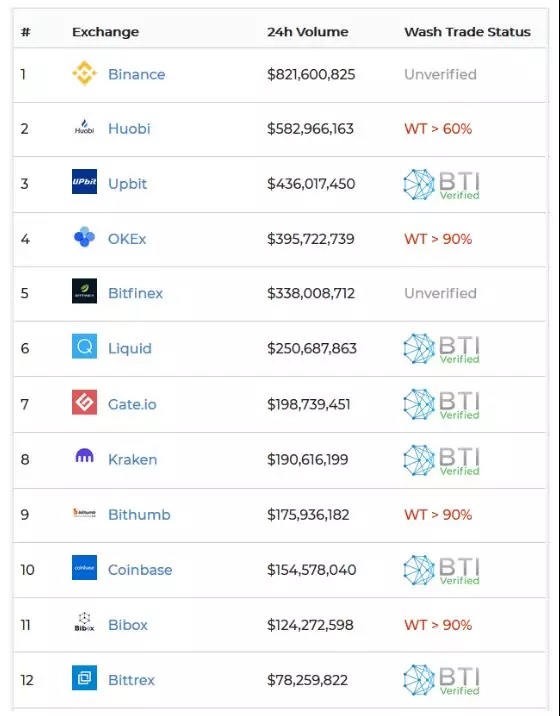 On the exchange, brushing can make you look like you have a beautiful set of trading tables, which are higher in the ranking website and charge higher invoice fees. On the project side, the brush can be incremental for yourself, compared to the real one. Doing things, these indicate that Kung Fu may make investors come faster .

At the level of the exchange and the project side, BTI's actions are not good, but the currency circle needs people who tell the truth.

Perhaps this report once again pointed the cryptocurrency world to the nature of deception, but what is embarrassing is that the screams of "forgery" and "falsification" have not caused much commotion in the market.

The amount of trading fraud is like an elephant in a room. It should have been despised and opposed. Most people in the currency circle turned a blind eye to it . Obviously, in the face of a false and prosperous market, people are more concerned about whether they can make money.

Since the advent of Bitcoin, as time goes by, the currency circle seems to have become a game of capital competition, and Bitcoin has gradually begun to run counter to the original intention of Nakamoto .

Regardless of the motives and logic of these controllers, since the problem is discovered and the problem is pointed out, the original source is always good. In fact, national regulators have also been cautious about entering cryptocurrencies into the mainstream market.

On June 9, a document on the Japanese Ministry of Finance website stated that the G20 leaders asked international regulators to monitor the risk of cryptocurrencies and called for a multilateral approach to the proper functioning of cryptocurrencies. 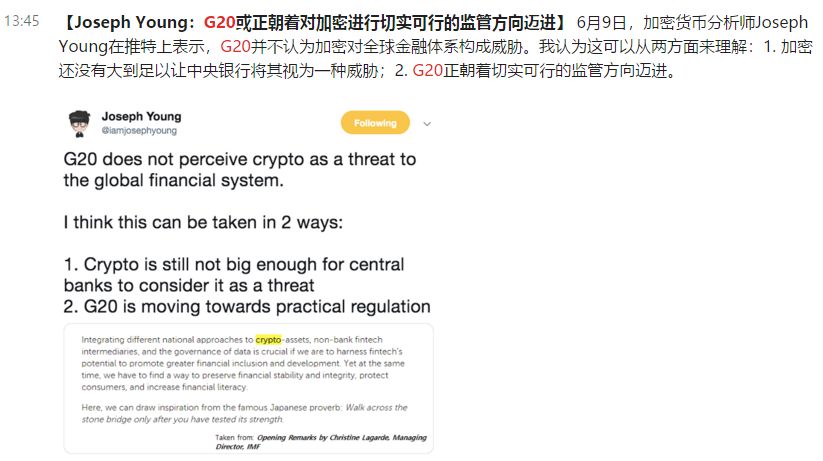 At the same time, the document said that technological innovations such as blockchain technology can significantly improve the financial system and economy, but while crypto assets do not pose a threat to global financial stability at this time, they still need to be vigilant about risks, including consumption. And investor protection, anti-money laundering and other related risks.

Whether you like it or not, the development of the cryptocurrency industry is inseparable from regulation. Reducing fraud and manipulating events can allow cryptocurrencies to enter a wider population.

The preconditions for the SEC to approve bitcoin ETFs or other mainstream market acceptances are by no means a false boom. Because as an investor, the biggest centering agent is the degree of truth and trust, and a "game" full of manipulation and forgery is not accepted by the public. Of course, if you only have high returns in your eyes, and there is no common sense that the benefits are proportional to the risks, you can't see the illusion behind the bustling, then I didn't say.

Many people say that this market is very chaotic, but in the face of the benefits of cryptocurrency, the body is very honest. Because everyone is always willing to believe what they want to believe, not the fact itself.

Although the brush volume has become the default behavior of the currency circle, the lack of accuracy and transparency is ultimately unfavorable for the development of the entire industry. Who knows whether the cost of false prosperity in front of the world is accelerating the disappearance of the encrypted world? What should be left in the currency market after removing these false data?