For the digital currency market, May 2019 is undoubtedly an impressive period. In a month's time, Bitcoin has suddenly made a force from 5000 points, and it has broken through another pressure level, even Once approaching the 9000-point mark, countless industry insiders shouted "the bull market has arrived" in an accident. Despite the controversy over whether the new round of cycles has begun, in most people's view, the digital money market has completely gone beyond the bleak haze at the end of last year.

People's accidents are justified. Strictly speaking, the root cause of the market in May comes from there. There is still no accepted conclusion in the industry. Most importantly, the digital currency market and the blockchain industry as its fundamentals have a very disproportionate departure: when the world is looking at the currency and capital, many companies in the chain still Without the shortage of funds, some start-ups are still struggling on the profit and loss line or even the life and death line due to lack of sufficient support. According to data released by a previous media, the blockchain industry's equity financing in May hit a new low in the year. Although the market's desire to invest seems to be rising, its main form of capitalization is short-term hot money focused on digital currency IEO speculation, and not interested in the “value investment” of blockchain companies. The currency circle and the chain circle show a contrasting "ice and fire".

Why is this happening?

I. The impact of macroeconomics on the blockchain industry: support in the early stages of development

Just as many of the world's problems do not have a standard answer, there are many reasons for the blockchain industry's financing to be cold, and the weight of each factor is not clear. All along, the external analysis mainly focuses on subjective reasons such as the decline of the industry image, the failure of technical development, and the disappearance of information asymmetry caused by the popularization of enlightenment education. But many people seem to ignore one factor: not people don't want to vote, and sometimes they don't have the ability to vote, just like ordinary people's "fixed investment strategy" during the bear market. The most important reason for not being able to invest is that it stems from a strange word in the currency circle – macroeconomics.

For many friends who are engaged in high-tech industries such as blockchain, when they see the word “macroeconomics”, there will be a sense of distance, especially in many developing countries in the process of urbanization and industrialization. “Macroeconomics” is often associated with a variety of traditional industries, even stupid black and heavy industries. After all, no matter how much the difference between the traditional industry and the technology industry, the industrial cycle between the two is different first—the traditional industries (including steel, chemicals, banks, etc.) often present The Niez curve is dominated by the volatility cycle, while in the past decade or so, the emerging industry (such as the Internet) has grown in a turbulent upward trend. This kind of different industry cycle has made many people intuitively feel that emerging industries and traditional industries are not guilty of water, and there is no direct relationship.

However, this may not be the case. Although the development cycle of high-tech industries is different from the development cycle of traditional industries, the problem is that those technology companies that are compared with traditional industries are often formed in mature businesses. After the mode is accepted, it will be included in the discussion. A typical example is that some mobile Internet companies after 2011, especially like pay-as-you-go games, not only do not conform to the development track of traditional cyclical industries, but even exhibit counter-cyclical characteristics to some extent. However, like these small enterprises in the blockchain field, they are still in the early stage of development, and have not yet found a mature and reliable business model, lacking the ability to make their own blood. Therefore, the funds they rely on actually come from investment institutions. Where is the money from the investment institution? You guessed it, it was raised from practitioners who came from traditional industries.

In this way, high-tech industries such as blockchains, which are in the early stages of development, are linked to the macro economy and even the stupid traditional industries. Even if there is a sense of distance to the latter, it must rely on the latter's funds to maintain survival. It is as if many young friends often look down on the life style of the older generation and often preach "we are different", but whenever When the living expenses are not enough, or when you want to buy a car to buy a house, you still have to pay a lot of money to borrow money from a generation.

Second, the macroscopic leverage rate of three fluctuations of the revelation: the birth time blockchain

Specifically, the links between macroeconomic development and technology industries such as blockchain. Since the development of China’s economy in the past 20 years has largely come from the “endogenous consumption” caused by the demographic structure and the investment (such as real estate) driven by it, it represents the macro leverage of monetary policy. It can reflect the expansion and contraction of the economy to a certain extent. As can be seen from the following figure, since the 21st century, the macroeconomic leverage and the science and technology field have experienced three “lifting” cycles:

As China joined the WTO in 2001, the domestic total savings rate continued to rise, and the difficulty of corporate debt financing was greatly reduced, which directly led to the accumulation of debt and the increase in leverage. In turn, it has led to the development of Internet projects including e-commerce. With rapid economic growth and moderate debt growth, the macro leverage ratio has declined between 2004 and 2008. Since the de-leverage at this stage is passive and has not caused the economy to cool down, it is not too big for the science and technology field. Impact.

With the opening of the 4 trillion plan, China’s macro leverage has risen rapidly in 2009. Under the support of the hot money, the 2010 science and technology field has spawned the most intense subsidy competition in history – namely The Thousand Regiments battle occurred in the group buying field. However, as the regulatory authorities realized in 2011 that the possible sequela of the 4 trillion stimulus plan (such as local government debt) began to strictly control the bank to provide credit to the financing platform, the macro leverage rate began to Falling down, although the magnitude is not large, but for the major group buying companies that have tightened the string, the cash flow at this time can not be broken for a moment, and the smashing of the subsidy is extinguished and the curtain is finally closed. A group company.

The stringent measures of the regulatory authorities in 2011 did not last long. Since 2012, with the local debt soaring, the macro leverage rate has also continued to rise. During this period, China's venture capital market ushered in the most golden moment: the breakthrough of mobile Internet technology has greatly stimulated the confidence of the market, and the capital market with sufficient ammunition has also poured huge amounts of money into the field of science and technology. Throughout the past few years, a series of concepts – whether it is the Internet of Things, big data, cloud computing, artificial intelligence and other cutting-edge technologies, or O2O, sharing economy and other business model innovations, are emerging in this period, and burned The speed of money is one more than one. However, with the start of financial deleveraging, the trend of monetary expansion is no longer, and the development of cutting-edge technology and business models is lower than external expectations. The above concept is once again in the same stage as the group purchase in 2011.

From the above analysis, we can easily see why the financing situation currently faced by blockchain startups is not optimistic. This is not only because of the subjective factors that people expect too high for this technology, but another factor that cannot be ignored: The development of the blockchain industry has just caught up with the period of financial deleveraging. The tightening of monetary policy has made the outside world not have enough funds to invest in this seemingly illusory new concept. This is the blockchain innovation project. The development is limited by macroeconomic reasons.

Third, the stability of the digital currency market may be higher than the blockchain industry

From the fate of blockchain and digital currency, and the impact of macroeconomic development on this emerging technology, we can draw a rather subversive conclusion: that is, for the capital market, the digital currency market, the block The equity market in the chain industry is more attractive and vital. Because the former satisfies to a certain extent the social rigid demand for the "lower night" and "crossing the class" at the bottom of Maslow's theory, while the latter publicly claims that the goal is "social decentralization". “Renovation of production relations” and “community alternative enterprises” are “(quasi) self-realization needs” on the high level of Maslow's theory. Obviously, for the outside world, the former's goal is to be tangible, more attractive than the latter, which is ambiguous and seemingly out of reach, which determines the digital currency industry will be better than the block. The chain industry is more sustainable attracting capital. Although the mainstream public opinion is decently considered, it sometimes claims that “bitcoin is dead and the blockchain is eternal”, but the actual situation is likely to be the opposite. Under the blessing of more stable capital flows, the industry fluctuations of the digital money market It may be smaller than the blockchain field. In the first half of the year, the financing and even survival of the currency market and the chain of ice and fire are the best embodiment of this situation. In this case, for many blockchain companies that are confused, there are two points to note:

1. We must try our best to survive until the next round of macro leverage. Try to avoid selling the company at a time when the blockchain concept is low, because it is no different from a low-value shipment. When necessary, it is possible to finance on the slightly stable digital currency market through tokens on the basis of established products. After all, to some extent, a considerable part of Internet applications can now be called It is "decentralized."

2. Continue to polish its core competitiveness and find potential business models. After experiencing the baptism of the previous round of “blockchain revolution”, the society now has a certain understanding of the “blockchain”. It is impossible to obtain funds from the capital market by relying solely on the concept of speculation. Qualified products or business models are the key to conquering the capital market in the future. After all, being able to live until the cycle comes is one thing, and whether you can benefit from the soaring leverage is another matter. 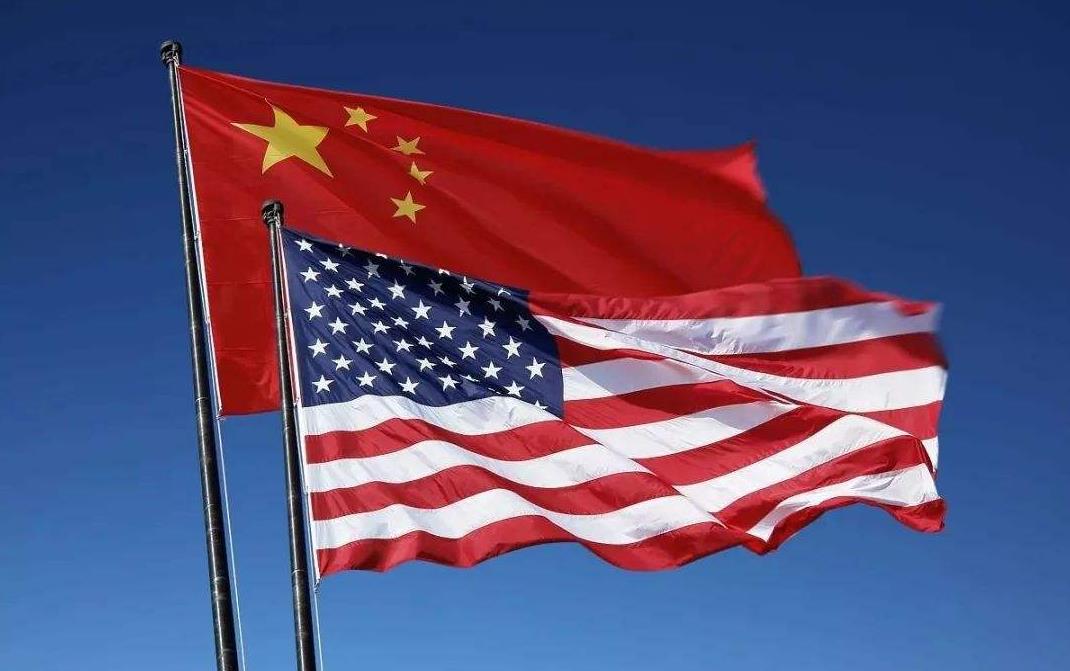 Forbes: Blockchain can solve problems that have plagued the human resources industry for decades