EOS is about to usher in the first anniversary of its main online line.

Time returned to a year ago, compared to now, the wave field at that time is still in the public relations industry to set up too much waves; Ethereum is increasingly criticized by the encryption cats; Bitcoin always sits firmly The chair is in the cold but there is no competition in the world.

At that time, the EOS was wearing a golden crown, and the foot was on the cloud. With the high-performance and high-efficiency flag, the decentralized stepped on the foot.

There is no doubt that Daniel Larimer is definitely the number one hero in the Golden Crown for EOS. He is currently the only person in the world who has successfully developed three blockchain-based technology systems. Before EOS, he successfully developed Bitshares and Steem, which is what we often call BM.

Bitshares is the first project developed by BM and is also his famous work. In the era of bit stock 1.0 that has not been developed by graphene tools, BM realized a second-level transfer, while creatively inventing the anchor currency.

At the time, the main problems exposed by Bitcoin were large fluctuations and slow trading speeds. Bitcoin created a stable anchor currency, BitUSD and BitCNY, to solve the problem of bitcoin being too volatile as a payment medium. At the same time, the DPOS consensus mechanism allows the average transaction confirmation rate of bit stocks to reach 1.5 seconds.

Of course, the most controversial is the slogan of the "Beyond Bitcoin" in the bit stock.

As early as 2010, BM had a conversation with Satoshi Nakamoto on bitcointalk. BM pointed out that compared with banks, Bitcoin's 10-minute transaction confirmation time is too long and needs to be as fast as a credit card, and changing the consensus mechanism can achieve this.

And Nakamoto is a domineering response: I don't understand, even if I don't have time to take care of you, I am sorry.

According to the general story line development, the protagonist will work hard after ridicule and achieve certain achievements, so that people who have looked down on themselves will face. The first half of this story of BM is indeed the case. Bit stocks have become famous by their second-level trading speed, but the behavior of openly provoking the strongest community has made the bit stocks bessed on all sides. At the same time, with the continuous BUG, ​​the system resources are too large. User experience, the development resistance of bit stocks is growing.

However, BM has found a solution through continuous development, and successfully developed the Graphene technology solution, which is known as graphene technology. The bit stock 2.0 era officially arrived, its performance has been greatly improved, users have gradually accumulated, bit stocks began to go to formal.

The knife is cut off from the water

Obviously, the "Beyond Bitcoin" and "Befeat the Warriors" are the same slogan of the weight class. The person who can shout such a slogan is definitely not a stubborn stubborn, but a stubborn paranoia.

BM is a paranoia.

In 2015, in the vote on reducing the transaction cost of bit stocks, the proposal to reduce costs passed and BM was defeated. After leaving a masterpiece called "WHY?WHY?WHY?", BM resolutely left. And these three "WHY" make BM the ideal person of hysteria.

Why can't I exceed Bitcoin? Why is it out of my control? Why do I have to leave?

Subsequently, BM began the development of steemit and established a social content platform based on blockchain technology. BM uses content incentives to encourage content production, and graphene technology provides a high level of trading performance and user experience. At that time, the Steemit platform provided well-known creators with hundreds of dollars in US dollars, and the ecology of Steemit was increasingly stable. It can be said that the emergence of steemit broke the traditional media industry, which is a huge challenge for both Twitter and Facebook. 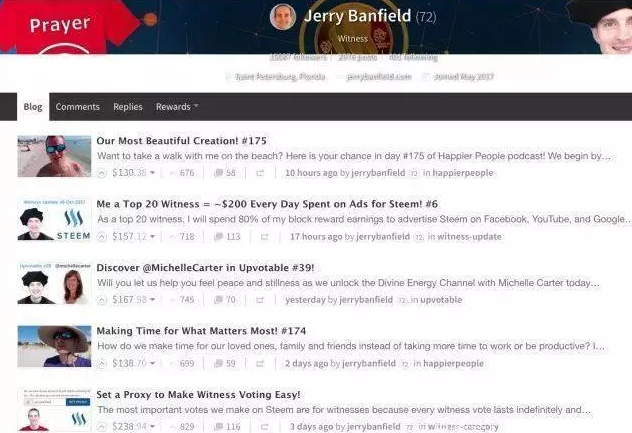 But such a challenge is clearly not the original paranoia of BM.

BM once mentioned in an interview that "My goal in life is to find a free market solution to protect all life, freedom and property." Subsequently, BM announced its resignation.

The golden crown that EOS has blessed comes from BM. Where does the auspicious cloud at its feet come from?

EOS, Chinese translation for the commercial-grade blockchain operating system, BM's goal is to solve the delay and data throughput problems through graphene technology, and build a blockchain infrastructure that can carry commercial-grade smart contracts and applications.

As a project that has not yet been launched, EOS financing finance reached US$4 billion, unprecedented.

There has been a saying in the circle that "in the currency circle, only 10% of people bought bitcoin, and only 10% did not buy EOS." It is enough to see how good EOS's community foundation is. This is inseparable from the super node's campaign. People are looking forward to seeing that EOS will go all the way and go straight to four figures.

In pursuit of efficiency, BM has long since deviated from the decentralization of blockchain technology.

According to the EOS white paper, EOS will issue 1% per year to people who maintain nodes (originally 5%, later adjusted to 1%). The total number of EOS is 1 billion, and 1% is 10 million. On average, each primary node can be allocated annually. 476,000 EOS, according to the current price of 100 yuan, each super node can be divided into nearly 50 million yuan a year.

After the launch, the EOS main network did not become a super-lower public chain that could support a large number of commercial-grade applications. Instead, it experienced problems such as online delays, security loopholes, and main network downtime. The price of the currency fell below 20 RMB. .

Looking back, whether it is a stubborn paranoid BM for the free market, or a node contender for the EOS market potential, what freedom is true freedom in this collision?

Why bother to chase, a four-figure dream?

Why are you knocking on the side?

On January 17, 2019, the EOS side chain BOS was officially released. This sidechain is called DApp and its goal is to build an ecosystem that supports more DApps. Many EOS nodes participated in the launch of the project. At the same time, there have been some loud voices of doubt, and even the voice of "persuade you kindness" directly implies that BOS is suspected of cutting leeks. 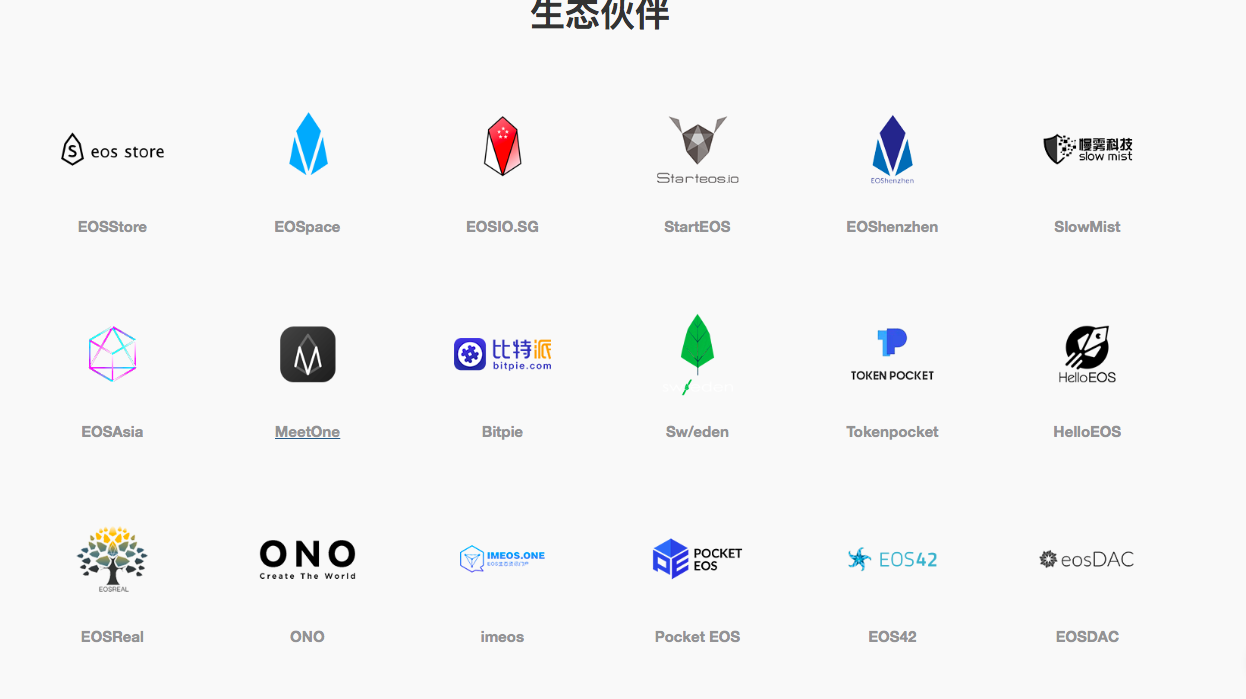 First of all, the disclosure of BOS information is incomplete, the technical team has not disclosed it, and the reliability and risk of the upgrade function are doubtful. The issue rules of the pass are also doubtful.

Secondly, BOS does not solve the existing problems of EOS, and many things are even embarrassed from EOS. Moreover, the new algorithm node cost of PBFT adopted by BOS is higher than the current EOS, and it also leads to security problems.

Despite the many problems, many EOS governance nodes are involved in the launch of the project. There is a breaking news, a node builds a bribery node alliance, forming a community of interests.

Ask, is it necessary to start such a chain for the ecological development of EOS?

Since the main online line, EOS has been in a state of silence. In March of this year, BM frequently voiced, and there will be heavy news on the first anniversary of EOS launch.

BM said that this will be the biggest news since the birth of EOS.io.

If Sun Yuchen was not ignored by the entertainment disciplinary committee, BM seems to be unable to find the name of the former marketing ghost.

In the following months, BM leaked news in the telegraph group several times, whether it is the most powerful team or the heavy products that will be released soon. Every word brings a lot of expectations to market users.

The conference was scheduled for June 1, 2019, International Children's Day.

The first product released by EOS is the blockchain education project, the EOS promotion project, and learning to earn EOS.

The second product released is the Wasm parser, which is 12 times faster than the first version of EOSVM released a year ago. Later, EOS launched the WebAuthn authentication service and the EOS Yubico Key hardware product. The former is used for authentication, and EOS can use Yubico Key to sign chain transactions via WebAuthn. 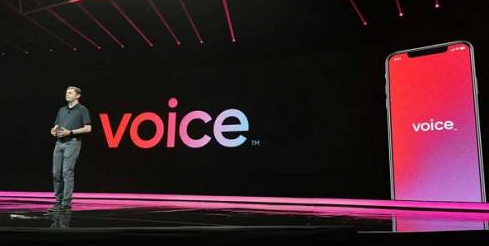 The highlight of this conference is a social application called Voice. According to the official website, Voice will use Token model design to stimulate the creation, sharing, discovery and promotion of high-quality content, and establish a social media platform composed of real users, not robots or zombie accounts. When a user posts a post, they will get a Token reward for the Voice platform. The more the post is liked by others, the more comments, the more Tokens are obtained. Users can also pay Token to keep their posts on top to make sure more people see it.

In other words, isn't this an upgraded version of the steemit.

Undoubtedly, the expectation of EOS's first anniversary conference is to bring more confidence to the market through the launch of new products, but the decline of more than 10% during the conference has already explained the market's reflection.

Looking at it from another angle, after the release of Voice, EOS's DAPP matrix is ​​gradually expanding, and the title of EOS spinach chain is slowly being removed. The ideals pay attention to the results, the paranoids indulge in the process, and now the interests of spinach are in the right way, whether EOS wants to expand its DAPP field and complete its goal of keeping close to the bottom of the business.

EOS holders, I hope you can be happy.

Looking back at the development of EOS this year, is it true that BM has achieved its "solution to find a free market and protect all life, freedom and property".

Anyway, the goal of EOS is there, you can always meet it. If you can't enter it, it's just an iron!

Big deal, the big hand left a message, "I have been holding you for a long time," and I will see you again.

After all, this is BM.

Yang Dong, Renmin University of China: Blockchain technology can empower data and determine the attribution and confirmation of data