Recently, Bakkt, the BTC futures contract trading platform led by the Intercontinental Exchange (ICE), has resounded. Chief operating officer Adam White posted a blog on Medium saying that Bakkt is scheduled to launch a BTC futures contract user acceptance test on July 22, the contract will be by its mother. Company listing and trading. 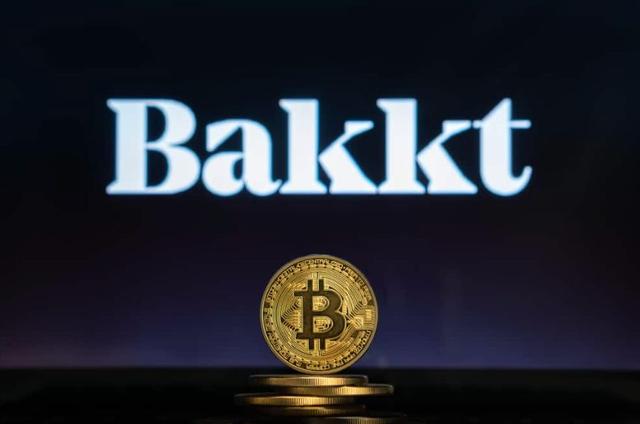 The Intercontinental Exchange is also the parent company of the New York Stock Exchange, which has a history of more than 200 years. Its leading Bakkt is born with a golden key. During the New Year's Day, Bakkt CEO Kelly Loeffler said that the A round of financing included Boston Consulting Group, CMT Digital, Eagle Seven, Galaxy Digital, Goldfinch Partners, Alan Howard, Horizons Ventures, Intercontinental Exchange, Microsoft Venture Capital, M12, Pantera. The $182 million investment of 12 well-known institutions including Capital, Payu, Naspers' FinTech division and Protocol Ventures was valued at $740 million. The investment organization has a strong lineup and can be described as a deep background.

Unlike the Cash Exchange Contracts of the Chicago Board Options Exchange (CBOE) and the Chicago Mercantile Exchange (CME), Bakkt is contracted on a spot basis, ie, when the contract expires, the customer will receive a real BTC spot instead of waiting. The value of the currency. This can effectively constrain the short-term strength of the BTC, because the number of BTCs is limited, and the infinite shorting of the BTC will no longer be possible.

Whether it is the strength and background of Bakkt itself, or the rules of real delivery can curb the infinite short-selling behavior, it seems to be a major positive for BTC. Adam White compared the release of Bakkt to the Apollo 11 moon landing, and Bakkt will be a big step in setting new standards for the encryption market.

Bakkt was originally planned to be launched in November 2018 and later extended to January 24 this year, but it has not been released until now, and may be related to the regulation of the US Commodity Futures Commission (CFTC). Although ICE is already a “designated contract market” registered with the CFTC, futures contract products can be listed for trading without prior approval from the CFTC. Today, the BTC has only risen symbolically and seems to have calmed down such news. But looking at the current situation, Bakkt is a big probability event on the line this year, which means that a large number of traditional financial capital such as the regular army on Wall Street will enter the market, and will attract global traders to participate, perhaps to shake a wave of bull market, then When BTC is likely to lead the market in a unique way.

Today, the BTC rose slightly, but the main circulation certificates such as ETH and EOS failed to link, but fell, which may be related to the stimulation of Bakkt and other news. However, the BTC's long position is still weak, and USDT's over-the-counter premium rate has continued to fall. Explain that funds have formed differences in the short term, some choose to profit from leaving the market, and some will turn their attention to non-main circulation certificates that have not yet risen. In the long run, the rising trend of BTC has not changed. If the short-term correction is still a good time to increase the position.

Today, the BTC rose slightly again, breaking the previous pressure of $8,200. After hitting the top of $8,300, the potential was insufficient and the sideways were trimmed, but the support level gradually moved up. From the 4-hour line, the K-line trend fluctuated upwards, and the trend was strong. The short-term support was supported by the BOLL mid-rail, and the pressure was on the upper rail of the BOLL. The support level is 8000 and the pressure level is 8300.

ETH failed to link BTC, with a 10% increase in the previous two days. It is currently in a downward adjustment, with support at 246 and pressure at 263.

EOS failed to link BTC and oscillated alone. The current support level is 6.2 and the pressure level is 6.6.