Technical issues are the easiest to solve, and people are convinced that the ideology behind the blockchain movement is the most difficult.

While other technologies of our time are also innovative, encryption is the only truly disruptive technology. Artificial intelligence, mobile internet, and virtual reality further strengthen the position of market players today, but cryptocurrency or blockchain technology is not just another feature that you can implement in your organization and products.

With cryptocurrency and blockchain technology, no one really knows what will happen in the future, no matter where they are, what their past achievements or status are.

The first and most important point is that the blockchain allows people around the world to coordinate and reach consensus without necessarily trusting each other. These protocols are then translated in the form of code.

The 10-year-old bitcoin is a paradigm shift because it is the first economy that no country can control. This is an achievement that will be engraved in the annals of history. Bitcoin must overcome the suspicions of people outside the currency.

The four-year Ethereum was born because of the rigidity and inflexibility of Bitcoin, which can create a state-executing machine, a smart contract. It made a name for itself in 2017 due to its ability to issue custom digital currencies. The irony is that Ethereum must overcome the suspicions of those bitcoin die loyal fans.

None of the technologies invented today can adapt their product markets to the scale of Internet applications. On the contrary, people are always excited and disappointed in a wave of waves. I used two waves to observe encryption technology, Spectilative Waves and Generational Waves. 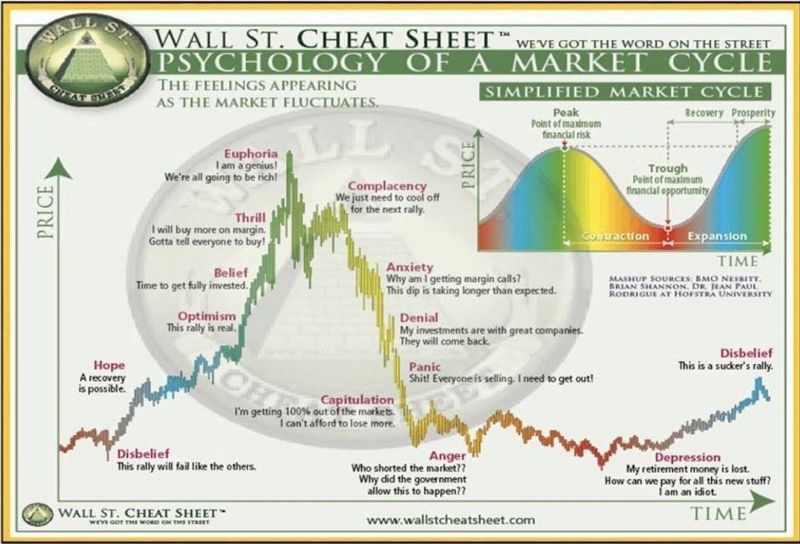 I really believe that people in most encryption circles don't see and appreciate the cyclical nature of these markets. Without them, there is no reason for people to get involved and try a technology that is frankly not yet up to expectations. 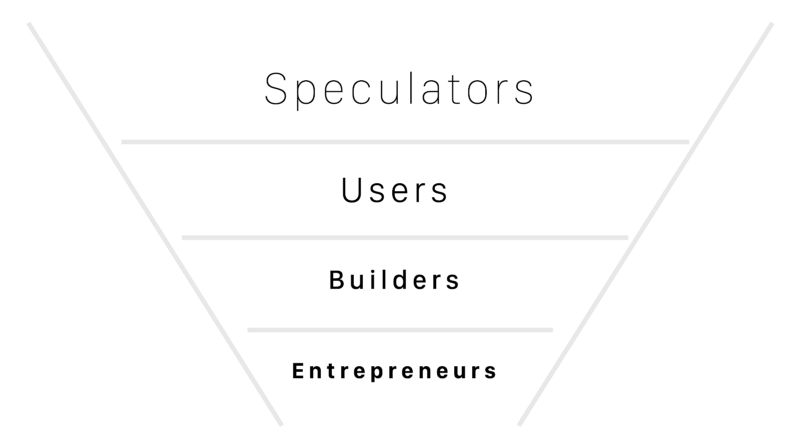 Most people, including myself, have a similar experience: first, they are attracted by the gold rush, and they stay with the time to learn more. If you think of it as a funnel, the order is this: Speculator -> User -> Builder (Designer, Product Manager, Developer) -> Entrepreneur . Over time, the number of this group will decrease rapidly, but as people reach the end point decades later, the results will become more complex. The power of the wave is that it affects the psychology of the public and creates a temporary consensus – "believing that the blockchain will change the world" and then allowing these people to reassess their beliefs after the end of the hype – "Hey, slow, What is this technology about?"

Most people won't stay, and that's fine. The new way of living and shaping the world actually takes decades to shape. 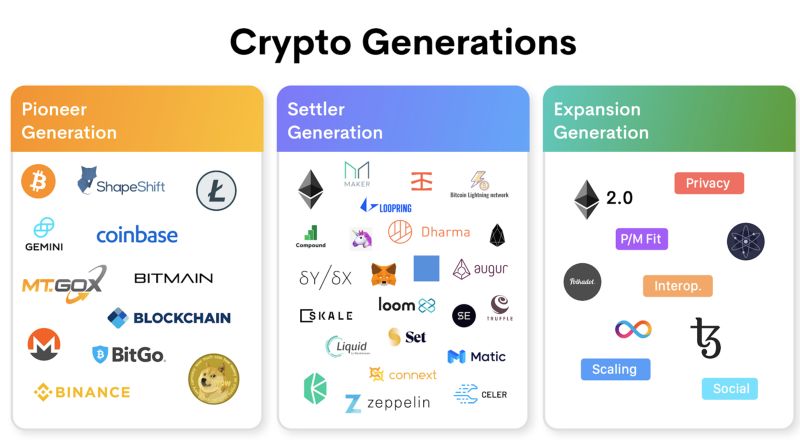 The term "generation wave" refers to the state of technology and its application. Every generation brings interesting new ideas, clearer directions and crazy price volatility to attract and clean millions of people.

I describe the first wave as the "Pioneer Generation" – the person who wants to trade with the real global point-to-point cash system. In the meantime, work proved that PoW was introduced as a new concept, digital currency exchange is a novel concept, consumer wallet has never appeared before, and mining is a very new concept.

Everything revolves around bitcoin (support services and products) , and scale expansion is not a real problem, and doubts about technical feasibility may be at its peak.

By 2011-2013, the pioneers on the Bitcoin Forum had imagined a lot of games we are seeing now. The only difference between the time and the present is that we now have a lot of technology that makes these imaginations a reality.

One observation is that many companies or projects in the field are hard to gain a foothold in these two generations (the “Pioneer Generation” and the “Migrator Generation” described below) . Coinbase is trying to become part of the Migrant generation through the Coinbase wallet. The chances of the currency security are greater, but whether it can make a truly decentralized product is still doubtful.

This is not to say that these companies will not continue to be profitable or will not be profitable in the future, just that they are not in a leading position in current or next-generation technological innovation. 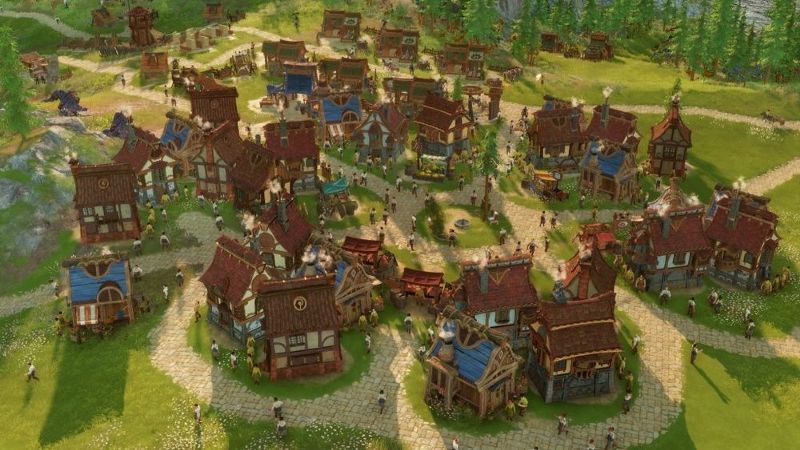 We are now in the second wave, which is what I call the “migrator generation”. In the wave, early entrepreneurs and developers dreamed of bringing the world into the future.

At this point, we are experimenting with consensus algorithms, we have more expressive platforms (such as Ethereum ) , the products we are researching are novel, and in their field, the rules of the game are changing.

The scalability of the blockchain and external supervision are the main issues that I believe will be resolved in the next five years. Our goal is to narrow the gap between theory and reality. There are many “tribes” in the encryption community, and the community is bigger when it receives mainstream attention in 2017. Skepticism is about whether a product is suitable for the market, not about the technology itself.

The challenge we face is how to make the blockchain technology a practical technology for the next generation. Product market fit is one of the most difficult stages of encryption technology, because without it, we will not be able to get more people to apply this technology. In terms of improving the scalability of the blockchain, there are currently ways to get the technology ready and find the right product market:

Competition between blockchains can solve the problems of existing winners. The usual audible argument is that there is an X chain with a speed and scalability that is Y times Z. This method of description usually treats the blockchain as a "code base" rather than a living social entity.

So far, we haven't seen anything in the realm of Bitcoin or Ethereum. It seems that the only way to form a large-scale coordination around the underlying blockchain is to provide a new paradigm. In a cross-chain ecosystem, different systems can communicate with one another, while at the bottom of the blockchain, less global coordination is required. Cosmos and Polkadot are strong contenders to win this competition, and they all have their own trade-offs in terms of security and governance.

In order to limit the scope of this article, I will not discuss the issue of competition and cross-chain implementation between blockchains in too much detail.

The Layer 2 ecosystem has become more complex and related work has been done on a higher stack. Bitcoin has Lightning Network Lightning and Liquid in Layer 2, but the winner is Ethereum. Ethereum's speed in state channels, plasma, sidechains and more innovations is beyond the expectations of most people. 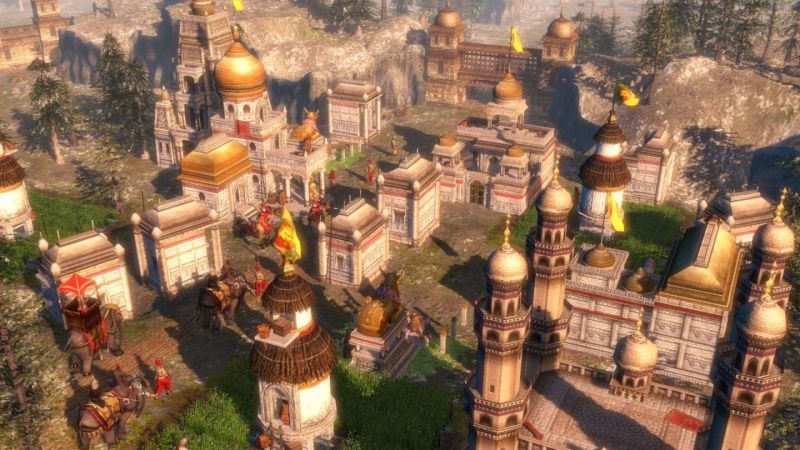 The third wave will be the "expansion generation": encryption technology has a real and tangible impact on the world. Past commitments will begin to become a reality in a more practical way. Scalability, privacy and regulatory related issues will be largely resolved. We will also welcome a new generation of young people who have grown up in the digital world, and the concept of the Internet's native currency is expected. At this point, a later group of adopters will be rushing to catch up, but the ship will have set sail.

Interoperability and scalability technologies will have the opportunity to shine. In this wave of technology, encryption technology will pose a real threat to those in power. From this point on, discussions about security and decentralization will begin to become increasingly important. Skepticism will begin to doubt the ideology of the movement, and there is no longer any doubt about the suitability of the product market.

In my opinion, the vision of web3 (decentralized Twitter/Facebook, etc.) will appear in this generation. The larger market space lies in scalability technology, and one more important direction is that the need for users to own data sovereignty is even more urgent. 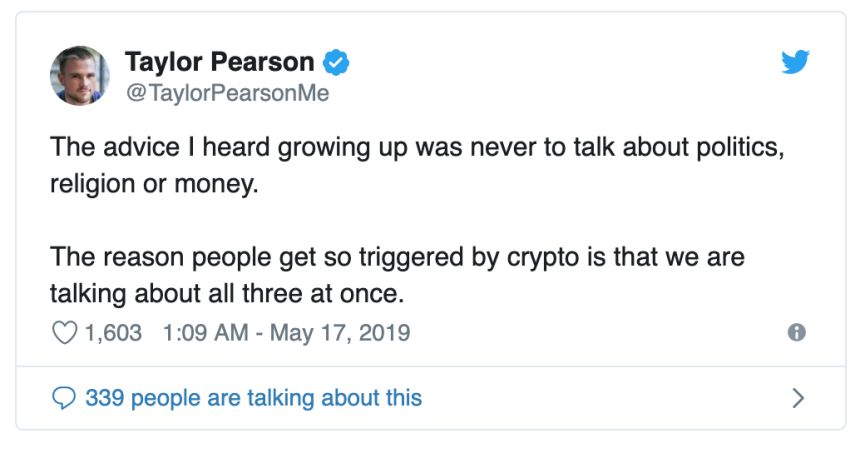 What is the future?

To sum up, here are some of my personal predictions: