US regulation is tightening again

US regulation has once again tightened, and three large digital currency exchanges have imposed restrictions on serving US users within a month.

On June 14th, Beijing time, the company announced that it will continue to conduct compliance checks on user accounts. According to the newly added "Prohibition Regulations" in the User Service Agreement, the currency security will not be able to provide services to Americans. In addition, users cannot appear on the US OFAC sanctions list. The announcement also announced that, starting September 12, 2019, "all users who do not comply with the Covenant Service Agreement will only be able to manage their wallets and funds, and will not be able to trade and recharge."

Almost at the same time, the "Binance.US" account was posted on Twitter. In addition to greeting the world, the account forwarded a cooperation announcement between the company and BAM Trading Services. The two companies will soon launch the Binance.US trading platform to provide "safe and reliable digital currency trading" for US users. BAM will be responsible for the operation, while matching engine and wallet technology will be provided by the currency. 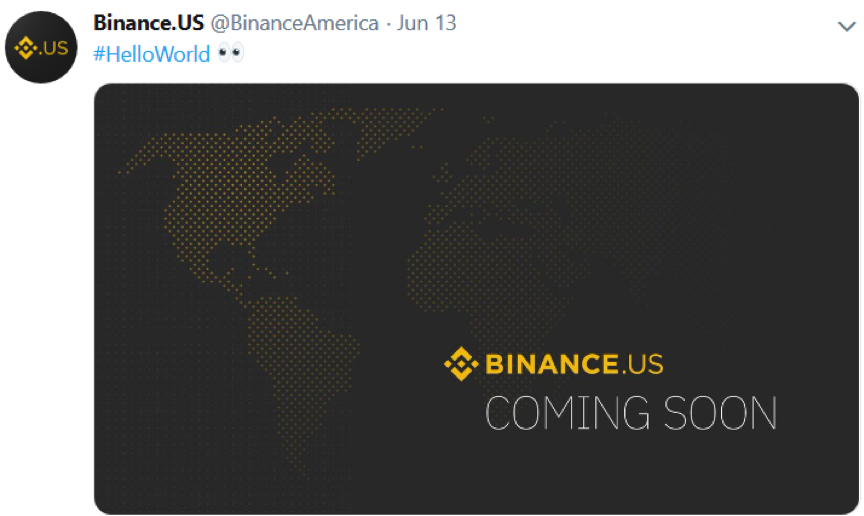 On June 13, Beijing time, the price of the currency (BNB) has just hit a record high. The announcement was released, and the price of the currency fell by nearly 8% within 24 hours. During this time, Zhao Changpeng, CEO of Changan, first announced the announcement of the US dollar, and continued to forward a number of Twitters. The content was mostly optimistic about BNB, and persuaded everyone not to panic. Zhao Changpeng’s Twitter has only about 10 reposts on weekdays, and there are more than 20 on that day. It can be seen that he himself attaches great importance to this announcement and the possible consequences.

Compared with China's vigorous “one size fits all” approach in 2017, the SEC's supervision is even more like a shadow. As early as March 2018, the SEC had stipulated that cryptocurrency exchanges must be registered with the SEC or hold a legal license .

From March to December 2018, the SEC completed more than a dozen enforcement actions related to token sales. In September, the SEC closed 1Broker, a trading platform in the Marshall Islands. The reason is to provide transactions to US users without the permission of the regulatory body. At that time, there were netizens who argued that the currency security and BitMEX may be the next regulatory object of the SEC, because the laws that the two violated are likely to be similar to 1Broker.

Kraken, the largest euro exchange, received 475 government questions in 2018, of which 315 were from the United States. The reason is that Kraken is not registered with the SEC but provides services to US users. In order to cater to the SEC's supervision, Bittrex also removed 82 kinds of altcoins in 2018.

SEC Commissioner Robert Jackson said that the digital currency trading market is easy to manipulate, and that exchanges have excessive power and dominance and should be regulated . Cai Kailong, the chief strategy officer of the former Firecoin Group, previously said that the current strategy of US regulators can be summarized as: close attention, waiting for legislation, collecting evidence, and strengthening management .

A lot of cottage coins on the line buried hidden dangers

Perhaps because the proportion of American users is too large (about 15%), under the weight of US regulation, the currency security has become more cautious . Some analysts said that Zhao Changpeng refused to go to Buffett for lunch with Sun Yuchen, just to keep a low profile.

In 2017, with the introduction of regulatory measures in various countries, the currency began a wandering trip, leaving the mainland after the 94 policy in 2017, and forced to leave Japan in 2018. In September 2018, the currency refused to cooperate with the investigation of the Office of the Attorney General of New York. At the same time, multi-currency, low threshold, "fuzzy" the nationality of the user's nationality quickly grew into the world's first trading platform.

Both long and short sides hold each word

As early as the announcement, there has been news that the company has developed a trading platform with the US company BAM. The news also said that BAM has registered the money service business in the financial crime direct transmission network of the US Treasury. After the announcement, the two companies released the cooperation news at the same time. It can be seen that the preparations have already been prepared, and the user's concerns have been alleviated to some extent. Compared with the practice of direct running and opening the back door, the currency security has adopted a relatively positive cooperative attitude.

For the traders on the floor, the most important thing is the next operation. In the public opinion field at home and abroad, the long and short sides hold each other's words.

The empty side believes that BNB fell alone, indicating that a large number of holders are leaving. US users, or other national users who log in to the US through a US account, will quickly clear BNB and other altcoins within 90 days. Losing customers for a long time, the currency safety will be greatly hurt, which will further lead to the decline of BNB. And because of compliance reasons, there will be no other trading platforms willing to go online. However, due to the outflow of funds from BNB and altcoin, mainstream currencies such as Bitcoin will rise due to the transfer of positions.

Many parties believe that the decline is the opportunity to buy. The closure of the service to US users by the currency is indicating that users from other regions have gained more trading opportunities. Moreover, by September, the new platform may be online. Taking into account the borderless nature of DEX, the main push for DEX's currency security is worry-free.

At the same time, many trading platforms have indicated that they are ready to meet the US regulatory requirements. There are also opinions that Firecoin, OKEx, etc. have obtained SEC compliance license exchanges through various means, or take the opportunity to make efforts. Is the exchange supporting the…

Market Analysis: Mainstream currencies are retreating across the board. Can BTC hold the $5,000 mark?