Foreword: What is the reason for the SEC not to approve the Bitcoin ETF? Is it because of market manipulation, money laundering or other reasons? The author believes that the root cause is Bitcoin itself, Bitcoin does not have a mature market transparency basis, and there is no central issuer. But author Mark Helfman believes that in the end, these reasons will be overcome and EFT will eventually be approved. This article was translated by the "Blue Fox Notes" community "Lu" .

US top two financial regulators, US Securities and Exchange Commission (SEC) members Hester Pierce and Robert J Jackson, Jr said they hope the SEC can approve the Bitcoin ETF. SEC Chairman Jay Clayton once said that he believes that Bitcoin "similar to the US dollar, the Japanese yen, the euro – Bitcoin operates in the same way as currency."

But the SEC rejected all Bitcoin ETF proposals. Why is this?

Analysts and commentators analyzed many reasons. Let's take a look at these reasons together. At the end of this article, I will tell you why the SEC will eventually approve the Bitcoin ETF.

They analyzed the reasons why the SEC currently rejects ETFs:

Bitcoin is likely to be manipulated by anonymous forces. People with large amounts of bitcoin can choose the price at will. The 1% bitcoin wallet address holds 87% of the world's bitcoin (although many of these wallets are cryptocurrency exchanges). The US Department of Justice believes that the founder of the US dollar-linked stable currency USDT manipulated the entire market in 2017, although scientific researchers believe this is purely nonsense.

Manipulating the market is one aspect of the SEC's focus, but it is by no means a reason to reject the Bitcoin ETF. A large number of manipulated goods have ETFs, and oil is the most typical example. In addition to oil, there are many other commodities, some that you have never thought of, such as uranium and tungsten. (The price of uranium is determined by two companies; nearly 90% of the world's tungsten supply is controlled by China.)

The SEC knows this. If the SEC is concerned about someone manipulating Bitcoin, it can ask the Bitcoin ETF for information disclosure, publicity or other actions to ensure that investors understand the risks.

Reason 2: The SEC has rejected the previous proposal

This is meaningless. The SEC takes work seriously and sets high standards for new products. Within two years after the SEC rejected the first copper ETF, the copper ETF proposal was revised a total of five times before it was approved by the SEC. Similar examples over the years are even more numerous.

Reason 3: Bitcoin will be used by oligopolies and drug gangs

This is true, but the SEC and all financial regulators in the United States make the same assumptions about all financial assets, currencies, and commodities. Is it possible to use diamonds? Is oil possible?

Do you know what financial assets are most commonly used by dictators and drug gangs?

It is the dollar.

Although it is more convenient to carry bitcoin than to carry dollars, it is easier for US authorities to track bitcoin. In fact, federal investigators used the bitcoin transaction process to identify Russian money laundering activities that undermined the 2016 US presidential election. The tracking of the dollar has no trace.

Suppose North Korea, Russia, and all other governments hold Bitcoin, even though they may not necessarily hold it. However, we can also assume that the government holds gold, real estate, aluminum and almost everything. Based on this, the reason for rejecting the Bitcoin ETF is not valid.

Reason 4: ETF proposal comes from a subject not trusted by the SEC

Gemini Trust, the New York Stock Exchange and the Chicago Board Options Exchange are global, profitable, financial companies with strong social relationships. Each of them is compliant and the operations are effective. They all support certain ETF proposals. However, these proposals have not been approved.

Other ETF proposals come from little-known companies, but I think these companies are also capable. Applying for an ETF requires the company to have the appropriate legal background and management capabilities. When the SEC receives an application that does not meet its criteria, the application will be rejected. Applications with low quality will also enter the approval/rejection phase.

Why is the SEC not approving the Bitcoin ETF?

If the key to the problem is not oligarchs, money laundering, USDT, financial companies or manipulation… So what is it that prevents the Bitcoin ETF from getting SEC approval?

The SEC said that each proposal has its own problems. For example, the mechanism for setting prices is unreasonable, there are no safeguards against manipulation or theft, and other technical issues.

Probably. But I think there is a more fundamental reason why it is difficult for various Bitcoin ETFs to meet the requirements of the SEC.

The reason is the bitcoin itself.

Other ETFs have information exchange centers, mature markets, and well-known companies to evaluate market dynamics. And often there is a lot of historical and market data available for analysis, plus open markets and derivatives, you can use them to get the "spot price", which is a price that everyone recognizes, reflecting the global value of the product at some point. price. This allows the SEC and investors to understand the market.

And bitcoin, you won't get the above conditions. Some are just a bunch of small exchanges (many of which are not regulated), there is no central issuer, and no transaction is responsible for any transaction. There was a time when Iran’s bitcoin price was 600% higher than the US price, and at the same time, the price difference between different exchanges could be as high as 10%. The government cannot control Bitcoin.

The transaction is anonymous, peer-to-peer, and settled immediately—no written material, so unless you have forensic technology, you can't track the bitcoin transfer path in the market. Anyone can send and receive Bitcoin via their mobile phone. The trading process is mobile, decentralized and private.

This is not a bitcoin vulnerability, but a feature of it. But this is a real concern for regulators, whose job is to ensure that all investors have fair and equal access to market information. At least for uranium, you know that Cameco or Kazatomprom (or both) are manipulating prices. All investors can see it. This is a level playing field. Investors know what they are doing, and the SEC has enough information to monitor, enforce rules, and provide advice.

Bitcoin does not have this mechanism in nature, and it may never be there in the future. Its design principle does not have these functions. A bunch of decentralized exchanges, with different prices and different styles, without a central issuer. Therefore, the Bitcoin ETF is currently in a dilemma.

Don't just trust my side, please listen to the SEC's statement: Before approving the Bitcoin ETF, SEC Commissioner Clayton needed to see the upgrade and transformation of the cryptocurrency market.

But all this will change. Google has developed ancillary services to help investors and regulators monitor the cryptocurrency market, and the Gemini Trust has improved its market monitoring mechanism. It is said that Nasdaq has also created a market surveillance team (although this is a rumor, there is no relevant news report). Assuming similar actions are being taken by other organizations, it should effectively alleviate the regulator's concerns about the lack of transparency in the cryptocurrency market. In addition, the SEC may also request that, as a condition of approval, the ETF provider needs to disclose certain data or perform some supervision.

At the same time, financial professionals continue to build a well-established bitcoin market that is transparent and orderly. They are filing a case for the Bitcoin ETF and believe that they will succeed in the end. Both the rich and the politicians want the Bitcoin ETF to be approved, and many trustworthy companies have laid the groundwork for approval.

The approved road of the Bitcoin ETF took longer than we thought. The SEC needs to face a lot of problems, and the Bitcoin ETF is just one of them (look at the SEC's proposed rules, orders/notifications, and enforcement bills to know). This is not a big deal compared to the trillions of dollars in other types of investments handled by the SEC, and Bitcoin is unlikely to cause serious systemic problems in the US investment industry. The SEC goes all out to effectively regulate I CO and protect I CO investors, because I CO has a greater impact on cryptocurrencies and the entire financial market. The SEC is also considering whether Bitcoin is suitable for traditional financial products like ETFs.

I used to work in the US Congress, and now I work in a government agency. I understand politics and bureaucracy. Everything takes time. The resolution of any problem requires dealing with the contradiction between people, rules, law and timelines. It is no exaggeration to say that even if everything goes well, your plan may be destroyed.

At the same time, the SEC seems to be a little easier to deal with. It exists to protect you, not to decide what you can invest in. Although they may not seem to protect you, they are indeed protecting you.

At least, they are working hard in this direction. 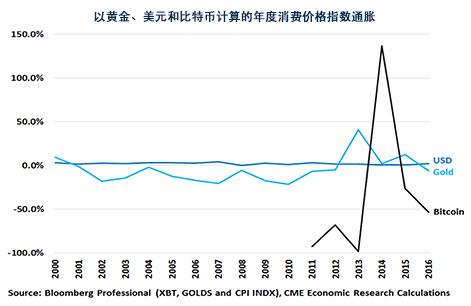 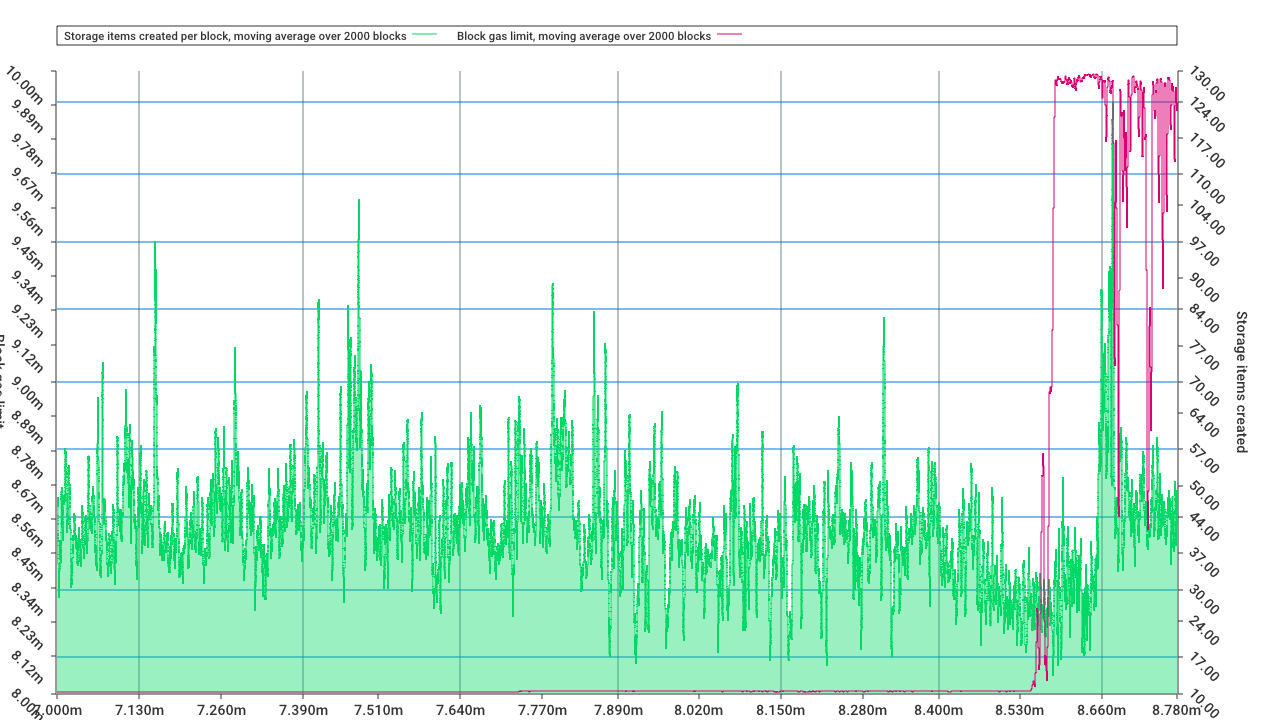