Square is a company known for its disruptive payment technology. Twitter CEO Jack Dorsey founded the company in 2009 with the main business of selling affordable mobile point-of-sale systems. But outside the world of traditional fiat currencies, the company is taking cautious steps to enter the fast-paced world of cryptocurrencies.

In March of this year, Dorsey said on Twitter that Square is actively recruiting a small team of cryptocurrency developers and designers dedicated to making an open source contribution to the ecosystem. In the next few months, Square remained silent on his progress.

“Square will hire 3 to 4 cryptographers and 1 designer to work full-time on the bitcoin and password ecosystem for open source contributions. Work anywhere, report directly to me, we can even pay in Bitcoin!”

Last week, The Next Web reporter saw Dorsey at the Square headquarters in central London. In 30 minutes, the reporter asked about the mysterious Twitter and Square founders' progress in building a top cryptocurrency team and his overall goal for this exciting emerging market.

The first question for reporters is: Why? This is a very reasonable question. Square's main business is to provide services to traditional legal tender. On the other hand, cryptocurrency is basically a patent for a small number of early adopters and investors with strong risk tolerance.

Dorsey explained that the prospect of cryptocurrencies (and of course the blockchain) is essentially empowering consumers, providing unprecedented transparency and control. Crucially, he believes that both technologies are logical (and perhaps inevitable) steps in the evolution of online ecosystems.

“The Internet has long needed a native currency. Until a few years ago, the Bitcoin white paper was released.”

Why is this important? Dorsey said that the Internet's native currency will enable it to break away from the constraints of traditional regulatory and legislative frameworks, which often hinder the development of disruptive start-ups.

Take Square as an example. He said:

“There is a word that sums up everything that Square has done, and that is 'access'. I don’t think there is a technology that is more powerful than cryptocurrency, allowing us to gain access to individual levels. Without borders, it is not controlled by a specific company, it is born on the Internet, and it can continue to develop on the Internet. "

Dorsey admits that the world of cryptocurrencies is "much like the wild west" (the wilderness). This is a bit of an understatement. The inherent decentralization of cryptocurrencies has led to a large number of perpetrators profiting at the expense of others. Bitconnect (MLM) is an example.

Obviously, Dorsey doesn't just want Square to be a consumer of cryptocurrency technology, but hopes that Square will play an active role in the development of the ecosystem. Creating a professional development team is an important step towards achieving this goal.

So, what did this company do for this purpose? The company initially stated that it hopes to recruit three to four full-time developers, plus one designer. During the interview, Dorsey said that Square has already invited the first developer and he will be the team leader. He didn't mention the developer's name at the time, but a few days after the interview, the company announced that it had hired Steve Lee, who was the head of Google.

“Steve is an angel investor, startup consultant, and former Google executive. He is also a volunteer, driving the spread of Bitcoin through open source development, user experience and storytelling.”

It took a long time for Square to choose Lee. Dorsey said:

“We have interviewed dozens of candidates. Bitcoin is interesting because many innovations are not driven by the US. We want to make sure we have a global mindset. We have to create an architecture.”

When Dorsey talked about architecture, he was not just talking about day-to-day operations. His concern is to ensure that the team's motivations are not affected by Square's business interests. Because of this, employees on the team are not motivated by the issuance of Square stock.

This is amazing. Developers working for Silicon Valley technology companies often receive stock options as compensation, and the company allows them to buy stocks at below-market prices, and then they convert those stocks into profits. Since Square's 2015 IPO, its share price has risen from $12 to about $72 at the time of writing.

“If we give them Square stocks, they are motivated by Square, not bitcoin, and only bitcoin payments will motivate them to serve the community better. So we have to figure out how to be measurable The way to do this. We need to understand a lot of mechanisms."

As for the salary structure, Square will ask them the most satisfactory way to pay when they are in direct contact with the candidate. Dorsey explained that developers will be able to choose to pay using Bitcoin or any currency of their choice, including fiat currency.

Not many companies will compensate for open source developers developing community products that are not related to their core business interests. This is extremely rare. The only example Dorsey can give is Red Hat, a major provider of Linux-based products and services that is currently being acquired by IBM.

While Red Hat can use stock options to compensate contributors, the existence of digital currency gives Square a compelling, critical and fair choice.

The burden on Lee's shoulder is heavy. Dorsey explained that he will be responsible for recruiting other members of the team and determining the direction of the project.

“We might have five engineers and one designer. We weighed between what each of them wanted to do and what the entire team was doing. I think we will use the latter option because we want to Significant improvements have been made in all aspects of the ecosystem, rather than in repetitive work."

When asked what significant improvements he wanted to make, Dorsey replied:

“Monetary efficiency. Security is a big problem. At present, there are still many major flaws in the Bitcoin community. These are the most obvious areas for improvement, but there are many other problems.”

The team can also handle “not obvious” issues that, once resolved, can significantly promote the popularity and use of cryptocurrencies. Dorsey takes code review as an example—checking code to resolve security and performance issues before they reach the target user. He described it as a "bad, but meaningful" job.

“ One of the biggest problems in the Bitcoin community is that there are too many people trying to help, but not many people actually doing code reviews. ”

“This is usually a job that engineers don't want to do. This actually slows down the development. If we let a team of 5 people do code review, just to verify the correctness of the code, it will make a huge impact on the community. The driving force. This will speed up the development."

Once Lee has created his team, he will decide what will have the biggest impact on the community. But what is the goal of the designer in the team?

“Making (cryptocurrency) at your fingertips is a major opportunity we see, so the designer’s mission is to do science.”

Specific measures include letting ordinary people use digital currency such as Bitcoin as a daily payment tool, and simplifying complex technical tasks, such as starting a node.

"People want to do more design in the cryptocurrency community. But no one has put this work first. If we want cryptocurrency to become mainstream, we need to pay attention to this."

The cryptocurrency ecosystem has tens of thousands of skilled engineers. Square is looking for a small number of employees to enrich its team. This is a very challenging task. The reporter asked Dorsey what he wanted from these candidates.

He smiled and said:

"We don't want jerk. There are some negative factors in the community. We want our employees to be good community managers, not only about building code, but also about building communities. That's the magic."

Dorsey also mentioned the two sides of the cryptocurrency ecology:

“There is a lot of trust in the community. There are also a lot of people who may be a bit too much. These two things are there at the same time.”

Obviously, technical ability is very important. If Square can have any meaningful impact, then you need to find some talented programmers.

“We want to see important open source contributions to various projects. Bitcoin Core is a good example, but there are other examples. Many people have been building features to launch their own nodes from the desktop or make them easier to develop. ""

During the conversation with Dorsey, the reporter clearly felt that the project was like his child. He has a clear passion for the subversive potential of cryptocurrencies (and an undisguised enthusiasm). Because of this, Square's cryptocurrency development team will report directly to him without going through other levels of the company.

“The reason I do this is because I want to learn. This is very important, and this is not a sub-team of a sub-team. This is the highest level of the company.”

“Many of our engineers are very excited about this because they can learn from tech-savvy people. I hope we can create a place for everyone to promote communication. But everything will be open and open to the public.”

When asked how this thorough transparency will work in practice, Dorsey explained that it will behave like a traditional open source project.

"The open source project is essentially transparent. That's why I don't want the company to have any impact on the work. To make sure everything works, we need to do this in open source."

Gongxinbao Operations Director: This time (blocked) is mainly due to the crawler business, the blockchain business has little impact 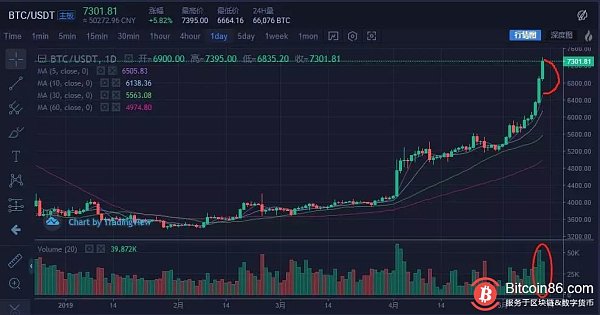 Liu Xinyun, deputy governor of Shanxi Province: Practically transforming technologies such as blockchain into the primary productive forces for people's lives in the province