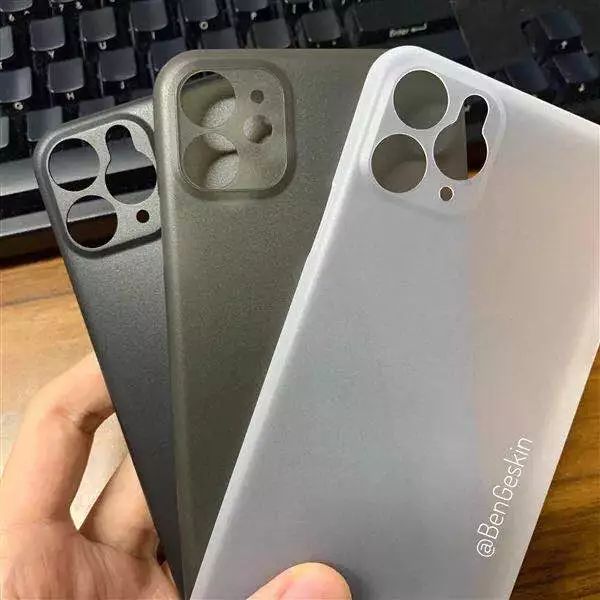 Some time ago, there was a spy photo of @BenGeskin, which exposed a rendering of the iPhone 11 and iPhone 11 Max. The rear three shots were very eye-catching.

The "Yuba" status is getting more stable. Just ask you hot and not spicy eyes~

However, Apple, which has always been more cautious in the field of "encryption", can be regarded as a frequent action.

At the WWDC (Apple Global Developers Conference), which just ended, it announced a CryptoKit encryption development tool for the iPhone .

CryptoKit is an upgrade to the previous CommonCrypto development framework. Allows developers to deploy hashes, keys, and create exchanges based on this tool, as well as encrypt iOS apps .

And just before, Apple announced again that CryptoKit will operate on iOS 13, a development tool for encryption. The release of CryptoKit can be seen as the first step Apple has taken in the field of "encryption" . 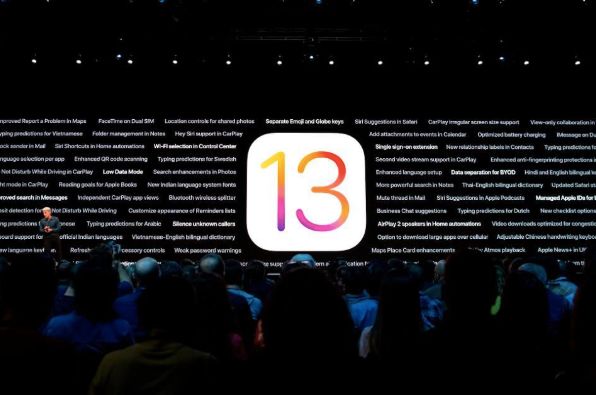 After the giants such as Facebook and Samsung Galaxy, they finally saw another giant marching into the field of "encryption".

Before that, Apple was very cautious about cryptocurrency and bitcoin. It even removed the San Francisco-based exchange giant Coinbase and an iOS app with the "encryption" banner in the App Store.

Not only that, but even the name of CryptoKit has been very restrained, deliberately avoiding the words such as blockchain and cryptocurrency. 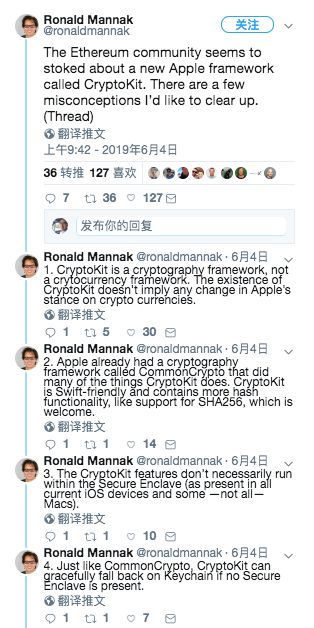 In the past, giants such as Apple and Twitter have always taken a wait-and-see attitude toward the encryption field. This time Apple took the lead in the field of encryption and gave a lot of confidence to cryptocurrency holders.

In addition to the warming of the market value of Bitcoin, many investors have once again given hope to these giants, hoping that their participation will bring Bitcoin back to the peak of 2017.

And CryptoKit is also very friendly to Swift developers. However, Apple did not use the adjectives such as "subversion" to describe CryptoKit.

As early as the beginning of this year, Apple's biggest competitor, Samsung, already built an encryption wallet on the Galaxy S10. Of course, from the perspective of the development of the blockchain, it is not too late for Apple to enter.

At the beginning of this year, the spy photos of the encrypted wallet were operated on the Samsung Galaxy S10.

So, around the encryption field, what kind of competition will the mobile phone giants launch? The good show is being staged.