There are two general methods for extending blockchains, the first and second layer solutions. The former is a so-called chain scalability solution, and the protocol level of the base layer and the blockchain network is reconstructed from the bottom layer, such as fragmentation and the conversion protocol (PoW to PoS) in Ethereum 2.0. Although the latter is a so-called off-chain scalability solution, it is mainly used for cryptographic economic reorganization rather than redesigning or rebuilding on the core of a particular network system, for which it extends its functionality to the existing base layer. Lightning Networks and Plasma will be explored in depth in the following paragraphs.

Plasma is a chain of scalability solutions for the Ethereum blockchain network – a smart contract for scalability. Plasma is a series of smart contracts that run on the root chain (the Ethereum main network) to form a trusted sidechain link network that connects to a hierarchical and tree-like root chain, enforces blockchain history and MapReducible calculations. Enter a series of merkle proofs.

Plasma provides some support for the Ethereum network to help it expand to the level required. Plasma is a trusted set of layers of protocols and guidelines that can be easily deployed across the entire jurisdiction of the root chain. The goal is to increase scalability and reduce transaction costs for smart contracts and dApps, as only merkleized promises to broadcast regularly to root chains with non-faulty status. 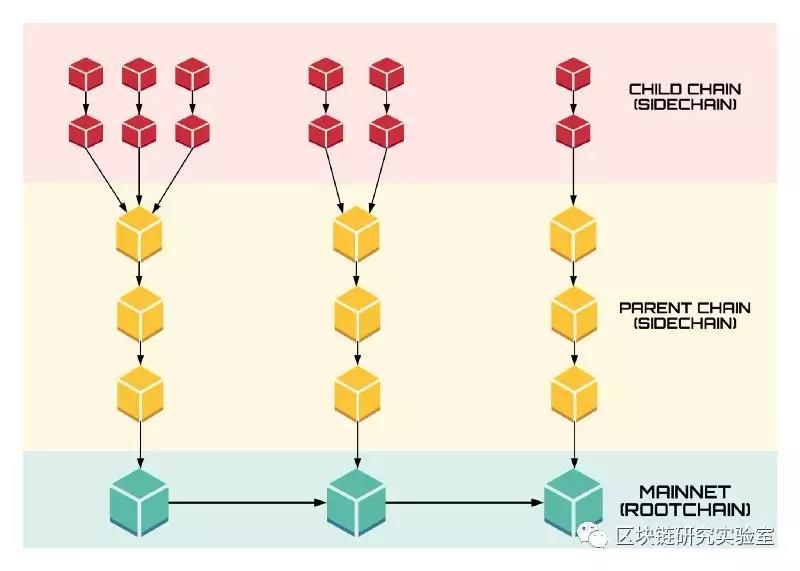 The idea is basically an application-specific extension system that develops the Ethereum smart contract layer built on each use case, which can be trusted by the branch and the Ethereum main network (that is, the "root chain" in the Plasma language). ) for effective interaction. In the later stages, the root chain is used as a guarantee for the correctness and security of the off-chain transaction, achieving an exponential growth in the reliability of the side chain structure architecture and scalability. The build is achieved by having the root chain process a small amount of commitment from the sub-chain (or only the important interactions needed in the event of a dispute) so that the root chain can be the safest and ultimate solution. The function of each sub-chain is that its own chain has its own consensus protocol, and the proof of sub-chain validity is submitted and stored in the chain immediately below, rather than being stored in the entire calculation.

A key attribute of Plasma is the exit mechanism, which allows users to abandon the chain and extract funds to the root chain when any problems arise. Then, by enabling each honest party to easily provide clear evidence of the orderly history of the transaction and quickly chain up in the event of an illegal exit/exit, this can bring the relevant chain or chain parties under control.

We all know that the Ethereum main network itself is an account-based blockchain, and plasma MVP uses the UTXO-based concept, more like a blockchain consisting of stateless objects, specifying the tokens that can be spent as the remaining transaction output, only owning The private key can cost them, similar to what we have for the Bitcoin blockchain network. Plasma MVP allows the production of PETH (plasma Ethers), eliminating the need for two-stage validation and providing simpler transactional endurance, which increases throughput. The UTXO model makes fraud certification and exit/withdrawal easier by significantly reducing complexity, so anyone on the plasma chain can exit with unspent tokens. The following is an implementation that checks for the existence of a specific UTXO input (with a unique utxo_id) in a particular block on a particular chain (meaning it has been spent if it has been found):

Plasma uses MapReduce, a framework for high-volume computing of thousands of nodes on a trusted sidechain, configured as a mapping complement function, reducing transaction logging. Plasma is also PoA-based, where transactions are verified and blocks are generated by authorized nodes (a set of specified validators that provide all mobility for participants in the PoA network in any Plasma chain). Implementing Plasma MVP includes a root-chain contract written in Solidity that includes a deployment script, a wrapper for the Plasma client and the rootchain API.

In addition to the Plasma concept, there is an implementation called Plasma Cash (which is still compatible with Plasma using DPoS as a coherency algorithm), which only focuses on blocks containing digital assets and blocks in the network that need to be tracked. In the case where the user re-stores a certain amount of ETH in the exchange, a new plasma coin having the same value as the stored ETH will be generated, which has a single unique ID, and then identifying and tracking these tokens in the plasma chain will be sufficient The location of a particular token (also known as PETH) in plasma is read without having to read all of the previous blockchain histories that the stored ETH has passed.

The plasma Csah prototype involves assigning a unique token identifier to the ETH deposit (primarily for any future cryptocurrency). This is based on the merkle tree model, where the user only has to deal with sub-parts of the merkle tree that store the transaction records without having to traverse the entire chain. It allows the owner to transfer assets to a trusted side chain while keeping the original value secure on the Ethereum main network and by assigning a unique ID to each plasma operator. Therefore, each user needs to use an architecture built in this way to verify less data. The following code snippet demonstrates the calculated merkle root, and if calculateHashand _rootHashdo matches, it returns true to prove that the particular leaf is actually in the merkle tree:

With Plasma Cash implementation, Decentralized Exchange (DEX) is only critical as an operator/certifier role and is limited to the order matching engine, so users have their own private key for the asset block. Have the right to use the exit process at any time to take your digital assets out of the root chain anytime, anywhere (for example, via the PlasmaCash bridge). Plasma Cash also features a significantly larger block, plus a sparse merkle registry of digital assets that can be assigned IDs, greatly increasing scalability, and the number of transaction activity streams is much larger than the existing Ethereum network.