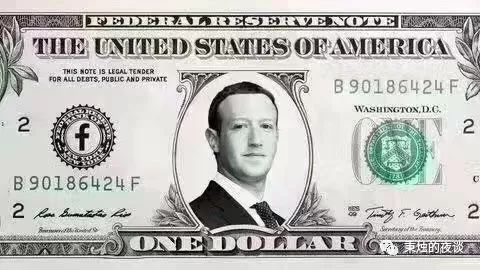 From the white paper's profile we see Facebook's vision: Libra's mission is to create a simple, borderless currency and financial infrastructure for billions of people , this new low-volatility cryptocurrency and smart contract platform Plans to open up new opportunities for responsible financial services innovation. “Simple” means streamlining the scripting contract language, and Libra has customized a move language to support the writing and execution of complex financial intelligence contracts. “Borderlessness” means using the Internet and blockchain as governance boundaries rather than national boundaries, which will have further impact on existing capital control policies and greatly improve the inclusiveness of finance. In the Internet era, the government can achieve a certain degree of supervision by regulating intermediary service providers such as operators, and the decoupling of the blockchain is stronger and the degree of supervision is weaker.

“Serving for billions of people” reflects the deep accumulation of Facebook’s more than 2 billion users on the C side and the important influence of the Internet and the world. From the C side, KYC should be needed, and the transfer cost should be low. At the same time, the billion-level order of service means the ultra-high performance of the blockchain. Libra adopts the BFT mechanism based on the LibraBFT consensus protocol. According to the technical white paper, the Libra protocol initially supports 1000 TPS with a block interval of 10 second. “Low volatility” means that Libra is also a stable currency. Unlike existing currency, which is based on French currency (USDT, etc.), digital currency (DAI, etc.) and “Algorithm Central Bank”, Libra’s underlying assets are a basket of bank deposits. And short-term government bonds. The reason for choosing bank deposits and short-term government bonds is the stability of their cash flow and the low volatility of prices. It also means that traditional financial assets such as bank deposits and bonds have been adopted on a large scale as the underlying assets of stable coins for the first time. This has not only a major impact on the digital currency industry, but also profound changes in traditional financial assets on the demand side.

In addition, the 26 members of the Libra Association have identified all the industry giants such as Visa, Mastercard, Uber, Paypal, etc., and the Libra Association plans to expand the membership to 100. According to the rules, if the company wants to be the founder of the association. Members must meet at least two of the following criteria:

With a market capitalization of more than $1 billion or a receivable balance of more than $500 million; serving more than 20 million people in multiple countries each year; being named one of the top 100 industry leaders by third-party industry associations or media companies, the association is initiating an assessment The list of candidates for applicants includes Interbrand's “Top 100 Global Brands”, Fortune Magazine's “Top 500”, Standard & Poor's Global 1200 Index, FTSE Eurotop 300 Index and other regional and national lists of well-known brands. The golden age of having to sigh the blockchain “grassroots entrepreneurship” has completely ended, and the era of giants has begun.

At the level of competition with the regulators, the giants will gradually replace grassroots and set off the banner of industry development. Compared with grassroots, the giant knows how to twist and turn around with the regulatory authorities, and knows how to do industry declarations. We will once again witness the regulatory cycle of “cat and mouse games” in traditional finance. From the government level, blind bottom-up supervision may not work. How to implement self-governing as a participant in multi-dimensional and all-round governance is the strategy that should be adopted.

Then we return to the core proposition of this article – will Libra become the global Internet central bank? Regardless of whether this issue is as expected in some people's eyes or how terrible it seems to others, we have to discuss this issue. First of all, from the current point of view, although Libra is a global currency based on the Internet and blockchain, it does not formulate its own monetary policy. Instead, it uses the central bank policy corresponding to the financial assets at the bottom of the basket, if strictly adopted. 1:1 anchoring is essentially a currency board system, and it is far from being a global Internet central bank. Even if it is, it is not an independent Internet central bank. But in time, with the increase in the number of B-side and C-end customers and the formation of a strong monetary financial network, how can anyone make it clear in the future?