Time reverts back to December 2017, CBOE and the Chicago Mercantile Exchange (CME) launched Bitcoin futures contracts in a week. The market generally believes that the cryptocurrency that has been in the gray area has finally been recognized by some mainstream financial institutions.

This is undoubtedly a stimulant for the bitcoin market, which has soared 14 times in a year, to reinvigorate the bitcoin investors who have fallen into enthusiasm.

As we all know later, Bitcoin prices reached an all-time high soon after the launch of the futures contract, and then turned sharply and opened a bear market that lasted for more than a year, like the endless emptiness after the excitement.

Bitcoin's plunging in 2018 has various factors, but the timing of the launch of the Bitcoin futures contract is so close to the historical high of Bitcoin's price. It is hard to say that it is just a coincidence. 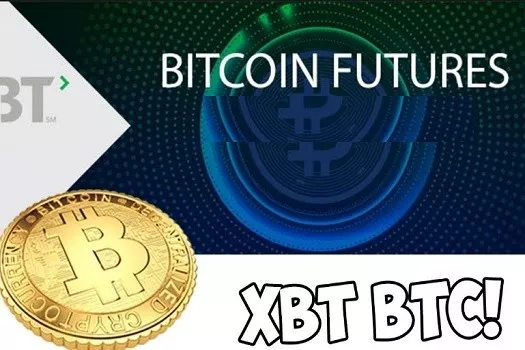 On December 11, 2017, CBOE took the lead in launching the Bitcoin Futures Contract (XBT) with the approval of US regulatory authorities, which is undoubtedly a landmark event in the history of cryptocurrency. Looking back at the high-level speeches of CBOE at the time, I still feel that they have great expectations for the launch of Bitcoin futures.

CBOE Global Markets CEO Ed Tilly said, “In view of Bitcoin's unprecedented huge profits, we will provide trading tools to help customers express their opinions and hedge risks. This is very important. We are committed to strengthening Bitcoin. Fairness and liquidity in the market. The launch of Bitcoin futures may boost the launch of the Bitcoin ETF."

CBOE Global Market COO Chris Concannon claims that “these derivatives are true game changers and will revolutionize the traditional financial sector and increase the acceptance of cryptocurrencies. In the next 10 years, the cryptocurrency market will be involved in assets and currencies. There has been an explosive growth in the area."

Judging from the situation on the first day of the launch, the scene is indeed hot. The price of the Bitcoin futures contract expired in January 2018 began to skyrocket from the $15,000 mark. During the period, the fuse was triggered several times, and the intraday offer once reached $18,650, which even caused the CBOE webpage to collapse.

On December 18, 2017, CME's Bitcoin Futures Contract (BTC) was launched, and the contract price due from January to June was more than $20,000. At that time, in the avid market environment, no one would have thought that the highest price of Bitcoin would stop at $19,142, and that it has not broken through $20,000.

On January 17, 2018, CBOE's first bitcoin futures contract expired, and spot prices fluctuated sharply on the day. The contract was finally settled at $11055, and the spot price of Bitcoin fell to $9199.59 on the day, which has fallen more than 50% since the highest point of a month ago.

Ed Tilly said at this time that the development of Bitcoin futures will be very long, but the result may be similar to the exchange-traded fund ETF. Bitcoin futures is a product worthy of long-term pursuit, but only if it is supported by national regulators.

Obviously I can feel that there is no such enthusiasm at the time of launch.

It is worth mentioning that the delivery day fluctuated drastically and since then it has become a “tradition” of Bitcoin futures contracts. The reason is nothing more than near delivery, and the multi-military and air force are seized the last chance to try to get rid of each other.

In 2018, the price of bitcoin fell in a waterfall. Due to the impact of the bear market, bitcoin trading volume also fell by more than 80%. Since May 2018, the nominal trading volume of CBOE Bitcoin futures contracts has never exceeded $1 billion.

Why will CME come to the future?

However, CBOE's competitor CME did not want to close the Bitcoin futures trading. Even in the case of bitcoin price rebound in April this year, CME's trading volume continued to hit a new high.

In April of this year, bitcoin prices ushered in a wave of gains, and CME's bitcoin futures trading volume also hit a record high. According to data released by CME, Bitcoin futures reached a record 22,542 contracts on April 4, equivalent to 113,000 bitcoins, with a nominal value of $563 million.

CME's nominal trading volume of Bitcoin in April and May has exceeded the total volume of transactions in the past six months. CBOE, which is ahead of CME's weekly Bitcoin futures, today's bitcoin futures trading volume is less than one-tenth of that of CME. It is true that early-earning birds do not necessarily have insects.

Can't help but ask, are all doing bitcoin futures contracts, why is the gap so big?

First look at the similarities between the two, both sides are cash settlement, which means that Bitcoin will not simply trade hands on the exchange, buyers and sellers only need to pay attention to the sales price and cash price, through the spread to achieve revenue. This settlement method does not have any practical effect on the circulation of Bitcoin.

The difference between the two is that XBT is 1 bitcoin and BTC is 5 bitcoin; XBT has a minimum price of $10/bitcoin, BTC is $5/bitcoin; XBT requires 44% initial margin, That is, about 2 times leverage; BTC requires 35% initial margin, which is about 3 times leverage; XBT uses the price index of each major exchange to make pricing and settlement, BTC is settled at 4:00 pm EST on the Gemini exchange. The settlement is calculated as the settlement price.

Some experts believe that CBOE's contract multiple is small, and the high participation cost may make CME's bitcoin contract more attractive to investors, while trading bitcoin in CBOE and CME is not cost-effective, because to some extent CME bitcoin The volume of transactions affects the volume of CBOE transactions. In other words, CME grabbed the CBOE business.

Although CBOE's Bitcoin futures contract is about to close, it does not mean that CME has since become a big one, and this market has never lacked participants.

Cash settlement is beneficial for institutions, hedge funds, etc. to avoid the price risk of holding bitcoin, so that they can quickly participate in bitcoin futures trading. However, the drawbacks of cash calculations have also been mentioned in the previous article, which does not promote the circulation of Bitcoin. The physical delivery will undoubtedly promote the circulation of Bitcoin, which can effectively solve this pain point.

In addition, Nasdaq has been eyeing Bitcoin futures. It is reported that Nasdaq is likely to launch its first bitcoin contract this year.

Of course, for investors, the biggest concern is whether CBOE will close the Bitcoin futures contract and will affect the price of Bitcoin.

However, after CBOE and CME launched the Bitcoin futures contract, the bitcoin price went straight for a few times. There are still many controversies in the market for bitcoin futures for cash delivery. Many people will give the 2018 cryptocurrency bear market Bitcoin futures.

This is not unreasonable. Bitcoin futures have given Wall Street hedge funds and cryptocurrency giants a chance to short, but because it is a cash settlement method, it is impossible to achieve without a sufficient amount of bitcoin.

Therefore, if you want to short the bitcoin, it is necessary to buy coins and coins first, so that a large amount of money will flow into the market, which just explains that the futures have reached an all-time high.

However, some people believe that there are other factors that cause Bitcoin prices to plummet in 2018. It is not appropriate to throw this pot completely into Bitcoin futures. The reasons for the decline in bitcoin prices may be due to the review of global regulatory agencies, the measures taken by tax authorities, and the rise of other cryptocurrencies.

The two sides are not arguing, but in this case, the launch of Bakkt with physical delivery is quite expected, and it is time to pay attention to whether the product can suppress the fluctuations fueled by cash futures.

But in any case, futures trading is a high-risk investment behavior after all, especially for retail investors, don't be a hot-spoken mind, and there are many lessons to learn from.

Do you think that the traditional exchanges to launch bitcoin futures trading is more conducive to the discovery of bitcoin value, or is it the prevalence of speculation? why?

How difficult is protecting privacy? Even anonymous coins may leak your secrets