With the release of Libra's white paper on Facebook's stable currency project, Libra's attention has reached a very high level, and even on the microblogging and knowledgeable hot search list.

In order to provide simple, borderless currency and financial infrastructure to billions of people around the world, Facebook has detailed in the white paper what the Libra Stabilization Coin will be issued and what kind of responsibilities it will shoulder. You should have read too many explanatory articles about Facebook currency, but there are more details and cold knowledge that are hard to notice. You may have missed this cold knowledge of BlockBeats without looking at the block rhythm.

1. Libra is so cow X, do you want to join as a founding member to participate in the currency? Almost no ordinary people can participate because the threshold is very high. If you are a business, you have to qualify for the Fortune 500; if you are a cryptocurrency investor, you must manage assets above $1 billion; if you are a blockchain company, you must pass a security audit and publicly disclose relevant Information to host or hold at least $100 million in assets for customers. 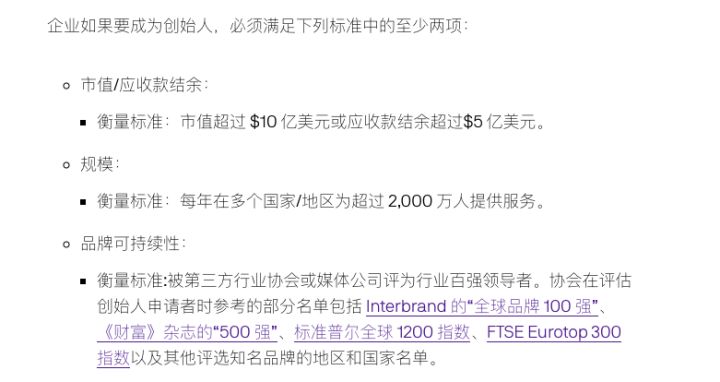 2. The Libra blockchain has been forked. Twelve hours after the project library was announced, the forklift project Libra Classic has emerged with the slogan “Let billions of people not lose privacy and benefit big American companies.” Libra Classic consensus mechanism has been from Byzantine fault-tolerant FBT Changed to "Zhongbencong consensus", and everyone can run nodes.

3. Libra's Chinese name is Libra. When he sued Facebook's twin brother Winklevoss Wenkleworth, he bought a lot of bitcoin after getting the compensation, became the richest person in the top 10 bitcoin, and then founded a deal called Gemini. All. Gemini means Gemini, and also released the world's first compliance stable currency, GUSD, 1GUSD = 1 US dollar. In the constellation, some people think that Libra and Gemini are a natural pair. 4. After Facebook announced the issue of the currency, Zuckerberg told the Winklevoss brothers on Twitter that FAANG (Facebook, Apple, Amazon, Netflix, Google) will issue the currency within 2 years.

5. Libra Stabilizer does not use gold as a collateral, nor does it use cryptocurrencies such as Bitcoin as collateral, but instead uses a basket of low-volatility assets (such as cash and government securities provided by a stable and reputable central bank). ) Mortgage. Therefore, the price of Libra can remain relatively stable.

6. Libra Stabilization Coin can be used to send money and pay. People working abroad can transfer money back home in a convenient and quick way, while college students can easily pay rent as much as buying coffee. Well, of course, it is more convenient to change the US dollar.

8. Is Libra controlled by Facebook? The answer is no, Libra Coin is governed by an independent, not-for-profit Libra association, and Facebook is the initiator of the project. The Libra Association is an independent, not-for-profit membership organization based in Geneva, Switzerland. The association aims to coordinate and provide a management framework for networks and asset reserves, and to lead funds that generate social impact to support inclusive finance.

9. The Facebook Libra Authenticator node has a very low server configuration and can meet the computing needs with Amazon.com's m5.24xlarge. According to the official pricing of Amazon Web Service, the price of an m5.24xlarge server is now $4.60 for one hour and $3,312 for a month. This is nothing compared to engineers and a set of security infrastructure that need to work together. In Silicon Valley, a full-time website reliability engineer has an annual salary of about $100,000 to $150,000.

10. What are the benefits of being a founding member of Libra? In addition to making a substantial contribution to society, joining an association can also bring some of the following potential benefits to the organization: to play an active role in the governance of the association, to qualify for new user rewards and transaction rebates, and to receive dividends through Libra investment tokens. . 11. Getting through payments and finance is a long-term obsession. Facebook set up a company called Facebook Payment, which not only added payment function to the Messenger, but also sent a virtual currency called Facebook Credits. People can use Facebook Credits to purchase items from games and non-gaming apps. One dollar is equivalent to 10 Facebook Credits and there are 15 currencies to choose from, including USD, GBP, and EUR. But then it turned yellow and eventually became Libra.

12. The efficiency of the Libra blockchain is not high. According to the technical white paper, the Libra protocol initially supports 1000 TPS with a block interval of 10 seconds, which is much lower than EOS's 3996 TPS peak, and there is not much advantage compared to Tron's nearly a thousand TPS peak.

13. Libra has just been released for a day and has already scared vested interests. US House of Representatives Patrick McHenry asked for a hearing on the Libra plan. Waters, chairman of the US House Financial Services Committee, called on Facebook to stop developing cryptocurrencies and thought that Congress and regulators should investigate this.

14. Is Libra a legal currency? At least Facebook believes it to be legal and can be used in all countries or regions where cryptocurrencies are allowed. But for Chinese users, Facebook is difficult to enter China, let alone recognize the digital cryptocurrency it issued.

16. If you can find bugs on the Libra blockchain, you can find Zuckerberg rewards. The Libra Association will launch a public bonus program to identify bugs as a key measure to enhance blockchain security.

18. Libra's TPS is 1000, which means it can process 1000 transactions per second and can process 31.5 billion times a year. This figure is very low. During the Spring Festival of the Year of the Pig, 823 million people on WeChat received and received red packets. They randomly sent 10 red packets, which is 8.2 billion transactions. However, Libra's blockchain processing speed can be expanded, and it can be expanded in the future.

19. Facebook Libra's block confirmation time is 10 seconds, which is related to the geographical difference of servers scattered around the world, and the node information synchronization time is too large. The network delay from China to the United States must have a delay of 150-250ms, and the synchronization between global nodes will consume more time, so the speed of 10 seconds is not surprising.

20. The Libra blockchain can be forked after being attacked. If one-third of the certifier nodes experience malicious behavior and cause the blockchain to fork, the Libra Association will adopt a series of strategies, including: temporarily stopping the transaction processing of Libra reserves, determining the damage caused by the attack, and How to use software updates to resolve fork release recommendations. In addition, the association will develop strategies for other situations such as discovering software vulnerabilities.

21. Don't think about using Libra to launder money, because Facebook has long worked with law enforcement. Like all other monetary or financial infrastructures, cyber dangers will try to extract improper benefits from the Libra network. In addition, transactions occurring on the Libra blockchain are in the form of pseudonyms, which also opens up the possibility of third-party fraud and illegal activities. However, while the Libra network is open to everyone with an Internet connection and allows access, its primary endpoints need to comply with relevant laws and regulations and work with law enforcement.

22. Sun Yuchen took this hot spot 6 hours after Facebook Libra sent a white paper. Sun Yuchen is famous for his like to follow hot spots. After the news release, he did not have the first time to keep up with the hot spots, and may be related to people abroad.

24. One day after the release of Facebook Libra, its Github project library has earned 3,800 stars. In the past month, 13 developers have pushed 23 commits to all branches, 1052 files have been changed, 40,539 rows have been added, and 13052 rows have been deleted.

25. If your Libra is lost, Facebook's Calibra wallet team will give the user a refund.

26. The Libra blockchain uses the BIP39 mnemonic. Its mnemonic is consistent with the mnemonic criteria used by bitcoin, Ethereum, and other blockchains, and randomly takes 12-24 words that are easy to remember from 2048 standard lexicons.

This article was first published in Tencent Technology and is prohibited from being reproduced without permission.

From the palm of the hand to the outline, Babbitt walked into Fujian, the first advanced seminar of the City College | Early bird ticket & fight group ticket limited time to open!

Hundreds of millions of funds fled, tens of thousands of BTCs were raised, and the king of leverage "human evaporation"