Yesterday we commented on the Facebook issue of the coin, and some of the details involved in it were raised in the conference call. We will now summarize more and discuss this and welcome more in-depth discussions.

Event : Libra, led by Facebook and co-sponsored by 28 global industry giants, has published its white paper at 17:00 on June 18th (early morning in California, USA). No one knew the official release channel, and Zuckerberg confirmed the incident on his Facebook page and published an exciting letter. Although Libra is self-governed by the Libra Association registered in Switzerland, there is no doubt that its white paper admits that Facebook will maintain a leadership role in the association until the end of 2019.

It wouldn't be surprising if Facebook announced its move into blockchain socialization, blockchain payments, blockchain games, and even the usual stable currency, but the Libra white paper puts it in place to “build a simple, borderless currency and The mission of the financial infrastructure that billions of people serve has definitely exceeded market expectations. Can this thing not be understood as a universal "sovereign currency"? From a literal point of view, there is absolutely nothing wrong with this understanding.

In a word, Libra's goal is not BTC/ETH/EOS, but the sword refers to the global financial system. In this sense, this is definitely not just a matter of the blockchain project, which is more than the current area. Blockchain projects are much more complicated and different levels!

Then the question came, and it was written in the faces of financial and regulatory authorities in various countries. Did Libra ask their opinions? We are sure that this is a blockchain industry or even a global event, so start with the most realistic issues of the moment – find the problem, and find the way forward.

We have sorted out some key issues, including the description and understanding of Libra, all from the white paper published by the official website. For details, please refer to libra.org, which can be referenced in several versions including Chinese and English.

1. How to achieve the stability of the currency?

Libra White Paper writes, “This means that a Libra is not always able to convert to an equivalent local currency (ie Libra is not “linked” to a single currency). Instead, as the value of the underlying asset fluctuates, in any local currency The value of Libra may also fluctuate. However, the purpose of selecting reserve assets is to minimize volatility and allow Libra holders to trust that the currency can be preserved over the long term. The assets in Libra reserves will be distributed around the world and have The investment level credit rating is held by the custodian to ensure the security and dispersion of the assets."

There is a paradox here: How does Libra not "hook" with a single currency, that is, not anchoring a single currency, but also achieving "long-term preservation"? What is the stability of anchoring here? The anchors are different, the fluctuations are different, the anchors are uncertain, and why is it stable? The anchors of RMB assets and US dollar assets are different, and their value fluctuations are all anchors for the local currency. If you change the anchor, the fluctuation will be different. If you anchor the strongest dollar, it is not universally acceptable, then go back to what UDST has done, nothing new. Obviously, using reserve assets to build a global anchor, there is a paradox in measuring the value of real assets.

2. Generation and distribution of interest

With regard to interest, the white paper describes, “The interest on reserve assets will be used to pay for the cost of the system, to ensure low transaction costs, dividends to investors in the early stages of ecosystem start-up, and to support further growth and diffusion. Interest distribution on reserve assets will Set in advance and will be supervised by the Libra Association. Libra users will not receive returns from reserve assets."

One obvious fact is that if a user holds a currency deposit or a bond and has interest, why is there no interest on holding Libra? Of course, exchanges are cost-effective, but they are not measured by a standard set of financial calculations, but are distributed across the board, and obviously have many problems.

This problem is no longer obvious. Let's take a look at the allegations of misappropriation of funds and reserves by Tehter's New York Attorney General. The authenticity of Libra's reserve asset shield is also a problem. Financial institutions within a country are facing compliance issues, not to mention the authenticity and compliance of global asset reserves.

If Libra does not have full currency and government bonds for full mortgage, then it is doing the “money creation” action, that is, using the “coin coin”, which was monopolized by the sovereign state before the blockchain appeared. of.

Say the above question, Libra, which intends to release the global sovereign currency, a currency that can be imagined to break through foreign exchange control, how to face the crisis of national supervision! ?

Not to mention foreign countries. In the United States, Libra was not released for a long time. The chairman of the US House Financial Committee called for a hearing on Libra and Facebook, suggesting that Facebook should immediately stop Libra's development plan.

Some would say that Libra is a self-governing association registered in Switzerland and does not belong to Facebook. Zuckerberg himself is advocating, and the white paper also clearly states that Facebook is the leading player in the early stage. At this time, there is no room for supervision and shaking.

Thoughts on Financial Innovation and Its Cost

1. Standing on the shoulders of giants, saying that the giant is not high?

At the beginning of the white paper, traditional finances are costly and inefficient, claiming to create a new type of inclusive financial infrastructure. Then the problem comes. As a reserve asset of Libra's most critical shield, it lies in the traditional financial system that is criticized. Whether it is the asset price market, rating system, regulation and foreign exchange market, it is within the traditional financial system. Libra's value shield is based on such a system. How to achieve global inclusiveness and innovation? Is there a feeling of using an old bottle of new wine?

“Transferring funds globally should be as easy, cost-effective, and even safer as sending text messages or sharing photos.” If the traditional banking and foreign exchange market shields are not good enough, how can Libra be better on top of it?

Internet protocols have brought about a faster spread of information, but can blockchains or other tools or models necessarily lead to rapid circulation of funds? The answer is not known.

2. The cost of converting old and new systems

We have seen some analysts believe that Libra will help the United States achieve financial hegemony expansion, and its government is willing to help its success. I even think that this move will allow the United States to achieve leapfrogging, and other countries will have backward worries if they do not enter the market as soon as possible.

We believe that the problem can be observed from another angle. Countries around the world are in the current balance of relations and systems. Whether financial hegemony or military hegemony is in the current competitive and equilibrium state.

Facebook's lead in releasing Libra is only the next event. It does not constitute an important variable for the global financial order and equilibrium. Obviously, the maintenance and strengthening of financial sovereignty is something that all countries are doing. Libra is not a new technology. And the model (its shield is still in the traditional financial system) and external increments; instead Libra first challenged the existing financial system of the United States – Libra will squeeze traditional countries and the international financial system. This has been called from the US financial regulator (previously the chairman of the House Financial Services Committee) to call Libra to glimpse.

Facebook’s release of Libra is not so much about Wall Street’s declaration of war to sovereign states outside the United States. Facebook is using small Internet companies and some financial technology companies (such as Visa), blockchain and government credit (including French and Libra). The government bond mentioned in the white paper) is a self-issued and controllable “coin” credit, a pre-promotional provocation to try to seize the sovereign coinage of the sovereign government.

The so-called "breaking the old" requires the cooperation of trends and timing. If Libra is a currency issued by an alien, suddenly it is necessary to help the United States continue to strengthen its hegemony in the market of the earth. It is a new external increment, and it is another matter.

It’s also costly to break the old. Breaking the traditional system and establishing a new Libra-led system, I believe that countries have no clear cost measurement and are not ready yet. 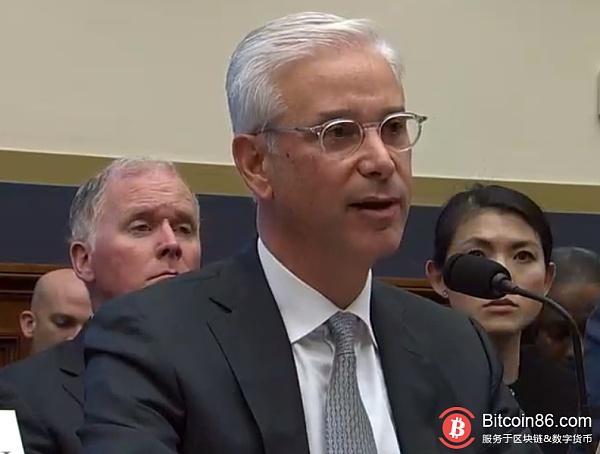 Analyst: Bitcoin's dormant state could be a precursor to a dramatic shift