Currency evolution has always been represented by two modes: a model of bitcoin-led books and currency fusion, which is the Florentine pattern I wrote. For details, please see the "Great Blockchain Spirit" of the Renaissance. One article; another model is the concept of currency and book cutting, which is the “coin-free blockchain”. Let's discuss it together.

Bitcoin perfectly combines the books and the currency, and can directly use a string of code as money. Just as in the "Religious "blockchain" spirit" article in Florence's national accounting system, to account for the confirmation of the block, each person is equivalent to each node in the bitcoin, to ensure that can not be tampered, no center Centralized liquidation, point-to-point payment, no longer repeat.

Antwerp is located on the Scheldt River in northwestern Belgium. The medieval turmoil of Florence has become a financial, cultural and trade center. In the feng shui, the Portuguese merchant ships have placed the distribution center in Europe in Antwerp. The prosperity of the spice trade has prompted huge capital inflows. In turn, the world's most commercial Jewish people smelled the wind and flooded into Antwerp. The Jews brought not only commercial capital, but also genius business skills, and finally Germans and Spaniards with silver mines. Of course, the Florentines are indispensable.

The rigorous Florentine, the trade balance between a small range of acquaintances was broken by a group of gamblers. Before every merchant ship enters the port, the price of the adventurous Spaniards gambling spices, that is, the futures we are familiar with, and whether the merchant ships will bet on the sea at sea, the marine insurance is born, even the pregnant women are born Men and women can bet on gambling. 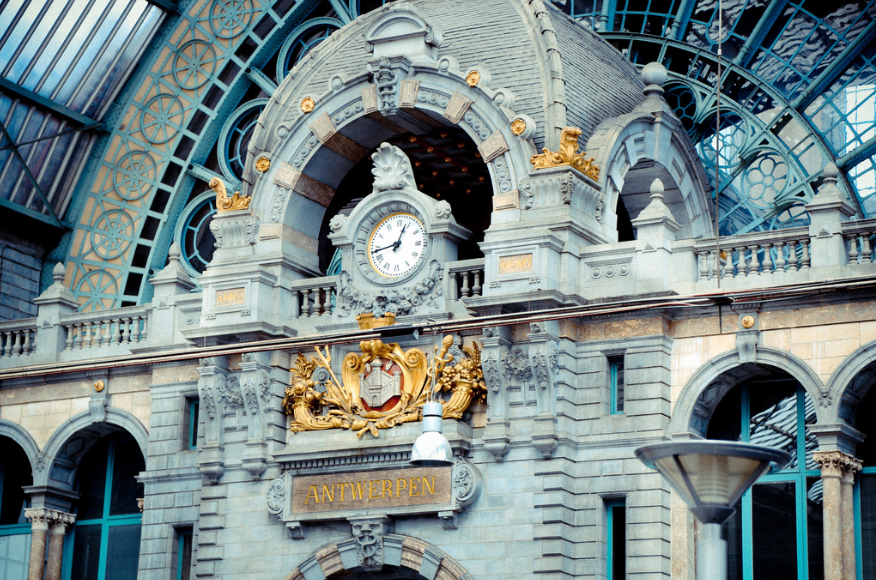 The Germanic barbarian in Antwerp is not guilty of the double-entry bookkeeping of Florence. The merchants of all countries are mixed, and a standardized liquidation system is urgently needed. In 1551, the Antwerp Stock Exchange came into being, specializing in the trading of public debt, and at the same time laid the foundation of the later Central Bank.

The astute Antwerp merchants also invented the transferability of standardized commercial drafts. Simply speaking, the remote merchants do trade. If the cash is given to you first, it is not safe. If there is no delivery, the other merchants who have the goods also have concerns, and will travel long distances to deliver the goods. ? There is a problem of trust between the two parties, and commercial bills of exchange are guarantees. And now the smart contract in Ethereum is exactly the solution to this problem.

Another major invention is the promissory note. Assuming that a person is in debt, making an owe, setting a date for return, banks, businessmen, and individuals can issue it, and then develop into a bank voucher, which is what we use. Banknotes.

The Florentine model has never escaped the shackles of the book culture, so there is no evolution. The Antwerp model evolved from the central bank, discounted banks and issuing banks.

In contrast, the Florence model and the Antwerp model, we can clearly understand that every currency evolution requires external pressure to advance. Without Antwerp's huge flow of people and funds, it is impossible to generate a bill exchange and a clearing system. Money is moving in different directions, depending on the pressure of business model evolution and the efficiency of business transactions.

Above, we have a claim in our minds. In view of the large scale of global transactions, it is pointed out that China’s online consumption is expanding at an unprecedented scale, and it is growing by about 50%. The scale of e-commerce transactions on the Internet has even reached an astonishing 7 trillion yuan, equivalent to one-fifth of the national retail industry. More importantly, the annual transaction size of cross-border e-commerce is 6.3 trillion. It shows that the world has put forward new requirements for the evolution of the currency, as evidenced by the internationalization of the RMB in recent years.

The direction of future currency evolution must be a more efficient business system. Digital currency and blockchain stand on the vent. However, everyone's international monetary system is different, even islanding. The world currency is a concept. Before the dollar was the target, the rise of China in the last 30 years, the renminbi challenged the status of the dollar overlord.

In a sense, the renminbi and the US dollar are still traditional currencies. They do not solve the problem of commercial trade and commercial efficiency. They still rely on centralized liquidation, and the transaction information is not smooth enough. The transactions behind closed doors are not revolutionary.

Digital currency comes with a digital attribute that aggregates all the information to achieve price discovery most effectively, thereby increasing overall business efficiency.

The Bank of England adopts the bitcoin model of the digital currency, while the Chinese government has developed the Antwerp model. The books are only booked. In addition, the RMB is traded as a separate digital currency.

In essence, the central bank controls the issuance of money. The consensus is that the credit behind China is endorsed. The problem with the Bitcoin model is that it is inefficient. In the recent skyrocketing market, the Bitcoin block has begun to become congested. Coupled with the high fee problem, it is urgently needed to be solved in the Bitcoin mode.

In the final analysis, if bitcoin is to go to the public's vision, the problem itself is not in the level of social cognition, but in the perfection and safety factor of its own technology. The genes of the world's currencies are not subverted by the traditional currency, and subversion will inevitably occur. Just as the subversive car is definitely not a gasoline car, but an electric car, it belongs to a logical framework.

Dragon White: The Libra of the US dollar, the future of the dollar