A few Yangxian lines changed to three views, "Spicy Articles" resounded through the currency circle. Litecoin has risen more than 320% since 2019 , far exceeding the more well-known mainstream currencies, such as XRP's 15% and ETH. 94%, even more than 144% of the encryption king bitcoin.

According to CoinMarketCap statistics, the market value of Litecoin is about 57.3 billion, currently ranked fourth.

So, what is the reason behind the rise of Litecoin? How does LTC enter the investor's field of vision and gain an advantage in the competition? The answer is simple. The key is a word: halving.

As the name suggests, halving means halving the original value. In the context of a cryptocurrency mine, halving is the process of reducing the return on mining of cryptocurrencies by 50%.

The halving of each cryptocurrency is different. The Litecoin reference draws on the basic code of Bitcoin. Its halving is similar to Bitcoin and occurs every four years. The total amount of Litecoin is 84 million, and a block is generated every 2.5 minutes. The block reward is 50 at the beginning. For each 840,000 Litecoin, the block reward is reduced to half until the output reaches the set 84 million. Pie.

Why design a halving mechanism?

The root cause is the consideration of supply and demand . Imagine an extreme situation: if a large amount of coins are produced without restrictions in a short period of time, the currency will inevitably become worthless because of too much liquidity. The reason why this is so designed is to control inflation. You can also compare this rule with gold. The total amount of gold on the earth is fixed. Nowadays, mining is becoming more and more difficult. For these reasons, gold can circulate. For thousands of years, it has remained stable and has become an internationally recognized source of value exchange.

How is the upcoming halving of the price soaring?

Halving is not a trivial matter. When supply changes, its impact on the market is similar to traditional markets. When the halving point comes, most cryptocurrency investors will turn to the market to buy coins instead of acquiring coins by mining. This has led to a surge in the market price of cryptocurrencies, as more people are forced to buy through the market due to a reduction in mining incentives.

Therefore, it is precisely because of the expectation of soaring prices that investors began to transfer their funds to Litecoin. The halving theory seems to be very popular among most people in the industry. For example, Charles Hayter, CEO and co-founder of CryptoCompare, described the halving as a “price catalyst” for the value of Litecoin , and the CEO of BitBull Capital said bluntly that this halved Expectations are the reason for the recent rise in Litecoin. In any case, this judgment may prove to be correct, as history has witnessed the halving of the Litecoin for the first time in 2015, which subsequently led to a 590% surge in the price of Litecoin.

Is skyrocketing an illusion to cover up the cruel reality?

Although most people express positive emotions, some people such as Bloomberg have expressed concern about the application prospects of Litecoin. According to statistics provided by Bloomberg, the trading volume of Litecoin has fallen sharply to 84% since the peak of last January. Although the trading volume of Litecoin has started to pick up since the beginning of 2019, its price has fluctuated rapidly. For developers who want to incubate projects on the Wright currency chain, Litecoin is an unpopular choice.

Quote the words of Aaron Brown, a freelance writer for Bloomberg Opinion and a cryptocurrency fanatic.

“Lite currency will only prosper if Bitcoin is valuable,”

“Litecoin is a mature and convenient cryptocurrency that is well suited to the world of Bitcoin as a value store. But in a world where Bitcoin is cheaper, I don’t think it has much value.” David Tawil, president of cryptocurrency fund ProChain Capital, seems to agree with Alan Brown, who said:

“This is a good potential investment opportunity, but I think that halving is not important for the basic development of the blockchain for a longer period of time.”

For investors who want to make quick profits due to large price fluctuations, halving is often the best chance. However, the price increase caused by halving may be temporary, and this will continue until the Litecoin is put to practical use. 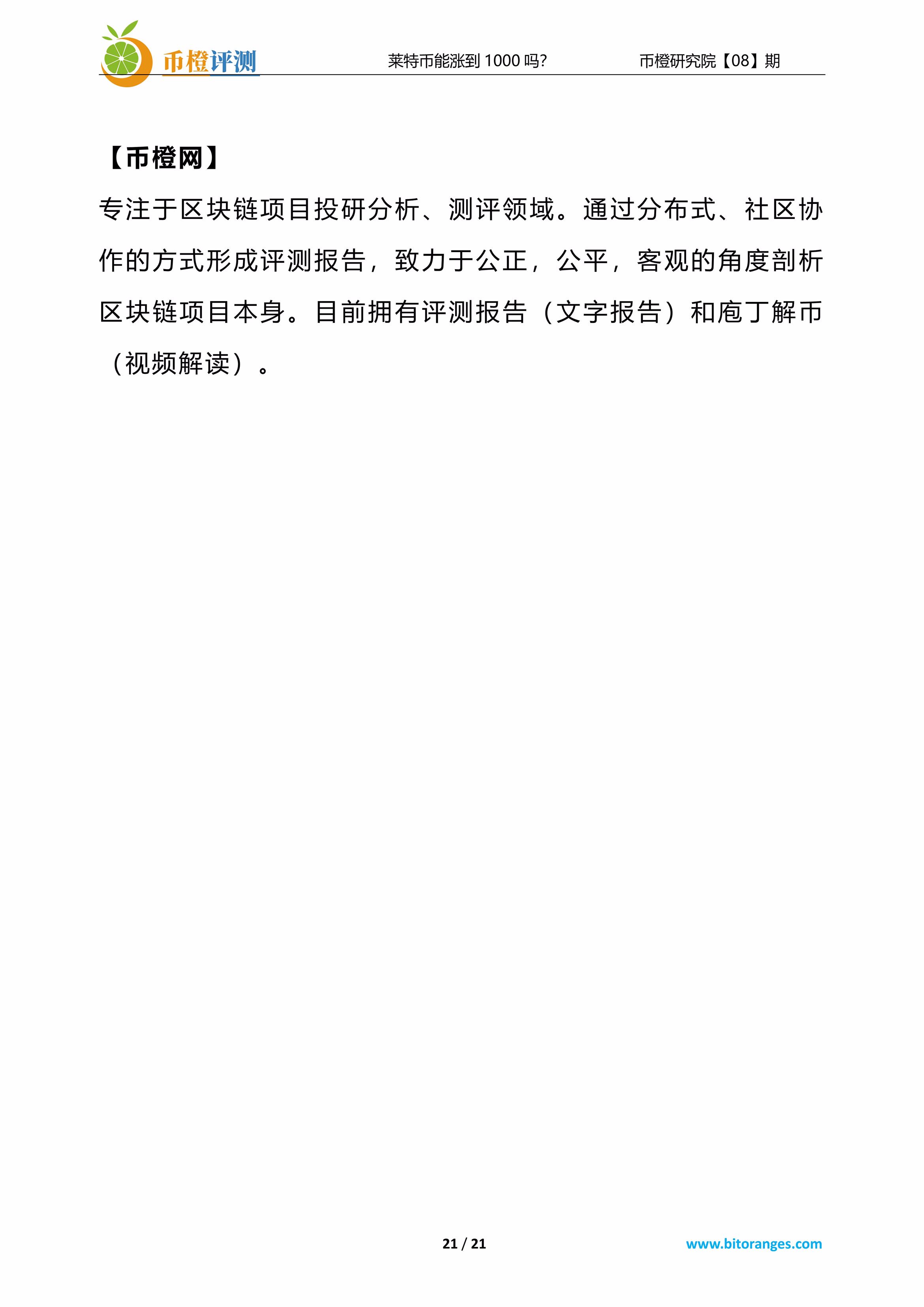