Libra is just out of the white paper. The Digital Money Institute of the People’s Bank of China has already made a pilot project.

When I look back, the man is in a dim light.

After Facebook-led Libra released the digital currency white paper, its attention has broken through the blockchain field and burned into many fields such as economy, finance, technology, and politics.

In Ma Huateng's view, this is a "technical is not difficult" project, its spread stems from the credit subject "Facebook" behind it. At the other end of the world, the People's Bank of China, the more powerful credit entity, has quietly done research on blockchain and research on China's own digital currency for many years. At the number of fairs last month, the deputy director of the Central Bank Digital Money Institute revealed some of the latest progress: the central bank's blockchain application has actually begun.

Federal Reserve Board Jerome Powell presented a view on Facebook's launch of the Libra digital currency at a press conference. He said that Facebook had communicated with the Fed before the launch of Libra. Powell also said: "We have high expectations for Libra."

The subtext of this sentence is that the Fed is supporting Libra.

In addition, according to Facebook's own volume plus Libra's nodes include VISA, eBay, PayPal, MasterCard, Uber, booking and other familiar technology financial companies, compared to the previous blockchain project, giving a "regular army" The feeling of coming.

At the Big Data Expo held in Guiyang in 2019, Mutual Chain Pulse learned that the Central Bank Digital Money Research Institute is already doing some pilot applications. For example, the PBCTFP trade financing platform was developed to serve the trade finance of Dawan District, Guangdong, Hong Kong and Macau.

The inter-chain pulse combined with the previous release of the Central Bank Digital Currency Institute, compared to the Libra supported by the Fed, to some extent, they represent the two directions of the future of digital currency. 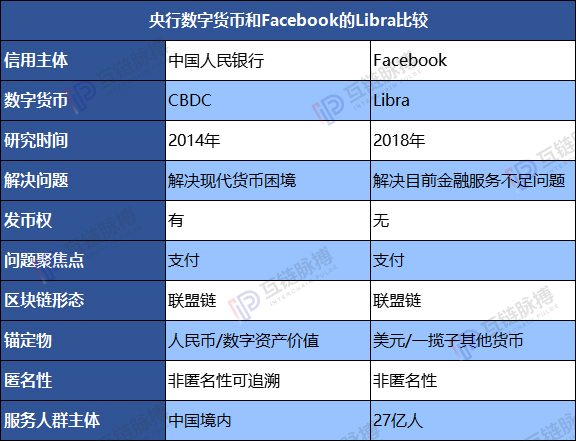 Facebook's blockchain application was first introduced in early 2018. When Zuckerberg released the 2018 Individual Challenge Plan, he first revealed his concern about blockchain and cryptocurrency, and wanted to use cryptocurrency to achieve "empowering people." "The ideal."

In May 2018, Facebook conducted the largest internal restructuring in history. It's worth noting that after this reorganization, Facebook set up a separate blockchain division led by Facebook's independent instant messaging application, Messenger executive David Marcus, and was attributed to Facebook's "New Platform and Architecture Group." ". Then on June 18th, Libra's white paper was released.

The digital currency of the People's Bank of China has not yet been issued, and there is not much information disclosed. However, it can be seen from the relevant reports issued by the central bank in the past that the two institutions have many similarities in the use of digital currency. For example, the central bank's digital currency (CBDC, Central Bank Digital Currency) and Libra's core functions are paid for; the blockchain technology is used as the underlying accounting technology; the license chain (the alliance chain) is adopted; the digital currency is non-anonymous; and the supervision is supported. .

However, the starting point is very different. The central bank's digital currency is to solve banknote defects. Yao Qian, the director of the Central Bank's Institute of Digital Monetary Research, wrote the article “Central Bank Digital Currency – Optimization of the Monetary System and Its Distribution Design”, which states that traditional currencies have three flaws: weak traceability, homogeneity, and real-time ( Real-momentness). Weak traceability makes it difficult for central banks to monitor how money flows, leading to a time lag in central bank policy responses. Homogeneity means that the only role of banknotes is to calculate prices. Therefore, traditional monetary policy can only influence the supply and cost of private sector money through total adjustment, which makes it difficult to peg the money supply. Real-time means that in traditional currencies, transactions and payments are real-time, so the central bank cannot determine the flow of money and whether monetary policy objectives are met. In addition, real-time also means that central bank decisions can only rely on historical information.

Libra will not consider the issue of currency rights from the beginning, because it anchors a basket of currencies such as the US dollar. Under the Libra system, the issue of the currency is handed over to the Fed to do business with the commercial banks.

It's worth noting that if Facebook's affiliate nodes all use Libra, then there may be more than 2.7 billion users, Libra can bring an extension of the dollar hegemony; and the relationship between the central bank's digital currency and Libra is unknown.

But China's central bank also has a first-hand advantage. In addition to accumulating a large number of blockchain patents and research results, the central bank has piloted the PBCTFP blockchain platform on a small scale and is truly realistic.

PBCTFP is a platform for solving the trade finance blockchain. It is reported that four blockchain applications have been set up on this platform, with 26 banks participating, achieving 17,000 businesses and more than 4 billion yuan in business. 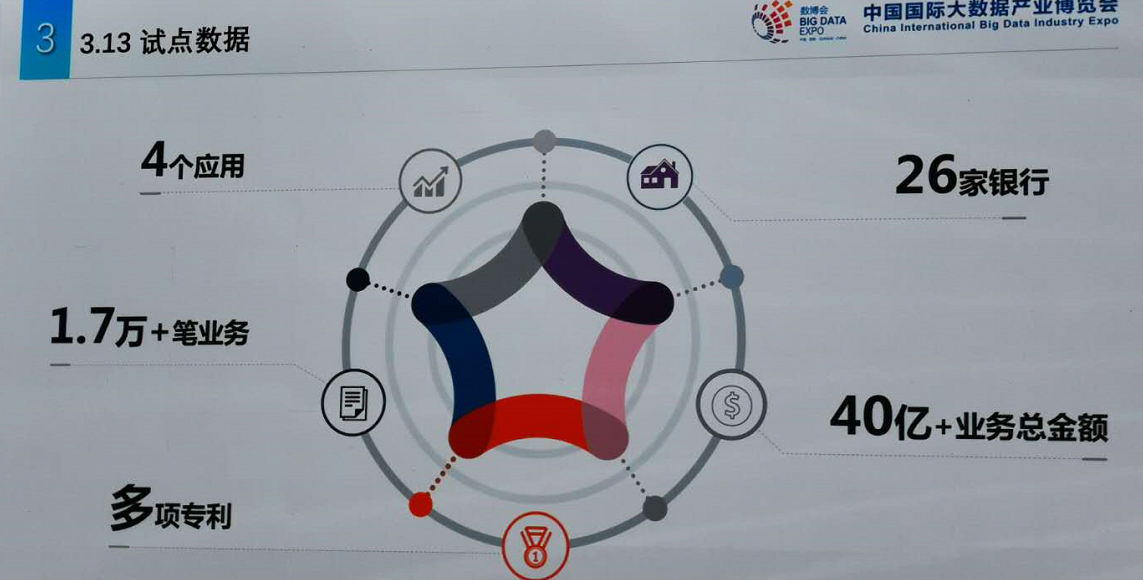 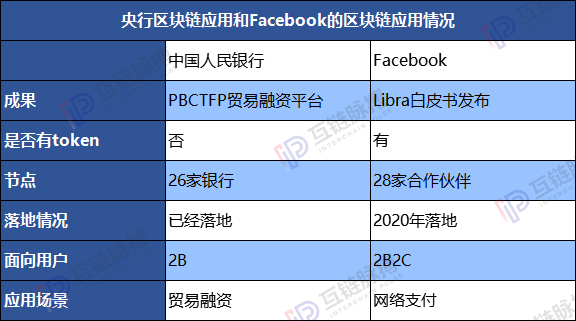 (Tablet: Interchain Pulse) PBCTFP is an attempt by the Central Bank's Digital Money Institute to apply in the blockchain. Its successful operation can provide experience for the industry's digital currency based on the use of blockchain. This shows the cautiousness of China's development of digital currency. After all, their level of security is different. If Libra fails, it will not return to the previous state. The loss may be investors and individual enterprises. If the central bank's digital currency has a slight error, it may affect the national economy.

In the face of Libra's landing next year, many people are worried about the status of the renminbi. In fact, European financial institutions are worried.

Bank of England Governor Mark Carney said on June 20 that given the influence of social media giant Facebook, Libra is likely to become an important part of the global financial system and therefore needs to be reviewed by regulators and central banks.

French economic minister Maire said he would "guarantee" the social media giant, such as "guarantee that such trading instruments cannot be diverted to finance terrorism or any other illegal activity."

After that, will the national central bank's digital currency unite to build a new global financial system, which is enough to fight the Libra supported by the Fed?

This article is [inter-chain pulse] original, the original link:, please indicate the source!

OKEx will go offline at 18 o'clock on November 4, ADA/OKB and other 18 TOKEN trading pairs