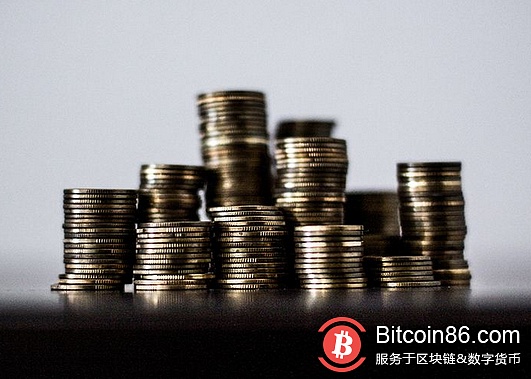 The founder of the wave field (BitTorrent CEO) Sun Yuchen forwarded Wang Xiaochuan Weibo on the evening of the 4th. He called for a hundred bitcoins, and then a three-year contract to see the market value of the wave field and Sogou in June 2022. High and low. 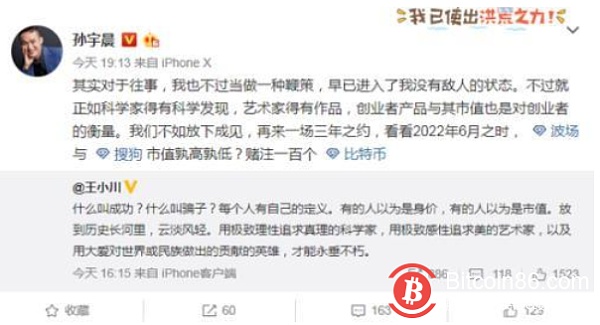 Wave field TRON is said to be the world's largest blockchain decentralized application operating system. According to CoinMarketCap.com, the wave currency is the world's 11 largest cryptocurrency market with a market capitalization of 2.32 billion US dollars, while the market value of the industry's largest bitcoin is near. $152 billion. The price of the wave currency has risen by about 100% this year.

According to wind data, Sogou's market value is currently 1.632 billion US dollars. 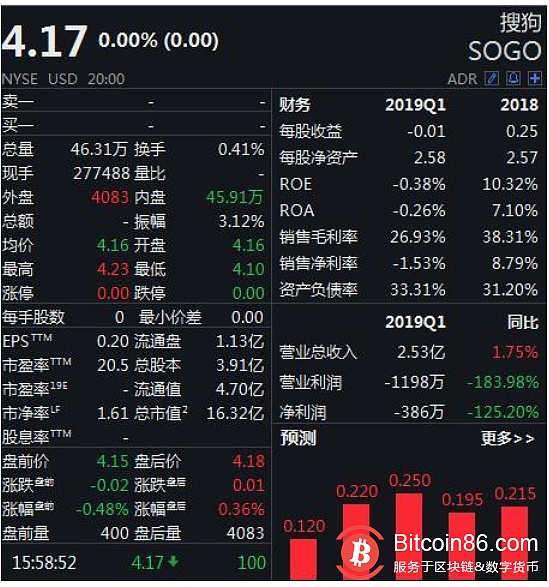 Sun Yuchen once said in a circle of friends that Sogou CEO Wang Xiaochuan said that I am a liar and will definitely fail. Today, Wang Xiaochuan sent a microblogging suspected response: What is success? What is a liar? Some people think that it is worth, and some people think it is market value. Put it in the long river of history, the clouds are light and windy.

On February 3, 2019, Sun Yuchen said in a circle of friends that when he recorded a program with Sogou CEO Wang Xiaochuan in November 2014, he was called a liar by the other party and asserted that he would definitely fail. "I will never forget the look of his film." "He said it was a shame to record with me." 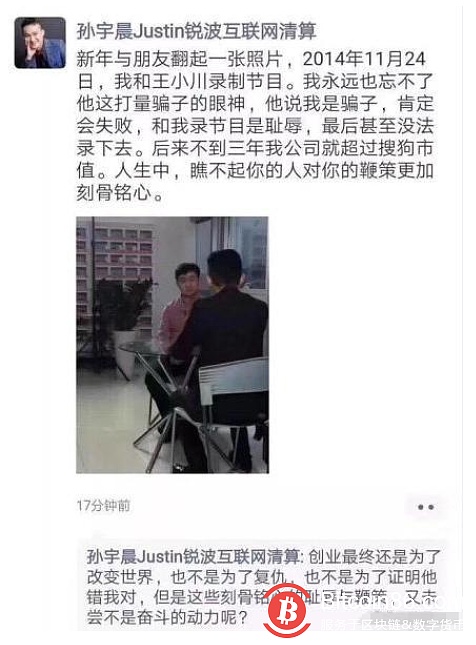 Sun Yuchen mentioned that in less than three years, his company surpassed Sogou's market value. "In life, people who look down on you are more spurred by yours." He added that entrepreneurship is ultimately to change the world, not for revenge. It is not to prove that he is wrong with me, but these unforgettable shame and spurs are not the driving force of struggle?

On June 3, after Sun Yuchen took the Buffett lunch, he returned to the public again. The remarks about "Sun Yuchen is a liar and a cut leek" are also very rampant.

In this regard, Wang Xiaochuan issued a microblogging suspected response to Sun Yuchen: What is success? What is a liar? Everyone has their own definition. Some people think that it is worth, and some people think it is market value. Put it in the long river of history, the clouds are light and windy. Scientists who pursue the truth with extreme rationality, heroes who pursue beauty with extreme sensibility, and heroes who make great contributions to the world or nation with great love can last forever.

Blockchain, a Samsung-backed blockchain company, completed a $7.5 million B+ round of financing

KPMG China and Asia Pacific Chairman: Technology represented by blockchain has been widely used in business and finance.