Shock, shake, reshape. Deep mine, historical symbols, the first year. When the hurricane comes, the wind is the place with the least wind; when the fire is burning, the inner flame is the lowest temperature.

How does China defeat Libra?

Since the release of the Libra white paper on June 18th, scholars, experts, and the media have used their words to predict the enormous social impact they will bring.

There is a lot of analysis here. I won't go into details. This article focuses on one issue, that is, many people are asking "Facebook is issued, how should China deal with it? " to disassemble.

First, let's take a look at some of the more widely accepted analyses.

These three points seem very reasonable, but a little deeper disassembly will reveal that they hide two meanings:

It is not difficult to find that the first layer is the cornerstone of the second layer, because it is to be defeated in order to satisfy the selfishness.

So, let's look at the first layer directly. Is Libra really satisfying the selfishness?

From Libra's white paper, we should find that it has always pointed and proven to be "two open":

Careful readers may find that, written here, I have never used a description like "Facebook's Libra" or "Libra" issued by Facebook, because this statement is completely wrong and will be extremely misleading to the public.

Libra's white papers are all based on the perspective of the Libra Association and try to describe the association's own independence.

In fact, when I read the "Libra Association" part of the white paper, I was very excited because it seemed to see the way VISA was built in the 1970s.

If someone is familiar with VISA, they will find that Libra is almost the same as the organizational structure of the year. All the details of the system are in principle to ensure the openness of the members, and at the same time limit the concentration of power. In the case of the case, as far as possible to ensure the right to vote is also "equal equality."

(I attached the organizational structure of VISA to the end of the article, and everyone can compare it.)

2. The openness of reserve assets

First, the white paper clearly states that multiple governments will be selected, so the options for assets are, in principle, open.

However, the white paper does not indicate the ratio of various currencies in a basket of currencies, so many people will speculate that the main reserves are US dollars or US Treasury bonds. Although the currencies of other countries are available, they can be ignored.

This kind of speculation is mostly formed by two aspects. One is that the stability and liquidity of the current US dollar is indeed better than that of other countries, so the US dollar will definitely be chosen.

If the dollar is really good, it is understandable to do so. As long as the criteria are better chosen and can be replaced with other currencies when the quality of the dollar declines, it does not hinder the openness of the reserve assets.

At present, more than 20 institutions of the founders of the association are all American institutions. The new institutions join the institutions that have already joined to vote. The Fed has publicly stated that it does not object, so it will inevitably lead to imagination.

To really eliminate this suspicion, the core question at the moment is whether other state agencies will be treated fairly after applying for membership. If the founders of the association are sufficiently diverse from the national dimension or achieve “non-permitted”, then this is not controversial.

Why are so many people shouting to fight?

Then the question comes. Since Libra is the main body of open assets and open organization, it is naturally impossible to serve the selfishness. Why should it be defeated? Why fight Libra?

1. I can't satisfy my own selfishness and I can't control myself.

2. The non-sovereign stable currency in the Libra target cannot be achieved.

4. Libra did not follow the rules of the white paper.

5. The current members mentioned above are all US institutions, and other state agencies are not treated equally.

Let me answer for you one by one:

1. Since for the sake of selfishness, for control, why do you make blockchains? !

2. If you encounter a stupidity, the best way is not to argue with him, but to encourage him and make him a big fool. If you think that Libra can't be achieved in this direction, why should you fight? He should be encouraged to be right.

3. Can the rules be optimized? Not willing to optimize? That actually violates the rules of the white paper, see 4.

4. Debunk it! Expose it! Let everyone see his ugly face and abandon it! Excuse me, where is the evidence?

5. Debunk it! Expose it! Let everyone see his ugly face and abandon it! Excuse me, where is the evidence?

The best way to "confront" is to join

As before, where is the evidence?

Therefore, the best way to judge whether you can be treated fairly or not is to be a logical argument, but to apply directly!

Libra outlined a good belief in the white paper, but is this belief a verbal slogan or a firm implementation? No matter how much you believe in Zuckerberg's understanding, you can't be 100% practical.

Applying to Libra is the best touchstone.

First of all, the cost of testing is not high. If non-US organizations apply unsuccessfully, Zuckerberg will face up and dismantle Libra from the lowest level of consensus;

If a large number of non-US organizations apply successfully and realize the diversity of the organization members, then everyone will take the helm at Libra. The above mentioned concerns about the unreasonable allocation of various currencies in a basket of currencies, and some unreasonable rules. You can do it directly by yourself, and those problems are no longer a problem.

This is not much different from rebuilding a Libra, even saving costs, and making better use of existing consensus and network advantages.

Recalling the past events of joining the WTO and SDR, who is the biggest beneficiary? What's more, this Libra's access conditions are much simpler than the WTO and SDR.

Therefore, I believe that not only should not be banned, but also encourage, encourage Chinese companies to join the group to join Libra, so Libra Association has no reason to refuse!

China is not lagging behind in the fields of digital currency and electronic payment, whether it is the exchange of coins, OK, overseas currency security, or the Alipay, WeChat, overseas payment giants who are in the forefront of payment, or hardware. Huawei, ZTE, sweeping the voice of Africa, the bitter continent of the mining machine, Jia Nan Zhi Zhi, as well as the leading companies in the sea business such as byte beating, cheetah, etc., encourage everyone to join!

The conflict and killing of Islamic civilization and Christian civilization lasted for thousands of years, but the recent European exclamation of "Muslim occupation of Europe" is not a fierce jihad, but immigration in various ways, and then desperately to have children…

So, join Libra, the sooner the better, the more the better!

Many people intuitively see it and want to compete. This still has no logical framework for jumping out of traditional thinking and does not understand the spirit of cryptocurrency.

In the last article, I called on the Internet circle and the blockchain to break the high wall and build a bridge of dialogue;

The action of Facebook, the resulting education for all makes this issue no longer a problem.

But this article I want to end with this sentence, no longer the Internet and blockchain, but a high wall that breaks the traditional thinking and blockchain thinking, is a high wall of closed and open values, is self With the high walls of the world.

Libra is a bridge that connects the times.

The ownership of the assets of an organization such as a trademark is owned by the members;

Members can enter and exit at will;

The directors are elected by voting. The number of votes is determined according to the total amount of transactions in previous years, and is 1 ticket for every US$1,000;

A bank can only have one director;

Each director has only one vote;

Each district can elect a director, and only the headquarters in the district is eligible to participate in the vote;

The directors are re-elected each year and the candidates are selected by the nomination team by the board of directors;

Can also be nominated by members, more than two members can also join the list of candidates;

Can modify a number of rules and regulations;

Key terms require 80% of directors and 80% of members to agree;

The chairman of the board is elected by the board of directors;

The chairman presides over all board meetings to ensure fair and equitable representations, and does not follow the principles and laws of the organization, but must not prohibit others from speaking;

The board of directors appoints the president, and the president will be the CEO and director, but not the chairman of the board;

The president prepares the agenda of the board of directors, and each director has the right to propose any bill to be included in the agenda;

The president is responsible for daily operations and execution;

Each member pays 0.25% of the sales for the service fee;

If there are dividends or other income distributions, they will be paid in proportion to the service fees paid by their respective banks. 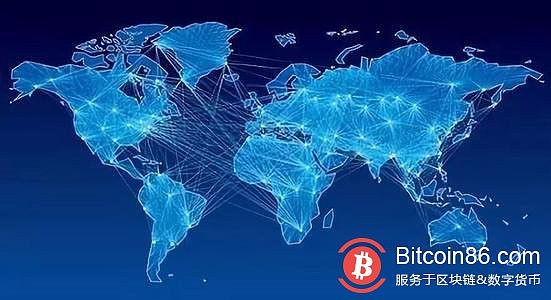 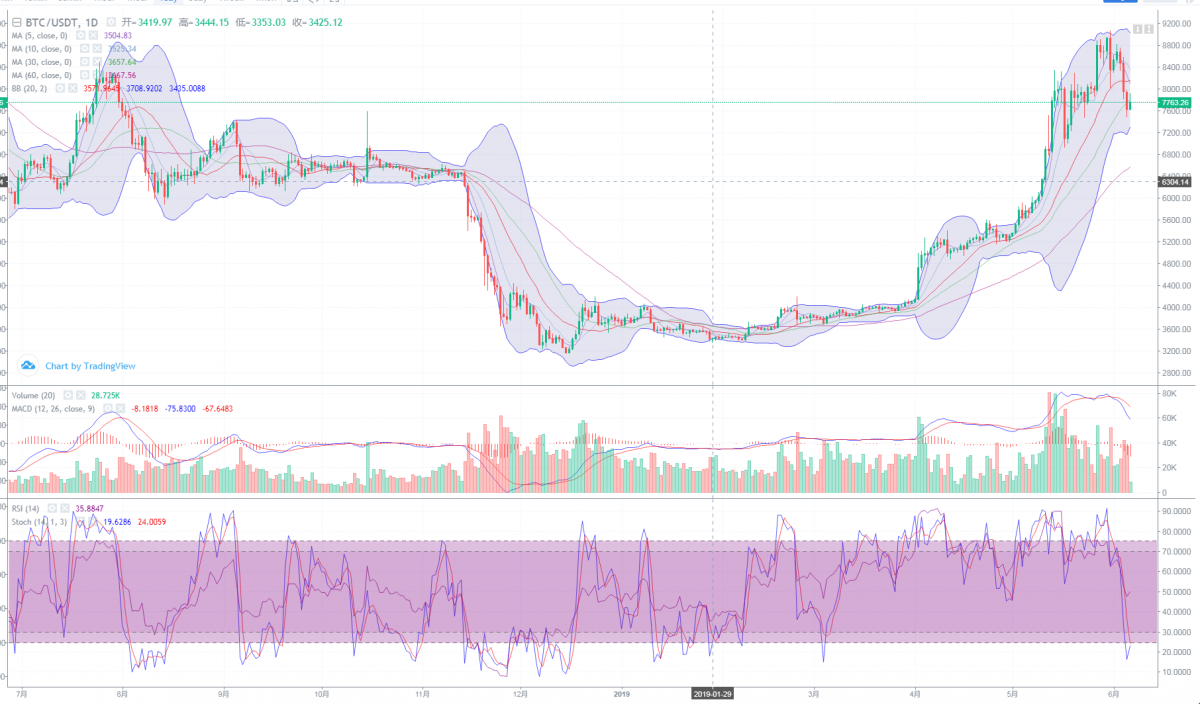