Facebook wants to send coins, the name of the coin is Libra. Recently, at home and abroad, outside the circle, all media of all sizes have focused on this big event.

On June 18th, the Internet giant Facebook, with 2.7 billion users worldwide, officially announced the establishment of a simple global currency, Libra, and a coalition chain aimed at becoming a financial infrastructure to provide financial services to billions of people. Those who are optimistic about Libra believe that this will achieve the original vision of cryptocurrencies mentioned in the Bitcoin white paper. Those who are not optimistic about Libra believe that the data on the chain will be used for Facebook's business purposes, and user privacy is still not guaranteed .

PAData analyzes the market data before and after the publication of the white paper, trying to observe that in the short term, the market's digestive performance of this news, Libra's positive impact is industry-oriented? Libra has a dual concept of “payment + stability”. Will its entry impact on existing payment concept coins and stable coins be exclusive? 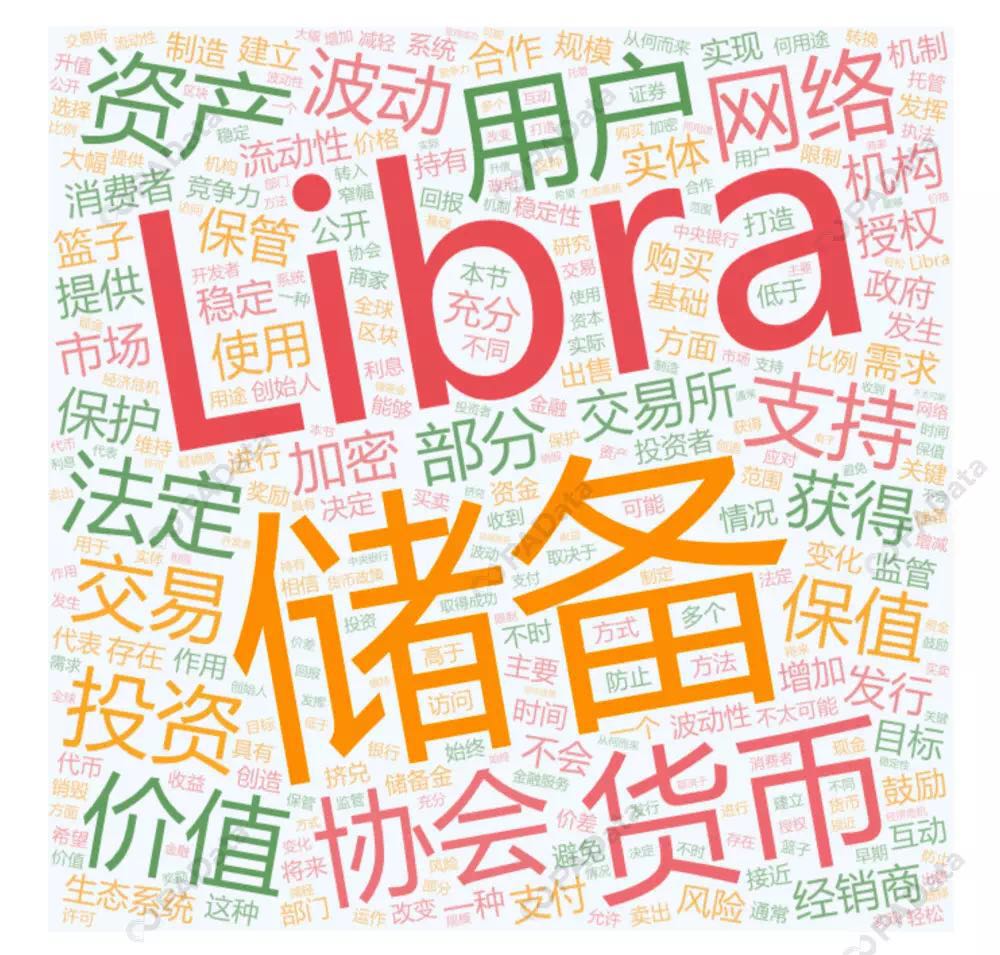 Before Facebook officially released the white paper, the media began to spoil the content of the Facebook blockchain project, or sort out its development process. From the news point of view, this is undoubtedly the biggest benefit this week. Previously, media analysis believed that Facebook's cryptocurrency would be the mainstay of payments, targeting C-side consumers. In fact, as early as 10 years ago, Facebook issued Facebook Credits points, which can be used to buy and sell virtual goods in the game. From the perspective of payment, does the good news of Facebook's currency issue also affect the existing payment concept currency? 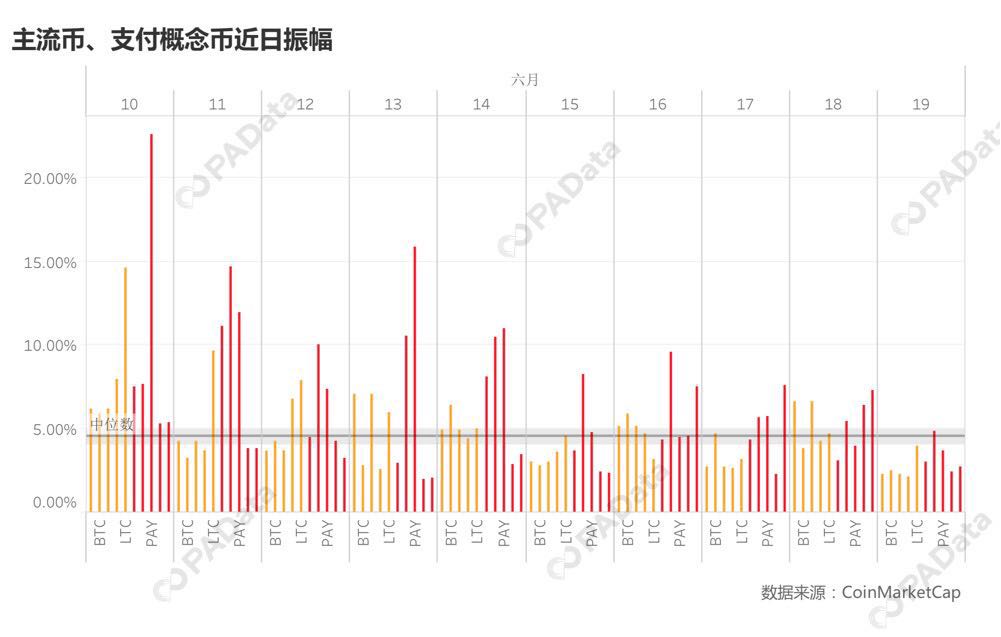 To a certain extent, this means that the positive news that Facebook publishes cryptocurrencies has a slightly greater impact on mainstream currencies than on payment concept coins . In view of the fact that the current cryptocurrency market is still a market highlighted by the “Matthew effect”, the stronger positive impact on mainstream currencies can also be seen to a certain extent that Facebook currency is beneficial to the entire cryptocurrency market, driving the overall currency price. Upstream.

However, the current market is in the Mavericks market, it is difficult to attribute the general increase of the week before June 18 to the single good news that Facebook wants to issue coins.

A veteran cryptocurrency investor told PAData, "Although this wave of recent market is not entirely because of Facebook, but the BTC broke through the 8,000-dollar mark here (the red circle in the picture below), it must be related to Facebook, this is good to force the downturn ( The yellow arrow indicates) the sideways adjustment (indicated by the red box) turns into a rising wave."

Although the good news of Facebook's currency has been digested in the secondary market with the official announcement of the Libra white paper, it is foreseeable that the entry of social giants with 2.7 billion global users will have a profound impact on the development of the entire industry.

From the white paper, Libra's actual assets will be "a series of low-volatility assets, including cash and government currency securities provided by a stable and reputable central bank", essentially a stable currency anchoring a basket of legal currency.

Throughout the current cryptocurrency market, USDT is undoubtedly the "leading boss" in the stable currency market, with a market share of about 80%, and is stable at this level for a long time. Other emerging stable currencies such as USDC, TUSD, PAX, GUSD, DGX, EURS, nUSD, DAI, etc. are also eyeing. But Libra is a big difference from the current mainstream stable currency. Libra anchors a basket of French coins. “So Libra's value fluctuates from any particular currency perspective,” says Libra. You cannot always exchange a certain currency at a fixed exchange rate. Although Libra also allows “ authorized dealers to integrate into exchanges and other institutions that buy and sell cryptocurrencies to users, helping users to convert between cash and Libra ”, as a trading medium, it is clear that Libra, which is floating in exchange rates, is not as good as the current exchange. The stable coins in it, and this is not the goal of Libra.

This is actually different from the currency in which the main cryptocurrency is paid and settled. For example, the two currencies with the largest market value in the payment concept, XRP and XLM, are currently focused on the B-end market .

Emi, Ripple's global operations director and head of Asia Pacific, publicly stated at the Money20/20 conference in November 2018, "Ripple is the first company to focus on blockchain enterprise applications, but XRP is an optimization layer for cross-border payments. The core layer is still settled in French currency.” Stellar (XLM), which has partnered with IBM, established World Wire. As of March this year, banks and financial institutions in 72 countries have joined the network, supporting 48 types of legal currency.

Earlier this year, JP Morgan, which announced the release of the US dollar stable coin JPM Coin, is mainly targeted at JP Morgan's high-net-worth clients, which are basically out of the ordinary.

Therefore, according to Libra's positioning, there is no homogeneous competitor in the current cryptocurrency market . As a stable currency, USDTs have no offline actual use cases, but Libra is backed by Facebook Massager, Instgram, WhapsApp, eBay, Uber, and offline use is just around the corner.

According to Wang Yongli, the former vice president of the Bank of China, cryptocurrency as a business circle cannot replace and subvert the currency, and its value depends mainly on the value of the business circle. How much energy Libra will ultimately play depends largely on the products of the members of the association. As Bloomberg News says, if most of the things that consumers buy online are priced with Libra, then they tend to use Libra.

On the other hand, stable coins and payment coins that may face Libra's strong competition are also seeking new breakthroughs .

Ryan Asia Pacific head Ryan told PANews: "TUSD is also exploring new use cases such as remittances. I think TUSD and other stable currencies need to really open up one or two vertical market segments (as an offline application case)." OmiseGO Relevant people said: "Libra's release will definitely have some impact, but I think we are all facing similar problems at the moment. At the same time we are also exploring different scenarios in the support field ."

Therefore, this is a battle between the scene and the user.

Nie Meisheng, Founding President of the All-China Real Estate Chamber of Commerce: Building a digital community based on digital currency and blockchain

The latest IEO project in the currency, Perlin, rose only 1.7 times in the first hour, a record low.

Joseph Young: There is not a lot of new capital flowing into the encryption market. It is only the return of existing funds.