On June 21, the Institute of Carbon Security released the 2019 Q2 Institutional Market Research Report, which mainly included the following: 1. In the first survey, the Institute of Currency Research analyzed the largest VIPs and institutions using the services provided by its ecosystem. Types and opinions of customers; 2. Long-term investment is one of the most popular investment strategies for large institutional clients. Despite this, the lending platform has not been widely used, and the unmanaged decentralized platform has hardly been developed. On the other hand, DEX has been tested by most participants, but it has not been widely used due to its low liquidity (below CEX) and steep learning curve. 3. Almost all market participants use stable coins. Among them, USDT is “preferred”, but many investors have been exploring other products, especially USDC and PAX, due to the previous Tether incident. 4. From the perspective of large market participants, Bitcoin is expected to be until the end of 2019. Will remain dominant, its market value is expected to account for 40% to 60% of the industry's total market value; 5. Local and global regulation seems to be a key indicator for investors, as it is listed as the largest future in the cryptocurrency and digital asset industries Risk and key growth drivers. In addition, new product offerings (such as brokerage services and the creation of new derivatives markets) are expected to be key drivers of future growth in the industry; 6. Finally, the cryptographic asset plans launched by companies such as Facebook, Samsung or JPMorgan Chase are not It is seen as the growth driver for the future of the industry. 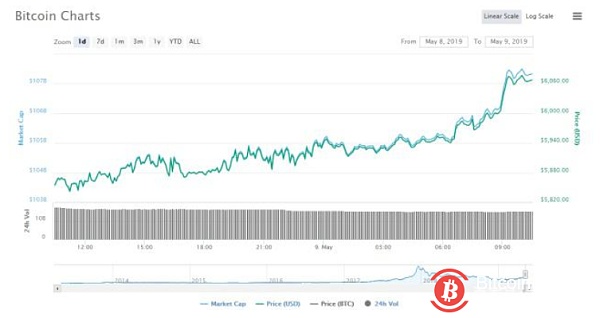 SheKnows Live | James CTO, the original chain: The public chain is far from being implemented

Hunan Province is making efforts to create a strong province, and will strive to cultivate new growth points in areas such as blockchain