The so-called "experts" on Wall Street are habitual creatures. Their behavior patterns are as predictable as tides.

When a market soars into a bubble zone, they will emerge from every corner and cheer for the “strong fundamental forces” that drive price increases.

When the bubbles inevitably rupture, they rush to predict the demise of the bubble. Moreover, when a new bull market is being formed, they will immediately release the final ceremony.

Few "experts" will tell you that both market and market analysts are affected by cyclical patterns.

After experiencing a huge bull market, Bitcoin ended up with a crazy parabolic speculative climax, which we call "the climax." When the speculators retreat in panic, the currency market collapsed.

And it will last for a few months, forming a sideways trend or further decline, only the persistent believers can survive, and then it will start a new bull market, repeat this cycle, and end up with a launch orgasm.

Looking back at the four bull markets that Bitcoin has experienced since its launch, it's not easy to go from 6 cents to $10,000. It's not a straight line. But this is the key to the problem: it happens in a cyclical pattern that is ultimately predictable. There are many experiences and lessons worth learning from!

Bitcoin began this cycle with a strong but non-parabolic rise, rising from 6 cents to 80 cents in April 2011. Prior to this, the rise of Bitcoin was mainly driven by Bitcoin users and long-term investors who understood the technology and shared a vision with the founders.

Then, suddenly, ordinary investors began to swarm in. But this market is still small, and its liquidity is extremely low, unable to accommodate a large number of people.

As a result, the price of Bitcoin soared, and Bitcoin was soaring from 80 cents to a high of $36.

Followed by bitcoin plunged 93%. Just like today, the opponents have appeared again – talk about "a failed experiment" and talk about "the demise of bitcoin."

Like the previous bull market cycle, Bitcoin soared from a low of $2 to about $10, a five-fold increase.

This enthusiasm will come back in early January. The king of passwords broke through $13 and began to accelerate again. In April 2013, a bubble high of $260 broke out.

Total growth from bottom to peak: about 13,000%. But again, the vast majority of this crazy rise has been squeezed into just two months, from February 2013 to April 2013.

This madness brought even greater anger to investors. In less than a week, Bitcoin prices fell back to $50 on April 15 and instantly plunged 80%.

Irrational prosperity not only affected ordinary investors, but also affected the media that praised encryption technology… Until the next bubble burst, Bitcoin ushered in the longest bull market at that time.

The bear market is so long and so profound, bitcoin evangelist Andreas Antonopoulos said he is worried about the future of encryption technology.

Even at the bottom, investors who bought at the beginning of the cycle have doubled their original investment.

In addition, this is the beginning of the biggest bull market in the history of Bitcoin…

It will take several years for Bitcoin to recover from the big bear market in 2014.

However, as in the previous three cycles, the public did not begin to devote themselves until the last two months of the bull market. Prices are skyrocketing. By December, Bitcoin soared to a high of nearly $20,000.

Many analysts who are unfamiliar with the previous bull market cycle believe that this seems to be a "new phenomenon." But as you can clearly see, it is by no means.

This is a feeling of deja vu.

The data shows that the weekly activity of the BTC chain hit a new low of 2 months. 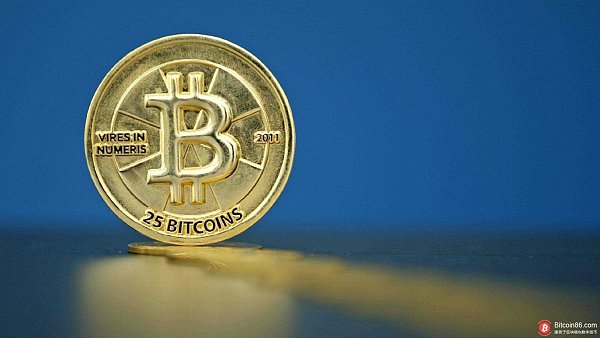