The mainstream currency represented by Bitcoin has been rising for more than half a year, but we have not seen the buzz in the circle. The small currency still maintains a sideways volatility, and has not followed the mainstream currencies such as Bitcoin. As we rise, we can’t help but ask, is this a real bull market? Shouldn’t the real bull market be a chicken or a dog?

This round of rises has nothing to do with the vast majority of investors, because the currency in hand is not moved at all, let alone the solution, the rising profit effect is concentrated in only a few targets, no Forming a diffusion effect, there will be no new investors to join, the USDT's additional issuance has formed partial inflation on the currency circle, the funds are warming up, and they are not willing to do more small currencies. The current project side is almost completely stagnate. The state is not conducive to the establishment of the blockchain ecology, so I personally think this is not a bull market.

At 5 o'clock this morning, BTC tried to pull up the $11,700 mark again, but it was too big to sell and failed to stand firm at the $11,000 mark. After leaving a long shadow line, it fell back within two hours. Mainly, from the 1-hour level of the macd indicator, the macd indicator did not hit a new high in the process of raising the target high, and with three hours of decline, there are three crows standing on the K line. Combine the graphics and pay attention to the support strength of the uptrend line below. If it falls below this level, it may further explore the integer mark of 10,000 USD. From the daily level, the target has been running along the boll line, which may be Will be slightly shocked, waiting for the 5 antenna to move up, not the hand 5 antenna, it may further attack the pressure level of 11700 US dollars. 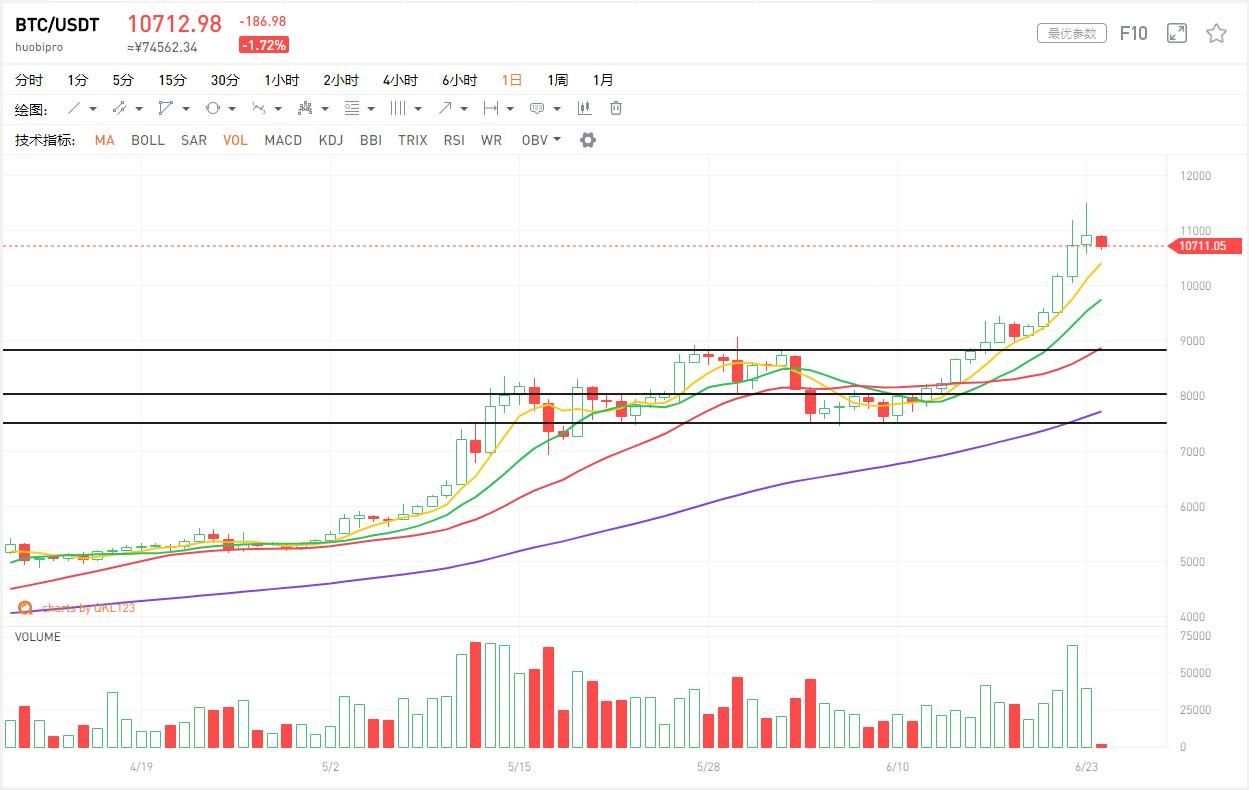 ETH failed to paint the pressure of her mother's 315 US dollars. At present, the daily-level macd indicator is still in a diverging state. The callback expectation is relatively strong. If the target has a callback, the observation can be maintained above $300. Above the point, you may complete the divergence repair with time-for-space trend. If you break below that level, you may find support down, and once again break through $320 and move up to $360. 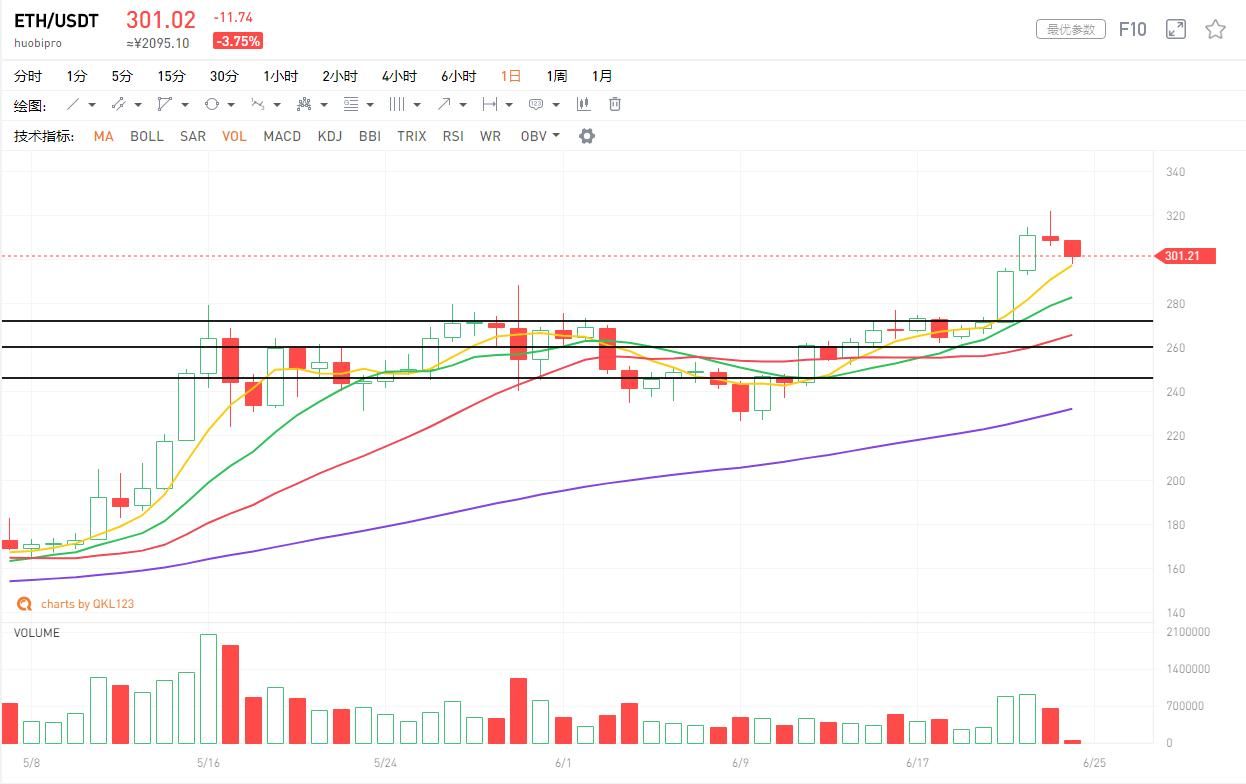 Following the market adjustment, XRP began to step back on the upper rail of the triangle to observe whether the point can be effectively supported. If it can stabilize and rebound at this point, it will be bullish to 0.56 US dollars, and once again fell below the upper rail and noticed departure. 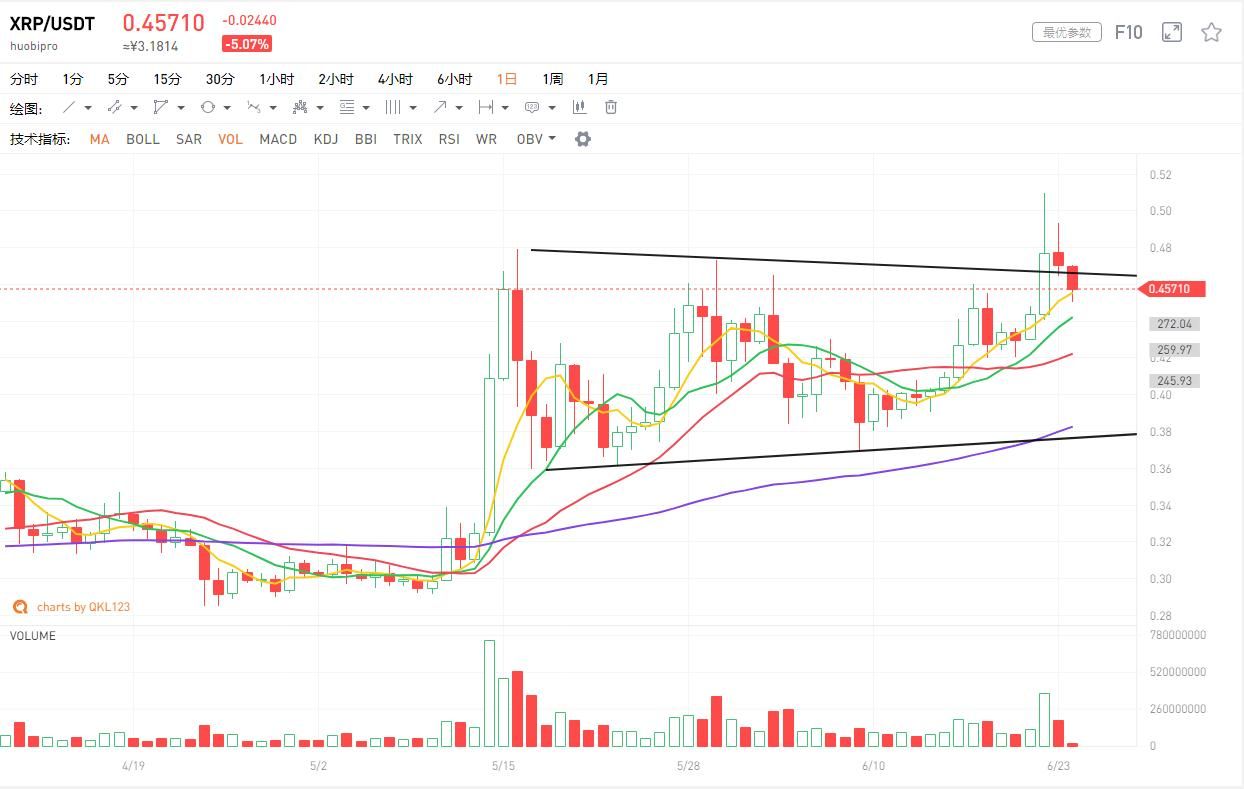 The intention of LTC adjustment has been very obvious. The performance of this target has not been strong in this round. At present, the price of the currency has returned to below 10 antennas. The macd indicator has been dead down, and the 5 and 10 antennas also have signs of a dead fork. Expected to heat up, pay attention to risk. 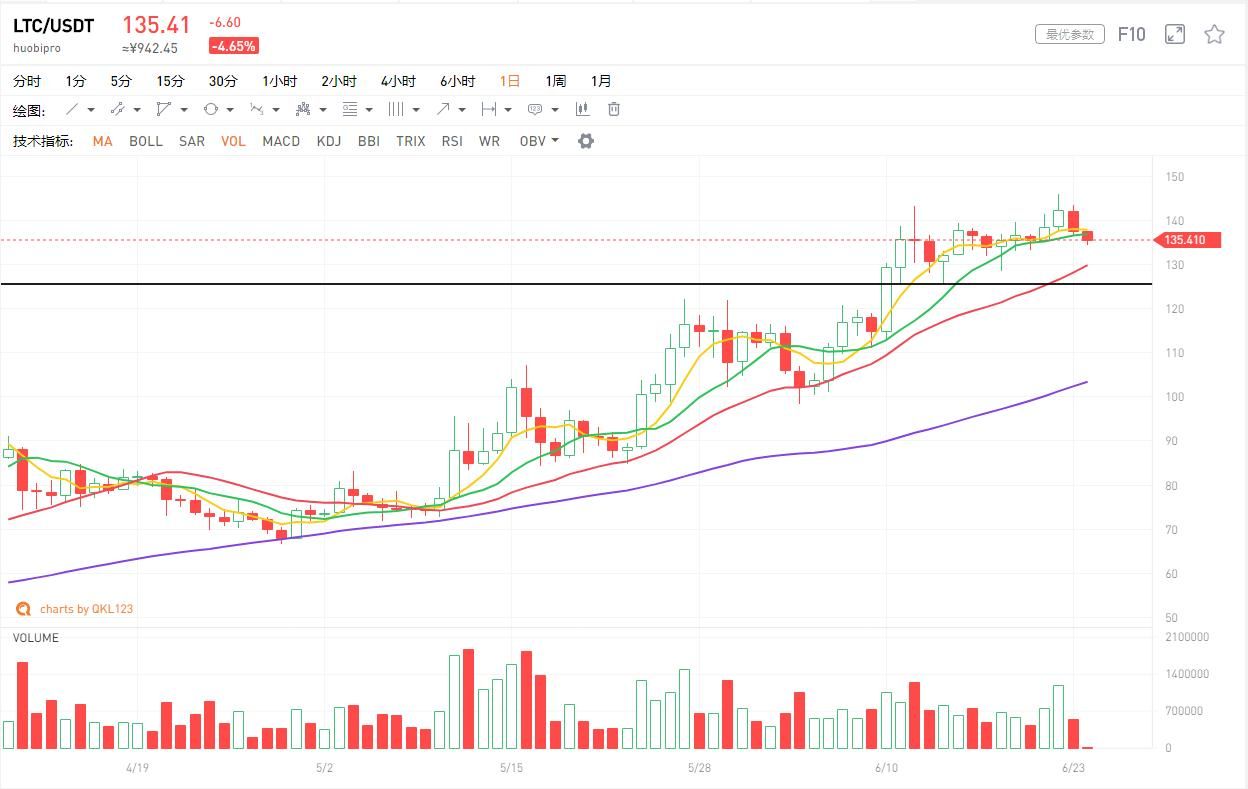 BCH's pull-up volume is slightly smaller, and now it may return to the support of 450 US dollars. The daily-level macd indicator is diverging upwards on the zero-axis. The average line is long, the trend is not bad, and it still looks too much. $450 pays attention to departure. 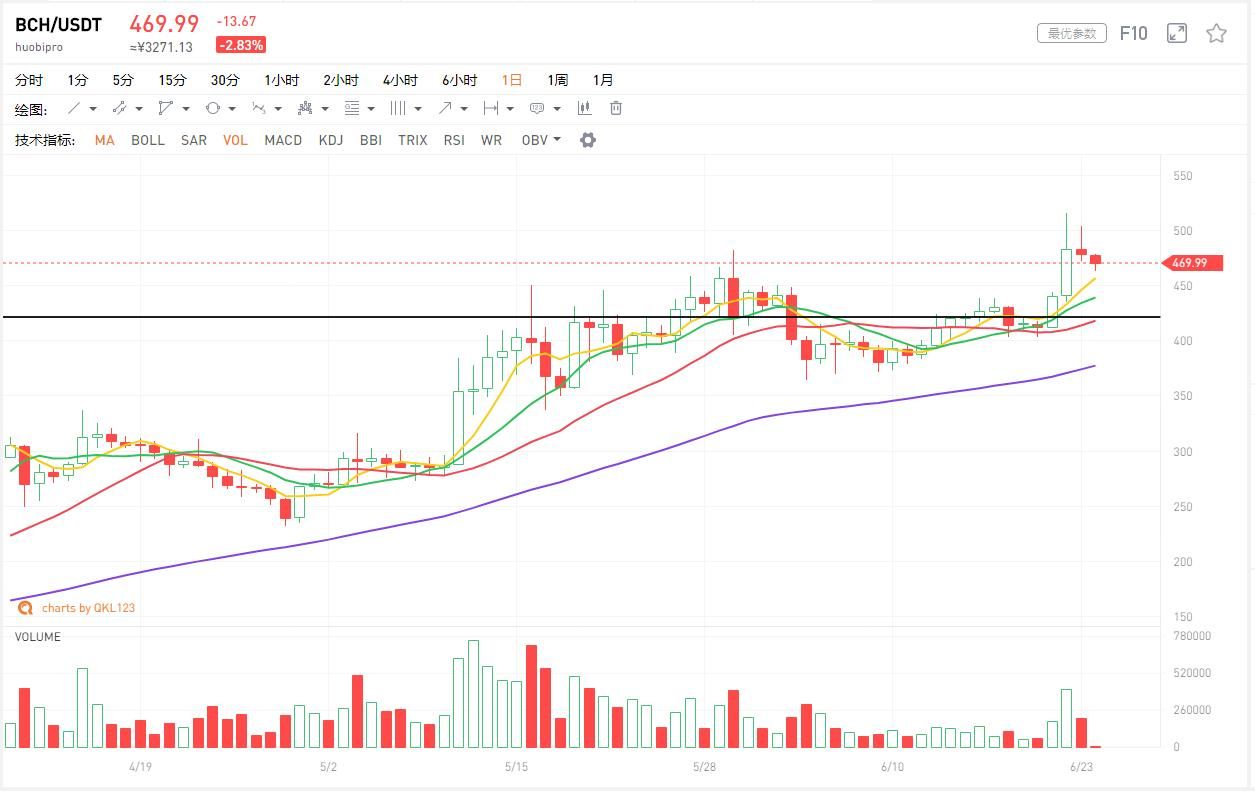 EOS failed to hit a new high, following the market's decline, and has now fallen below 5 antennas. It has been not optimistic about the target. Personally, the target may return to the important support level of $6.9. Observe this point. If the support level is stable at this point, it will further attack the pressure level of 7.6 USD. If it falls below this point, it will drop to 6.5 USD, paying attention to the risk. 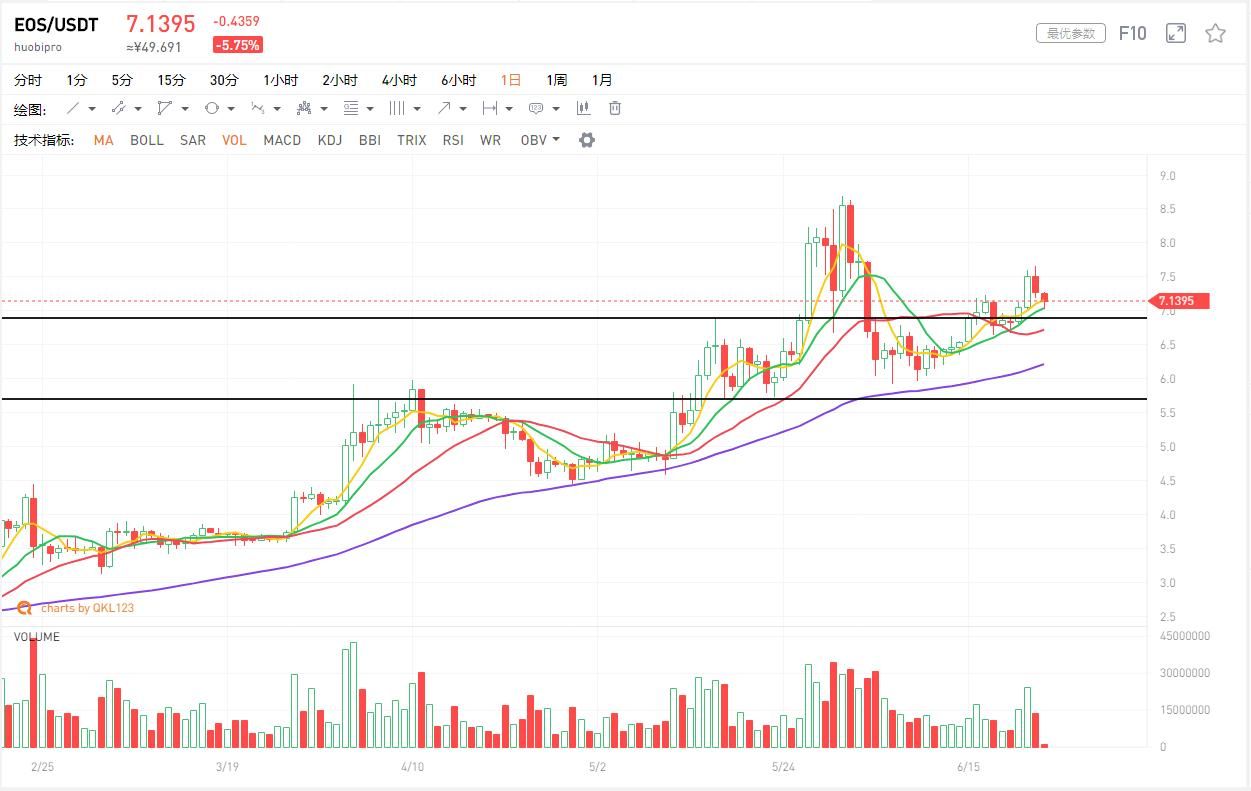 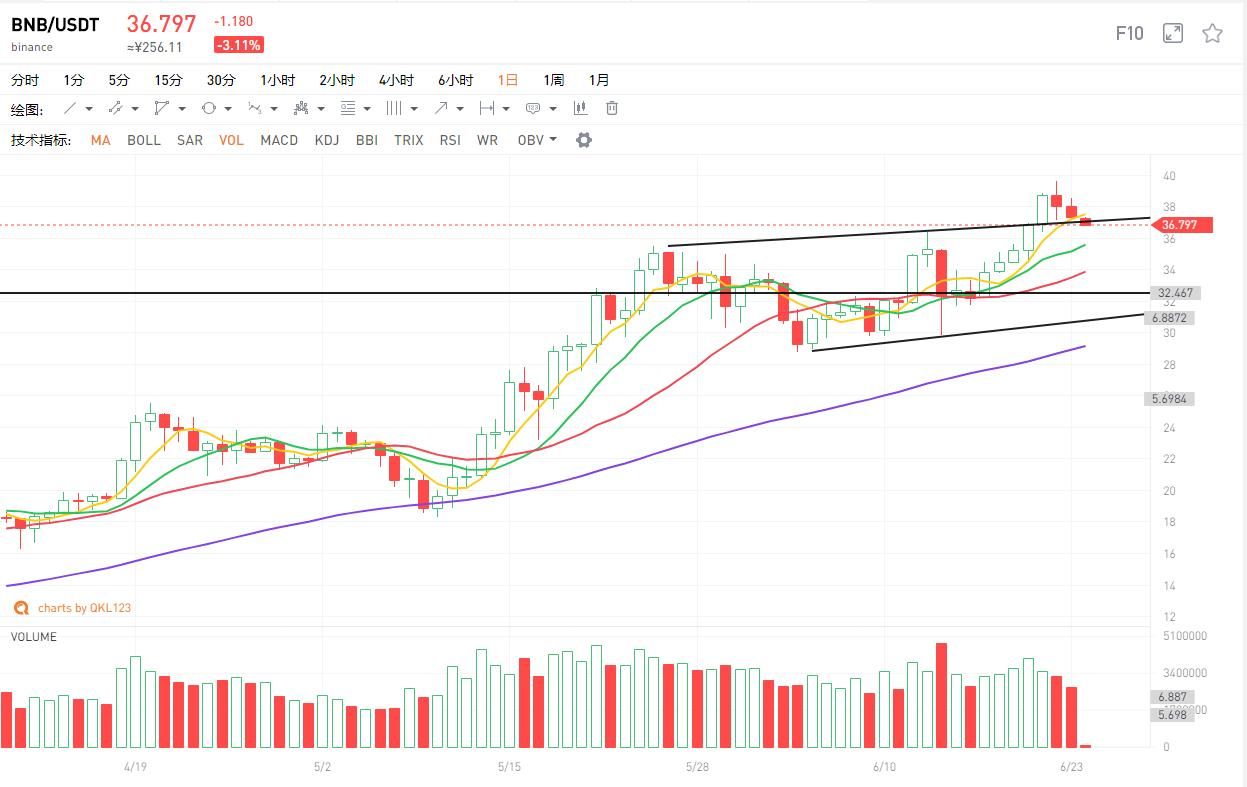 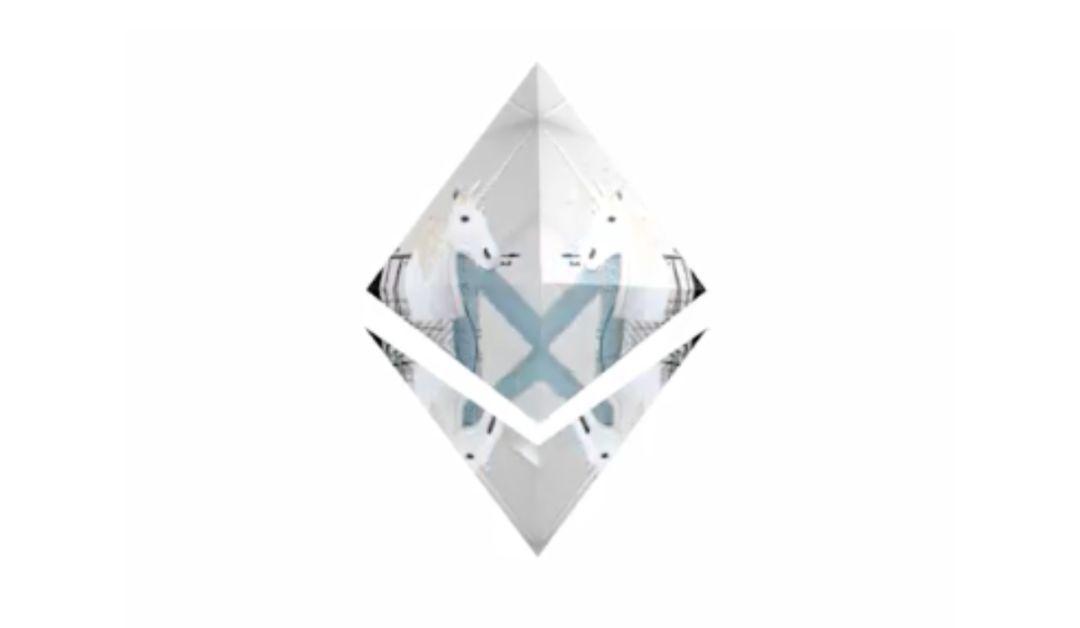 Analysis: Bitcoin's current round of decline was due to lower trading speeds