Since the beginning of 2019, all investors in the currency circle have not thought that the situation is developing so rapidly. At the beginning of the year, major forums and blockchain media are actively preparing for how to get through the chilled winter of the cryptocurrency, closing the small exchange, blockchain The media ran away, and then went to retail investors, and continued to publish in major financial media, claiming to vote for bitcoin, has been doing a long-term battle to eat pharyngeal three years.

Before dawn, quietly, Bitcoin bottomed out after hitting a record low of $3,000. Investors who have been tortured by the bear market continue to use the bear market thinking to look at the market in the first half of the year. They only think that the impact of the Litecoin halving is good, and the recovery of the Bitcoin market has not led to much hope. Significant allocation of cryptocurrency assets.

Self-helper Tianzhu, after halving expectations from Litecoin, continued to show positively, from the escalation of trade friction between China and the United States, Fidelity Asset Management entered the market, Facebook issued currency, and the escalation of tension between the United States and Iraq continued to give way. The cryptocurrency of the bear market is constantly igniting the flame, and the more it burns.

To know that when the deadline for writing, the total market value of global cryptocurrency has reached 224.5 billion RMB, and only bought the threshold of RMB 200 billion three days ago. That is to say, the total market value of the entire cryptocurrency has increased by two layers in three days. Terror can be used to describe the shock of the heart.

If Bitcoin is regarded as a listed company, its growth is amazing. Users are all over the world. In the true sense of globalization, even if the most open US stock market is advertised, not all investors in the country can participate. . Bitcoin is an exception. As long as you know the Internet, registering one exchange and buying bitcoin is more convenient than Taobao. 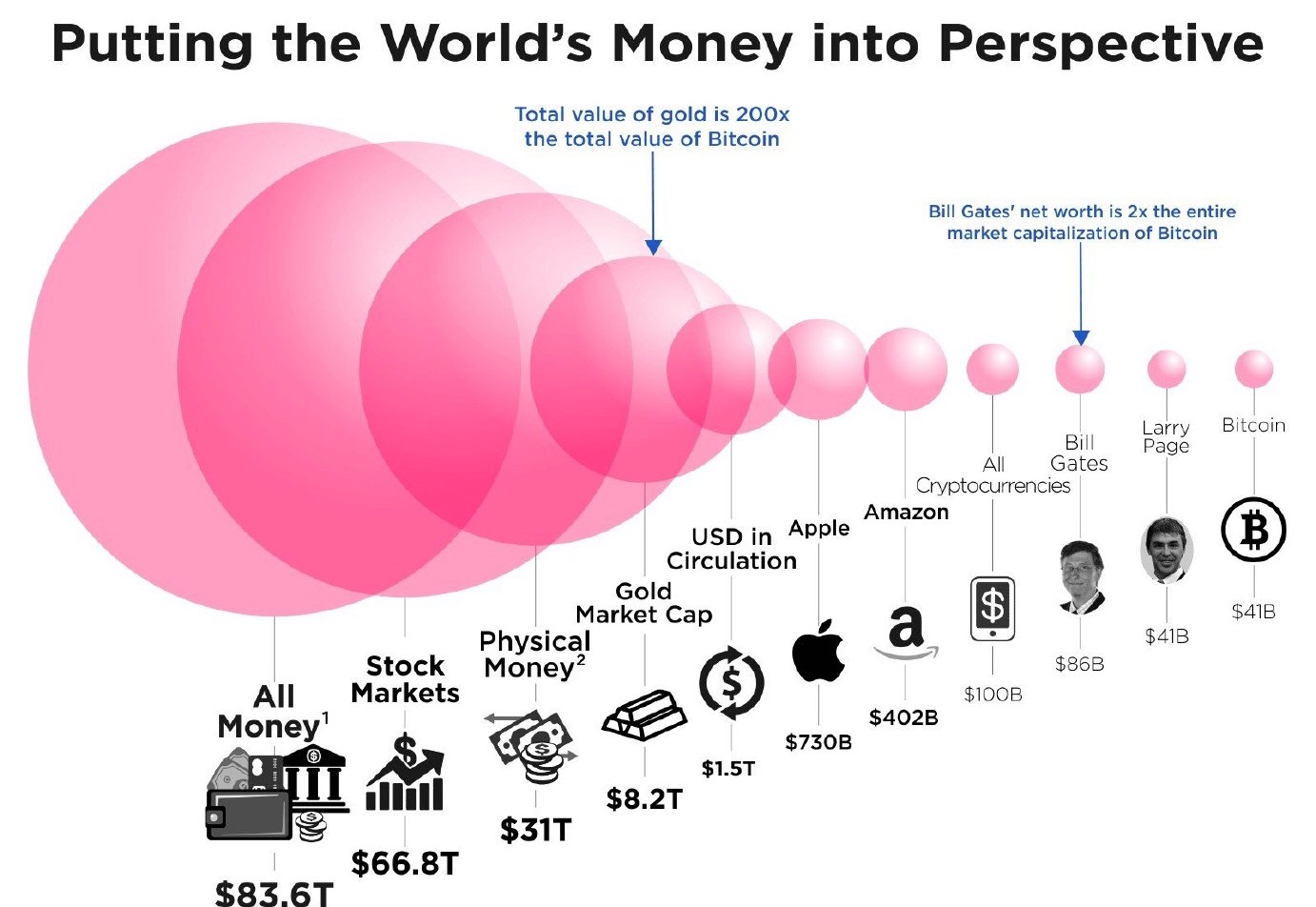 There is also a noteworthy point: although the market value of cryptocurrencies and news topics are full, there are very few people who know about cryptocurrencies. According to incomplete statistics, there are only less than 50w active investors in China, relative to the stock market. Hundreds of millions of investors are not at the same level of comparison. The financial media "Daily Economic News" made a small-scale investigation on a social networking site to look at the leopard. 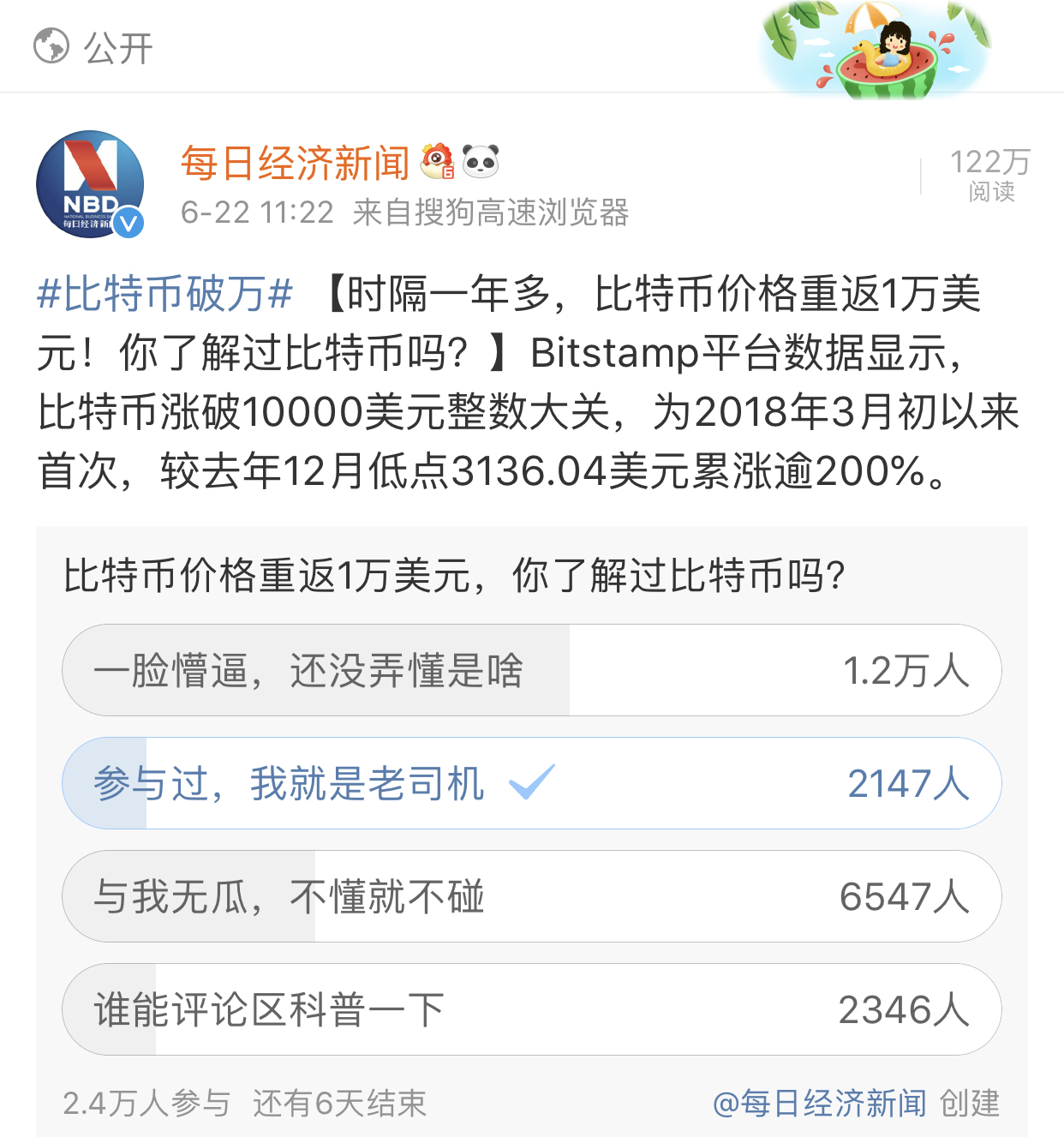 Nearly 20,000 people participated in the survey, and the number of people who know Bitcoin only accounts for 10% of the total number of people, which means that 10 people know about Bitcoin. From this, it is a bold speculation that cryptocurrency has at least five times the room for growth.

In fact, most of the investors who participate in the cryptocurrency are coming in the bull market. They don't want to know about the cryptocurrency. The only idea is to take a walk away. After a round of bulls and bears, a small number of people will settle down and become the next. The basic population of a bull market.

What makes Bitcoin stick to an emerging field that is deviant in the outside world even after the bubble bursts?

Perhaps we can find some clues from the innovative theory of the Austrian school Bombayvik's student Schumpeter.

Xiong Pitt’s words are concise: the essence of innovation is creative destruction.

Once the destructive innovation is successful, the elimination system will be automatically activated, and the previous production techniques and economic processes may be destroyed. Cars eliminate horse-drawn carriages, lighters eliminate matches, and smart phones eliminate old-fashioned mobile phones. The old industry may disappear as a whole, businesses will fail, workers will be unemployed, and loans will default.

This is the dark side of innovation that can be horrifying. So why should we advocate innovation? This is because, although specific companies and industries, once subverted, it is indeed unfortunate. But from the perspective of the entire economy, there are different heights. You think that the original economy of a stagnant water has become a dynamic system through innovation.

Like nature, the economy has an evolutionary mechanism. At the same time as the old ones are being eliminated, new ones are being born. The industry’s life and death are driving the economy to keep on updating. This kind of side creates the ruin of one side and becomes the biggest driving force for prosperity. Innovation, like the genetic variation of the market economy, creates economic competitiveness and diversity. The essence of the market economy is not greed, but innovation. 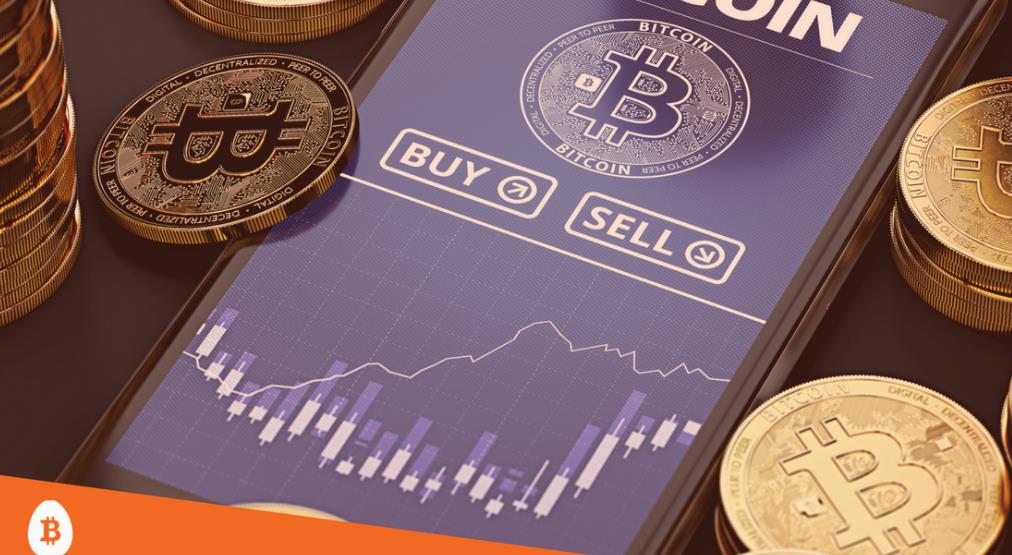 The indiscriminate use of credit money has led to endless financial crises and rising unemployment rates, threatening the wealth of every civilian. The credit monetary system has lost its innovative mechanism. Only the printing of money continues to maintain the operation of the existing system. What is swaying and losing competitiveness. Perhaps the suppression of force will not change the most original needs of human beings, and will benefit from harm.

Only a currency that is constantly adding value will create a sense of security and trust. The centralized currency has been abandoned by the most intelligent ideas.

It was in the most dangerous moment of the financial crisis that Bitcoin was born.

Bitcoin happens to be a destructive currency innovation. Fundamentally destroying the infinite expansion of the credit monetary system's self, whether technically or from monetary theory, it is completely transformed from the inside out. Otherwise, there will be countless intelligent geeks in the world who are sought after and profitable investors. If it is not a revolutionary product, the scope cannot be so wide and the impact is so great.

Wuzhen live in Zhizhi Village: China will become the world's leader in the future 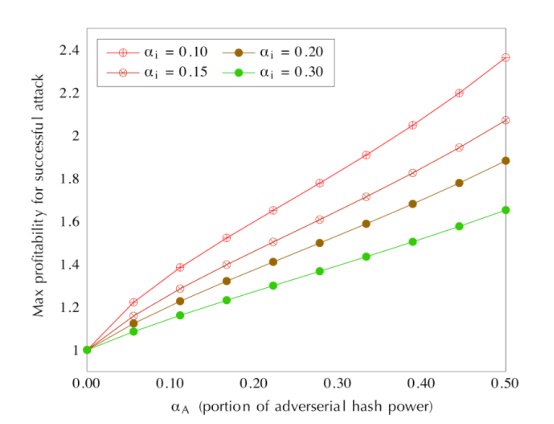