Ma Yun once said: "If the bank does not change, we will change the bank."

Now, this combination of "financial" and "technical" industries has seen many successful cases, such as:

1. Apple and Goldman Sachs launched in the United States;

3. Google is also working with HDFC and ICICI Bank, two of India's largest banks, to accelerate the expansion of its Google Pay service coverage in Asia.

In addition, in the past few years, many well-known banks have become more and more generous, investing in many financial technology startups, such as:

1. Financial technology startup Plaid completed a $250 million financing with a valuation of $2.7 billion, including Goldman Sachs and Citibank;

However, these investment cases and the entire industry need to pay attention to the financial industry Big Finance. Given its political and financial influence, large financial companies use Google Pay, Apple Pay, Apple Card, Amazon Card, etc. The products show great patience and tolerance, they even “greet each other” with respect and humility, and try to build partnerships. Why is this? The answer is simple, because the previous financial technology products did not touch the core interests of large financial companies.

Most of the revenue of banks (at least consumer finance) comes from credit card transaction fees (usually at 2-6%), international remittances, and fees charged to merchants during shopping. With the advent of Libra and the sheer size of Facebook itself, it will undoubtedly pose a threat to all banking institutions, so Facebook, PayPal, Lyft, Spotify and Uber have been doing this for so many years: not charging consumers Any transaction fees. Doing so can fully improve the product conversion rate, because by canceling the transaction fee, consumers can pay less, and then attract more users to use the product to stimulate the increase in demand. When the cost of sales is constant, the technology companies will be allowed. increasing income.

Before Facebook launched Libra cryptocurrency, Google and Apple both tried to fight against large financial companies through Google Pay and Apple Pay, but everything they did did not touch the core interests of the bank, just want to evade, Or bypass transaction costs to cut bank profits. As a result, bank-authorized credit cards are still in use and “must” be supported by the Visa and Mastercard networks. Even Ripple, one of the world's largest blockchain companies, is actually interdependent with financial institutions to speed up international remittances and efficiency without cutting transaction costs.

Facebook's launch of Libra cryptocurrency is the first time a technology company has attempted to circumvent bank transaction costs, which clearly poses a serious threat to the bank's entire business model. The picture below explains how Libra will overturn traditional payments, from which you can see that once Facebook's Libra starts working, the losses will be: card issuers, bank card networks, and banks; the benefits will be: exchanges and Facebook/Libra. 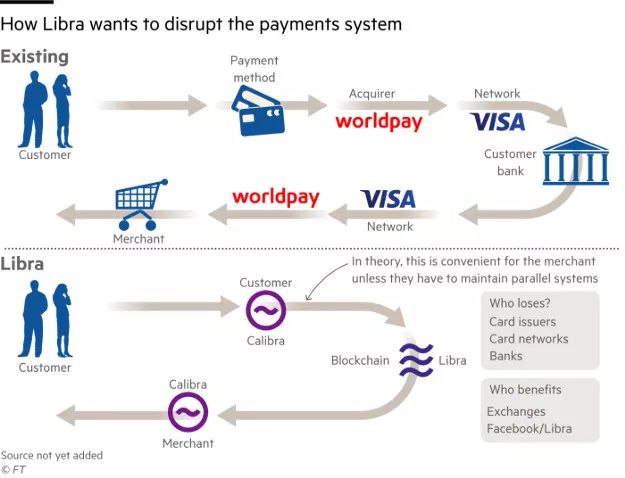 The Libra Association's original 27 founding members will need to provide $10 million to become a Libra cryptocurrency network node, but you will find that there are no banks in the 27 founding members, including Visa, MasterCard, PayPal, etc. Financial institutions are paid because Libra still needs credit card network infrastructure providers to support their transactions.

In fact, the bank has started to fight back.

ING Bank of the Netherlands had previously contacted Facebook, but they quickly decided to oppose Libra cryptocurrency; Citibank said it had never had any interaction with Facebook before the Libra white paper was released. Traditional financial giants such as Citigroup or Goldman Sachs basically believe that Facebook's Libra cryptocurrency is a crazy idea because they feel that Facebook wants to make Libra a cryptocurrency that competes with the dollar and the euro.

So how will the bank fight back? Some insiders suspect that banks may do the following:

1. First, banks will immediately spend huge sums of money to find some government lobbyists. As long as Libra tries to issue in which country, they will lobby the country's regulators to set strict regulatory rules to stop Libra;

2. The bank will also form a “combination” and reach a partnership, and establish a banking organization that competes with the Libra Foundation/Libra Association. At the same time, banks will invest in blockchains to gain more “control” over cryptocurrency and blockchain systems;

3. Banks will closely monitor the cryptocurrency trends of other consumer technology participants, such as Google, Apple and Amazon, to predict whether they will be able to launch Facebook-like products that cut transaction costs in the future.

4. Banks will benefit from their own power and influence to create “conflicts” that harm large technology companies, such as increasing the transaction fees paid through Apple Pay or Google Pay, or making it more difficult to transfer funds in global public and private markets.

There is no doubt that the transfer of power from financial giants to technology companies has taken place. Libra is just the beginning of this long bloody battle. Will large financial companies regain their "iron throne" or succumb to the power of technology giants? Let us wait and see.

R3 works with Ripe.io to create a blockchain on Microsoft Azure to trace food 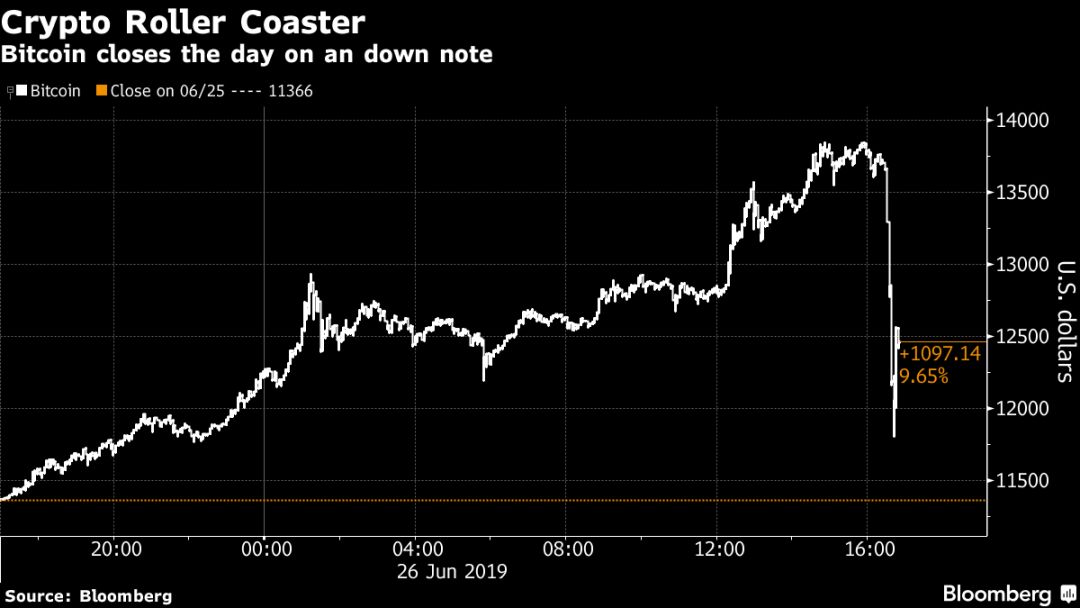 Chen Yuan, vice chairman of the 12th National Committee of the Chinese People's Political Consultative Conference: Blockchain has potential to play a role in industrial transformation such as supply chain finance