We have always stressed that the BTC has not experienced the macro factors of falling in the near future. If there is an adjustment, it is only a technical level of correction, once to digest the top selling and profit taking. Today, BTC once again broke through the 11,000 US dollar mark. The moving average system is long, and it is strong to observe whether the target can break the pressure of 11150 USD. Breaking through this point will re-test the pressure of 11489 US dollars. The current 4-hour level of macd is out. In the state where the dead fork diverges downward, note that there is an uptrend line below, and a break below the uptrend line can reduce the position. 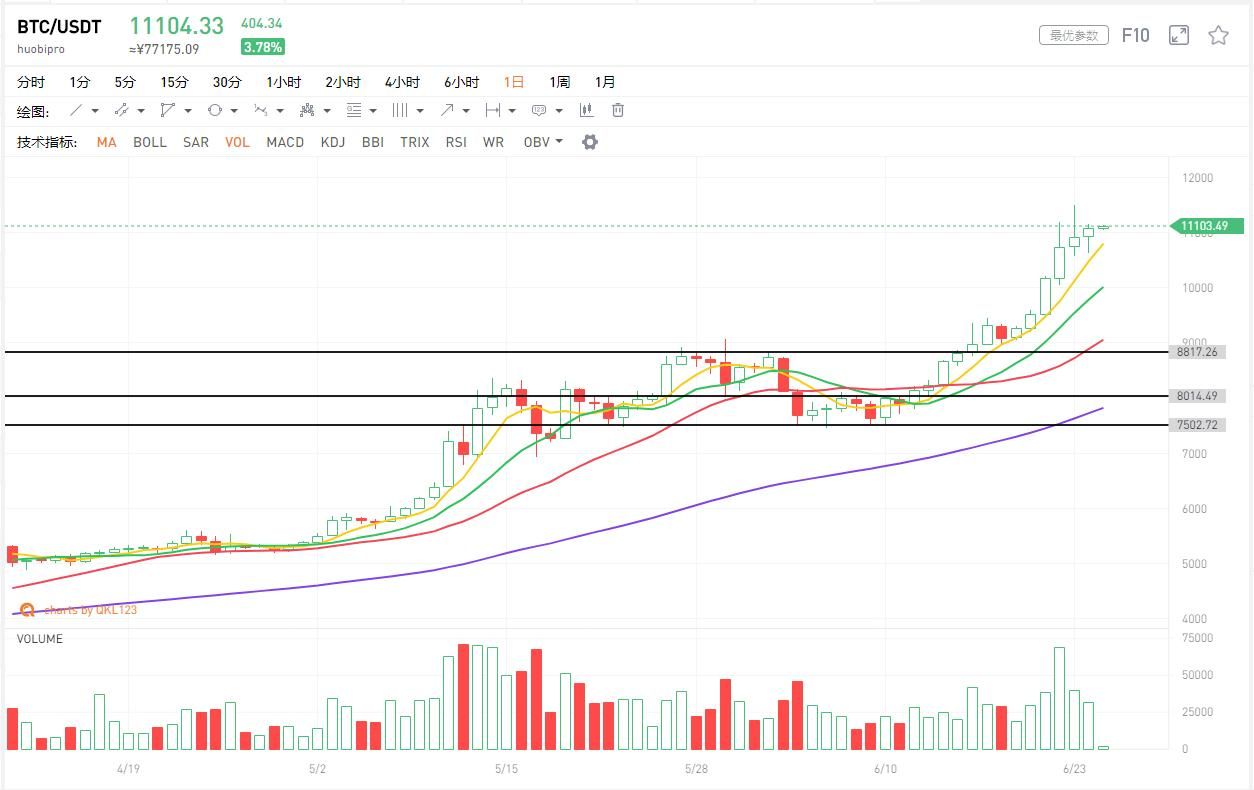 ETH According to AMBCrypto, about 230,000 ETHs on Coinbase were sold off at 23:54 (UTC time) on June 22. ETH still failed to break the pressure of 315 US dollars. At present, the daily-level macd indicator is still in a diverging state. The callback is expected to be strong. Observe whether it can be above $300. If it can successfully stay above this point, it may Take the time to change the space to complete the deviation from the repair, below this point, may look down the support, once again break through $ 320 to increase to 360 dollars. 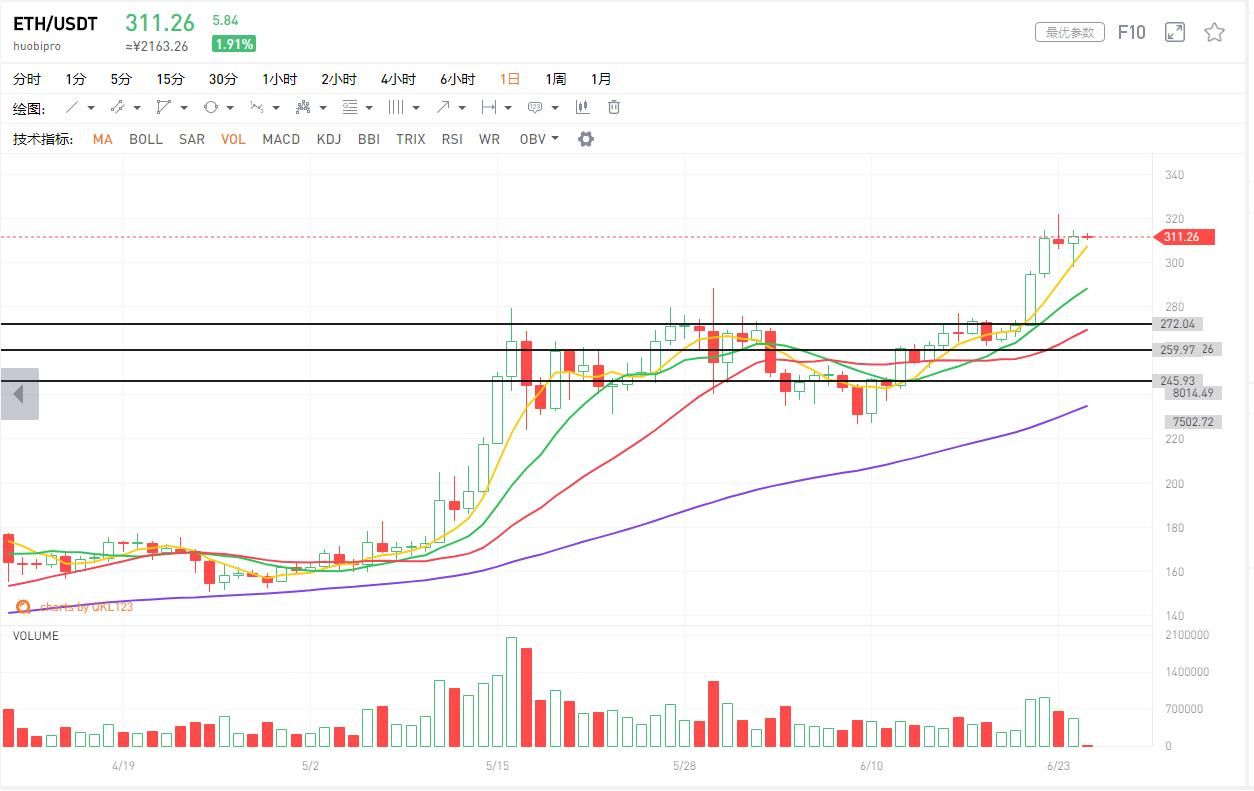 XRP yesterday's back step is still relatively deep, but we saw that it was pulled back when it closed, and returned to the top of the 5 antennas. We think that the back of the standard is basically over, and then it may oscillate upwards and fall again. The track pays attention to the departure. 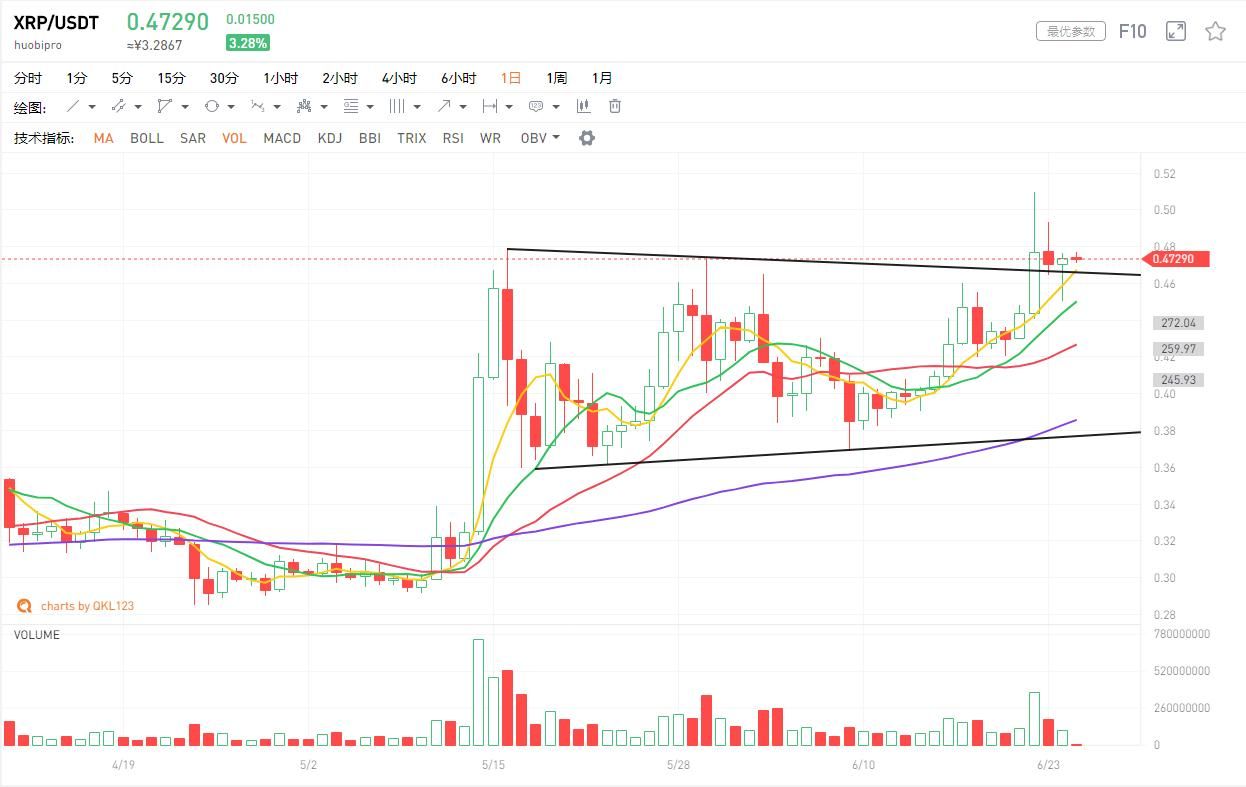 LTC is weak, unable to stand back to 10 antennas. The performance of this round has not been strong. The macd indicator has been deadly downward. If it is not pulled up, the 5 antennas and 10 antennas also have signs of a dead fork. The adjustment is expected to heat up and pay attention to risks. 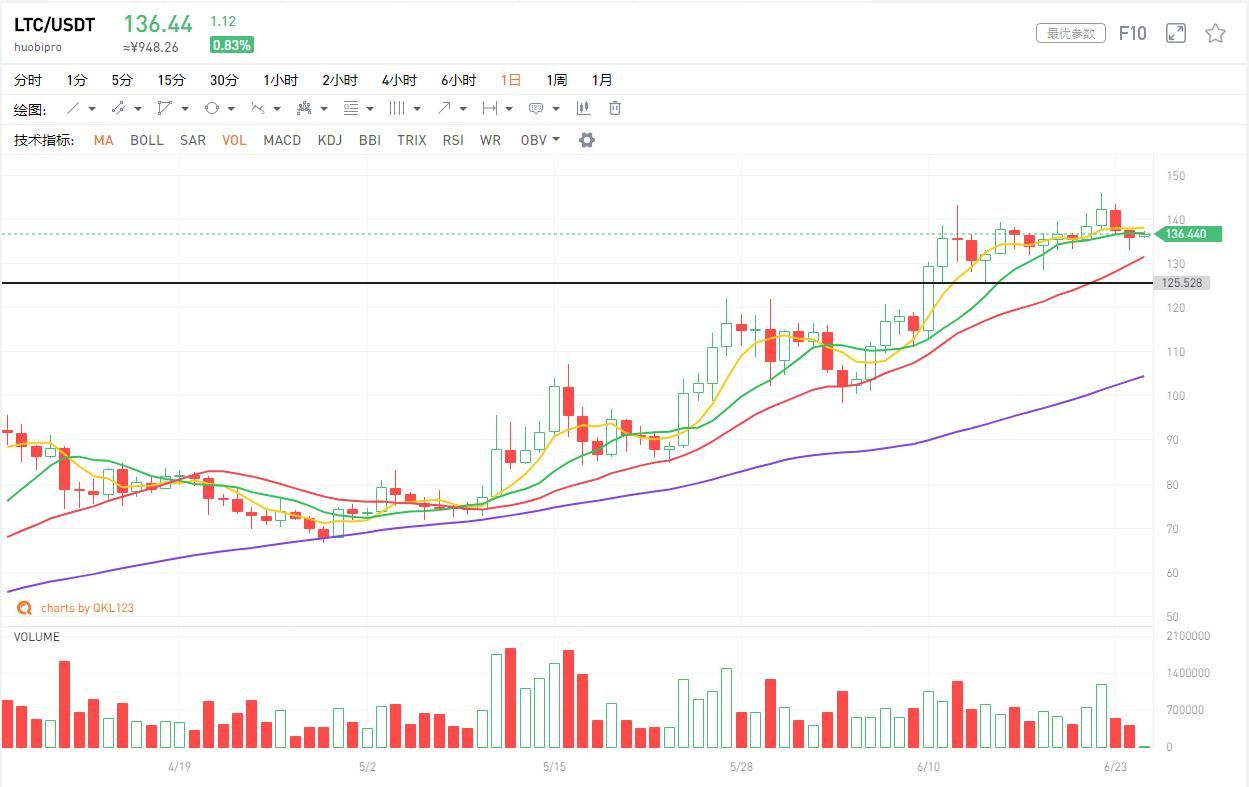 BCH BCH has been oscillating for three days. As can be seen from the figure, the target has gone through a trend of flag-like finishing, but the volume of this round of increase is slightly smaller, and the macd indicator is still out of the state, and it loses 5 antennas. May go back to the support of $450, pay attention to the risk. 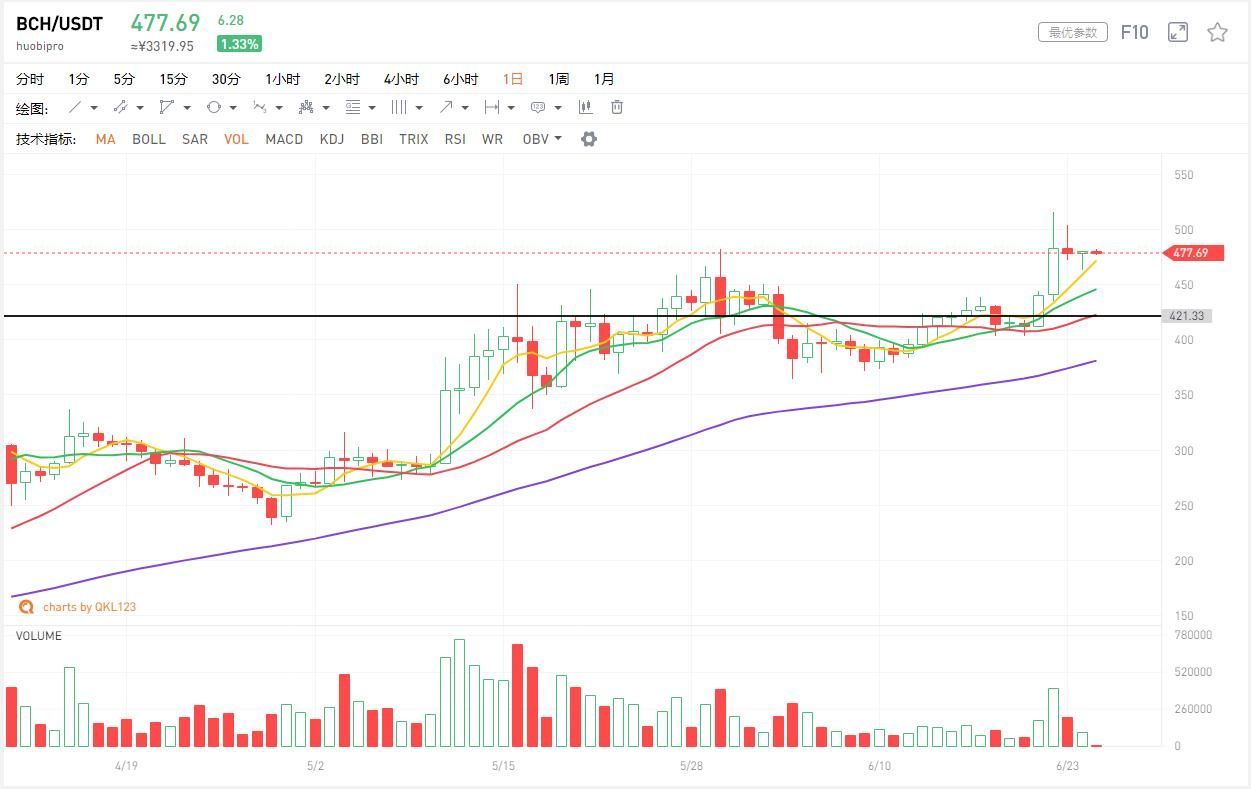 EOS fell below 5 antennas yesterday, hitting a minimum of 7 dollars, but still received the top of the 5 antennas, indicating that the support of the point is still good, the target may continue to oscillate upwards to challenge the pressure of 7.6 dollars, if it falls 6.9 The dollar's support will drop to $6.5, paying attention to risk. 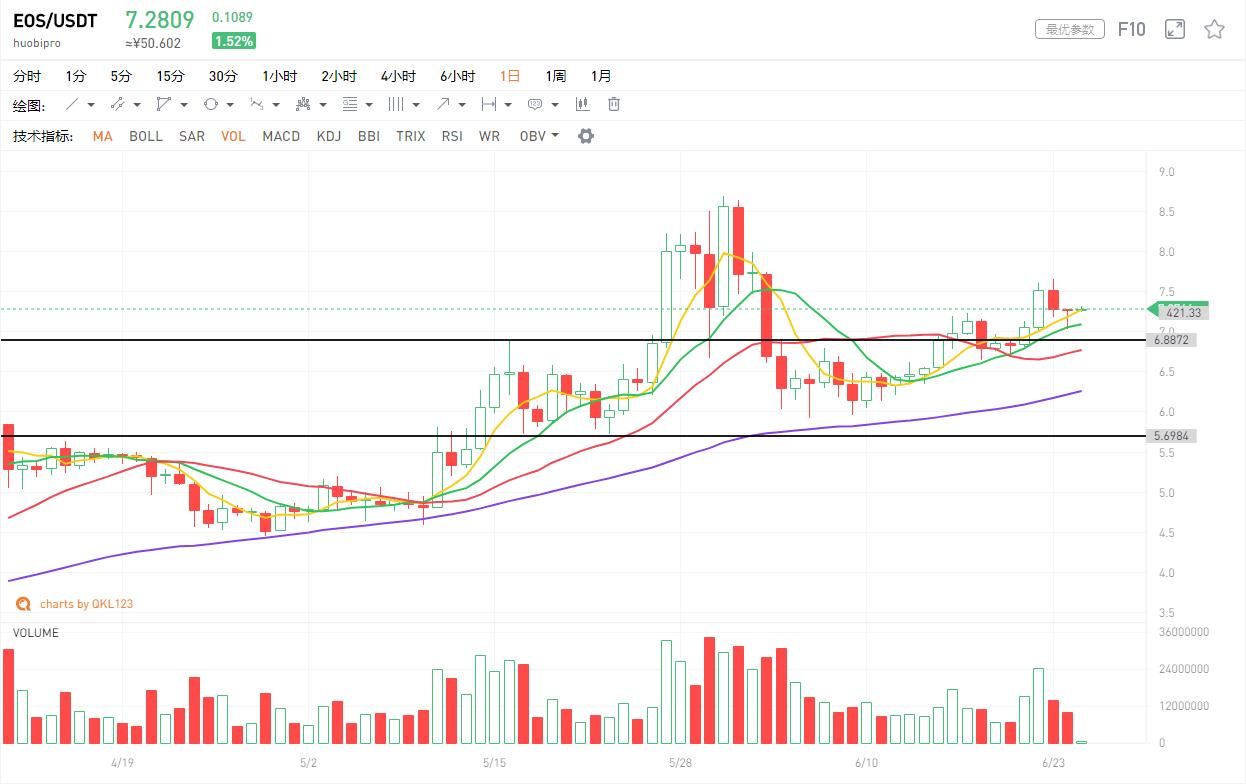 BNB failed to regain 5 antennas, the performance is weak, the macd indicator is still out of a divergence state, the first support position of the target back is around 35.5 US dollars, observe the support strength of the point, if at this point The position will stabilize and rebound, or it may challenge the new high point again. If it falls below this point, it will test the support of 32.5 US dollars and fall below the 30-day moving average. 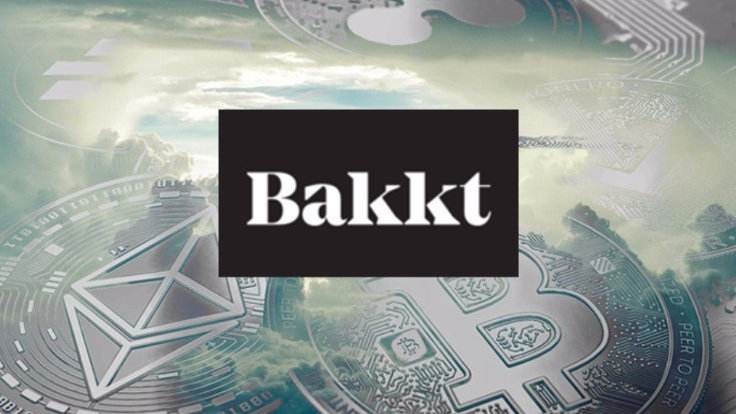 Opinion: Lightning Network will focus on privacy in 2020, show more use cases and participation incentives