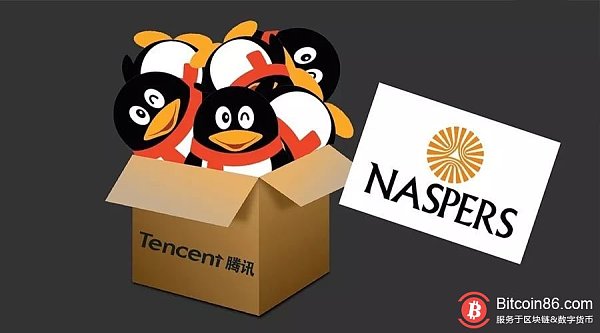 When Facebook launched the cryptocurrency project Libra on June 18, it also announced the first 27 companies to cooperate, including a payment company called PayU.

It is worth noting that PayU is a wholly-owned subsidiary of South African media giant Naspers, and Naspers is the largest shareholder of Tencent.

Tencent’s full-year earnings report for 2018, released on May 14, shows that Naspers holds 31.1% of Tencent’s shares and is its largest shareholder. In contrast, Tencent's founder Ma Huateng's shareholding ratio was 8.61%. 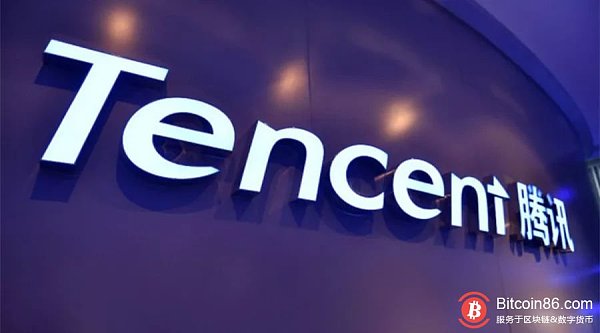 According to the Libra white paper, third-party organizations have to invest $10 million to become their partners. PayU entered Libra's first list of partner companies, indicating that it invested at least $10 million. In other words, Tencent's largest shareholder, Naspers, invested in Facebook's cryptocurrency.

Due to the success of Tencent's investment, Naspers' investment has always been a concern. Now, it may replicate a great investment on Facebook Libra like investing in Tencent 18 years ago.

What is the biggest shareholder of Tencent, Naspers?

Naspers is a multinational media company founded in 1915 and listed on the Johannesburg Stock Exchange in September 1994. Naspers currently ranks first in the market value of all African companies and is known as “Africa's Most Valuable Company”. 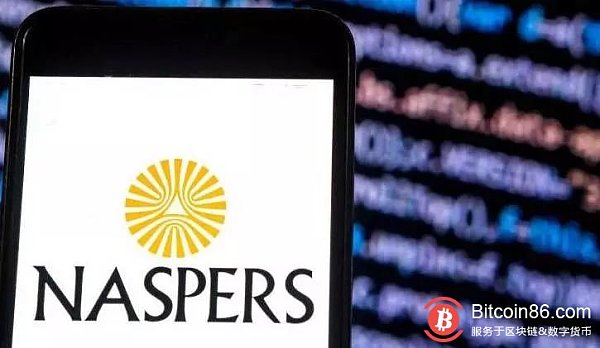 Years of operation have allowed Naspers to successfully transform from a media company to a comprehensive business company. Its business includes electronic media covering more than 130 countries around the world, as well as venture capital. Naspers has invested in Russian Internet company Mail.ru and has invested in the world's largest takeaway company, Delivery Hero, and OLX, the world's largest classified information website.

Of course, the most talked about is the investment in Tencent. In 2001, Tencent, which developed the instant messaging software QQ, received 18 million users in the third year of its establishment, compared with only 33 million Internet users in China. However, as users continue to grow, so does the demand for servers and technology. Increasing spending has put Tencent, a start-up, in a predicament of a shortage of funds.

Tencent and other companies came to Naspers for investment after failing to borrow money and seeking acquisitions. Through indirect control of MIH, a wholly-owned subsidiary, Naspers invested US$34 million in Tencent, with more than 45% of Tencent shares at its peak, and then diluted to 33.2% due to Tencent's listing.

As Tencent grew to become the world's third largest market capitalization Internet company. In 2018, the market value of Tencent's shares held by Naspers exceeded US$150 billion, and with a cash return of US$9.81 billion, the revenue increased by 4,950 times.

The logic behind the cooperation between the two sides 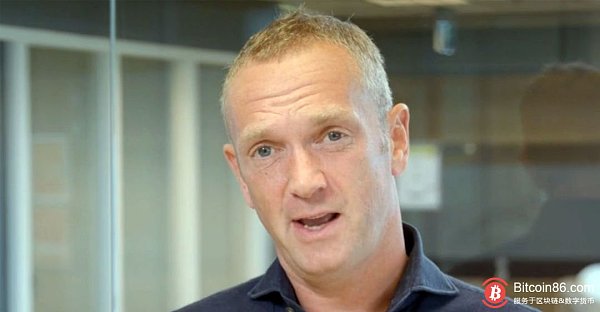 Why invest in Facebook's cryptocurrency Libra?

In an interview with technology media TechCentral, Naspers CEO Bob van Dijk explained that cryptocurrencies allow people to achieve cost-free transfer, which is not possible in the current legal currency world, but can make a huge impact on society. The positive impact, therefore, has a high investment value.

“There is a huge loss and waste in the legal currency system. Users of cross-border remittances pay high fees in many cases. The cryptocurrency allows people to avoid loss and high cost when value is transferred. This is the main reason I like it.”

Van Dick said that Facebook and its cooperation mainly focus on the potential of markets such as South Africa, India and Latin America. These regions are among the growth markets in the payments sector and are attractive to Facebook. 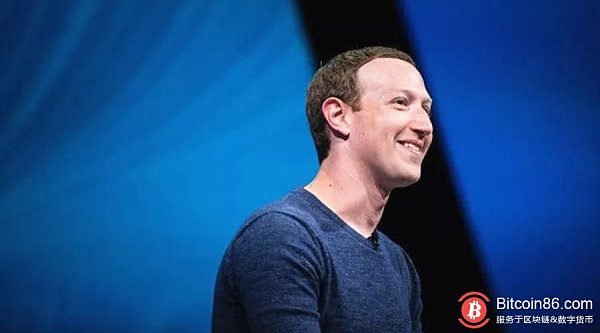 For Facebook, Africa is indeed a very important market.

Facebook's goal is to create a “monetary without borders” through Libra to serve individuals in the global market who do not yet have a bank account. Statistics show that the number of people in this segment is about 1.7 billion, most of which are distributed in Africa. In Africa, there is a very significant financial opportunity – remittances.

As a custom of generations, African expatriates in Europe and North America send their earned income to relatives and friends in their home countries in Africa, which constitutes the main source of African remittances. According to World Bank statistics, in 2017, sub-Saharan Africa (commonly known as "Black Africa") remitted $37 billion, and is expected to reach about $40 billion in 2019. Considering that the World Bank only collects remittances from formal channels and excludes funds remitted to North African countries, the total amount of remittances across the African continent will be higher if the above funds are included. Remittances have even become the economic backbone of some African countries, such as Liberia's 27% of GDP comes from remittances. 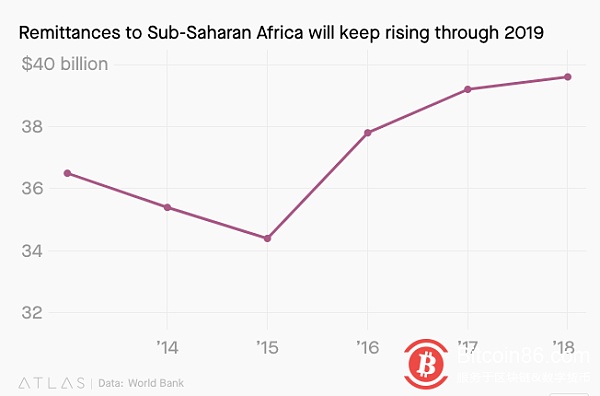 This has also led to a very high remittance rate in Africa, ranking first in the world. As shown in the chart below, World Bank statistics show that for every $200 remittance, sub-Saharan Africa is subject to a rate of approximately 9.4%.

High cross-border remittance charges are a great opportunity for Facebook Libra to enter the African market.

Quartz, a technology business media, points out that Facebook Libra has two major advantages in entering the African market:

First, the strong mobile currency culture of the African continent, local people are basically willing to invest funds in mobile accounts, resulting in mobile payment companies such as MPesa popular in Africa;

Second, Facebook's products are widely used in Africa, especially WhatsApp, which is the most popular mobile communication tool in Africa.

Now, Facebook Libra has the third-largest advantage – the support of Naspers, the “most valuable company in Africa”.

Shortly after Facebook launched Libra on June 18, a screenshot was widely disseminated by the media. The screenshot shows that Tencent founder Ma Huateng commented on Facebook's cryptocurrency under a circle of friends. "Technology is not difficult, it depends on whether regulation is allowed."

Regulation is a major challenge for domestic companies to get involved in the cryptocurrency business. On September 4, 2017, the central bank and other seven ministries and commissions issued the “Announcement on Preventing the Risk of Subsidy Issuance Financing”, clearly stipulating that no organization or individual may illegally engage in the issuance of financing activities. After the announcement, many blockchain projects and exchanges announced their withdrawal or transfer to overseas. Since then, the announcement has also become the basic requirement for the domestic blockchain business.

In 2018, Tencent reported the registration of currency, infcoin and other trademarks, triggering speculation about its involvement in cryptocurrency. However, Tencent denied it afterwards, saying that the currency, infcoin is just the name of the game props. At present, Tencent's focus on the blockchain is still mainly focused on technology and application.

However, in foreign countries, encryption finance has attracted more and more attention from financial and technology giants. JPMorgan Chase, the largest commercial bank in the United States, announced the launch of the cryptocurrency JPM Coin in February this year; IBM announced in March that it has reached a stable currency development cooperation with six international banks including Busan Bank. Since then, Fidelity, E-Trade, TD Ameritrade and other financial institutions have all reported news of cryptocurrency transactions.

The rapid development of foreign encryption finance has aroused domestic researchers' concerns about China's blockchain and encryption finance. Before the release of Facebook's cryptocurrency, Meng Yan, a researcher at the Digital Assets Institute, pointed out that the mainstream US economy is gradually embracing the blockchain and encryption assets, and that "China's related industries cannot respond in the face of such a major event. Worried." "If at the new stage of the digital economic revolution, China cannot actively participate. Not only will it be completely passive in the new competition, but the advantages already gained in the Internet and financial technology fields may also be lost."

Philanthropist Bill Pulte: Cryptocurrencies can help the poorest people in the world