Cryptographic Monetary Regulation: From the price of the murderer to the bull market

In the morning of June 22, Beijing time, Bitcoin prices returned to the long-lost $10,000 mark.

The more the regulation is confirmed, the higher the price of the currency.

In fact, with the presence of off-site institutions and the inflow of off-exchange funds, the pace of regulation in various countries has also become dense.

In March 2019, Zuckerberg's 3,200-word long text said that Facebook will turn to the blockchain field and will work to develop a new profit model for Facebook. Wanting to establish a set of "currency without borders" is bound to face the pressure of global regulation.

Just one day after the white paper was released, US Congressman Maxine Waters asked Facebook to stop developing the Libra network until Congress held relevant hearings.

Waters said in a statement that Facebook has been expanding unrestricted since it announced plans to create cryptocurrencies. However, Facebook does not have a clear regulatory framework to provide strong protection for investors, consumers and the economy, at least nothing now.

At the same time, US presidential candidate and Senator Elizabeth Warren also said on Twitter: "Facebook has too much power and a bad record in protecting our private information. We need to take responsibility and not let They have access to more user data."

In fact, for Facebook's currency program, the overwhelming majority of regulatory attitudes are cautious and restrained. The US bipartisan legislators have formed a "small group" and are evaluating the Libra project.

Regulatoryism is on the rise, and Facebook has some preparations, such as setting up the Libra Foundation in Switzerland, and “digging” two senior employees responsible for compliance in the cryptocurrency exchange Coinbase to respond to compliance. Despite this, we still imagine that Facebook's way of issuing money will never be smooth.

"Technology is very mature, it is not difficult. Just look at whether the regulation is allowed." Ma Huateng's message hit the nail.

When it comes to cryptocurrency regulation, the SEC cannot be avoided.

The SEC, the full name of the US Securities and Exchange Commission, was established in 1934 under the Securities Exchange Act and is the highest body in the US securities industry.

We have already felt the power of the SEC in various news: In March of this year, the SEC sued Volkswagen for deceiving US investors. In the end, Volkswagen suffered a setback in its share price and was forced to spend more than $25 billion and repurchase 500,000 units. The United States has sold vehicles.

In February, the SEC launched an investigation into Tesla and asked the federal court to rule that Musk defied the court's ruling, saying that he violated the settlement agreement reached last year with the SEC and tweeted. Affected by this, Tesla shares fell nearly 5% after the close.

In August last year, Musk was formally sued by the SEC because his tweet "distributed false information." For this reason, Musk was forced to resign as chairman and paid a $20 million settlement penalty.

As the highest institution in the US securities industry, the SEC's every move will have a major impact on the US and the global securities finance industry. The SEC's focus on cryptocurrencies dates back to 2017, when ICO was the craziest.

In August 2017, the SEC publicly stated that it was concerned about the risks posed by ICO and the high price, strong buying and selling, and confirmed that they are studying the ICO regulation of cryptocurrency.

In fact, there has been a lot of debate about whether Token is a security and whether it should be included in the SEC regulatory issue.

The SEC believes that judging whether a Token belongs to securities should be carried out in three stages.

In the Token pre-release phase, you can directly use the three questions of the Howey test framework to determine whether it is a security, that is, whether to invest with money? Is the investment in order to obtain the expected profit? And does the expectation of such profit depend on the efforts of others?

If a Token satisfies the above three conditions, it can be regarded as a security, and vice versa.

And when a Token project reaches the online stage, at this stage, whether the Token is a security depends on whether the project sponsor has achieved the functions and objectives claimed in the white paper, and whether there are real users, miners and verifiers. And is the expected profit of these roles dependent on the efforts of others?

When a project is in the second phase, when a network function user purchases a token with money but does not expect a return on profit, it is not considered a security.

Finally, the third phase of the cryptocurrency project is the complete decentralization phase.

A truly decentralized encrypted network, there are multiple organizations, not just an organization, and project development does not depend on a certain individual. So in the final stage, Token is not in the securities category.

However, because the specific classification criteria have not yet been introduced, the disputes between the blockchain project parties and regulation still exist.

On September 12, 2017, social communication app Kik conducted an ICO of approximately $98 million for its token Kin, and more than 10,000 people from more than 117 countries participated in the ICO. Three days later, the SEC came out and said that the sale may violate US securities laws.

The debate between the two sides lasted for two years. This year, the SEC filed a lawsuit against Kik for unregistered securities sales when it launched ICO in 2017.

Faced with the turbulent pressure from the SEC, Kik received $4 million in litigation funding through crowdfunding, and Kik and his Kin Foundation launched a program called DefendCrypto: Coinbase Hosted $5 million to fund encryption projects that struggled with the US Securities and Exchange Commission (SEC) because the SEC stifled innovation in cryptocurrencies.

"This is a very misleading accusation!" In June of this year, in response to pressure from the SEC, Kik CEO Ted Livingston said this. 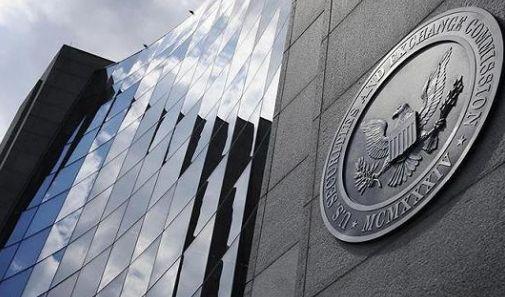 Since then, he added that the SEC is "split" the entire currency and intends to control the currency in one fell swoop.

Regarding the dispute between the SEC and Kik, the outside world believes that Kik won't win much. Stephen Palley, an attorney in the US encryption field, said that if they plan to stick to it, $5 million is not enough, and it may cost $10 million to $20 million.

Coincidentally, under pressure from the SEC, Coinbase and Circle, which originally supported Kik's anti-SEC activities through the cryptocurrency community website DefendCrypto.org, announced the cancellation of support for the event.

At the same time, there are also calls in the field of cryptocurrency, hoping that the SEC can clarify the scope of supervision.

Data from the encryption site BitBns.com shows that the Indian bitcoin transaction price is just under Rs. 80,000, close to $1,100, well above the average price of $10,860.

This high premium can be attributed to the difficulty of purchasing cryptocurrencies in India.

In June of this year, the Indian government is discussing a cryptocurrency regulation bill. Once the bill is passed, holding, buying and selling cryptocurrencies such as bitcoin in India will be classified as criminal acts and may face 1 to 10 years of imprisonment. Severe punishment, and a fine of 3 times the cryptocurrency gain. 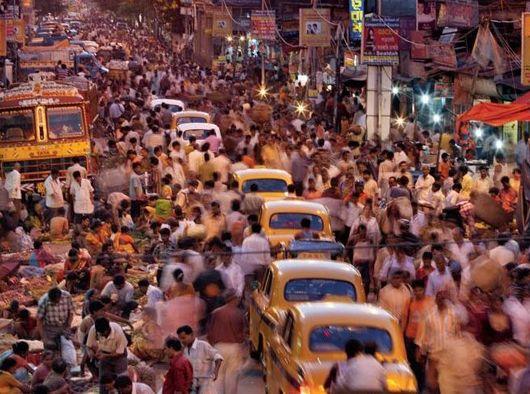 Someone consulted the Bank of India and got the answer: "I don't know or participate in this draft ban."

On May 15 this year, the Indian cryptocurrency exchange Coinome announced the suspension of its business operations due to the ban on cryptographic business transactions issued by the Bank of India last year. Another exchange, Unocoin, also cut more than 80% of its work due to the ban.

In addition, according to the Indian Economic Times, this year's hot Facebook Libra blockchain program will not be put into use in India.

India now seems to have some kind of "hostility" towards cryptocurrencies.

Prior to this, India’s attitude towards cryptocurrencies has been complicated.

As early as 2017, the Indian Ministry of Finance stated that the cryptocurrency is not a legal currency and will not be protected by law in India.

By the beginning of 2018, the Indian government stated that it would have to pay taxes to participate in cryptocurrency transactions in the country.

However, three months after the Indian government sent tax notices to more than 100,000 people across the country, in April last year, India directly banned any cryptocurrency transactions nationwide. It was officially implemented in July this year.

In the face of India's increasingly stringent regulatory measures, many industry practitioners expressed dissatisfaction and prepared to launch a joint lawsuit against the Bank of India to the Indian Supreme Court.

But in any case, Indian regulation has become increasingly unfriendly to cryptocurrencies.

In the early hours of June 22, 2019, the Financial Action Task Force (FATF) of the Anti-Money Laundering Act issued the Risk-Based Perspective: A Bylaws Guide for Regulating Digital Assets and Digital Asset Providers (hereinafter referred to as the “Regulatory Guide”).

As a global financial regulator supported by more than 200 countries, including the United States, to provide member countries with global anti-money laundering and counter-terrorism recommendations, the FATF’s voice is somewhat more than the US SEC or any other regulatory agency The impact is much greater.

In the regulatory guidelines, the FATF issued recommendations on cryptocurrency regulation in 37 member states, one of which is to require cryptocurrency exchanges to share customer information, giving countries 12 months to make rules based on changes, and will be in the next year. Monthly review.

The regulatory guidelines state that each cryptocurrency transaction must include:

Through these regulations, we can see that the supervision of the FATF is concentrated on AML (anti-money laundering) and KYC.

US Treasury Secretary Steven Mnuchin said: The regulatory guidelines use these regulatory measures to ensure that virtual asset service providers do not operate in the dark.

This means that for cryptocurrency practitioners, the biggest good news for this regulatory guide is that at least cryptocurrencies are allowed to be used in the right path.

However, some practitioners expressed concern about the new regulatory guidelines.

Data analysis firm Chainalysis believes that the formal cryptocurrency regulatory guidelines now do not increase transparency, but rather spur cryptographic services to shut down or abandon business under supervision.

Europol’s strategist Jarek Jakubcek also said that in most cases, the owner of a non-supervised wallet could not be reasonably confirmed by a private company (including an exchange). Therefore, it is futile to require companies to do something that cannot be done. The compliance conditions of national exchanges will also become more demanding, and some small transactions may all be eliminated.

Recently, the withdrawal of the currency from the US market may be a significant signal.

Looking at the world, 25 countries have enacted regulatory laws for cryptocurrencies, and five other countries have clearly stated that special regulations will be introduced this year.

At present, more than 20 companies can see that cryptocurrencies are circulated through online transactions or offline payments, but more than half of the countries do not have legally stipulated whether cryptocurrencies can be permitted as payment instruments or exchanges. French currency.

Although the FATF has no real power, the introduction of this regulatory guide is still far-reaching because it is the common attitude of more than 200 countries around the world.

Although it is a myth that the global agreement on cryptocurrency regulation is to be agreed in the short term, at least there is already a good start.

Although the unregulated cryptocurrency market has the ultimate freedom, it has become a hotbed of crime; with proper supervision, it is possible for the funds to enter the market smoothly.

And this requires a long, tumultuous, and repeated game.

The US House Financial Services Committee will hold a hearing on Libra on July 17.