As the centralized management institution of the US dollar, the Fed plays the role of a global central bank. As the world currency, especially after the decoupling from gold in 1971, the United States needs to establish a completely neutral Fed image in order to guarantee its continued credibility in front of the global public. But this seemingly neutrality was quickly disintegrated after Trump took office.

Last week, the Fed held a meeting on interest rates. It can be said that there is no reason to start releasing the loose signal, cut interest rates and stop shrinking the schedule and put it back on the agenda.

From the current situation, the Fed’s loose expectations are untenable. First, the Fed’s balance sheet is at a historical high, the US economy’s growth has remained above 3%, and the unemployment rate is at a very low level. To implement easing only with trade uncertainty, there is only one reason for the Fed to start cooperating with the White House and to fight the exchange rate. 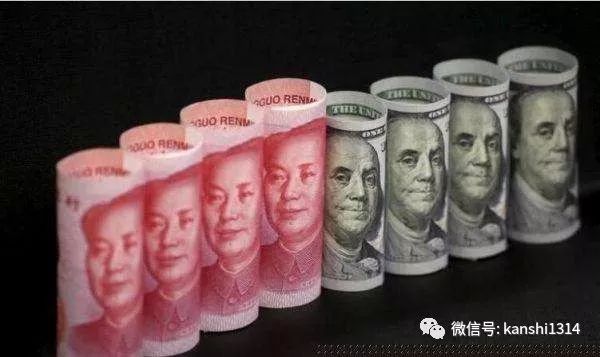 Earlier, because the Fed did not release the loose signal, and continued to raise interest rates, Trump claimed to dismiss Fed Chairman Powell, but Powell said that the law clearly stipulates that I have a four-year term, I intend to serve for four years. Trump immediately responded that as long as I thought, I would be able to dismiss the Fed chairman. Powell’s understanding of the four-year term was wrong. I just did not intend to fire him for the time being.

Many people may think that Trump has only had a mouthful of addiction, but in fact the White House did seriously discuss the dismissal of Powell's legal procedures. We don't know how to dismiss Powell for the time being, but it is certain that the Fed is an integral part of the US government. It is impossible to continue to fight against the White House.

Trump’s high profile on the Fed’s interest rate cut and the Fed’s compromise have actually sent a new signal to the global market that the Fed is just a tool for the White House to achieve all kinds of will. The so-called independence is just that you choose to believe. It’s gone.

In fact, since the establishment of the Federal Reserve for a hundred years, no president has been so strong against the Fed. This guarantees the respect and trust of the Fed on a global scale. He believes that one of the important credit guarantees of the US dollar is that even the White House cannot intervene. Neutrality. So for a long time, no president has dared to exert some pressure on the Fed, let alone publicly, because it involves the absolute core interests of the United States, that is, the credit of the dollar, which is the basis of all US hegemony.

Of course, if the United States already has a new plan to rebuild the world monetary system, the historical mission carried by the dollar may choose a way that you least want to see to gradually end. Recently, Federal Reserve Chairman Powell said in an interview that the libra (a digital currency) released by the Internet giant Facebook may replace the more traditional currency. But Powell also mentioned that Libra is still in infancy, which means that it is still far away from growing up to replace traditional currency.

The crux of the matter is that the independence of the Fed is challenged and may not be an accidental event. Trump played the role he played in a particular historical stage.

The United States has always believed that government debt is a "glorious". Debt makes the government demand the people. Debt also gives Congress enough reason to prevent the ruling party from profligate, so the fiscal surplus is exactly one for a country like the United States. A relatively unpopular thing. US debt debt as a share of GDP continues to expand

But any model will eventually have a hard time to return. Even if the US maintains the interest rate at zero, it will be difficult to pay off its debts within a few decades. Moreover, the current US government only pays more than $500 billion in debt interest each year.

Another problem is that in order to maintain the status of the US dollar, the United States still needs to make more extreme measures, such as retaliation against the economies and related institutions and enterprises that evade the US dollar settlement system. It also needs to use force to maintain order in the Middle East. At all costs, to promote the attractiveness of all domestic assets and so on.

But the times are gradually changing. More than a decade ago, the United States had more supporters for the war against Iraq, but at present, there are basically few allies who are willing to support Iran’s actions. This is all cost. Trump's US debts continue to expand

That's why, as long as the dollar and the Fed's credit encounter a crisis of confidence, the price of gold has skyrocketed.

However, in 1971, the US’s ruling breach of contract did not bring too much damage to the United States. Instead, it further expanded the fiscal freedom of the United States and quickly restored the economy with the depreciation of the dollar.

The operation of Americans in the financial and monetary market is often ridiculous in its operation, but it is not without trace. Regarding the default method of decoupling gold from the US dollar, the British have used it several times. When the economy is prosperous and the world is peaceful, the pound is the gold standard. When the war comes and the finances need to expand, the gold standard is abolished.

So the current United States will choose what kind of way to default, I think history may give a deja vu answer.

Alexander Hamilton on a ten-dollar bill

Since the United States has no gold standard to carry out default operations, to solve the current US debt problem, there is only the option of “ issuing new currency ”. But this is a huge and challenging project. The current world situation is different from what it was two hundred years ago. What kind of new currency will be released by the United States, everyone can imagine it.

US Congressman resubmits the token classification