Beijing time on June 26, recently, the largest exchange operator in the United States, the Chicago Mercantile Exchange (CME Group) listed bitcoin futures reflected: hedge funds and other large traders bet bitcoin will fall, despite Driven by a new round of encryption optimism, this digital currency has risen above $10,000.

The institution shorts futures, and the retail investors take over?

A Bitcoin futures contract is a contract that allows traders to raise or lose bitcoin. According to a recent report by the Commodity Futures Trading Commission, hedge funds and other fund managers held a bearish “short” position on the Chicago Mercantile Exchange (CME) bitcoin futures market last week about 14% more than a bullish “long” position. Other large traders are even more pessimistic. The CFTC report shows that “other reporting objects” (a loose corporate category that does not necessarily manage funds for external investors) hold more than three times the short position of long-term positions in Bitcoin futures.

So who is an optimist? The report shows that the other side of the transaction is mostly small investors. Among traders with less than 25 Bitcoin contracts, the ratio of long bets to short bets is 4 to 1.

George Mihalopoulos, portfolio manager at Chicago-based fund management firm Typhon Capital Management LLC, said: "Traditional market participants may be more suspicious (bitcoin) than millennials traders." But he stressed that his view is Speculative, it's hard to know what drives the CFTC's data.

The CFTC's report released on Friday reflected the position of market participants on June 18, when a bitcoin was worth about $9,000. Later Monday afternoon, the price of Bitcoin was about $10,900. Despite the lag, the CFTC's weekly report gives us a glimpse of the positions of various traders in the Bitcoin futures market.

The gap between long and short is shrinking

According to data from the Commodity Futures Trading Commission, hedge funds have been shorting bitcoin since February, but they have recently reduced their short-selling bitcoin positions.

On June 11, the short position of hedge funds was 47% more than the long position, and this gap narrowed to 14% in the following week. These figures do not necessarily mean that hedge funds will directly bet on bitcoin. A short bet may also be part of a hedging strategy: for example, a fund with a bitcoin portfolio may be short on the Chicago commodity trade to prevent bitcoin depreciation.

L. Asher Corson, a cryptocurrency analyst at Chicago-based proprietary trading firm Consolidated trading, said traders who want to short the bitcoin have few options besides the Chicago Mercantile Exchange. One option is that they can borrow bitcoin from another trading company, then sell it, and then return the same amount of bitcoin to that company – a process similar to the process of stock short selling. But Colson said the difference is that in the turbulent bitcoin market, few companies are willing to offer this service to short sellers because they are worried about default.

The bitcoin options trading platform LedgerX plans to launch its own bitcoin futures. Previously, the CFTC said on Tuesday that the company has been approved to become a futures exchange. Including TD Ameritrade Holding Corp. A number of well-known financial companies, including Fidelity Investments, are supporting a company called ErisX, which plans to offer both cryptocurrency futures and spot trading.

But recent studies have shown that the size of the Bitcoin spot market is exaggerated by the falsified trading transactions on cryptocurrency exchanges.

Editor in charge: Zhang Guoshuai This article was transferred from: Sina US stocks

Today's panic and greed index is 56, the level is still greedy 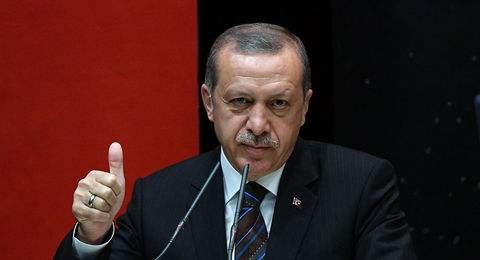 Netizens said that the aelf community of the cross-chain project has been dissolved, and it is suspected that layoffs are being laid off.