The world is financial, but ultimately it is technology – blockchain or the ultimate weapon of technology to defeat finance

History repeats, but not simply repeats.

In 2013, Yu'e Bao was born, when traditional financial institutions shouted "Wolf is coming." Based on Alibaba's technology and user blessings of Yu'ebao, Yu'ebao reached 1.99 trillion yuan and 480 million investors at the end of the first quarter of 2018. This growth rate has moved the traditional financial cheese, and its development, Yu'ebao will become a large savings bank.

Subsequently, the regulator adjusted the holding or trading limit for five consecutive times, from 1 million yuan to 100,000 yuan. Affected by this, at the end of the first quarter of this year, the balance of the balance of the treasures has shrunk to 10,400 yuan. However, its user base has climbed to 588 million, an increase of 100 million users from the end of the first quarter of 2018.

If it is not regulation, technology has already gained the upper hand in competition with finance. However, traditional finance still has its own unique skills – credit, which is unmatched by technology companies. The credit of traditional finance comes from many aspects: brand credit, license credit, business professional credit, and credit granted by the state. The reason why Yu'ebao is restricted is that the supervision department cannot predict whether it will affect financial stability after it is allowed to expand. After all, it is a financial credit issue. So financial institutions found that the "wolf" did not come, and they committed themselves to the wave of improvement in financial technology.

However, the emergence of the blockchain has given credit a solution to technology, and the jigsaw for technology entry into financial technology has been basically complete.

In 2019, Facebook launched the Libra project, and traditional finance shouted "Wolf is coming". This time it may be true.

The first collision between technology and the "wolf" and finance began in the 1970s.

In July 2016, the KBW NASDAQ Financial Technology Index was officially released in the United States. The index is used to track the performance of companies that use high-tech financial products and have strong influence in financial services.

The index has 49 constituent stocks. Visa is considered to be the first native financial technology company if it excludes financial companies that later armed themselves with technology. The emergence of Visa is inextricably linked to the development of information technology.

Visa is defined as a payment technology company dedicated to helping consumers, businesses, banks and governments use digital currency. The technology it used was the computer and Internet technology that was thriving at the time. In the 1970s, the emergence of very large-scale integrated circuits, computers were gradually used in commercial organizations; the Internet also produced the main standards in the 1970s, and efficient communication across regions became possible.

As can be seen from the figure below, the Visa office in the 1970s was a large computer room. 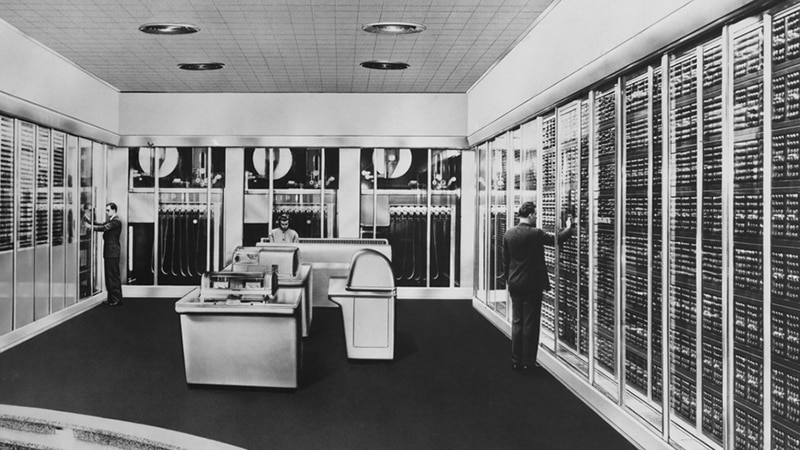 Every step of Visa has its own opposition from traditional financial institutions, such as the security of the network. When Visa launched Visa payWave in 2007, it was questioned that the user's information was leaked in the air.

It is well known that Buffett is a "share god", but in the face of the "great medal" fund of technology blessing, Buffett's performance is a lot worse.

In 1988, Simons, the founder of the "Grand Medal" fund, recruited a large number of mathematicians, cryptographers and senior computer engineers to create a quantitative fund company – Renaissance Technology.

Simmons' head product medallion, its annual compound yield has reached 35.6% since 1989, significantly ahead of the "S&P 500" 20 points in the same period, and more ahead of Buffett's Berkshire Hathaway. 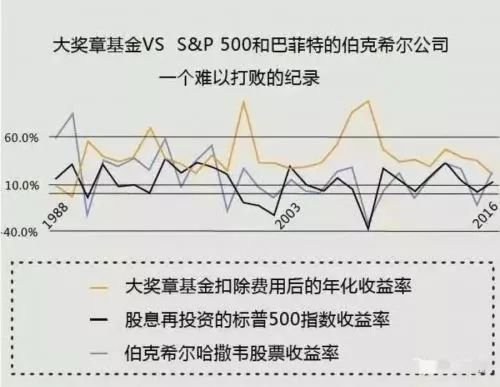 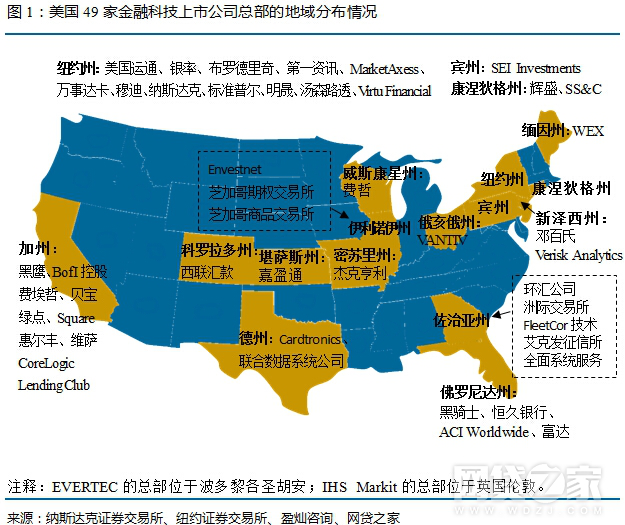 After entering the era of mobile Internet, the blessing of computing power to the financial industry has gradually come to an end. On the one hand, Moore's Law is exhausted, but personal computing power is already very strong. Technology companies can provide financial computing products directly to individuals. Users do not need to go to traditional financial institutions. On the other hand, financial institutions find that they are calculating their own data. After the market data, more data has gradually flowed to technology companies.

Therefore, the competition between finance and technology enters the second stage: technology companies use financial or user data to empower finance. In 2013, Tianhong Fund and Alibaba cooperated to launch the model of Yubao Detonation. At that time, the author was in this industry, the traditional fund company faced the Internet "barbarians" almost unable to resist, watching the Tianhong fund scale from the countdown to the first. Then, the fund company began to join various Internet companies such as Tencent, Jingdong, Baidu, etc., trying to achieve the import of traffic and data.

So domestic financial + technology accelerated integration. Because it occupies the traffic entrance and the data entry, the Internet company is now Party A, so this stage puts forward the concept of "Internet finance". 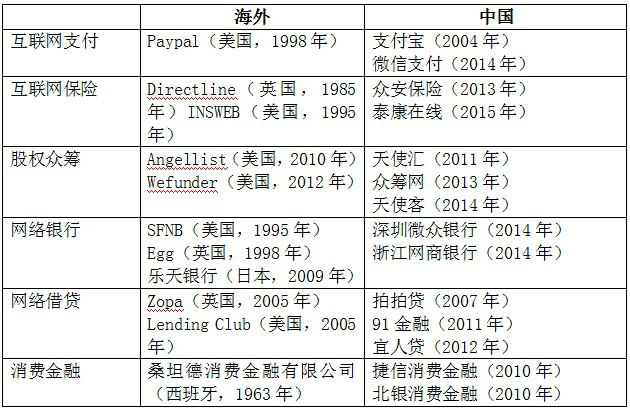 It is worth noting that in the Internet finance stage, Chinese Internet companies are almost invincible through the network effect. The loan balance of online loans in the early 2018 is 1.2 trillion yuan. Compared with traditional financial institutions, Internet finance has no store cost, product iteration is fast, and insight into human greed.

However, a large number of risks are also accumulating. Subsequently, equity crowdfunding, online lending, and Internet insurance all exposed risk exposure. Since 2015, violent torrents have continued until now.

Figure: Statistics on the number of thunderstorm platforms on the Internet

Figure: Statistics on the causes of online loans

Today, the Internet financial platform is still fading at the rate of hundreds of corporate thunderstorms per week. Credit is especially important at this time. Therefore, Internet finance has gradually concentrated on large enterprises that have established huge credits in the Internet industry. For example, Tencent & WeChat platform, Alibaba & Alipay platform, and their establishment of Weizhong Bank, Zhongan Insurance.

Ordinary users have slowed down the gods: Although the fast-rising Internet finance has high-yield products, it also has high risk exposure. Behind high risk is the lack of ability to build credit. With the high yields, users are instantly disintegrated.

Traditional finance also understands its own advantages, that is, credit and the path to establish credit. They began to use technology again as their own tool, so Fintech (financial technology) came into being. 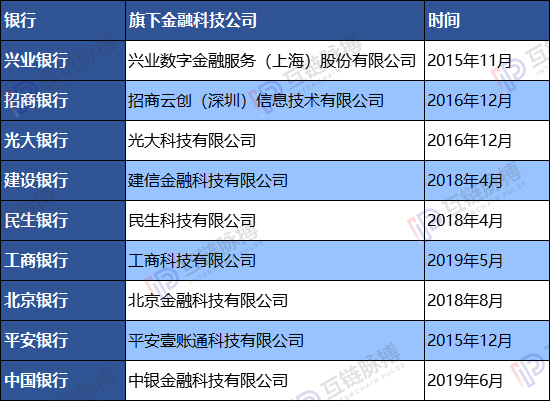 Credit is also the biggest threshold for technology companies to access the financial road. Alipay and WeChat payment are often instructed, punished, and required to be rectified by the regulatory authorities from 2014 to 2018. The essence of these technology companies is that they are heavy-duty users, and the risk of credit construction costs.

In the mutual love of finance and technology, these two industries have become the world's leading players.

The domestic situation is also the gimmick of finance and technology. As of the end of the first quarter of 2019, among the top 500 Chinese companies, the market value of the banking industry accounted for the highest proportion, reaching 18%; followed by software and services (technology) accounting for 9%. 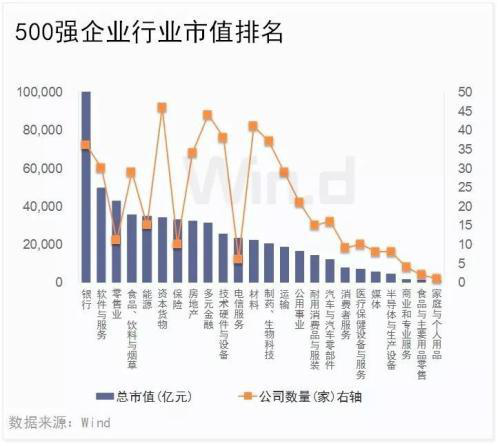 Both Chinese and foreign, the world has been dominated by the two major industries of finance and technology. The world is financial and technological.

However, from the experience of the United States, the technology industry has surpassed finance, and Fintech is moving toward Techfin.

Currency is a concentrated expression of financial credit. For example, a country's financial loss of credit and currency depreciation are encountered by countries with financial crises. In 2008, Nakamoto published the Bitcoin white paper, and people are increasingly discovering that the underlying blockchain technology is a trusted machine. Bitcoin's credit through distributed computing, consensus mechanisms, encryption algorithms and other technologies is almost no less than the "ultimate fantasy" of human currency credit in the past few thousand years – gold. 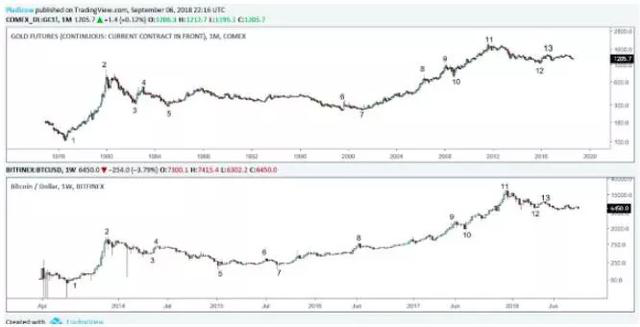 (Witter user Nunya Bizniz posted a picture showing the price of bitcoin between 2013 and 2018 and the price of gold from 1976 to the present is very similar.)

Even the stable currency linked to the US dollar, such as the USDT, publicly acknowledges that only about 74% of the USDT is supported by cash and equivalents.

But Facebook's blockchain project, Libra, has been launched to shake the financial industry: it really uses the blockchain as a trusted machine, and it is pragmatic to adopt reliable technology, such as the initial use of the alliance chain, using the BFT consensus Wait. Some people say that Libra is Q coins + Alipay. This may be the case from the use of feelings, but this is only the appearance.

However, Libra is not the end, it is just the beginning. Imagine, when we buy insurance money, why do we need insurance companies to withdraw large sums of money to maintain a large marketing team; why should our loans pay such high interest rates for financial institutions to conduct credit investigations for us; why should companies pay for them? High investment bank fees, legal fees, accountant fees…

Techfin has just started, the wolf is really coming.

Babbitt SheKnows Yuzhu: DEX is the future of the blockchain platform, Matcha is actively deploying the public chain