The following is a live recording, organized by the ChainNode live broadcast.

Xiao Yan : What was the original intention of the YOOSourcing project? What are the actual pain points in international trade? How does the blockchain give YOOSourcing ?

Xu Jianhai: After summing up, we think that there are four problems: the first is to find, the buyer finds new products, the seller finds new users; the second is communication, there are different personal social tools in various countries around the world, and no one is aimed at trade. Social communication tools used by enterprises, and personal social tools can not save customer data, employees will be taken away directly; third is trust, cross-border trade has always had trust problems. To put it plainly, there are many leather bag companies, and fraud companies will commit fraud; The fourth is efficiency, and there are efficiency problems in payment and communication in international trade. We mainly use blockchain technology to solve the problem of trust and efficiency. Through intelligent contract technology, we will link important information to form a real, open and transparent evaluation system, and use data to speak. Xiao Yan: In To B 's business, if you compare with competing products like 1688 , what are the advantages of YOOSourcing ?

Milad Nouri: Companies such as 1688 are more targeted at domestic trade. There are many problems in cross-border trade that are difficult to solve. The first aspect is the delay of time. It may be solved in the same country for 1-2 months, but internationally. It takes three months or six months; the other is the law. The legality of the contract may be different in two countries and it is difficult to define it. The traditional solution involves many aspects of the benefits. If there is a problem with the quality, everyone will squash each other and cause a lot of product destruction. So the introduction of blockchain technology can solve these problems, can be traced back to every aspect of the trade link, and quickly find the root cause of the problem.

Xu Jianhai: Our biggest “moat” is first of all years of experience in the industry: for example, our CEO Milad is a pioneer in the trade field for more than 10 years, and also a teacher of the EMBA class at the Lyon Business School in France. Many graduate students and entrepreneurs are his Students; in addition to the theory, there are practical industry experience, such as our shareholders have Wal-Mart's vice president; in addition to the blockchain field, there is a strong technical project such as ADA endorsement for us. Therefore, the combination of many parties is our most powerful moat. Xiao Wei: On the YOOSourcing platform, there are several roles of suppliers, buyers, nodes and ordinary users. What role do they play in the entire certificate model? What practical benefits can they harvest?

Milad Nouri: In the traditional field, customers must pay a certain amount of money to go to marketing. In the blockchain field, the use of utility-type Token will naturally increase the equity and reduce the cost of obtaining customers. For merchants, we have a large customer base; for users, the use of tokens will bring a lot of benefits.

Xu Jianhai: Let me make some additions. Before the user came in, the platform itself has a lot of hematopoietic functions, such as charging the merchant's service fee, advertising fee, QC, big data service, etc. These parts will be given a certain discount with Token payment; the next step, we will use the token to let Traditional enterprises enter the field of blockchain; for ordinary users and nodes, as a "salesman" of YOOSourcing – introducing traditional enterprises into the YOOSourcing platform to become members, they will receive token rewards, and naturally achieve the purpose of propaganda; these nodes You don't need to do full-time sales, as long as you work part-time or use your network resources, you can get rewards easily. Xiao Wei : Facebook's recently launched stable currency Libra is very popular. Has YOOSourcing been designed with a stable commercial model in mind?

Milad Nouri: We are still thinking about this issue. However, in today's China, merchants who want to export goods must deposit foreign currency into his bank account, and carry out customs clearance and tax payment. We are currently building a more convenient platform, but this process will take 5-10 years, mainly based on regulatory decisions.

Xu Jianhai: Facebook's currency is good for us. There are many currency sub-systems in our platform. Libra will give it a "hook" after it is launched. It is like the exchange rate of the US dollar and the RMB, which can be used very conveniently. For many of our users, we also need the Science Block. Chain, Facebook has helped us lower the barriers to many education. Xiao Wei: At the end of 18, YOOSourcing was developed based on the Quorum blockchain Ethereum alliance chain. In the white paper, it is based on ADA currency. What is the reason for this change? What is the story with ADA?

Xu Jianhai: We did some research on blockchain . A large number of companies use Ethereum for development, so we chose Quorum, an enterprise-class blockchain platform based on Ethereum technology and top financial institution JP Morgan Chase. However, it was discovered later that after a large amount of data was docked, Quorum's data capacity was limited and did not meet the development needs; while ADA was faster and more scalable in all aspects, we recognized each other.

Milad Nouri : We have seen many times with ADA in Hong Kong and Japan, and we have gradually learned about the ADA team. We are very optimistic about their technical capabilities, and the ADA believes that we already have products and users. In the process of integrating into the blockchain industry, they can give a lot of technical support, so we have achieved good cooperation. Xiao Wei: Do you think that the giants of Internet companies, such as Facebook and Ali, will enter the blockchain field and have an impact on startups?

Xu Jianhai: On the whole, it is good news. The giants enter the blockchain circle, which can guide the benign development and gradually shuffle the impetuous enterprises. For start-ups like us, everyone has a breakdown of the field, as long as you do your own professional things is OK.

Milad Nouri: The blockchain is a very new technology and is still in its early stages. The joining of giants is very beneficial to start-up companies, which will lead to difficult problems in many industries and generate new solutions. For example, YOOSourcing is solving international trade problems, and supply chain problems can be solved by blockchain technology in the next decade. Xiao Wei: The two think that in the early stage of project development, how to evaluate whether a project is worth investing?

Xu Jianhai: The blockchain industry is gradually becoming more rational and the investment philosophy is also changing. Don't just look at the short-term benefits in front of you. For example, buying an air currency is just a speculation, not an investment. A real-world application that has a hematopoietic function is worth investing in.

Milad Nouri: It is mainly to look at the industry in which this project is located. It is most important to need blockchain technology and whether it can produce real application scenarios. Many people don't know which projects really need blockchain technology. I did this two years ago. At that time, I chose to consult the most professional people around me. He told me to see what the pain points in my environment are. What are the problems and whether they can be solved with several features of blockchain technology. The most important thing is that if you can't identify yourself, you can ask for more help. Xiao Yan: How to ensure the security of data in the process of data chaining? Have you mentioned the big data collection and big data services that violated the essential characteristics of blockchain technology?

Milad Nouri : Buyers and sellers on our platform are limited by smart contracts, and everyone can only see their data through the private key. The data in the trading part is kept in the chain, no one can tamper with it, and no one can see the detailed privacy content, only see the score of a credit rating.

Xu Jianhai: First of all, there is absolutely no violation of the essence of decentralization of blockchain . Regardless of the buyer and the seller, the detailed data of personal information and transactions is strictly confidential. If some users want to find customers through YOOSourcing and seek customer data services, we will definitely charge a fee. This is a profit point for us and also for protection. Everyone is private, so it is centralized. And our credit scores are decentralized. Buyers and sellers and we can't modify it. It will form an interesting cycle: good companies are getting better and better, and poor companies will get worse without making changes. At the same time, this credit system is accompanied by a lifetime, and it must not be “swipe” like Taobao. Xiao Yan: Some viewers have asked questions, will the ADA's price rise and fall affect you?

Xu Jianhai : At present, there will definitely be some influence. We are still new in the currency circle. More people are learning about us from ADA. We are also learning a lot of experience from them. In the future, we will gradually mature and get more entrepreneurs. Support may also have a back-feeding effect on the ADA.

Xiao Wei: What is the current global layout of YOOSourcing? Can you talk about the plan? Which exchanges does YST currently have?

Xu Jianhai: On the one hand, we held a “replacement conference” in Hangzhou in early June to discuss a lot of future developments. Next, our entire product will be updated. You will see the 5.0 version of YOOSourcing; in terms of operations, to 19 In the first half of the year, we have 240,000 corporate users, mainly overseas companies, and domestic companies are only about 20%. So recently we set up a marketing center in Chongqing, and we will hold a mobilization meeting for investment promotion in the near future, and issue some Token incentive policies to further expand the domestic market.

In the international market, we promoted in South Korea in May and signed contracts with top Korean companies. At the beginning of next month, we will conduct roadshows in South Korea on July 5th. We have already performed roadshows in Japan in June, because the ADA is the biggest. The user community is in Japan. Next, we will also go to Brazil, Southeast Asia, France and other places for promotion and roadshows.

At the end of this month, we will really be the first exchange on the Matcha Exchange. From June 27th, YST can be recharged at MXC, and on June 28th, market transactions can begin! Everyone can pay attention to our official website: yst.global, there will be a lot of good news coming. In general, YOOSourcing is a project that can really pay attention to the application for a long time, and it is also worthy of long-term ownership and possession!

People's Network Review "Analysis of Blockchain" 2: How to occupy the commanding heights of innovation 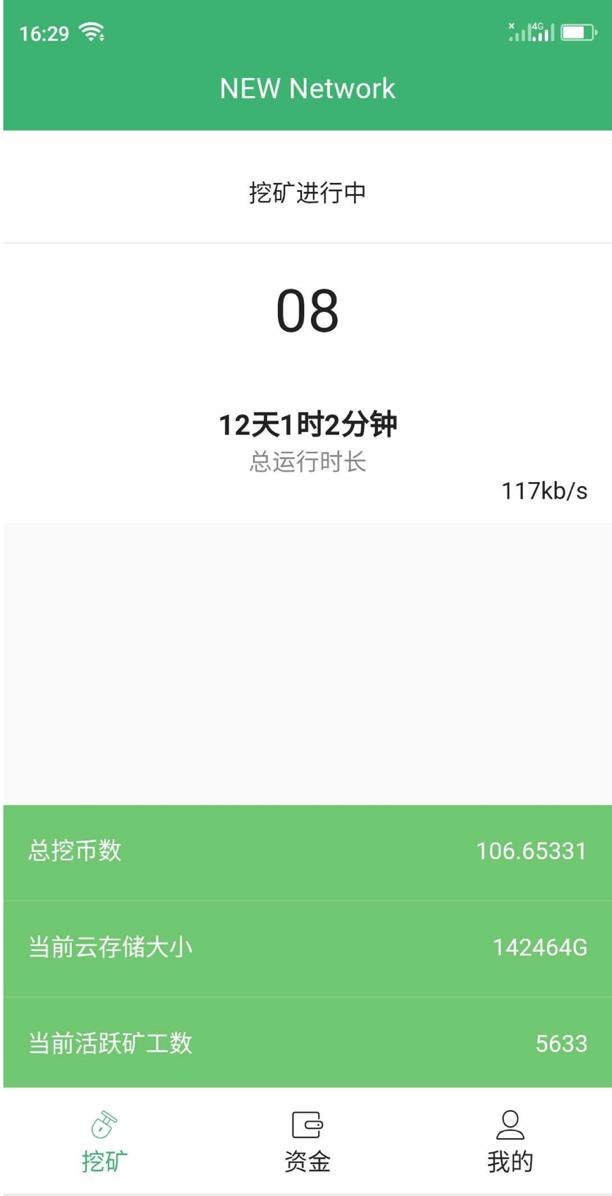