Bitcoin broke the $13,000 mark and reignited the enthusiasm of the mining market, but it also triggered a large outage in the mining machine market.

"Our main business is the graphics card mining machine, but at present our mining machine of the official website is in a state of full sale." Panda mining machine founder Guo Weicheng said in an interview with the interchain pulse, this round of market rose, once again Users involved in mining have brought great confidence.

It is not only the panda mining machine that has a tight production capacity, but the bitcoin mining machines of Bitian, Yibang International and Jianan Zhizhi are seriously out of stock. 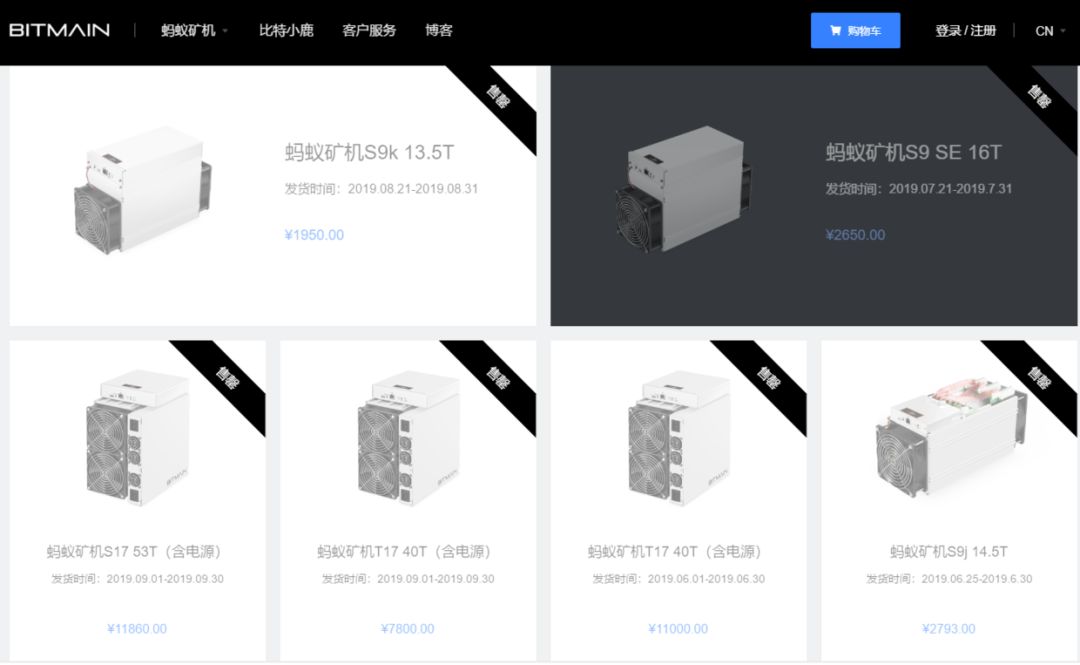 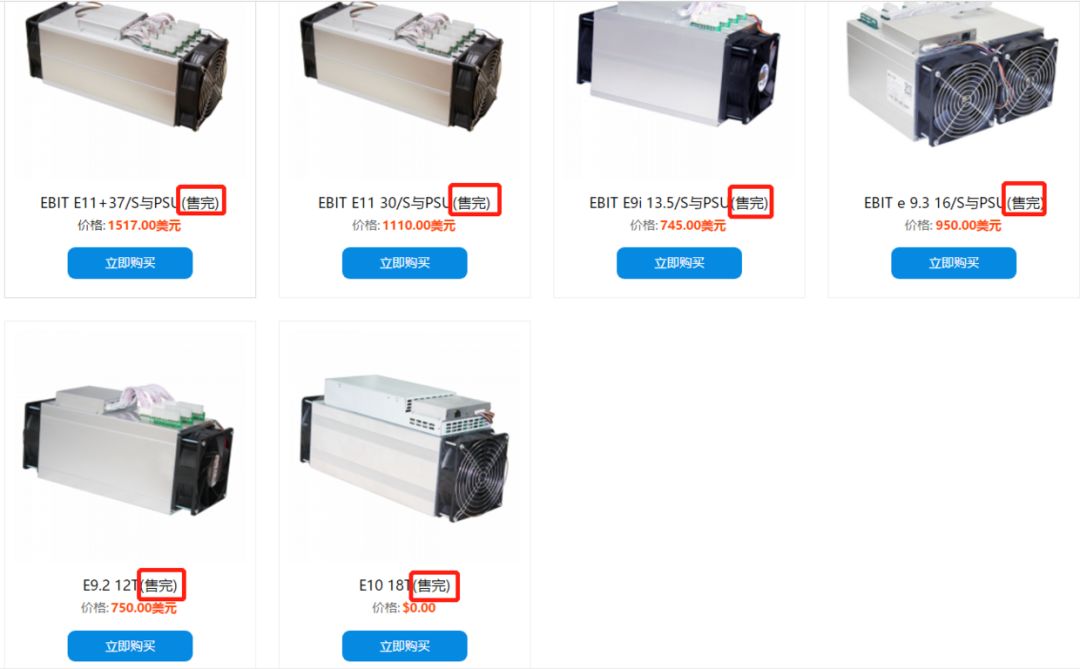 (Yibang International Wingbit Series Mining Machines have been sold out)

In March of this year, most of the miners had not expected that Bitcoin would regain the $10,000 mark from $3,800 in less than three months. At that time, Yibang International even reduced the production of mining machines to 400,000 units in 2019. This goal has shrunk significantly compared with the results of its sales of 309,000 mining machines in half a year.

Nowadays, in the face of the shortage of mining machines brought about by the sharp rise of Bitcoin, the limited-capacity mining machine manufacturers can only hope to sigh.

Mutual chain pulse statistics found that as of June 27, the highest point of bitcoin price has approached the $14,000 mark, which was 30.58% in the past seven days, and the increase in the past three months was as high as 200%. This has reduced the average return on investment for miners from 120-280 days two months ago to about 60-150 days.

Steven Mosher, head of global sales and marketing at Jianan Zhizhi, revealed to the media that the current inventory of the mining industry is declining, while demand is constantly rising. The current situation seems to return to the third quarter of 2017 and the fourth. In the quarter, the market demand for mining machines at that time was three times the supply.

Steven Mosher also revealed that due to the surge in interest in mass purchases by major customers, the earliest delivery time of the new miners of Jianan Zhizhi has been scheduled for October. Even the latest ant mining machine S9 SE and ant mining machine S9k in Bitland have been delayed until August.

"Insufficient supply of upstream chips is the key reason for the tight production capacity of mining machines. The chip manufacturing companies such as Samsung and TSMC are subject to political factors. The share of the cryptocurrency mining capacity that originally occupied part of the share was squeezed away." Guo Weicheng said that from the mining machine At the beginning of the manufacturing source chip of the supply chain, there has been a shortage of production supply.

Yang Zuxing, the founder of Shenma Mining Machinery, also pointed out that one of the important reasons for the shortage of mining capacity is that the supply of chips available from upstream suppliers is limited.

Therefore, even if miners want to expand production capacity on a large scale, they have to face the shortage of chip supply. Even if the mining machine manufacturers are now expanding their production, it will take several months for the chip makers such as TSMC and Samsung to take orders and deliver the chips. It is still unclear how the cryptocurrency market will move. After all, the current bitcoin trend is still facing callback pressure.

The supply of mining machines is insufficient, and the price has risen, and everything seems to have returned to the seller's market.

"Just received 150 second-hand ants S914T, the recycling price of 1900 yuan / Taiwan, more than two thousand sold out, cleaned up and immediately packaged and shipped, very tight." Shenzhen Huaqiang North a mine machine sales Li Na to the chain The pulse indicates, but the recycling of used miners also depends on the quantity, the quantity is too small, and the price is naturally low.

The price of the first-hand mining machine, which is out of stock, has doubled.

Mutual chain pulse review found that the official price of the ant mining machine S9k13.5T was only 1950 yuan/set on the official website of Bitcoin, but the display was sold out.

"The ant mining machine S9k13.5T spot 3900 yuan, paying the deposit, the futures are cheaper, but it will not be shipped until the end of August." Shenzhen Huaqiang North mining machine sales Li Na said to the chain pulse, the recent price hike, The spot mining machine is quite popular, the price is doubled and the shot is very fast.

"To buy it quickly, it is not expensive, it is out of stock immediately." Another strong sales machine in Huaqiang North, Miss Hu also said to the chain pulse that the two models of the ants S9SE and S9K have just been released. Soon, the shortage of goods on the market is very powerful.

In her view, as long as the currency price can be maintained at more than 10,000 US dollars, Huaqiang North's "mine mining business" will soon be hot again, at least the sale of second-hand mining machines is not a problem.

"Don't look at Bitcoin. They say that they want to make big calculations. They don't ship so fast. Even if the production capacity keeps up, they will first put them in their mines. The good things are not the first. ". Li Na, who is also optimistic about the second-hand market of the mining machine, told the inter-chain pulse that the inventory of the entire mining machine market is so much. As long as the bitcoin does not burst, the market demand will become larger and larger, and the mining machine market will not be a business.

Xiao Lei: Gold and bitcoin prices may rise in the future, and the relationship with specific investment returns is not so simple.

Venture Capital Fund Pantera Capital CEO: Libra will have a huge positive impact on cryptocurrencies such as Bitcoin

Blockstream founder: In terms of marketing, TRON does better but Ethereum does it earlier 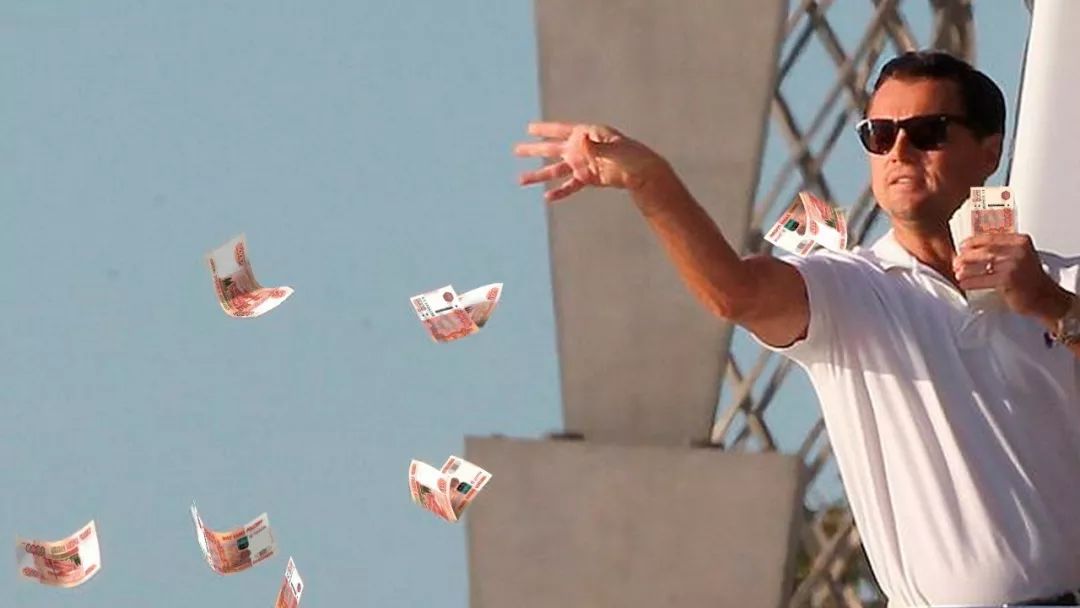