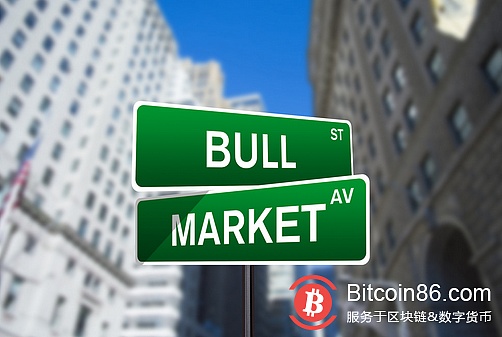 LightCrypto said that China's demand for cryptocurrencies is recovering and rising. After more than a year of relative calm in the market, this trend is taking shape, and people can't help but think of the time when the trading volume in the Chinese market dominates the entire trading market.

What is happening behind this sudden risk appetite? The Hang Seng Index has risen by 20% since the end of 2018, while the leveraged trading volume has nearly doubled from December last year. The Shanghai Stock Exchange A-Share Index, which is more representative of the Chinese mainland market, has risen from 2555.84 points in January this year. It once broke through 3444.44 points, an increase of more than 30%.

It should be noted that, unlike the US stock market, the Chinese stock market is more centered on retail investors. The so-called “big aunt” market emphasizes the reflexiveness of prices (the self-enhancing effect of market sentiment). We may now have gotten out of the huge destructive price effects generated by China’s forced deleveraging, and the stock market has begun to emerge from the “bear market”.

For a variety of reasons, especially volatility and offshore functions, cryptocurrencies are full of imagination for many Chinese investors. At the end of 2016, more than 90% of the Bitcoin trading volume came from the RMB trading pair. Since China reorganized cryptocurrency transactions in 2016 and 2017, this figure has fallen below 1%. Investors have turned to the OTC market to fill this gap, and cryptocurrencies have once again gained a premium (about 5% today).

BitCNY is a stable currency in the Bitshares network and is used by Chinese investors as a legal currency entry. The 24-hour volume is nearly 10 times the two-month low. In the OTC market of the stable USDT, the lowest offer of 1USDT reached 7 RMB, and the official exchange rate of 1 US dollar was about 6.7 RMB, and the premium reached 4.48%, which also reflected the huge purchase demand for cryptocurrency.

Coin OTC USDT Quote <br /> In the Japanese and Korean markets, we have seen similar undercurrents. Macro trends are taking shape, but it is important to note that retail investors and market-driven traders are an extremely volatile camp. A bit of turmoil can cause panic and cannot be used as a benchmark for whether the market turns bears into cattle. (Babbit Information)

Zhang Zhijun: If the central bank's digital currency can protect privacy, it will become the first choice for many people in small payments.

Data: Bitcoin and other crypto assets earn zero in February