"Teacher, you said my computer, when I don't usually play World of Warcraft, how about running a bitcoin node?" asked the warrior.

"Hey? Why do you have such an idea? This is not quite like the style you used to be."

"I think this is a very cool thing, by the way, you can learn. You think, now that so many coins are the disciples of Bitcoin. Keep a full account of the ancestors bitcoin on your own machine, is it not? Cool?"

“Is there no block reward?”

"Hmm… your thoughts, a little bit…"

Recently, in a community, it was found that someone would run a BTC full node on a home computer without a reward. This situation caused a heated discussion. This kind of behavior is not uncommon, but it is worth pondering. Today, this article will summarize the different views on this matter. Dear readers, see the benevolent, wise see wisdom, and welcome to leave a message after the text.

1. If you don't give money, will someone do it?

In the eyes of most people, especially large block advocates, Bitcoin is a “distributed ledger with economic incentives”. The core motivation for competing billing rights is to get financial rewards (block rewards + transactions). fee).

As Adam Smith said in the "The Wealth of Nations": "We can't get dinner by the good deeds of the butchers, beer merchants or bakers, but because they value their own interests." There is an old saying in China: "There is no benefit, no early." As a result, it is natural to come to a conclusion that in the current ASIC mining machine power is far more than tens of thousands of times of ordinary computers, ordinary household machines run all nodes, it is impossible to win even a trace of mining opportunities. If you can't dig out the "mine", there will be no rewards, and no one will do it without economic interests.

You still don't say, there are people who use the ordinary home machine to run the whole node, and the number is still quite a lot!

According to data from June 2019, the active address of Bitcoin is around 1 million.

And the number of full nodes? There are also about 10,000, which is almost 1% of the active address. 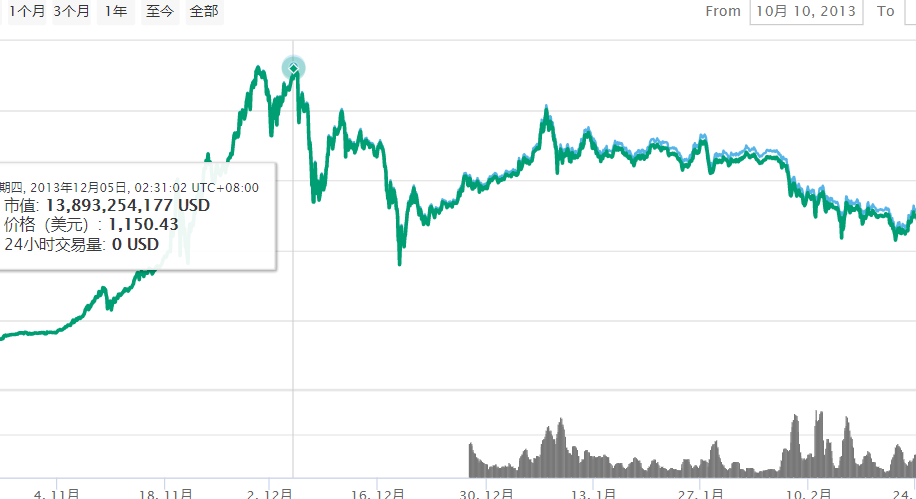 As we all know, the current BTC computing power is controlled by several mining pools. That is to say, there are more than half of the total nodes in the early 10,000s, just pure, only the entire node of the book. These people are wasting their hard disk space and consuming electricity. What about the map?

2. Motivation? Holding the book itself, it is a weapon

A practitioner who "runs the whole node with a common home machine" puts forward a theory: "Bitcoin is essentially a global book, the BTC holder is the owner of this book, and the miner is only the worker hired by the owner to keep accounts. How can the power be transferred to the workers? The books should be kept by the owner himself. If you keep the full account, the miners can't turn the sky. Because of the high cost, the block is needed. Because the block is small, BTC can now be ordinary. Computers, even mobile phones, run full nodes. Ordinary people run all the nodes. They keep their books for themselves. Is there any cost? Would you not be willing to pay? You have more gold in your house, and you have to fix a vault. You said this is not the case. Ricci?"

Of course, you may think of a question, that is: do these ordinary users who run the whole node have the right to speak? When the miners want to do evil, or fork, how do these "all nodes" stop? How do they express their consent or not? After all, there is no power, and it is equivalent to no voting rights.

The solution is also very simple, let the "bad miners" freely fork to the new chain to play, these "all nodes" continue to run the original chain. Bitcoin has always given people the right to fork, isn't BCH so forked in the past?

3, the bottom of the core concept: the gods fight, mortals do not suffer

Bitcoin is not running on all nodes, and it can be run. It is a different matter. If you can run, someone will run it, for example, the whole node of the whole network is nearly 10,000; and certainly not everyone will run, not even will not run, just as the number of full nodes is only relative to the active address. 1%.

Under the concept of community block, the charm of decentralization is here. You have to do evil, to attack, to fork a chain out, but as long as there are enough honest individual nodes, you can have a high probability to ensure that the original chain consensus and price exceed the fork chain. Of course, the price is determined by the market, and the market thinks which is better, which is better. From the current point of view, adhering to the fast-paced BTC, after experiencing so many forks in 2017, there has not been any substantial threat to price and consensus.

Another important reason for opposing large blocks is based on this. Under the block, individuals can choose to disagree with the battle of the mine, and the gods will fight, and the mortal will not suffer. Miners or development teams have to fight or do evil, and they can freely fork out a chain. However, under the large block, ordinary users do not have this right. When individual users are unable to run the whole node, they also block their right to fork. One of the core characteristics of Bitcoin is “allow for fork”.

A whole node that does not come out of the block, may be just a mirror

1. The world needs more than just security, not just efficiency, but a balanced compromise.

In the eyes of many people, it is a safe practice for the miners to keep their full accounts and the miners can't turn the sky.

However, it is like buying a safe for everyone and keeping the money in their own right. In addition to individual rich people, how many people from ordinary people will do this?

The so-called protection, the essence is security, the essence of security is what is the most easily delayed. Safety is a probabilistic problem, and measuring this probability requires a lot of knowledge, not relying on intuition, or even relying on qualitative reasoning, often requiring mathematical calculations and experiments. Putting this question on, the probability of losing the books under large block conditions, and the probability that I have a book but not recognized under the block, which one is big? Instead of believing in feelings, it is better to believe in logical reasoning and economic incentives.

2. If the theory of personal non-blocking full nodes is established, what is the future of the big block?

Well, the problem is coming. Individual users on the BTC, if they can't get out of the block, someone will be willing to take a 5-6 thousand PC to run a full node. Then, on BCH/BSV, will anyone be willing to run 2-3 million 攒 one server?

Can it be said that the dispute between the block and the big block, to the final core point, lies only in the gap between 5-6 thousand and 2-3 million costs? This seems… a little bit unreasonable?

There are three factors that have to be considered.

First, under the protection of the current BTC with 10,000 individual nodes, whether it is someone who spends 10,000 PCs or hackers controls 10,000 zombies (the current number of zombie hosts in the whole network exceeds one million). It is easy to exceed the honest whole node in the number of such "non-mining personal full nodes". By then, the role of honesty and full nodes will be greatly weakened.

Second, in the case of “miners collusion”, the fork event discussed earlier occurred. If most of the calculations went to the new chain, the old chain had almost no power (or some of them were only the CPU of the whole node). Calculating power), at the same time, the mine will divide the ASIC to attack the old chain and ensure that the old chain can't be traded. Then, what about the old chain, or the so-called original chain? It seems that you can only change the algorithm… And once you change the algorithm, you want to maintain the highest price and consensus, I am afraid it is not so easy.

The third is the next decade. It is about 10 years of what BTC and the blockchain can do. It is about whether BTC can safely make an "electronic gold" in the end, and it is still not good for 10 years. In the current situation where almost all chains are useless and can only be transferred to each other, the original BTC consensus is the easiest to maintain, and the market price is the highest. There is really nothing wrong with it. The debate between this block and the big block needs to wait until the BTC is not good enough. The block rewards will be halved again twice. When the TX (transfer) on the BCH or BSV chain is taken off a lot, it will be discussed again. significance.

Do not believe, ask yourself, you may know "mining, bonus, public key private key, double flower…", also the expansion of BCH and BSV and the history of the fork, but you can tell others clearly :

No. 265: After you understand the meaning of the whole node without the block, will you take the time to build it? why? Feel free to share your opinion in the message area.

『Declaration: This article is the author's independent point of view, does not represent the vernacular blockchain position, and does not constitute any investment advice or advice. 』

Central Bank: 2020 will continue to steadily advance the development of fiat digital currencies