Libra is still in its early stages, and it may not be possible to see some inspiring things in the next few months.

Facebook has released the Libra white paper on cryptocurrency for the past two weeks. As an open source project, Libra's source code has also been released on the well-known open source community and code hosting library Github. Although the code was not released for a long time, the popularity of social networking giant Facebook has attracted the attention of a large number of encrypted community commentators and programmers.

The Libra cryptocurrency is currently governed by the Libra Association and is an independent organization that has been spun off from Facebook. As of now, the Libra project on Github has been “saved” or “starred” by nearly 10,000 users, and represents an early stage open source participant's interest in the project. In addition, more than 1,000 Libra code clone libraries have been created on Github so far, allowing programmers and "quasi-programmers" to sit down and study Libra's code.

In fact, some programmers who have used Libra code have found that they have borrowed from many other cryptocurrency (such as Bitcoin) systems, such as open network access for block certifiers. More importantly, programmers who discovered this cryptocurrency project from Libra source code did not seem to be "serious" as one might think.

Mikko Ohtamaa created a clone project called "Libra Classic". He said that Facebook's Libra source code posted on Github may be just a "bait", just to see the community's reaction.

"So far, programmers haven't submitted real code flaws on Github for Libra projects. The main problems they've found so far are either code builds or some code misspellings. Of course, some critics point out Libra is not a decentralized solution."

In order to support this latest global financial payment system, the Libra cryptocurrency will be commissioned by a team of 28 founding members to verify transactions and add new blocks – at least initially. Of course, Facebook also expressed the hope that as the Libra network continues to expand over time, the future will become more "decentralized."

However, the encryption community does not buy this kind of rhetoric about Facebook.

In contrast, the original Bitcoin network is also designed as a global financial payment system, but it allows any individual with computing resources to participate in the creation, broadcasting of trading blocks, and can obtain blocks in the process. Reward, bitcoin.

Because of this, some opinion leaders in the cryptocurrency industry directly criticized the Libra blockchain's licensing structure, and in addition to social media, they also dig deep into every detail of Libra code on Github.

On GitHub, any user with read access to the code repository can create problems and pull requests. (Starjun o-daily Note: Pull request is to ask someone to pull their own code base, if the programmer finds a problem with a code, you can git clone the original library on your own machine, switch fork (fork), and code Make some changes. After you finish, you can start Compare & pull request, add some comments and confirm the submission. If the original library author sees your update and confirms it, it will integrate your code into your own project, if the original library The author believes that your update has a problem and can reject the code update.)

Over the past four days, the Libra codebase has flagged approximately 160 issues, of which more than 100 have been closed by authenticated codebase users, some of which are also marked as "off topic." Although only half of these issues are pull requests, they reinforce a ubiquitous sentiment in the cryptocurrency community that Facebook Libra's licensed blockchain protocol is inherently flawed.

"I found a shocking loophole, but fortunately there is a very simple solution… this problem can be easily solved by using an exempt system, because in this system, power It is scattered among many participants."

However, the pull request for "gazhayes" has been closed by the Libra GitHub official administrator on Wednesday (June 26), which has caused complaints and dissatisfaction from the programmer community members because they all believe that "gazhayes" submitted The pull request is a legal comment.

"The 83rd pull request by gazhayes has indeed been locked, which indicates that the administrator of the Libra source code is not open to programmers with different opinions and experiences."

For the “protest” of the programmer community, Ben Maurer, technical director of Calibra, who is building a wallet application for the Libra blockchain, explains:

“We realized that Libra is a transformative job and needs a community around it that supports it. But some remarks require all moderation, because a discourse that deviates from the subject is definitely not a productive dialogue. No. 83 pull request Substantial content, and will take up audit resources."

Mikko Ohtamaa, founder of the Libra Classic project, seems to agree with Ben Maurer's statement, and also points out that GitHub's open source collaboration on the Libra project remains to be seen, he said:

"People just hate Facebook, so they pick up the problem on the GitHub code repository. Now all the problems are not objective discussions, but some programmers are expressing their feelings of hating Facebook."

However, Mikko Ohtamaa believes that as time goes by and the code is further regulated, more programmers can fully understand how the Libra network works, and Facebook's sentiment will be somewhat relieved, he added:

“From now on, all Libra development work is open and transparent, and it will be done in public. The Libra source code on Github is basically a code dump, but now Facebook… wants other Everyone understands that they also have a high reputation for open source projects."

Even so, if there are still many unresolved issues from multiple perspectives, these issues will also affect Facebook's ambitious cryptocurrency project. Jameson Lopp, chief technology officer of encryption security startup Casa, said that there is still a lot of information about the Libra development language Move, and he further explained:

"There is a big problem here. If you are not a certifier, you can also run the nodes that download all the ledger status and check them. Another question is whether Libra's so-called copy node operation mode can also download the certifier. The created block."

For questions about the next step in the Libra open source project, Facebook Communications Manager Alexandru Voica said:

“One specific thing we can share now is that Facebook plans to add a new command-line interface to the Move language so that developers can use the Move language more easily in their own development environment.”

Aron van Ammers, CTO and co-founder of Outlier Ventures, believes that Facebook's cryptocurrency project is now in its early stages and may not allow people to see some inspiring things in the next few months. Aron van Ammers concludes by saying:

“It’s still a bit early to comment on Libra. No one has ever looked at and analyzed the Libra, Calibra and Facebook teams from an external perspective, but it takes time to launch such a big project.”

This article comes from Coindesk , the original author: Christine Kim

The chief economist of ING: The central currency era is coming soon 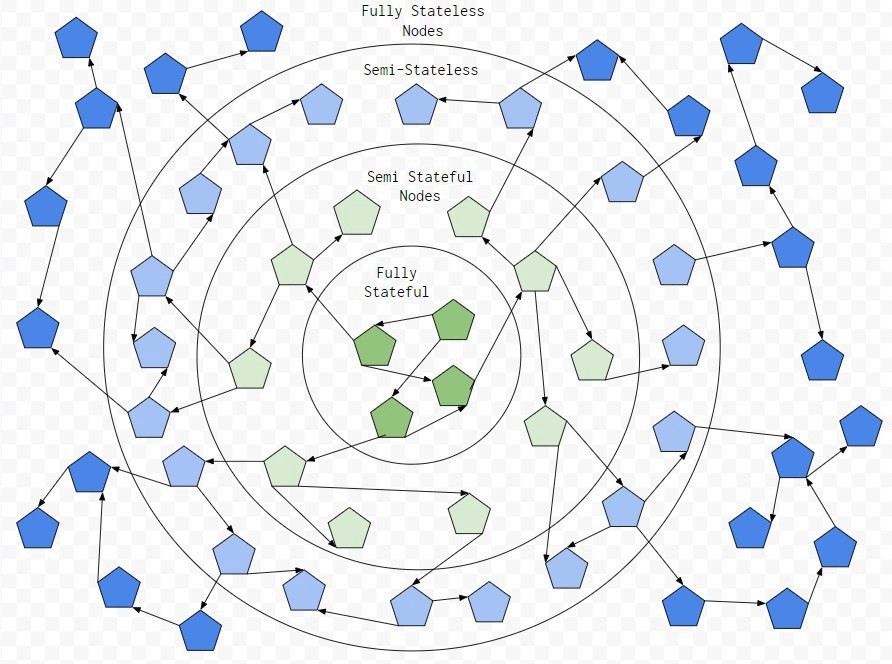