From the earliest decentralized exchanges in the EOS ecosystem, it has grown and steadily occupied the top spot of EOS DEX. Newdex is affectionately known as "the egg" by the "egg powder", but it has always been used because it does not use smart contracts to match orders. Suffering from the "false decentralization" question. After a comprehensive audit of the two security agencies, Slow Mist Technology and Shield, on July 1st, Newdex released a long-term “big move” and officially announced the deployment of “chain-to-chain” smart contracts. The transaction process is completely on the chain, and Newdex uses the strength to play "fake" and uses the most decentralized products to break the "fake decentralization" question.

In fact, for a decentralized exchange, the most important point of decentralization is the transparency of transactions and assets, without touching the user's private key . Before the pending order, the user's assets are guarded by the wallet. After the transaction is successful, there is no need to withdraw cash, and the bank account is directly sent to the wallet. The entire transaction process does not need to be replenished, and the private key is controlled by the user. At the same time, the information of each transaction of the user is recorded on the EOS public chain, and the whole process is safe and transparent. This is the real decentralization.

In fact, Newdex has fully implemented the concept of “the exchange does not touch the user's private key” before launching the “chain-in-match and settlement” smart contract; and, in addition to the integration, the rest of the transaction links and corresponding orders Information is recorded on the chain. Although it is not the most decentralized, it is definitely a qualified decentralized exchange.

In the face of the missing links on the chain, how can Newdex, which has always adhered to the “most decentralized” path, be indifferent?

In fact, the chain of smart contracts has long been within Newdex's plan, and it also took a lot of time to develop and test. Then why is the smart contract still a bit "slow late"? The answer is security .

The Newdex team believes that smart contracts can be deployed in an open state, vulnerable to attack, and deployed only after security is ensured. This also explains why Newdex has been using the chain underneath, and it is still not easy to deploy the smart contract in the chain after many doubts.

In order to ensure safety, Newdex cooperates with well-known security agencies in the two industries of Slow Mist Technology and Send Shield to conduct comprehensive security audit and attack and defense testing on the design logic, authority control and system architecture of smart contracts. After the smart contract is deployed, it will first be tested on a trading pair with a small transaction volume. After the actual inspection is successful, it will be fully rolled out.

The deployment of smart contracts complements Newdex's final shortcoming to complete decentralization. After the chain is realized, each asset transaction is completed on the chain and can be checked in real time. That is, the entire transaction process from the user's pending order, order matching, and asset settlement is all operating on the EOS chain. "Even if Newdex's webpage cannot be logged in, it will not affect the normal operation of the transaction."

At the same time, Newdex will set up a multi-signing mechanism as soon as possible. Any modification of the smart contract requires multiple super-nodes to agree to execute. Newdex has no right to unilaterally modify the smart contract . At this moment, who can justifiably accuse Newdex of being "fake" decentralized?

“The risk of assets caused by opacity on the centralized exchange has no longer existed on Newdex. Under the ultimate transparency, Newdex will not have the problem of exchange brushing, and use real data to help users make more accurate investment judgments. At the same time, compared to the centralized management of centralized management of user assets, in decentralized exchanges such as Newdex, assets are scattered in the user's own wallet, and the cost and technical requirements for theft are higher for hackers."

Why is Newdex always the first from the earliest to the biggest?

Dappradar's data shows that on June 28, Newdex ranked first in EOS's decentralized exchange, with a 24-hour trading volume of $1.2 million, about twice the second place, and a seven-day transaction volume of $8.4 million. More than twice the second place. From the beginning of August last year to the present, Newdex is actually less than one year old, starting from the earliest, but always staying the biggest, what is the secret of Newdex.

At the beginning, the track selection problem. In fact, most of the DEX on the market was built on Ethereum before the EOS main network was launched. Newdex said, "After seeing the EOS white paper in early 2018, it decided to all in EOS" and then became the first EOS DEX. The first consideration in this is the performance issue. Ethereum's TPS is only a few dozen, and a hot Dapp can make the entire Ethereum network congested. In contrast, the millions of TPS that EOS mentioned in the white paper are very attractive, and thousands of TPS in practice are enough to meet the needs of DEX's chain. Based on this, Newdex boldly launched a smart contract on the chain , so that " users can't perceive us in the chain when we use it. "

Secondly, since every step of the Ethereum needs to consume gas, even if the user withdraws the order at DEX, he still has to charge a fee. EOS is more friendly to C-side users, just need to mortgage the CPU, RAM and other resources to experience Dapp.

The superior performance of the EOS public chain and a more user-friendly experience are also the competitive advantages of Newdex over other public chain DEX.

In horizontal comparison, Newdex believes that they have a greater first-mover advantage than competitors within the EOS ecosystem. First of all, as a pioneer of the EOS ecosystem, Newdex did not choose to launch a fierce battle with the wallet in traffic robbing. Instead, Newdex opens up a new portrait with the wallet – sharing users. “The wallet holds the traffic portal, and Newdex acts as an exchange for the wallet to provide transaction depth. The two sides cooperate with each other to share traffic.”

At present, Newdex has access to the most EOS wallets, a total of 26, basically covering the EOS eco wallet . Newdex introduced:

"We can find our Newdex in the familiar TokenPocket, MEET.ONE, Bitt, imToken, Firecoin Wallet, and Wheat Wallet. It can be said that there is no threshold."

Another is the user stickiness . On the EOS main online line, Newdex was the first decentralized exchange to go online. After users got a lot of airdrop candy, they went to Newdex to trade. The first-mover advantage and excellent user experience have attracted Newdex's traffic to the first batch of users, and users have become accustomed to trading on Newdex, and gradually formed a network effect. At the same time, Newdex continues to launch new trading pairs. Currently, it has the most trading pairs, with more than 200 trading pairs. It provides users with sufficient choices and also allows users to leave Newdex, making Newdex a gathering place for EOS currency transactions.

In addition, Newdex has been improving the user experience. Since the deployment of smart contracts has made Newdex's transparency even more extreme, all the trading information will inevitably make some users feel "overexposed". To this end, Newdex's online membership function, you can enjoy the transaction anonymous function by mortgage NDX (Newdex issuance certificate). At the same time, member users also enjoy the privileges of discounts, transaction reminders, etc., and can receive airdrop candy every week.

It is worth mentioning that the team's low profile may also be one of Newdex's first secrets. Newdex said, "The team keeps a low profile mainly to focus more on the product itself and to talk with the product." It turns out that focusing on products is not a false statement. However, the team's anonymity is inevitably "black", and some netizens even questioned Newdex in the currency. However, as an exchange that has received financing, Newdex has successfully obtained a large number of users and is smoothly profitable through the handling fee. What motivation is there to run? On the occasion of the EOS public chain Dapp explosion in November last year, Newdex's single-day trading volume once reached an astonishing 2.25 million EOS, with a value of more than 56 million yuan.

Adhere to the decentralized style of play, Newdex is not only the first in front of the eyes

Backed by EOS, holding the first-mover advantage, Newdex has always insisted on decentralized play, constantly strengthening his position, the first title is very strong. After deploying the "chain-in-match and settlement" smart contract to achieve complete decentralization, Newdex is not only at the forefront, but is still making breakthroughs, and has already turned its attention to DEX and even EOS.

One direction is the hot DeFi this year. Not long ago, Newdex launched the world's first decentralized staking pool Newpos without the need to transfer coins. Many users called it the “EOS Ecology Balance Po”.

Newpos continues the insistence of Newdex “Do not touch the user's assets”. The user only needs to entrust, and does not need to transfer the money to the mining pool to get the staking income; the currency is always on the user's account, realizing the real “0” risk . Less than three days on the line, Newpos's total mining volume exceeded 5 million EOS, equivalent to RMB 200 million. On June 30th, Newdex officially became the super node of the EOS public chain with 133 million votes, ranking 14th, adding a trust and guarantee to users.

The other direction is multi-chain trading. Newdex believes that Newdex has been solved in terms of user experience and transaction depth. The biggest problem with DEX is that it can't really achieve decentralized cross-chain transactions . "If we can't realize the BTC and ETH transactions, we can only limit it to the EOS ecosystem, which can't meet the mainstream needs of users." But the current technology can't support asset cross-chain well. Newdex emphasizes:

“If there is still a centralization link that needs to be replenished in the cross-chain transaction process, we will definitely not do it.”

Recently, the currency security recently launched the BTCB anchoring BTC, which is the stable currency of BTC, on the currency chain, bringing new ideas to cross-chain transactions. Newdex recognizes this approach very well:

“Coin An hopes to complete the trading of various mainstream currencies in the chain, but does not want to use the intermediate server to match. In fact, this is a compromise method of the currency security. This is also a method and idea for the decentralized exchange. If the time is ripe in the future, we will also learn from this approach."

At present, Newdex chooses to support multiple chains first, and then consider cross-chaining in the future. At present, Newdex is already promoting various preparatory work, and hopes to successfully copy the current model into the wave field by virtue of the successful exploration in the EOS ecosystem .

When it comes to Newdex's vision and goals, the Newdex team is filled with the desire to decentralize the market, hoping to make Newdex a Cosmos in the decentralized exchange world, with a Newdex on every public chain .

“Opening a new era of decentralized trading is our biggest vision.” – Newdex 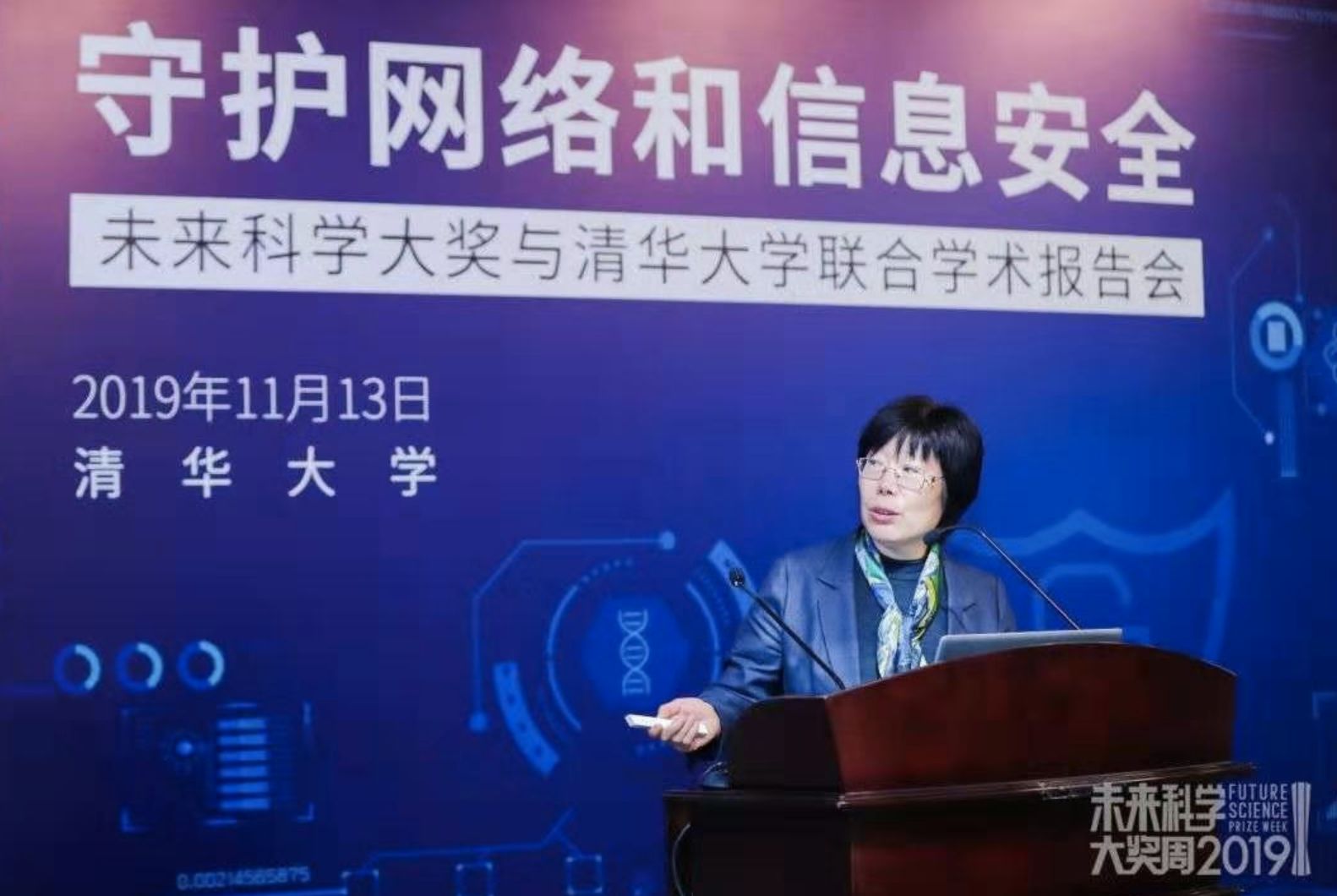