If you can talk about demand and supply, parrots can also become economists.

I believe that most people who read this article think that blockchain technology is one of the most important information technologies like big data and cloud computing. Let us look back at the development of cloud computing. At the beginning of the idea of ​​cloud computing, people also think that there is no cloud. Our data center is very good, and large organizations are mostly on the sidelines (the demand side lacks flexibility in the short term), but nowadays it is financial institutions or government, universities, data. The construction of the center is inseparable from cloud computing. The high availability, low cost and high resource utilization brought by it have changed the current data center architecture (the demand side is long-term flexible). I believe that with the gradual deepening of the understanding of blockchain technology on the demand side, the flexibility will gradually increase in the long run.

In 2019, a large amount of demand began to emerge on the demand side.

The lack of flexibility on the demand side will lead to a large number of applications in the short term, but this does not mean that the blockchain technology has no application scenarios. On the contrary, with the rational understanding of blockchain technology and the gradual maturity of technology, the present has emerged. There is a good discussion of how a large number of blockchains can be combined with their own advantageous businesses, but these discussions are mostly in private situations and will not be known to the public.

From the application of the blockchain that has already landed, the top five application scenarios in the financial industry are: letter of credit, supply chain finance, ABS, equity transfer, insurance ; the top five applications in the non-financial industry are: smart government, Certificate traceability, data exchange, logistics / warehouse receipts, invoices . At the same time, the big B-end represented by the government, central enterprises, and large financial institutions is thinking about how to apply blockchain technology, and also has a lot of excellent discussions on the industrial synergy model. Here are three aspects.

The first is a discussion of how data is circulated . For government affairs and central enterprises, the top-level thinking that data needs to be interconnected is very clear, but there is no excellent solution for how to interconnect. In the traditional model, the most primitive means is to open up data silos through two-two interconnections. The most popular way is to build large cloud computing centers through powerful centers such as the government and large state-owned enterprise alliances. The way data is collected is managed in a coordinated manner, but from the practice in recent years, data privacy issues remain the biggest constraint for such data aggregation and sharing. In the traditional mode, data privacy and sharing form an irreconcilable “seesaw”. If you want data sharing, you completely lose privacy, and if you want data privacy, you can't share it at all. Blockchain technology integrates secure multi-party computing, KN secret sharing, proxy re-encryption and other cryptographic methods, and is expected to achieve a relatively peaceful solution between data privacy and data sharing , thus completely solving the sharing and application of data between different topics. problem.

The second is how to conduct business interconnection between peers. Nowadays, most big B-end enterprises are facing the problem of digital transformation. The fundamental reason is that the traditional business model has already encountered the “ceiling”, which leads to the gradual reduction of profits of homogenized enterprises in the fight for shrinking cakes. It is hoped that through digital transformation, we will break through the "ceiling" and make a big industrial cake, and the most important topic in the digital transformation is how to build an " industry Internet ." In practice, we find that scenarios with higher business standards are more likely to reach business consensus among different enterprises, and then generate “industry Internet of Things” based on blockchain. The trade finance system based on blockchain technology actually hopes to A set of " trade finance Internet " is spontaneously constructed among different commercial banks. With blockchain technology as the infrastructure, smart contracts as an inter-agency service bus can gradually meet business standards in a more equi-equal situation, and it is expected to build an "industry Internet" in the industry, and expand and high-yield industrial cakes.

The third is how to build a discussion of industry data standards. The formulation of traditional data standards is mostly through the establishment of industry standards by industry associations and the construction of industry standards by competent authorities to form a unified national standard, but the traditional standard-setting methods have been unable to adapt to the fast-growing digital economy. In the European and American capitalist countries in the early part of the last century, the stock exchanges used the form of manual quotation to complete the transaction, and then appeared in the form of telephone quotation, which eventually developed into the trading system based on the information system, and China. The stock market started late, so it formed a development trend of “not learning to go straight” and directly entered the era of informational trading. Similar to the discussion of data standards, in the digital economy era, relying on the blockchain multi-centered architecture, the data production infrastructure of equal rights is built in the data production parties, and the intelligent contract is used to construct the data structure in line with the business development. With the economic incentive model, the company will quickly iterate and precipitate in the environment of collective efforts, and gradually build a unified data standard in the industry.

The demand side puts higher technical requirements on the supply side

Today, as demand continues to emerge, the supply-side technology output capability has become a bottleneck for large-scale application of blockchain . The technical bottleneck I am talking about here is not the TPS, security and fault tolerance mentioned in 2017-2018, but such as blockchain big data storage, low response time (ART), cross-chain, customized privacy protection, etc. Highly complex technical requirements. Such highly customized requirements, whether it is to transform the underlying technology platform or build a layer 2 protocol (layer 2), require practitioners to have a strong control over the underlying technology, and most "story-telling" companies are almost Can't do this. Regardless of the technical route, a separate article is required to elaborate, and this article will not be discussed for the time being.

The growth of demand side elasticity needs to be supported by the supply side technology output. As the bottom layer technology supplier of the blockchain, we must do a solid technical precipitation on the one hand, and need to fully understand the actual requirements of the demand side on the other hand. Do a good job. 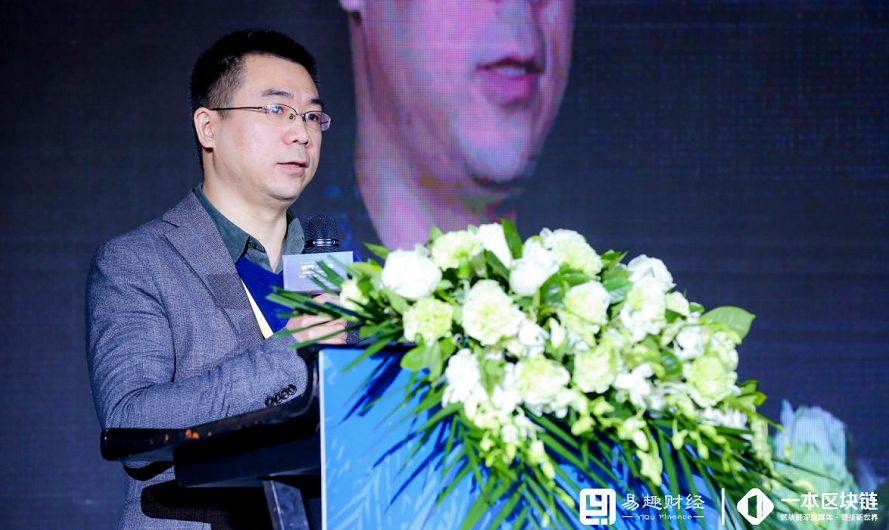 CEO of Circle: The exchange Poloniex transferred the trading business to Bermuda because the SEC can easily identify the encrypted asset as a security