01
What do you think of the big V for the current market?

I am not a financial consultant and you are responsible for your own transactions. In the last round of bull market, bitcoin prices did not fall by more than 40%. 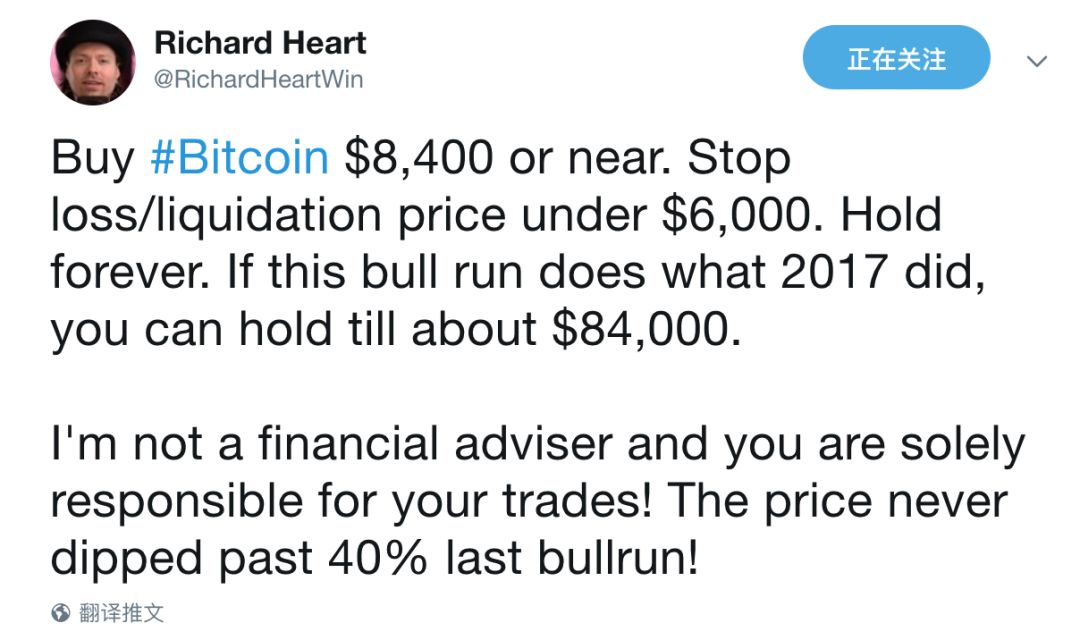 Max Keiser, a well-known American financial commentator, said that the era of the altcoin has ended and the altcoin will disappear because "all money will flow into bitcoin." No, this won't happen. We like you very much, Max, but what you said is wrong. 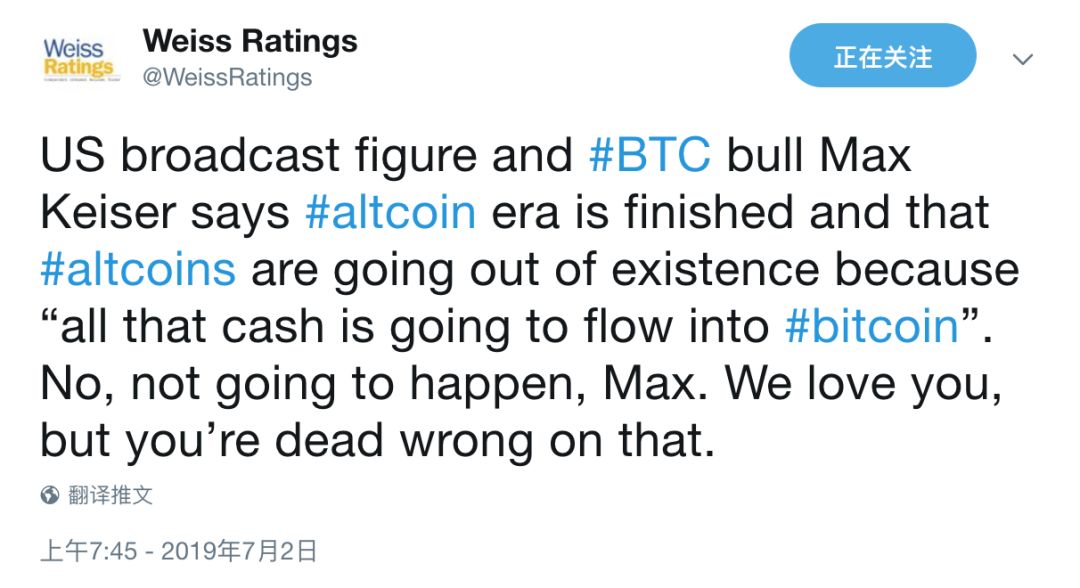 "Everyone puts a little money on Bitcoin in case it skyrockets, but don't exceed the money you can afford to lose." This is a suggestion for those who own Bitcoin and want to sell Bitcoin. Just because you can afford to lose money doesn't mean you should throw it away. (Note: Peter Schiff is a gold lover, not very optimistic about cryptocurrency.) 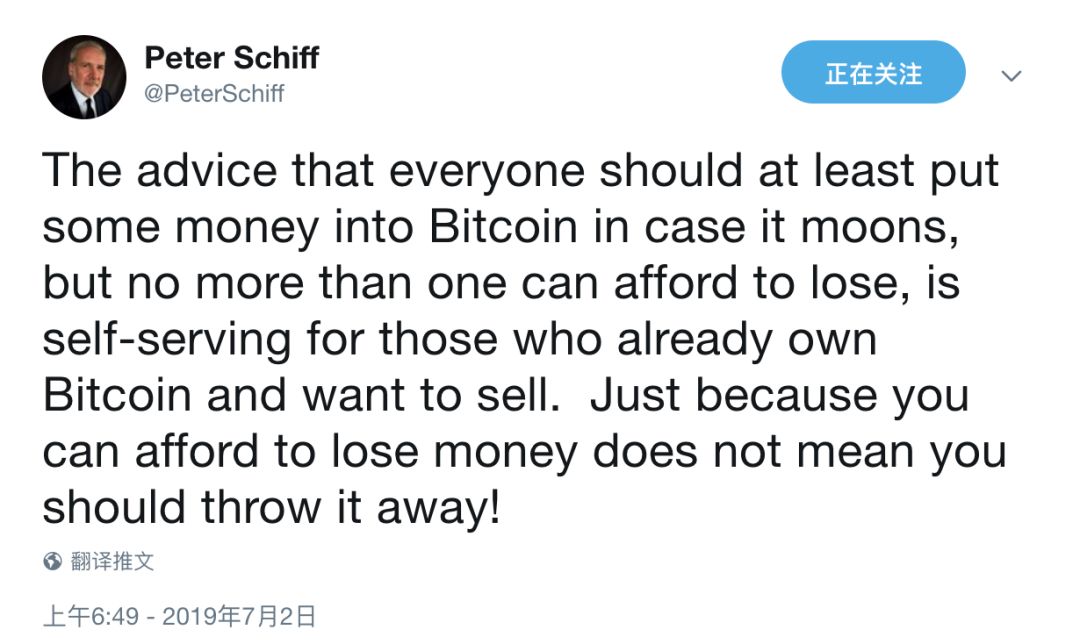 02
Former Ripper executives took over as head of the US dollar, CEO Brad congratulated

Reasons for the reason: BAM Trading Services, the operator of the US dollar, officially announced that former Ripple executive Catherine Coley was the CEO, responsible for the currency security of the United States.

Catherine also said: Thanks to the Ripple team that developed the XRP market and liquidity, thanks to the addition of the currency, the transaction is everywhere. 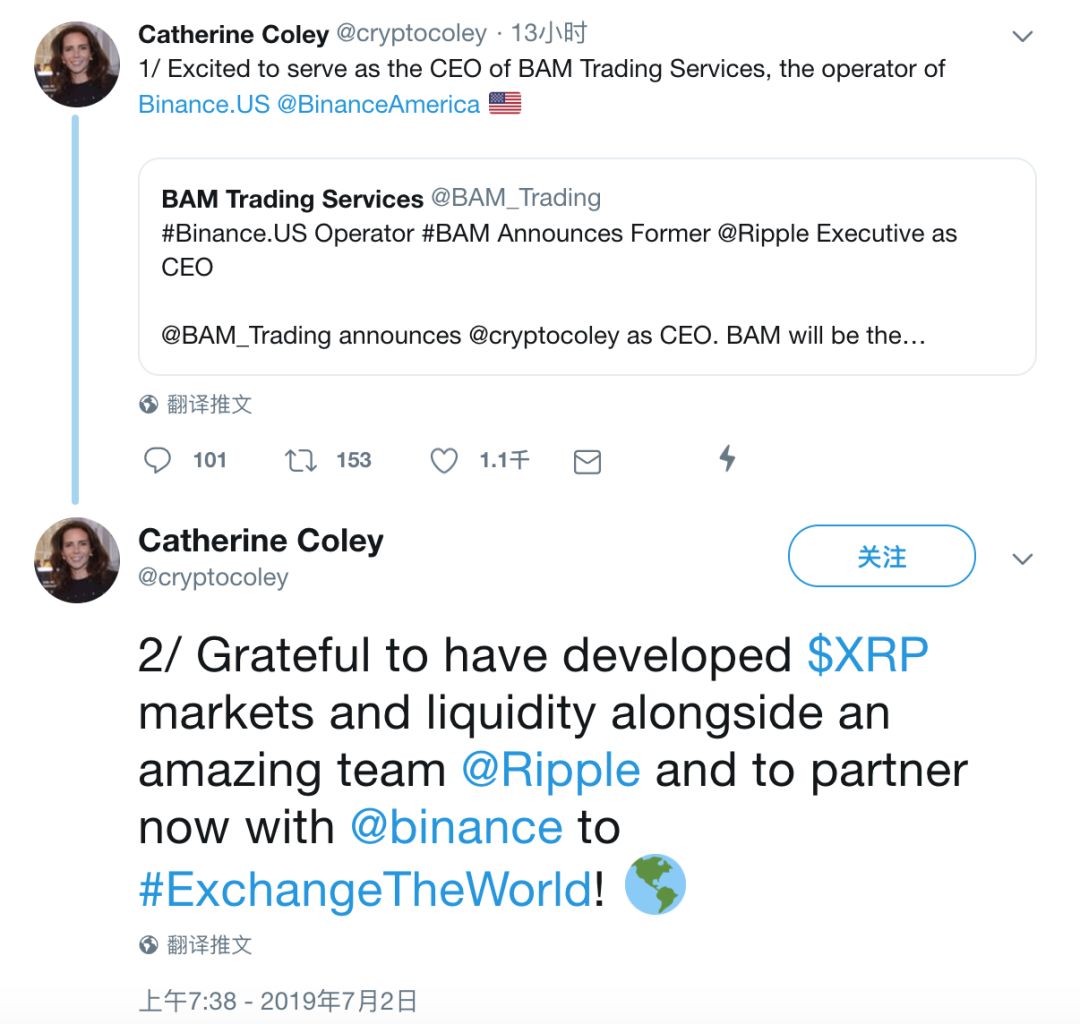 Congratulations to Catherina, the former head of liquidity at Ruibo, as the CEO of BAM, responsible for the currency of the United States. It's great to see outstanding Ricky alumni (like her) go out and influence the broader encryption ecosystem.

Chan Chang, CEO of Changan, retweeted and commented: Brad has never seen or spoken, but we have the same goal. 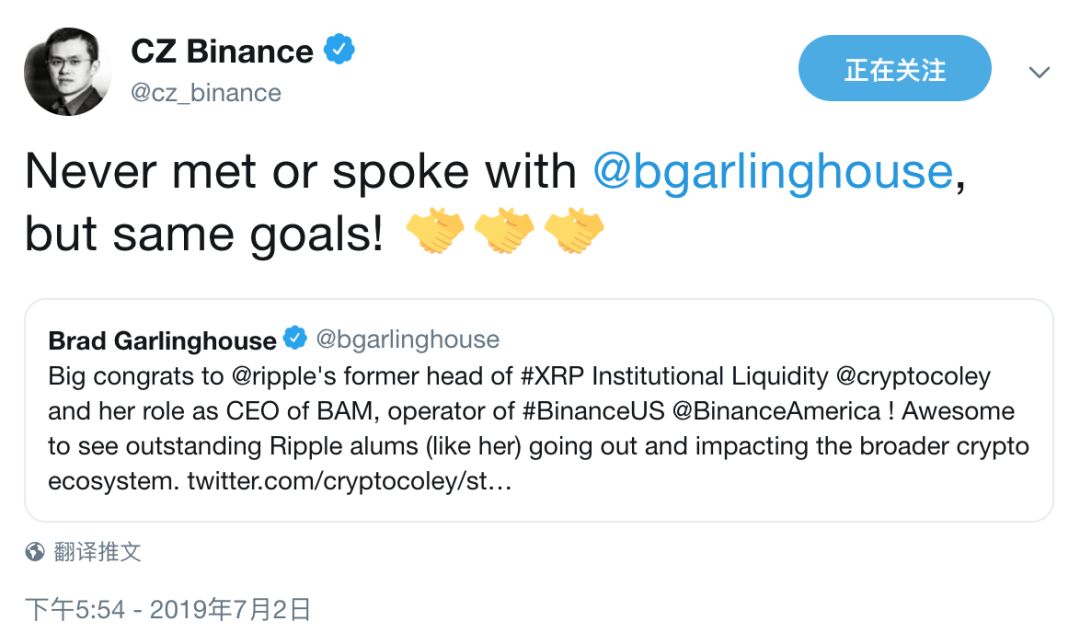 Bitfinex, a well-known cryptocurrency exchange in the United States, said:

Note: Earlier in Bitleyx and the New York State Attorney's Office (NYAG) office, Bitfinex borrowed $700 million from sister company Tether in early 2019 to cover $850 million in vulnerabilities. Because the funds of the Bitfinex payment processor Crypto Capital were seized by authorities in three different countries. If I remember correctly, you have raised $1 billion (referring to Bitfinex's platform currency LEO) to repay Tether's loan.

Is this the last payment, have you settled?

If not, how do you plan to handle the extra money? 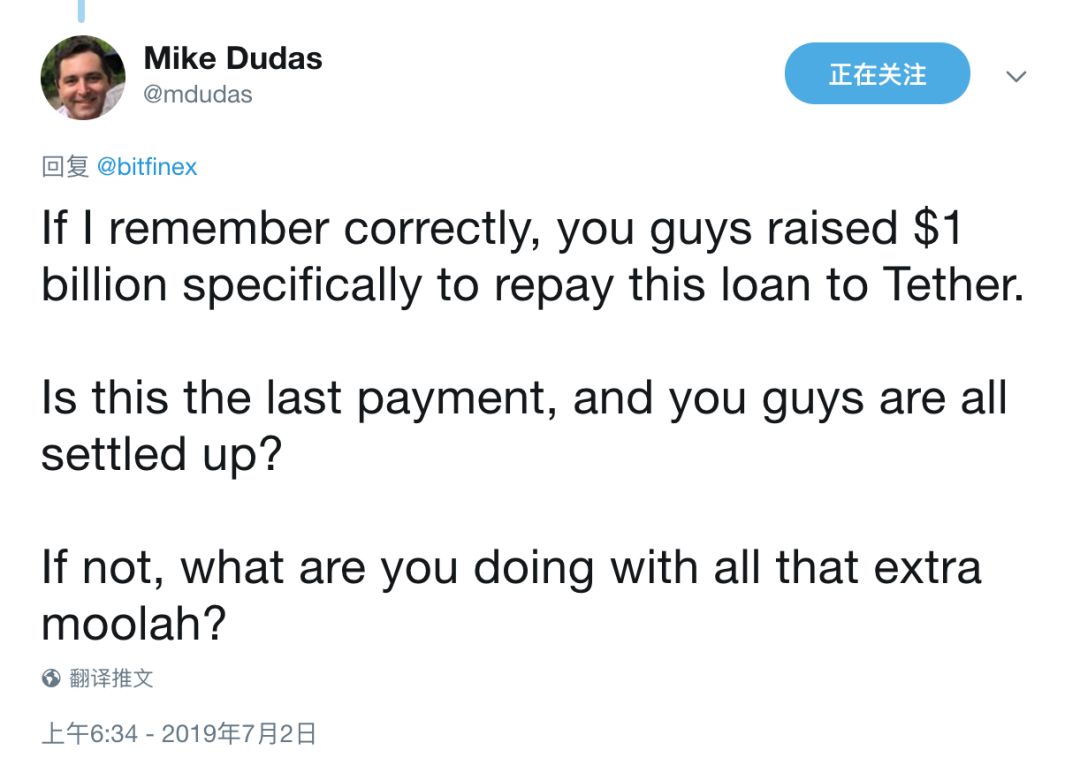 1. The founder of Morgan Creek Pomp : The MPs just sent the letter to Facebook and asked them to officially stop developing the Libra project.

Congress will find that they cannot write to Bitcoin. 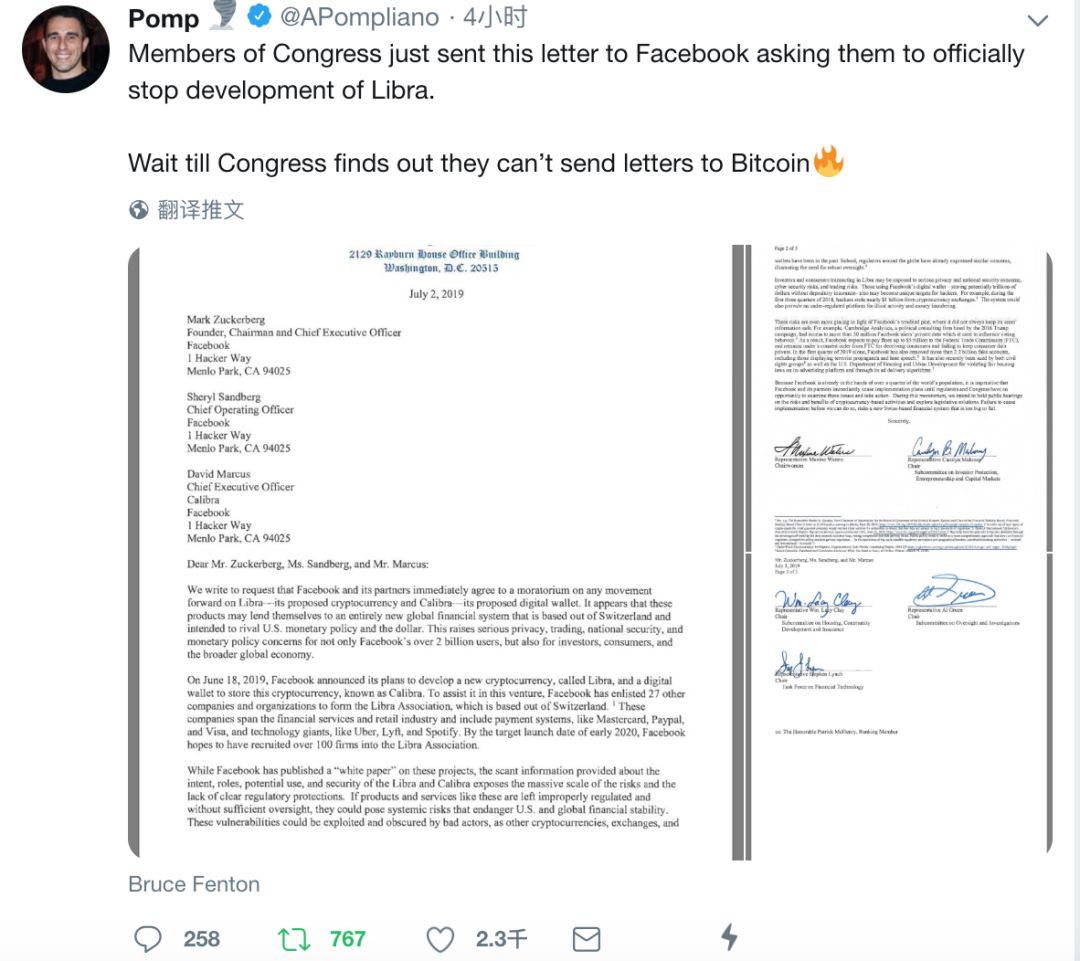 SK, a large Korean conglomerate and the largest telecommunications company, invested $10 million in a crypto fund. 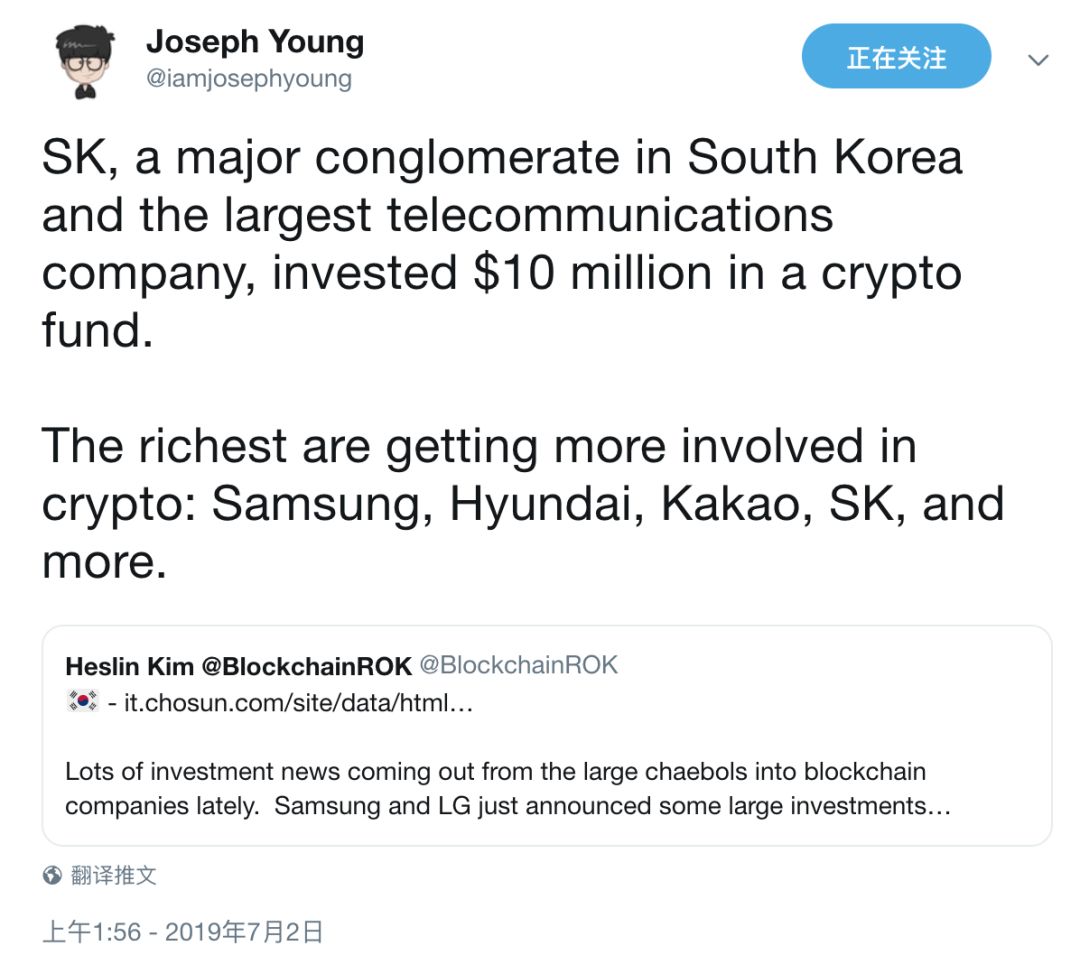 3. Bitcoon's mining pool btc.com is mining BSV. Jimmy Nguyen, CEO of nChain and one of the “BSV Big Three”, commented:

When did the ant mine pool join the btc.com team and also mine the BSV? We welcome the bite continent's mining pool to the BSV… Because, ultimately, business is important. 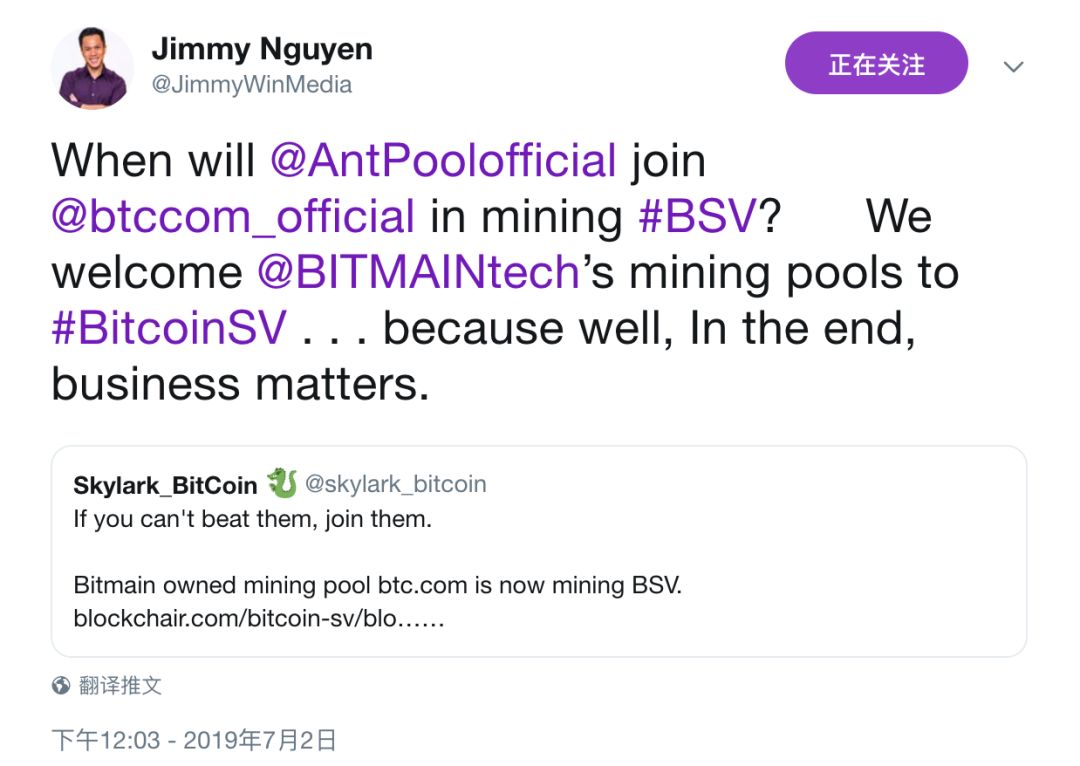 How should ordinary users protect their digital assets?

ChainNode Live Room 苟D Society Founder 苟方韬: Inspire content participants through content mining, there will be a repurchase plan in the future