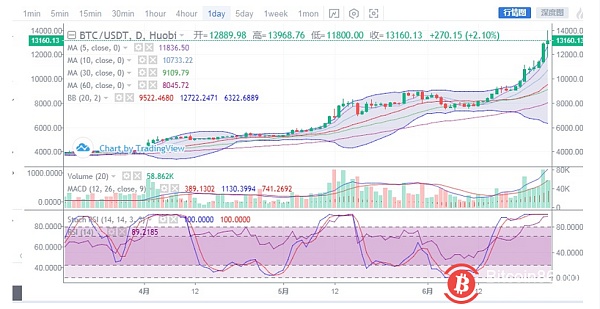 The trend callback broke the 5-day moving average, and there may be turbulence in the follow-up. On the daily chart, the Bollinger band is up, and the Bollinger Band is on the 340 US dollar to suppress the trend. The moving average is in a long position and still has the motive for the rise. The MACD is above the 0-axis, and the quantity can continue to flow. The STOCH forms a dead fork on the 50-level line. The RSI is down at the 80-level line. The trend is mainly shock but biased downward. The operation still needs to pay attention to the possible risk of breakage. The rebound is mainly short-selling. 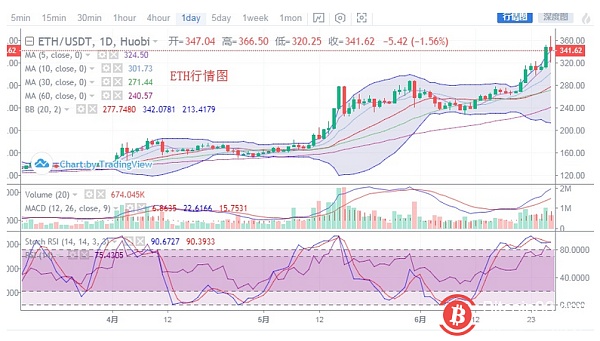 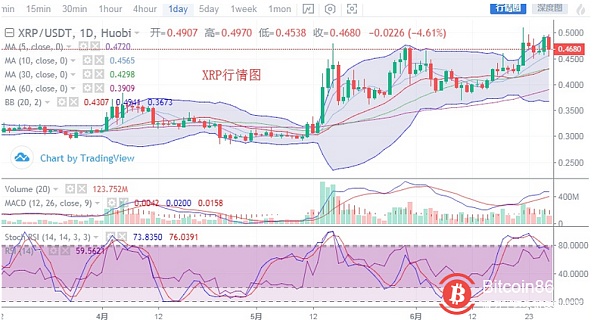 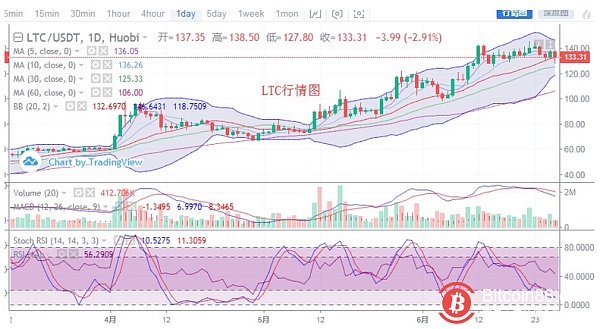 The daily Bollinger's opening condensation is parallel, and the price has already fallen below the Bollinger Middle Track. At this stage, the trend has entered the downtrend channel, so the price will not return to 135 US dollars in the short term, the trend will tend to go down, forming a sharp correction trend. The operation is recommended for high-altitude, rebound short, follow the empty order near 135 US dollars, when the callback continues to appear, you can open the position in the following batch, 130 US dollars, 120 US dollars to follow up; 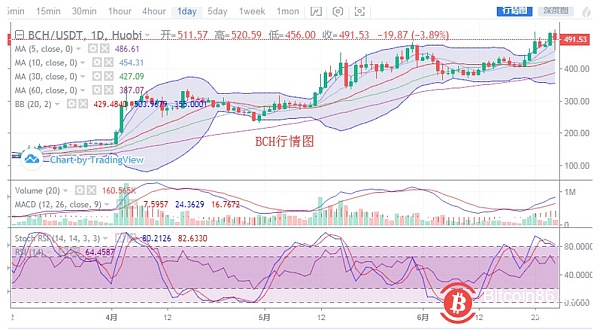 The trend fell sharply and hit the lower level of Bollinger. The recent shock trend also made EOS form a parallel channel of Bollinger Bands, and the trend remained volatile. This time, the price broke the 60-day moving average, and the lowest point reached 6.0 US dollars. Turning down the point, the trend has already been significantly broken at this stage, but the rebound is also relatively strong, the trend is also oscillating near the middle of the Bollinger Band, there should be a small amount of stocks to rebound in the follow-up, the operation is recommended to be low and low, the resistance is 7 dollars , supporting $6;

In the near future, the fluctuations will be relatively large, so we need to strictly control the risk of positions in the operation process to ensure the safety of funds. The mainstream currencies have fallen below the key support, and the trend is basically biased towards the callback, but the volume of this vacancy is strongly suppressed. After the follow-up can not continue to suppress, then the trend will form a counterattack posture, so when the trend reaches the key support, you can follow suit, the overall trend is still a optimistic attitude, the follow-up trend will still be adjusted back in the short term, and then the trend again If this wave can bring a good stop loss, then many of the friends' financial security is guaranteed. In the operation guidance suggestion, the author will strictly require the customer friend to take a good stop loss and make a safe and secure income model, and keep a good one. Operating habits, when the big market is fluctuating violently, the risk can be avoided in the first time, and the income is firmly controlled in the hands. This is what I have been reminding everyone, hoping to help more people to achieve a safer and more reasonable income model; (Fire Coin Information)

The data shows that the market value of BTC accounts for a new high in the year, and both long and short positions have a certain growth. 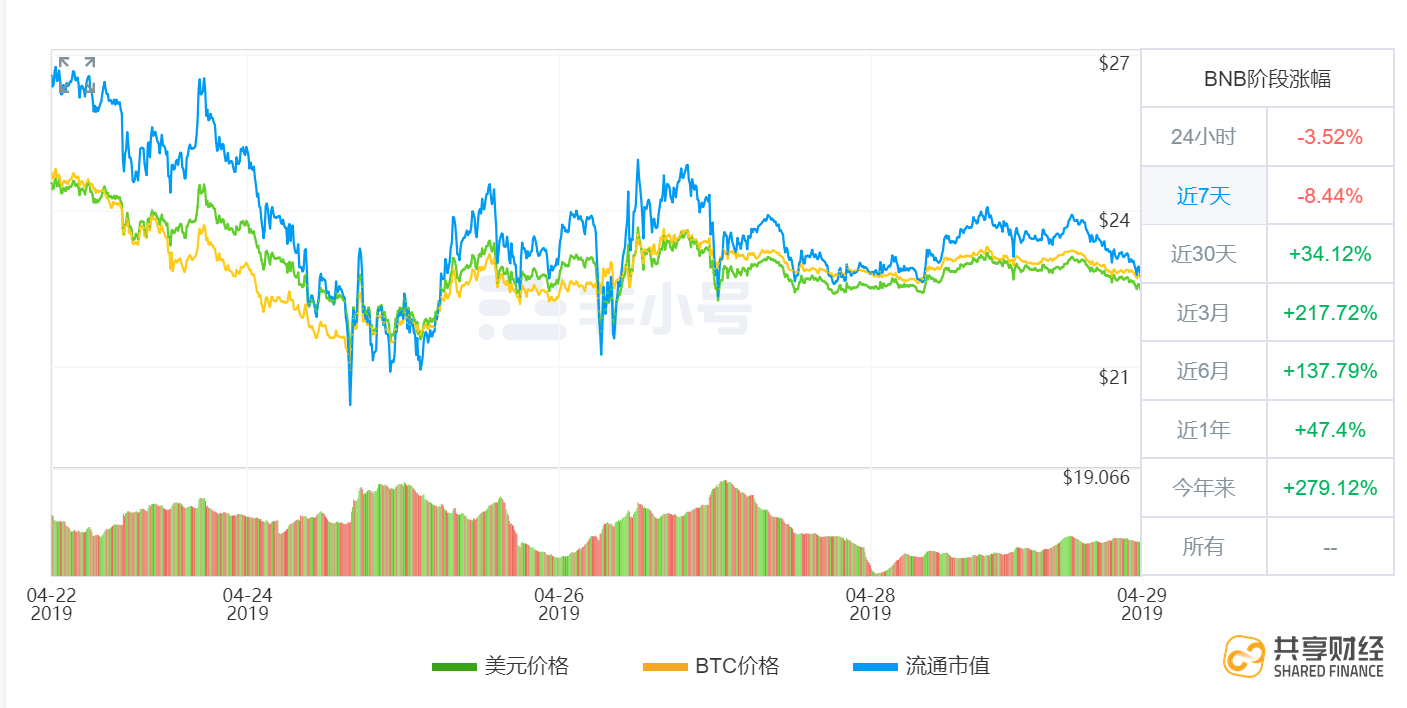 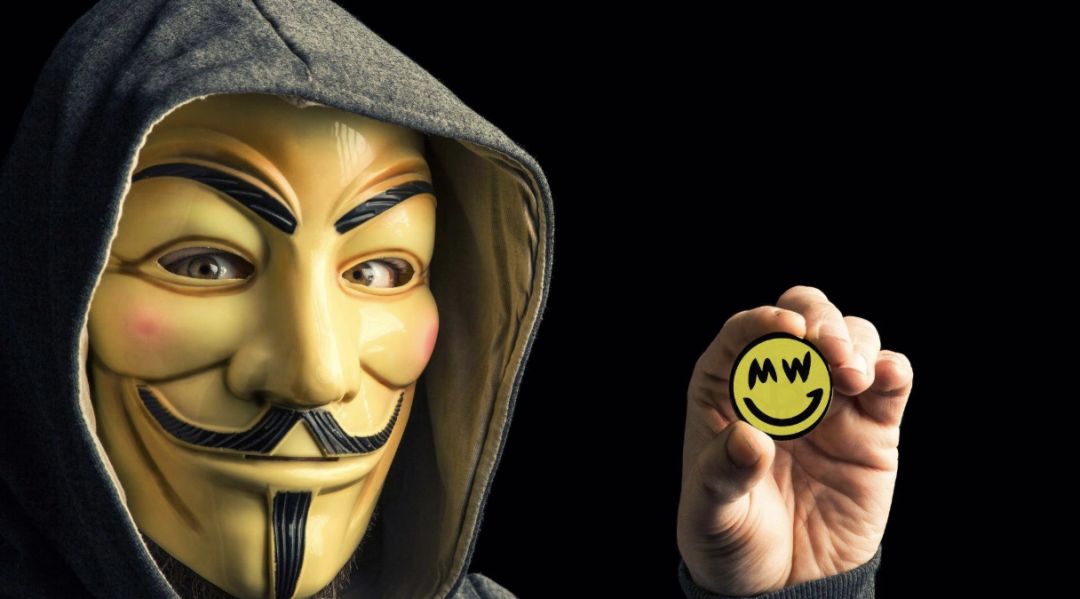