Today, many people in the circle of friends are sending Sina Finance's online currency market trend. This is a good result for the entire industry of cryptocurrency, but the market seems to be only a performance of BTC one currency. Other targets have not followed its sharp rise. I personally think BTC and gold. The degree of correlation is higher. Gold is currently oscillating in the vicinity of the previous highs, and there is a possibility of doing double heads. Another important news is that the US House Financial Services Committee sent a letter to Mark Zuckerberg yesterday, insisting that Facebook should "immediately" stop the development of Libra and see Libra as a threat to the global financial system. If the development of Libra is really suspended, it may be a big blow to the currency circle. How did it rise in the past time, I am afraid I will fall back.

BTC continued its rebound trend and is currently finishing around $12,000. The rebound of this round is beyond my imagination. I don’t know if the increase of USDT in the past few days has played a certain supporting role in the market, but I have not I intend to change my previous opinion. I think that if the target is rebounding, it will be down to another foot, that is, it needs to be a double-bottom structure. Unless it is directly above $12,400, I will change my previous view. If you really stand on $12,400, you will try again. The trend of ETH is much weaker than that of BTC. If ETH is on the way to C wave, then this round of rebound is definitely not too high. It is currently fluctuating at the integer mark of 300 US dollars, assuming BTC continues to rebound upward. If the target is likely to go up to the pressure of 320 US dollars, personally think that it is difficult to stand back, insisting that the logic of the C wave falls unchanged, is expected to call back to around $ 225. 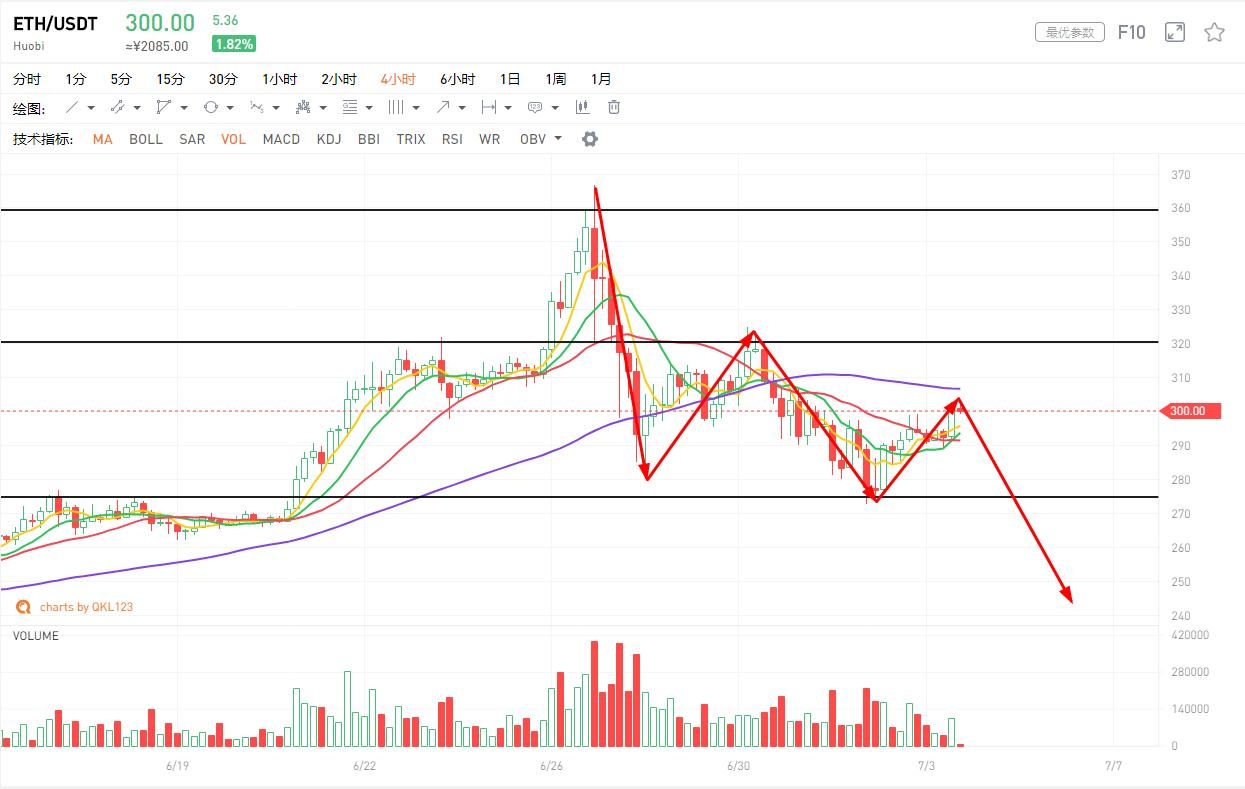 The EOS trend is still a little different from the previous two big brothers. When the target just started to fall, there is actually no volume released, that is, the target has just got rid of the structure of the head and shoulders, and then quickly returned to maintain ABC. The judgment of the decline is currently taking the c wave. I personally think that the current sideways shock is only a short-term stop, and it will not really stabilize here. The target will be at least $5 or so. If you fall, wait until around $5 to see if the point will stabilize. 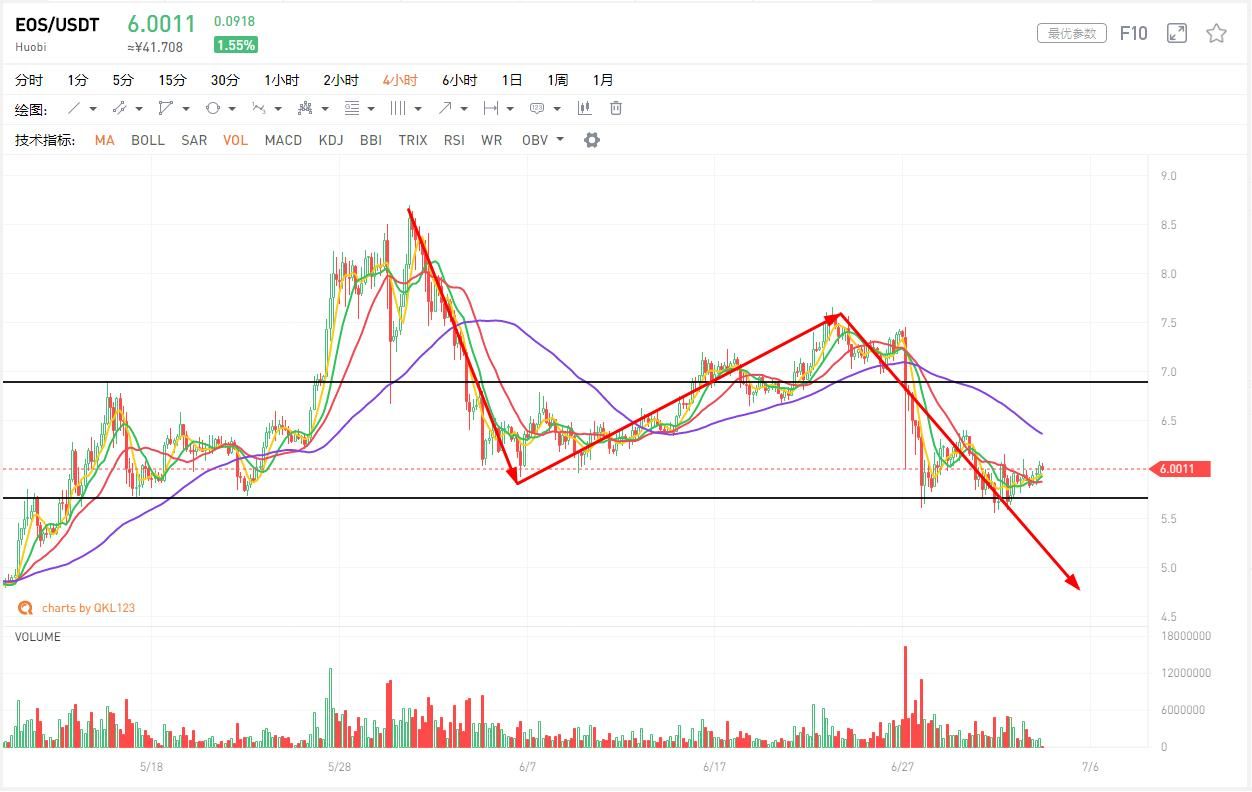 BNB will not follow the BTC rebound, and is currently falling along 5 antennas. Today, I saw a message, but I don’t know the true and false. The BNB of the Qian’an team has never been moved. If the news is true, the long-term of the target. The value is still very high, it deserves our long-term attention. At least an official team is accompanying you. In the past few years, we have also seen the vision and courage of the money security management team. The speed of development is obvious to all. The fundamental logic of investment is the investment team. The team can't do everything. However, the increase in the short term is indeed too big. I personally think that the target may test the support of 30 dollars. After the completion of the test, there may be a movement of the lower channel of the channel. If it is impossible to stand back to the lower track, it may go. ABC's downtrend channel, once again falling below 30 dollars, is assumed to be established, paying attention to leaving the market.

Analysis shows: Reddit Cryptocurrency sentiment remains positive even if the market is sluggish

Analysis: The frequency of interest in Bitcoin mentioned in the news headline has fallen to a 2019 low.