I believe that everyone has experienced a process from hopeful to disappointing, whether it is project performance or market value performance. But there is a class of projects that always seem disappointing. If you think about it, there will never be a project that is not disappointing. So which category is this?

The answer is the so-called "Heavenly King" project.

This year's biggest Uranus project is the two dogs Algorand, the first auction accounted for tens of millions, connected to the three major exchanges, airborne to the market value of the sixth, etc., let him become the most shining star in those days .

But his price movements are not unexpected: 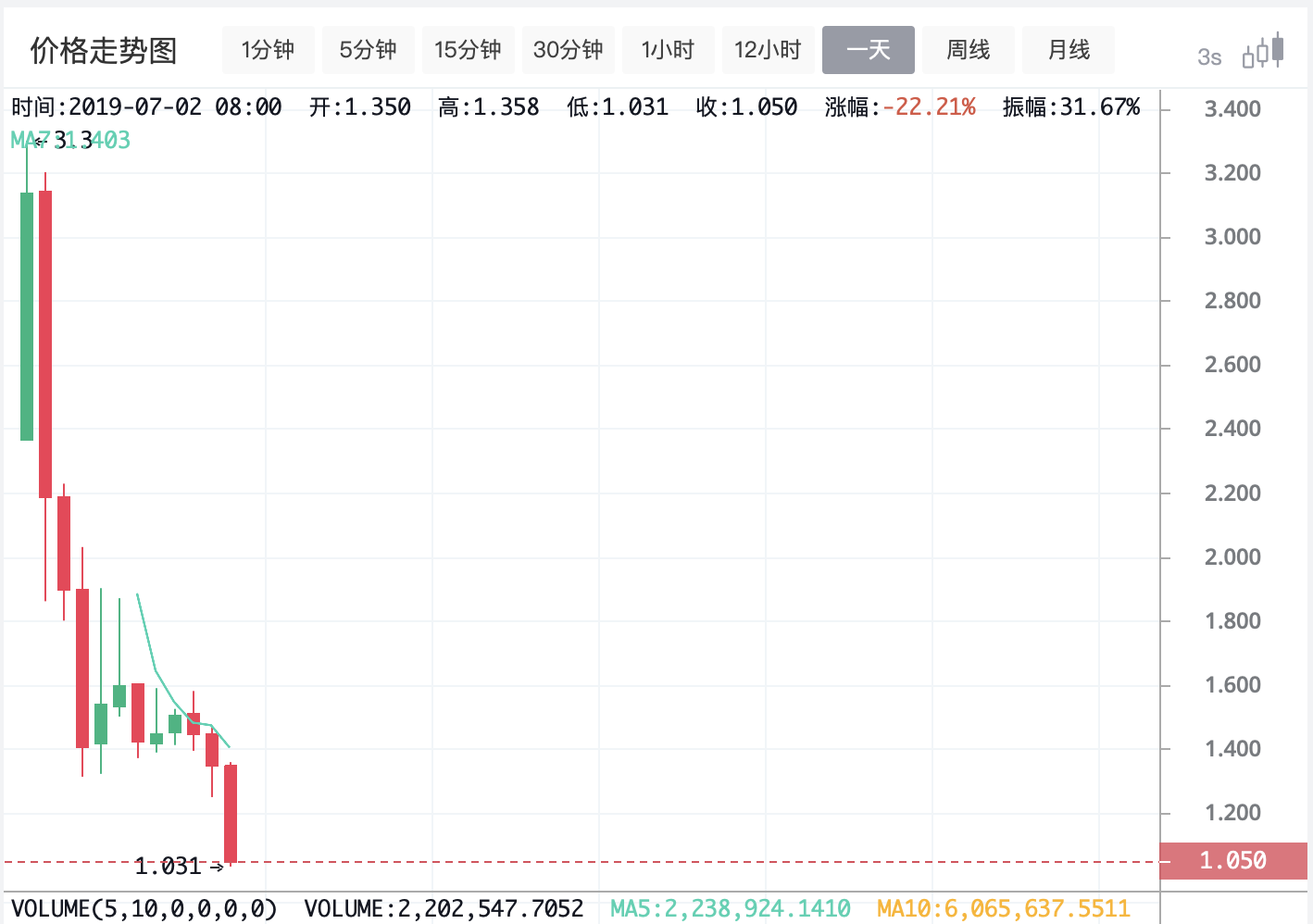 Also as the biggest star project in 2019, Polkadot (Boca) has not been online yet, but it has already been highly valued. Just the day before yesterday, Boka had just completed a new round of financing.

According to reports: "The cross-chain project Polkadot recently announced the completion of the second round of financing, financing more than 10 million US dollars. This round of financing was led by the early US dollar fund IOSG VC and the blockchain investment fund Fundamental Labs. It is understood that In the second round of financing, Polkadot sold 500,000 DOT tokens to institutional investors, accounting for 5% of the total DOT, in line with previous leaks from the Wall Street Journal. Polkadot is valued at about $1.2 billion.” (from block rhythm) BlockBeats )

You should know that the valuation of $1.2 billion is already ranked 16th in the current market capitalization list, even surpassing Cosmos, one of the popular cross-chain hot projects that has been on the line for some time.

How much room for growth can there be such a market value?

So back to our theme, why is this highly anticipated "Tianwang" project always disappointing after its launch? Because the organization has taken pre-, mid-, and post-investment quotas, there are not many retail investors able to participate until the listing.

Because of this, the principle of maximizing the essential benefits, the organization will cooperate with the project side to carry out continuous marketing promotion, project packaging, branding, value transfer and so on. As long as there is enough budget, it is enough to make a project from the nameless name, to the “hot items” before the opening, and even to everyone, not to mention the “Tianwang” project that was originally a quality project.

As a result, people’s expectations were raised before the IPO, because early investors need someone to pay for their 100-fold investment income, so they continue to publicize, publicize, and publicize, through various marketing methods, let you think that this project is even a direct airborne It is also reasonable to go to the top ten in the market value, so that the amaranths are willing to come in and take over.

But if you let the leek come to pay, the ending will not be too good. If you remember the so-called "Top Ten Kings Projects" in 2017 and 2018, you should be clear about what the results of this model will be. There is no consensus, and top-down propaganda can stimulate some people to pick up, but after all, some people can't help but make a huge profit.

And consensus has never been formed in the short term.

The organization has covered the project quota from beginning to end, and helped the project to slowly publicize, raise the valuation, and finally find the pickle in the secondary market. Does this model sound familiar?

Yes, every stock in the stock market is this way.

So what is the general performance of the stock market's new shares?

Of course, I don’t talk about A shares here, and A shares are not healthy. The globally recognized health story, Hong Kong stocks and US stocks, in fact, the rate of break is very high:

Once there are more and more “vested interests”, it will naturally lead to fewer and fewer cakes for retail investors. If the market cannot develop explosively (that is, the so-called bull market), retail investors will become blood transfusions and continue to maintain a large financial system.

Bitcoin and blockchain are a bottom-up revolution, and most of the projects have never been optimistic, including Bitcoin and Ethereum, and a BNB that broke open for a few months. The wave field that was shackled for a year, the "maximum air coin of the year", EOS, etc., were not optimistic at first, but they broke and then stood up again.

Projects that are optimistic about the entire market are without your chance.

Coindesk analyst: BTC's callback on the hourly chart ends and will return to the recent highs