On July 2, five US congressmen jointly sent a letter to Mark Zuckerberg (Facebook founder and CEO), Sheryl Sandberg (Facebook Chief Operating Officer) and David Marcus (Calibra CEO) asking them to suspend Libra development. The contents of this letter are as follows:

We would like to ask Facebook and its partners to agree to immediately suspend any advancement regarding Libra cryptocurrencies and their digital wallet Calibra. These products may create a new Swiss-based global financial system that will compete with US monetary policy and the US dollar . This not only brings serious privacy, transactions, national security and monetary policy concerns to Facebook's more than 2 billion users, but also concerns investors, consumers and the wider global economy.

On January 18, 2019, Facebook announced plans to develop a new cryptocurrency, Libra, and the digital wallet Calibra that stores the cryptocurrency. To help with this project, Facebook has recruited 27 other companies and organizations to form the Libra Association, based in Switzerland. These companies span financial services and retail, including payment systems such as Mastercard, Paypal and Visa, as well as technology giants such as Uber, Lyft and Spotify. Facebook's goal is to set up the Libra Association in early 2020 and hopes to attract more than 100 companies to join.

Although Facebook has published a “white paper” on these programs, the information on the goals, roles, potential uses and security of Libra and Calibra is too small, exposing significant risks and lack of clear regulatory protection . If products and services like this are not properly regulated and adequately supervised, they can trigger systemic risks that threaten US and global financial stability . These vulnerabilities may be exploited and obscured by criminals, just like other cryptocurrencies, exchanges, and wallets. In fact, regulators around the world have expressed similar concerns, indicating the need for strong regulation.

Investors and consumers using Libra to trade may face serious privacy and national security issues, cybersecurity risks and trading risks . Those who use Facebook's digital wallet — which can store trillions of dollars without deposit insurance — can also be an excellent target for hackers. For example, in the first three quarters of 2018, hackers stole nearly $1 billion from cryptocurrency exchanges. The system may also provide a platform for illegal activities and money laundering that is not adequately regulated.

Given the past troubles of Facebook, these risks are even more pronounced. In the past, Facebook was not always able to protect the security of user information. For example, Cambridge Analytica, a political consultancy hired by the Trump campaign team in 2016, has private data of more than 50 million Facebook users to influence voting. As a result, Facebook expects to pay up to $5 billion in fines to the US Federal Trade Commission (FTC) and will continue to be subject to an FTC consent order on the grounds that Facebook has deceived consumers and failed to protect the privacy of consumer data. In the first quarter of 2019 alone, Facebook deleted more than 2.2 billion fake accounts, including accounts showing terrorism propaganda and hate speech. Recently, the company was also sued by civil rights organizations and the US Department of Housing and Urban Development, claiming that its advertising platform and advertising algorithm violated the Fair Housing Act.

Since Facebook already has more than a quarter of the world's population, Facebook and its partners must immediately stop implementing the program before regulators and Congress have the opportunity to review issues and take action. During this suspension, we intend to hold public hearings on the risks and benefits of cryptocurrency-based activities and explore legislative solutions. Before we can do this, if Facebook's plan is not stopped, there may be a new financial system based on Switzerland that is too big to fail .

When Facebook announced its Libra plan to the world on June 17, the world of cryptocurrency shook as expected. This major news quickly spread in different fields and formed a strong momentum and related theories around this topic.

What followed was that the US Congress put pressure on Facebook : slow-moving government agencies demanded that Facebook suspend all activities related to Libra cryptocurrency development. And, before legislators take the time to figure out the potential impact of Facebook's actions, Libra's future remains to be discussed. It is difficult for us to judge whether this move is a desperate call from Congress or a rational, well-thought-out decision made by those still in power. What is certain is that Facebook's implementation plan will be temporarily suspended.

When Facebook released the Libra white paper on June 17, whether it was a liberal or institutional investor, or a regular cryptocurrency participant, any active cryptocurrency supporter expressed his opinion on this statement and View. Blockchain commentators pay special attention to Libra's governance rules, consensus mechanisms, and the new programming language Move . And those outside the cryptocurrency community spend a lot of time explaining the concept of digital assets to readers or listeners, but the difference between Libra and other currencies is often overlooked.

But one detail seems to appeal to everyone: Facebook asks each partner $10 million for the privilege of operating a Libra blockchain node. But unfortunately for Facebook, the New York Times quickly reported that no company has paid the fee, and several companies are not willing to pay for it . So the question is: Can we be sure that the members announced by the Libra Association will continue to participate in this project?

Libra Association will hold its first meeting in Geneva

This month, the Libra Association will hold its first meeting in Geneva. Perhaps the fresh Swiss air will motivate different delegates to reinforce their previous non-binding agreement (27 companies have announced partnerships with Facebook), or Facebook's surveillance, government and technical staff criticism, and cryptocurrency The suspicions expressed by experts may prompt some companies to withdraw . Despite the author's personal enthusiasm for cryptocurrencies and their potential to change the world, the things that have been read, watched, and discussed since Libra News broke have cast doubt on Facebook's goals and methods. The author knows that he is not the only one who is skeptical.

In just 15 years of operation, Facebook already has more than 2 billion users. And millions of users who don't use Facebook's flagship product interact with WhatsApp and Instagram every day. Given the rapid rise of Facebook, the company's plans are often ambitious and often implemented quickly, which is not surprising. However, as far as Libra is concerned, Facebook's ambitious goals may be somewhat unsatisfactory .

Although Facebook has always said that Facebook will only be one of the many members of the Libra Association, and that the association will operate independently of Facebook, Calibra will not share account information or financial data with Facebook or third parties without permission, but This grand project initiated by Facebook has been branded by Facebook since its inception . The huge amount of users of this social giant is the key to whether the project can achieve its desired goals. It is also the main consideration for attracting many large enterprises to join the node. .

The chairman of the House Financial Services Committee, Rep. Maxine Waters, responded immediately after Facebook published a white paper asking for a congressional hearing. Therefore, on July 17, Facebook representatives will appear again in Congress, and it is now confirmed that David Marcus will attend two congressional hearings on Libra . He said that he will have some doubts and misunderstandings about Libra in the past two weeks. Explain. Large companies trying to create a new global currency will undoubtedly cause anxiety and concern for regulators, especially if the company's previous reputation is not so convincing.

Previous Facebook executives have spent a lot of time defending their actions and inaction before the Congress, as described in the letter above, when Cambridge Analytica won during the 2016 Trump campaign. The information of 50 million Facebook users has been used to influence their voting behavior, which has made people's trust in Facebook drop to a record low. From a government perspective, the cryptocurrency that Facebook plans to launch with a bad history may compete against the dollar .

Will Libra compete with Bitcoin?

Some elements of Libra are skeptical by governments and regulators. We know that Libra is a stable currency designed to withstand volatility and maintain constant value. Most stable currencies (such as Tether and Gemini Coin) are anchored to a specific world currency (such as the US dollar), while Libra will It will anchor “a basket of low-volatility assets, such as bank deposits and short-term government securities from a stable and reputable central bank”.

In short, regulators believe that Facebook will not be subordinate to the dollar system, but may put the future prospects of the dollar at risk . Let us not forget that the dollar was once linked to gold. Similarly, once Libra is widely adopted, it may exclude the dollar from the anchored basket of assets, so that Libra can gain a dominant position in the major national currencies.

Libra is reluctant to link its valuation to a specific government-issued “legal” currency, and Facebook wants its cryptocurrency to be global. From this perspective, does Libra sound like other cryptocurrencies? If you think Libra sounds like the first and most trusted cryptocurrency, bitcoin, it's not unfounded, because Bitcoin is also committed to becoming a global currency.

Bitcoin has been around for more than a decade, and even those who prefer other cryptocurrencies will at least recognize the power of the Bitcoin community and the reliability of the Bitcoin algorithm. Banks, companies, and governments have been fearful of cryptocurrencies for years, and for most of them, to take advantage of this inevitable decentralized payment method while ensuring value stability, Libra is a global Sexual currency is undoubtedly a more attractive option . So what if these leading companies unite to create a viable way to compete with Bitcoin? From this perspective, the author is very skeptical that we will see the withdrawal of members of the Libra Association .

Of course, given the concerns raised by governments and cryptocurrency enthusiasts, it's no surprise that some of the partners announced by Facebook have stopped funding . The author and Libra discussed many people in the field of cryptocurrency and got some diametrically opposed views. While many people are skeptical, some believe that Libra will likely bring millions of people into the cryptocurrency space.

Facebook is one of the most powerful and influential companies in the world, but Libra may surpass their control. Only time will tell. The cryptocurrency community will also continue to pay close attention to its progress.

[The copyright of the article belongs to the original author, and its content and opinions do not represent the Unitimes position. Translating articles only to disseminate more valuable information] 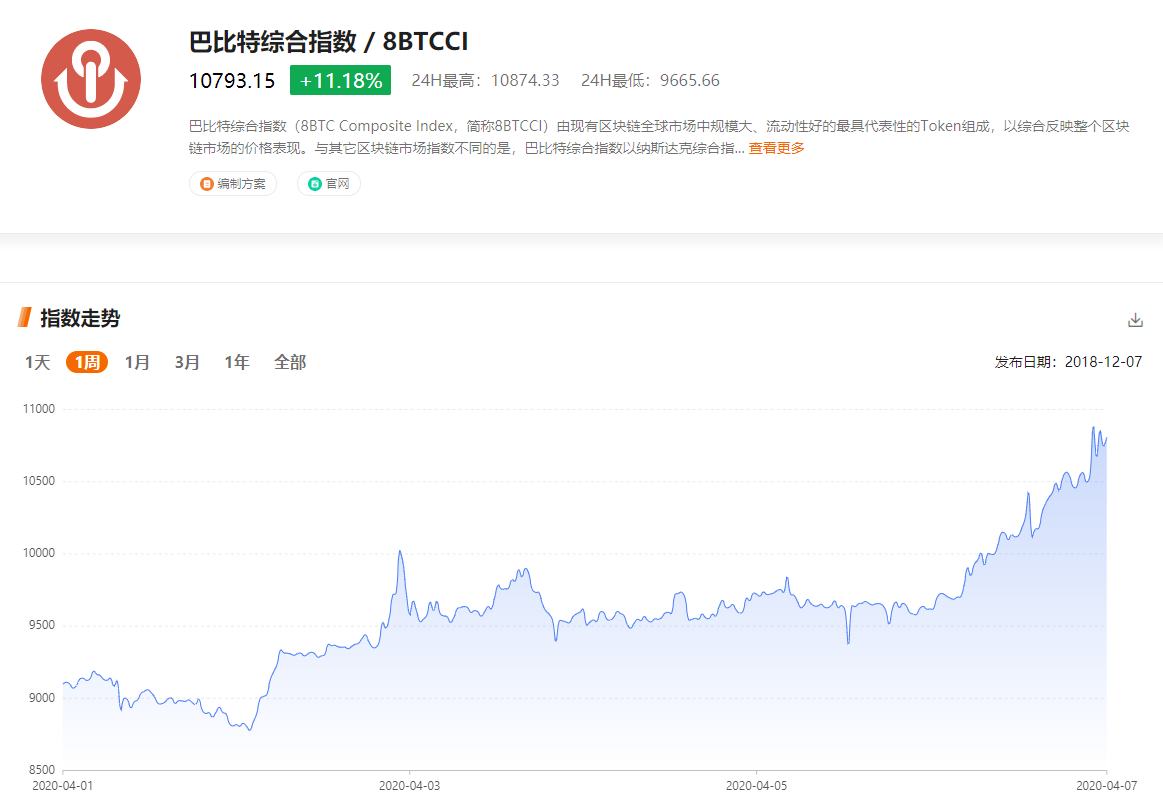 Cai Weide: Libra is the tool for the US dollar to continue to dominate, the terminator of Ruibo and USDT

CMC made its debut after being acquired, revealing the secret behind Binance's move, welcome to chat!