In the early morning, Bitcoin once again showed a pullback trend, and hit another $11,500. The overall trend was also maintained within the range mentioned by the author. At this stage, it is still in the lower limit of the range, so it is very likely that there will be a large callback trend in the follow-up. On the line graph, the Bollinger Bands remain parallel, and the 5-day moving average turns heads. The price is running above the 10-day moving average. The trend is still to maintain the bullish market. Currently, it is in the adjustment stage. If the trend falls and breaks $11,500, the trend will fall further. In the figure, STOCH is parallel above the 0-axis, STOCH forms a dead fork near the 50 horizontal line, and the RSI continues to descend. Then the BTC follows a trend of oscillating downward trend, and I suggest that the high-altitude is mainly low, 11900-12000 The dollar is empty, seeing $11,500, the decline breaks the area and continues to follow up to see the lows, mostly following up at $10,700-11,100, seeing $11,800-12,000, supporting $10,700, and resistance of $12,000; Remember to bring a good stop loss in the operation, this is the best security for the position. 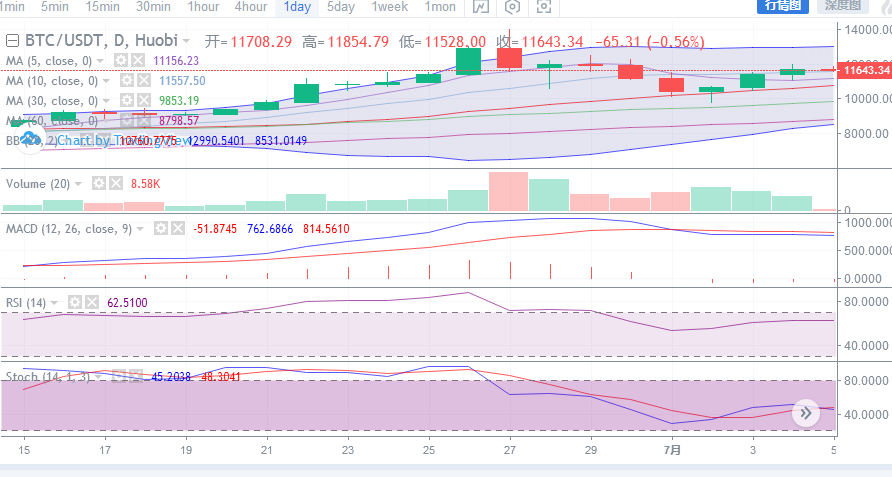 ETH Ethereum trend is more like a pie. Yesterday, bitcoin was adjusted in a limited amount of time in the interval. As a second currency, there is basically not much more difficult, and the trend has remained within the range of 290-300 USD. Fluctuations, the overall trend has also formed a downward trend of the shock, I suggest that the high-altitude is mainly low, the pressure above is moving downwards, follow-up operation suggestion: follow the 280-285 US dollars to follow the multi-single to see 300-305 US dollars, in 305-300 US dollars to follow the empty list to see 290-280 US dollars; the overall shock trend is too small, pay attention to grasp the timing of the operation, the benefits can be improved, the risk will naturally be reduced. 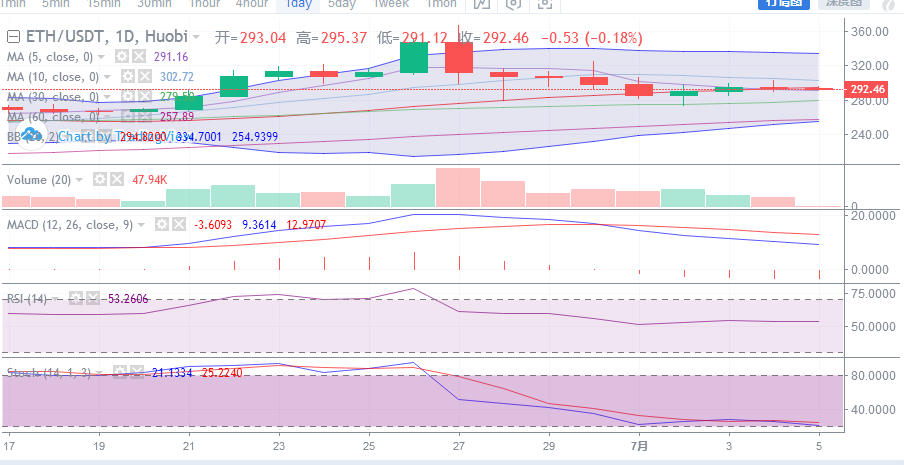 The downward trend of XRP shock has not been alleviated, the quantity can continue to flow out, the bullish will weaken, the price is in a weak area, and it is difficult to form a strong outbreak. It is understood in the figure that the XRP follow-up is a downward trend of the shock, so the follow-up process The hollow single is the main, but the decline has reached the bottom area, so it can be followed by a shock trend, supporting $0.38 and resistance of $0.43. 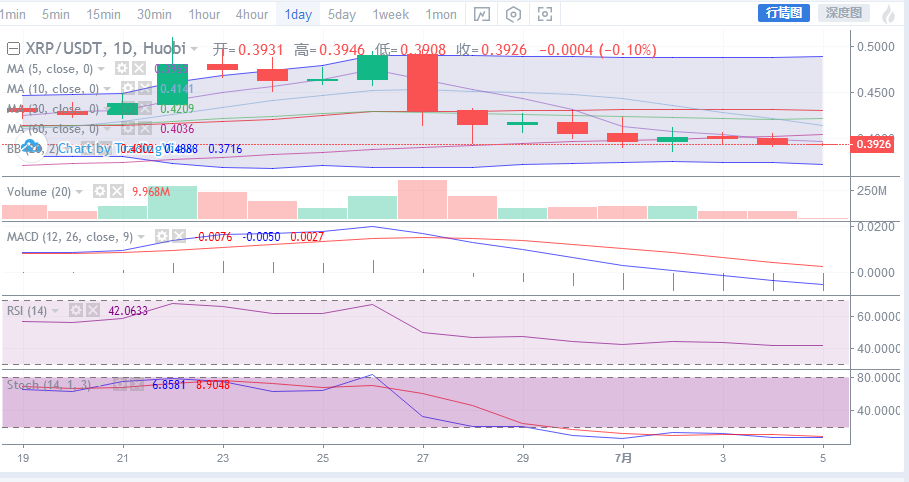 Although LTC has been in a suppressed posture, the author mentioned that LTC was at the bottom before, and the trend is getting stronger and stronger. Recently, LTC has maintained a profitable idea. Analysis of LTC cannot be treated by ordinary analysis. Many people analyze it. It is to see the falling trend of LTC, but the author is looking at the LTC bursting ability, so the author can also take advantage of everyone's continuous profit, the current pressure is constantly increasing, and the kinetic energy below is also increasing, so it has created a close-knit walking. Subsequent LTC will form a turbulent trend. I suggest that the high-altitude low is dominated, supporting $115 and resistance at $130.

BCH basically maintains a sideways trend. The long and short battles between the two sides are already heating up. The pressure on the top is also increasing. BCH has been in a state of suppression. Then the trend may enter the down phase, but if it can make a breakthrough in the adjustment to $420. Then, the trend will be stabilized for a while, and it is now a turbulent trend. Therefore, if it fails to stand firm at 420 USD during the adjustment phase, it may enter the callback trend. I suggest that the high-altitude low is mainly, support 400 USD, resistance. $430.

EOS continues to operate at the 60-day moving average, and the signs of the overall trend being suppressed have become more serious. It is likely to form a downward trend. At this stage, the trend is tight, so EOS is a volatile trend. I suggest that the high-altitude is mainly low. Support $5.5, resistance $6.0;

From the analysis data of Bitcoin and mainstream currency, it can be seen that today's overall market tends to be short, then the trend may form a round of decline. When the trend of the decline is small and fails to break the range, the market trend will still turn. Well, when the trend breaks the range, then the market may deteriorate. Then we need to consider avoiding risks. The current trend may have currency differentiation, grasp the follow-up of strong currencies, and some currencies will slowly open positions in the bottom area. It is a more effective operation mode in the current market. The current market is getting more and more glued, so the market is getting closer, so we have to grasp the follow-up megatrend and enter the stage of continuous harvest.

Market Analysis: Mainstream currencies are retreating as scheduled, but BTC is still stable above $10,000 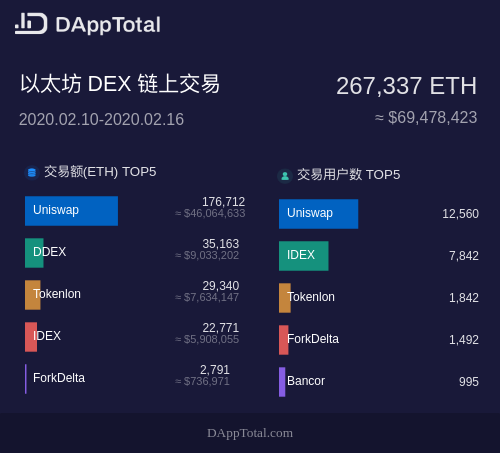 A war triggered by an account: Why did the BCH supporters of the past take off the powder and step back?