Liu Cixin (author of "Three-body", winner of the 2015 Hugo Awards) said at the Internet Conference in 2018 that there was no similar bitcoin in previous science fiction novels. This is probably the development of technology in front of science fiction. one example. In fact, in 1999, American writer Neil Stephenson created a novel "Cryptonomicon" ("Password Collection"), a science fiction novel based on cryptography and computer science. This novel was published ten years before the birth of Bitcoin, but it has advanced advanced concepts such as electronic cryptocurrency and anonymous Internet transfer.

Readers who are not computer backgrounds will have difficulty understanding the technical details in the book, but the book has been well received by many sci-fi readers and literary critics. It was nominated for the 2000 Hugo Award for Best Novel Award and the British Arthur Clark Award, and won the 2000 Best Track Science Fiction Award and the 2013 Prometheus Award.

Neil Stephenson is an American writer known for his novels. Born in 1959, his father is a professor of electrical engineering and physics, his mother is a professor of biochemical engineering, and Stephenson himself has a degree in geography and physics from Boston University, but he prefers to study large machinery. In his novels, he often explores subjects such as mathematics, cryptography, linguistics, philosophy, currency, and history of science. 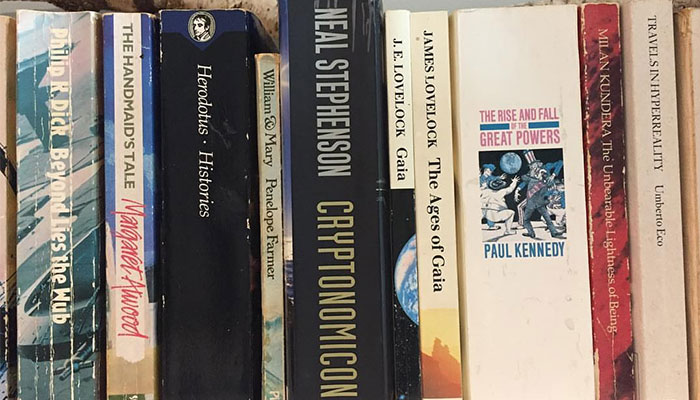 "Password Collection" is a legend of more than a thousand pages. It is a clue to deciphering data passwords. It combines the elements of historical novels and technological thrillers to decipher the Nazi code from the Second World War. "Today's "information paradise" established in Southeast Asia, the characters studied computer, Internet and cryptography, developed an anonymous online banking system based on electronic money, and also in the fictional Sultanate of Kinakuta. An island country built an underground data haven and encrypted all network traffic. This is a history of the flow of information across time and space, and has been regarded as a "Geek Bible" by generations of IT people.

Compared with Stephenson's other masterpieces, Avalanche and Diamond Age, Cryptography is a science fiction novel that is closer to historical novels and tech thrillers. The book has performed many famous historical figures, such as Alan Turing, Einstein, MacArthur, Churchill, Yamamoto 56, Dunnitz, Hermann Goering, Ronald Reagan and so on. At the same time, the book is also known for its high technicality. It introduces the principles of modern cryptography (such as RSA) based on information theory, modular arithmetic and prime decomposition, as well as other topics in the field of computer security such as the UNIX operating system. . The famous cryptographer Bruce Schneier designed a real encryption algorithm for this book. The complete paper and Perl code are also given in the appendix. If we stand in the age of the author's writing of this book, many of the technical descriptions in the book are actually forward-looking, which is why the Coded Collection can be regarded as a geek novel.

The Chinese science fiction film "Wandering Earth", which is popular in the Spring Festival, has the potential to be a bullfight. Although it has many flaws, it is still considered a milestone in Chinese science fiction movies. The whims of gazing at the puzzles, the imagination of those expeditions to the Xinghai, seem to have just been wise. In ancient Chinese literature, there is no lack of fantasy and dazzling light, the names of those very imaginative works: "Shan Hai Jing", "Journey to the West", "Strange Tales from a Lonely Studio" and "Mirror Flower" and even Lu Xun's "New Stories" They are all great works full of wonderful fantasy. "Zhuangzi" explains philosophy with abundant imagination and beautiful singing.

Today, Science Fiction magazine has been published for 40 years. Science fiction is the exclusive cultural language of this technology era, and it is the ability to dialogue and communicate with the whole world. Science fiction is the transformation of fantasy literature in modern times. When fantasy re-enters the road, in addition to the spiritual needs that are eager to transcend reality, it is more important to stand on the cornerstone of solid scientific knowledge and scientific vision.

Today, we can face a photo of the Burberry backpack on the app and pay the order for nine thousand dollars. It is not the photo value of 9k, but the actual object behind the photo. We believe that the backpack will be delivered by courier. Assets are being digitized constantly, and then more physical objects and services will be digitized. The blockchain is just a low-level technology. Bitcoin is the digital asset under the support of this underlying technology. We look at it 20 years later, that is the future economy, and the middle process is the comprehensive digitization of assets. "Bitcoin is a number stored in a distributed security book on the Internet. How does a string of numbers become a valuable asset? This is ridiculous." Someone will ask this question. In fact, instead, a series of figures has become a few thousand dollars, but thousands of dollars have become a pile of numbers, assets are becoming numbers, not numbers have become assets. Don't be limited by the bitcoin in front of you and the blockchain that you don't understand. The reality is that you are leading the virtual world around the clock.

Hawking's "The Universe in the Husk" points to the closure of the universe on a huge scale, and history is turning around in this closed universe. The cosmic sociology in "Three-body" makes everything cherished by mankind insignificant in the face of higher wisdom. The 5,000-year-old sorrow and joy is just a two-dimensional painting. Everything we experience is nothing but a glimpse.

History has made us step by step in the shadow of our predecessors, and science fiction directly exposes us to the sun. The sci-fi's grand atmosphere can bring us pure enjoyment and return to the awe of nature. We don't know what kind of scenes of human life in the future, digital currency, holographic projection, intelligent robots, aircraft, interstellar travel, AI companion… We are also not sure where they are, only the childlike curiosity and radiant imagination, with a multi-faceted attitude to accommodate all the possibilities of extending future science.

BCH quickly rose, and the daily increase was over 5% 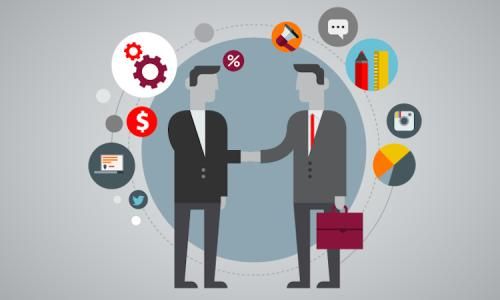 The data shows that the trend of bitcoin is glued, and the probability of short-term rebound is large.