The entire technical paper is divided into 10 parts:

A resource, also known as a resource value, is a record that binds a field name to a value. The value can be an integer or a complex number, or even a resource embedded inside a resource. 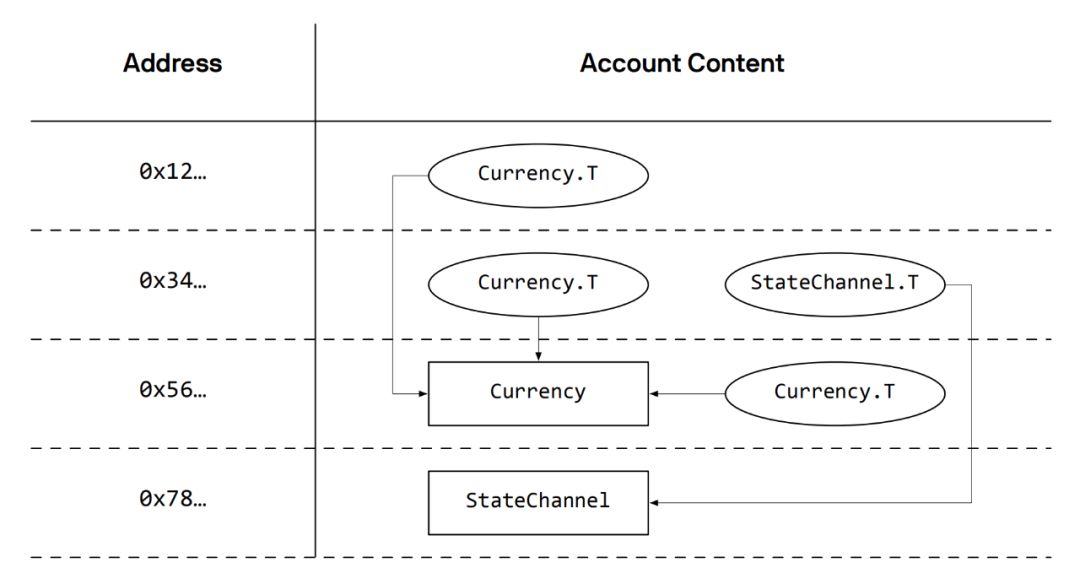 How to find a resource?

For example, under account 0x12, in order to retrieve the 0x56.Currency.T resource, the client makes a request through the following address:

The establishment of resources and the definition of resource types are all carried out in modules. These rules for converting, deleting and publishing established resources are encoded in the module. Move's security and validation rules prevent other code from modifying resources.

The naming of modules in an account is unique, ie each name can only be used once per account to define a module. For example, a 0x56 account can no longer name other modules as Currency, but other accounts, such as 0x34, can name the module belonging to it as Currency, for example, 0x34.Currency. Note that 0x56.Currency.T and 0x34.Currency.T are of different types and cannot be confused.

The security update of the module is a future extension of the Libra protocol and is currently under study and can be considered a challenge.

In general, a transaction consists of a transaction script and parameters that are entered into the script, where the script is written in Move byte encoding, and the parameter can be the address of the receiving account or the number of Libra coins sent.

The execution of the transaction is accomplished by the verifier running the script, and the script parameters and the book status are used as input to the program to produce a fully deterministic output.

Executing a transaction T i will generate a new book status S i and execution status code, gas usage, event list, which are all concentrated in the output O i . The execution status code records the results of executing the transaction, such as successful execution, exit due to an error, exhaustion of gas usage, and so on. The gas usage records the amount of gas used to execute the trade. See Section 3.1 for details. What is the event?

The event list is a "by-product" generated during the execution of the transaction, similar to the concept of logs and events in Ethereum, but the purpose of use is completely different.

Note that the transaction can only generate events and cannot read events. This design only allows the execution of the transaction to be based on the current state, rather than on historical information, such as reading past events that are not allowed.

Consensus agreements package transactions into chunks, just as an optimization to drive consensus execution. But in the logical data model, transactions are generated in order, and there is no need to distinguish which block contains which transaction.

The verifier responds to the customer's query of past ledger status, transactions, and output through the history of the ledger. For example, a customer may query the status of a ledger under a certain version number. For example, what is the account balance at address x under version 30? The customer may also query for a specific type of historical event, for example, the address is What payments did y's account receive in the last 20 minutes?

This mechanism allows the customer to audit the verifier to ensure the correct execution of the transaction.

This section is analyzed. In this section, the blockchain is stored in a version of the database. The historical state of the books is important because the transactions are in order. The current transaction is based on the previous transaction, otherwise it will be messy. Now we have to put the bank to help us keep the book on the blockchain. Therefore, the historical state and current state of the book are all required to be portrayed.

In addition, customers can audit the books, the advantage is transparent, the disadvantage is that privacy can not be protected.

Learning Times: Digital technologies such as blockchain and the real economy are becoming increasingly integrated, injecting new sources of economic growth into China