On July 1, the "Regulations on the Management of Domestic Waste in Shanghai" was officially implemented, and it continued in this period.

The way of garbage disposal that penetrates to the source is a development trend. After all, developed countries have relatively complete system engineering and have produced beneficial social values.

Observed from the organizational form, this is like a distributed calculation of the blockchain. The difference is that the computing power is the human brain.

In the past, the city's governors and related units continued to learn from the better country of garbage classification, but if the model is simplified, reference to a distributed computing organization such as Bitcoin, or can bring other experience.

Before discussing garbage and bitcoin, let's take a look at the relationship between garbage classification and entropy, because entropy and distribution are closely related.

Observing from the "entropy" theory, garbage and human destiny are closely related.

Physicists tell us that in the process of transforming ability or matter from one form to another, there is always something that becomes useless, that is, it becomes garbage, which is entropy increase.

The more substances a human consumes, the more energy is dissipated, so entropy shows an increasing trend. The maximum value of material loss is that all matter becomes garbage, and the maximum dissipation of energy is “dead silence”. In other words, it is the demise of mankind. This is the law of nature – the law of entropy.

Garbage is a product of “entropy increase”. In order to alleviate the demise of “garbage and burying the city”, humans need to dispose of garbage and convert it into new energy or matter.

From the 1.0 to 4.0 process, the form of expression is the development of human civilization, but the underlying physical logic is the use and control of energy by human beings.

Interestingly, when electricity becomes the main source of energy for residents, the per capita electricity consumption and the garbage disposal stage almost match.

The per capita electricity consumption can be divided into four grades: the first grade is the annual per capita electricity consumption of more than 10,000 kWh, mainly in a few developed countries such as North America, Northern Europe and Australia. This region, especially the Nordic countries, is the benchmark for 4.0, and residents are more likely to deal with garbage sorting than we are familiar with. Its hardware equipment is even beyond the reach of Japan. (Learn about the vacuum waste recycling system in Finland) 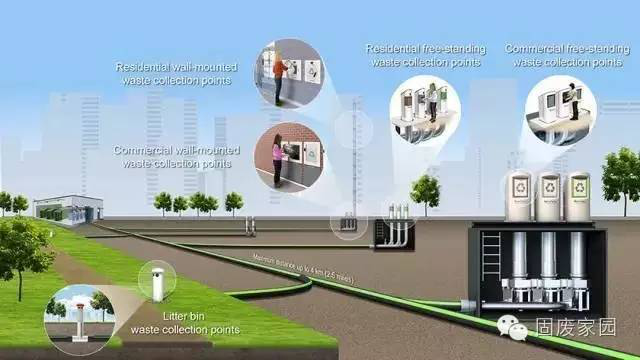 The second grade is 5000-10000 kWh, and most developed countries are listed here. These national wastes have achieved a 3.0 operation, namely centralized classification processing. Some developed provinces and cities in China are at this stage. For example, the newly built garbage treatment plants in Shenzhen will be classified and processed.

The third grade is 2000-5000 kWh, mainly including emerging markets such as the BRICS. In 2018, China's per capita electricity consumption is 4,889 kWh, which is about to break through this stage. Most of China's garbage is still in the 2.0 stage, focusing on landfill and incineration.

The fourth grade is less than 2,000 kWh, mainly in some developing and underdeveloped regions. For example, in India, the average per capita was 1,118 kWh in 2017, and a lot of garbage was left on the roadside and was in the 1.0 phase of garbage disposal. 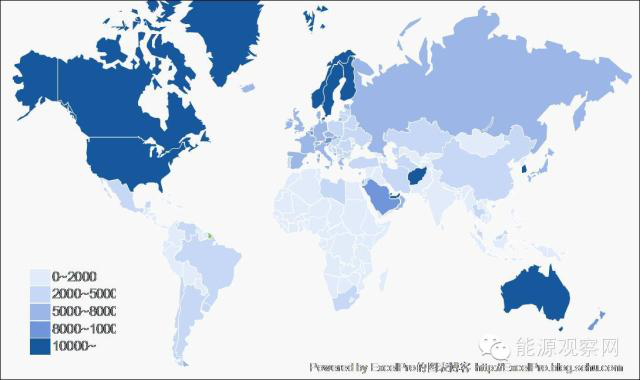 These data show that the treatment of garbage entropy requires ample energy to protect. When a city, the region's energy mainly solves the problem of residents' food and clothing, it does not care about garbage classification. The finer and more orderly the garbage classification, the more energy it needs.

What does distributed garbage disposal learn from the blockchain?

Next, we can explore the relationship between distributed garbage processing and blockchain.

First of all, there is a conclusion. Why do many companies or organizations become less efficient, become bureaucratic and procrastinating? Huawei has discussed: This is caused by the "entropy" law. Performance in organizational carrying, process speech, lack of technical innovation, business integrity; personal greed, ease and enjoyment, lack of mission, no sense of responsibility. The reason is that the complexity of the centralized system leads to a decrease in efficiency, so the introduction of a decentralized distributed system can maintain the low entropy of the system.

But how can a distributed system reach a consensus? From the garbage classification in Shanghai, it can be seen that so many sarcasm shows that the consensus does not seem to be reached.

In the theory of entropy, there is a Maxwell demon (note: Maxwell's demon, an imaginary demon in physics, capable of detecting and controlling the movement of a single molecule, in 1871 by the British physicist James Maxwell to illustrate the violation of thermodynamics. As envisioned by the possibility of the law, this "little demon" was later proved to consume energy, but it can use very little energy to maintain the system's low entropy. There are a large number of such low-entropy systems in nature, such as birds that can not collide in the air; fish can be quickly organized in the ocean. They all follow only the distributed system, the simplest protocol, but the miracle of the whole system, each individual keeps the system at the lowest entropy.

Back to the garbage classification, the experience of developed countries shows that punishment is a kind of "Maxwell demon" that reaches consensus. As we all know, Japan and Northern Europe have high penalties for not complying with garbage sorting.

Shanghai is also currently taking penalties to maintain the low entropy of the system, but the maximum penalty for the unit is only 50,000 yuan to 500,000 yuan.

But the energy consumed by this penalty "demon" is still huge, in other words, the cost of law enforcement is high. Because punishment is still central. Action distribution, governance centers, governance costs are necessarily greater.

Can you achieve a "Maxwell demon" with less energy rules? The emergence of the blockchain gave us some ideas.

Based on the first organization of the blockchain, the Bitcoin organization has been in operation for 10 years. Its vitality is still very strong, and the "demon" that maintains this system is very simple, "mining the BTC." Bitcoin achieves action distribution and governance distribution.

Can you follow the blockchain, for example, users can take short video shots of garbage sorting and get certain points. Points can help improve credit and even get some rewards. The rewards can come from the benefits of garbage disposal. Therefore, action and governance They can all be carried out at the terminal through a smart contract agreement. This system reduces the energy consumed by the demon and achieves low entropy operation of the system.

Zhao Changpeng: There are market makers trying to attack the currency futures platform, users are not affected

Korean media: Upbit may have stolen other altcoins, with a total loss of $ 79 million